The Getty Celebrates L.A. Architecture, Including the Buildings That Might Have Been

Architecture shows in Los Angeles examine the city that is, and the one that might have been. 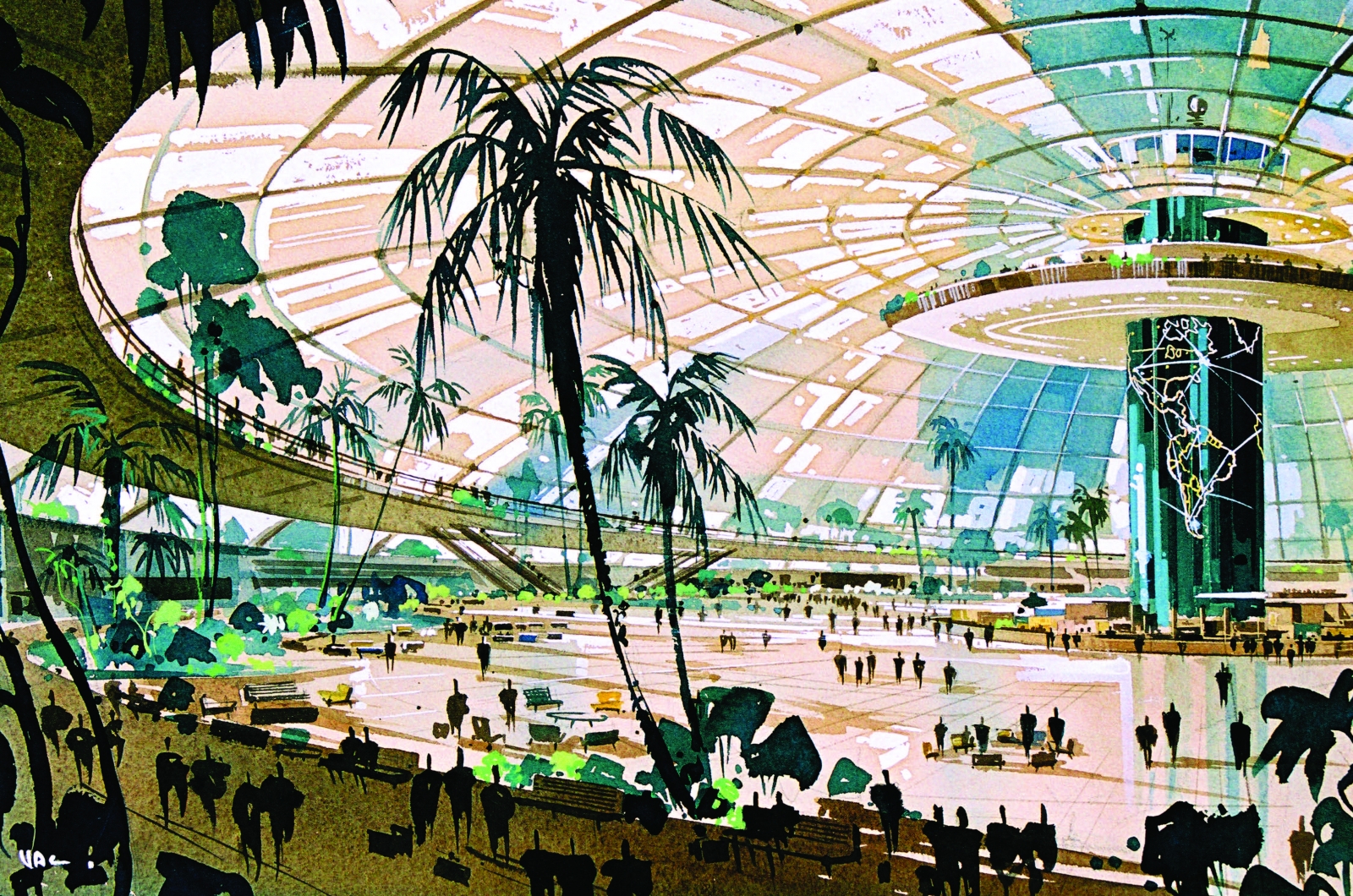 RIO THEATER
In the early 1940s, the theater architect S. Charles Lee began to produce designs in which, wrote historian Maggie Valentine, “Bold replaced sleek. The entire building, not just the marquee, was now readable from the car.”

If you think Los Angeles is an unplanned city suffering from uncontrollable sprawl, a new exhibition at the Getty Center disagrees. From its earliest days, we’re told at Overdrive: L.A. Constructs the Future 1940–1990, city planners purposely designed L.A. to be vast, eclectic, and polycentric. At first you’d get around by electric train; later, the freeway—everyone’s favorite—was overlaid on that system. So please don’t compare Los Angeles, the first truly modern metropolis in the world, to older places such as New York City or Chicago.

Overdrive anchors a celebration of modern architecture in Los Angeles that runs through this spring and summer. The Getty Foundation helped fund Pacific Standard Time Presents: Modern Architecture in L.A.— a series of 11 exhibitions, and dozens more events. One show hearkens back to a gallery that the architect Thom Mayne ran in his house in 1979, while another one examines a stunning new design by Swiss architect Peter Zumthor to redefinethe Los Angeles County Museum of Art. Architect Jean Nouvel will be at hand to discuss his opera sets for the L.A. Philharmonic’s production of The Marriage of Figaro. CicLAvia will close miles of Wilshire Boulevard to cars for a day, to give it over to more than 100,000 cyclists. 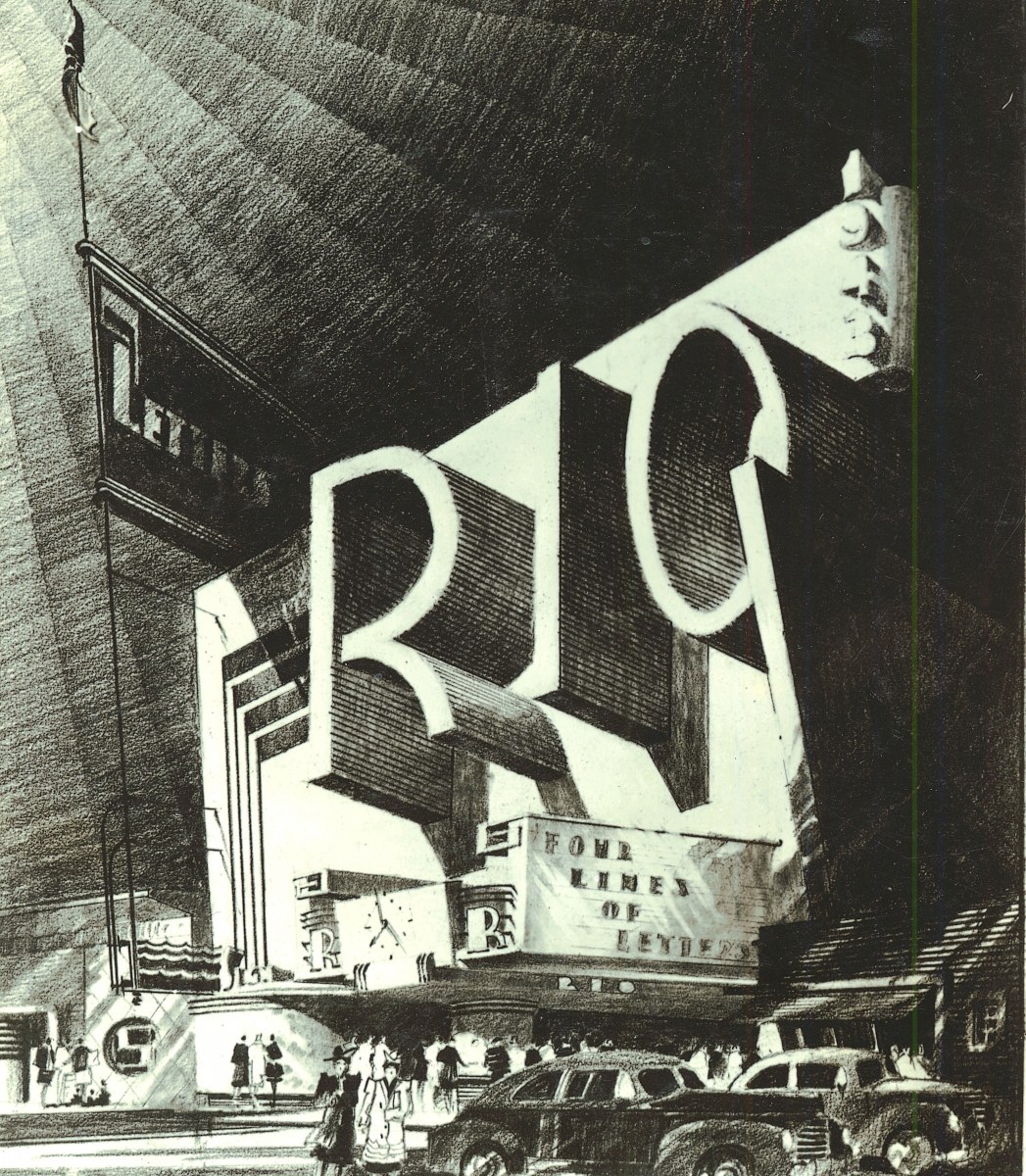 RIO THEATER
In the early 1940s, the theater architect S. Charles Lee began to produce designs in which, wrote historian Maggie Valentine, “Bold replaced sleek. The entire building, not just the marquee, was now readable from the car.”

If these shows present what has been built, a compelling counterpoint comes from a new book, Never Built: Los Angeles (Metropolis Books, 2013) and its accompanying exhibition, which will run July 11 through September 15 at the A+D Architecture and Design Museum. Where Overdrive celebrates the city’s existing systems, here we see the visions that were never realized— a “bicycle freeway” from 1900, monorails, and people movers. What a different city L.A. might have been, with houses of the hills rather than on the hills, and acres upon acres of parks. Some of the projects are so grandiose you might be glad they were abandoned, but all are provocative. Seeing them together is a reminder of the power of dreams in a city where dreams can fade so easily. 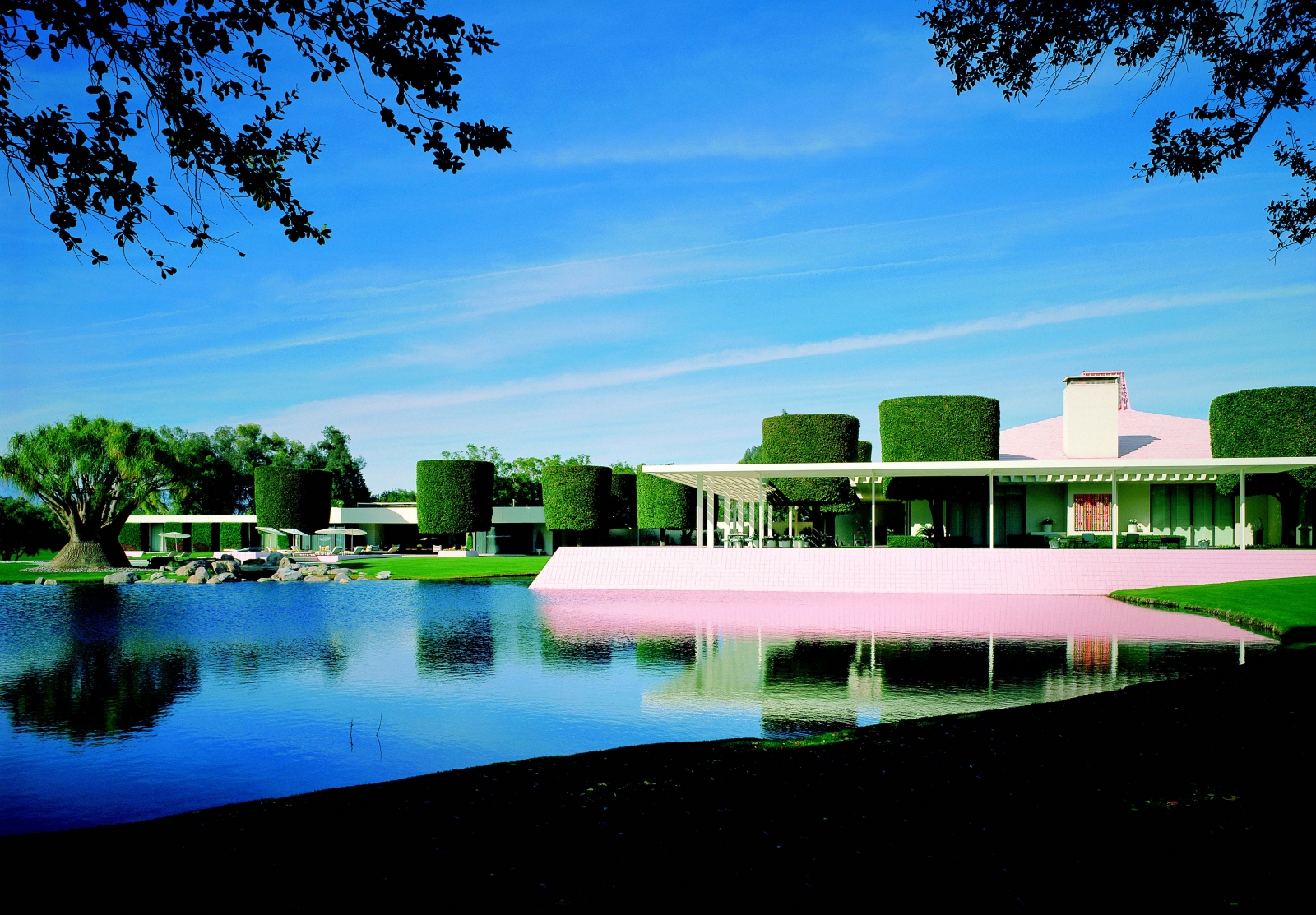 SUNNYLANDS
The exhibition, A. Quincy Jones: Building for Better Living, at the Hammer Museum, showcases the architect’s residential designs, such as this 200-acre estate in Rancho Mirage, California.

At a time when urbanites are looking past America to Asia to see what’s really new, the two initiatives return to the serious study of L.A. as an urban laboratory, an enterprise that has been going on since at least the 1960s, in books by Reyner Banham, Joan Didion, and Mike Davis. Seeing the city’s built and unbuilt legacy together, the sheer, overwhelming optimism of twentieth-century Los Angeles comes to the fore. May these exhibitions spark more of it. 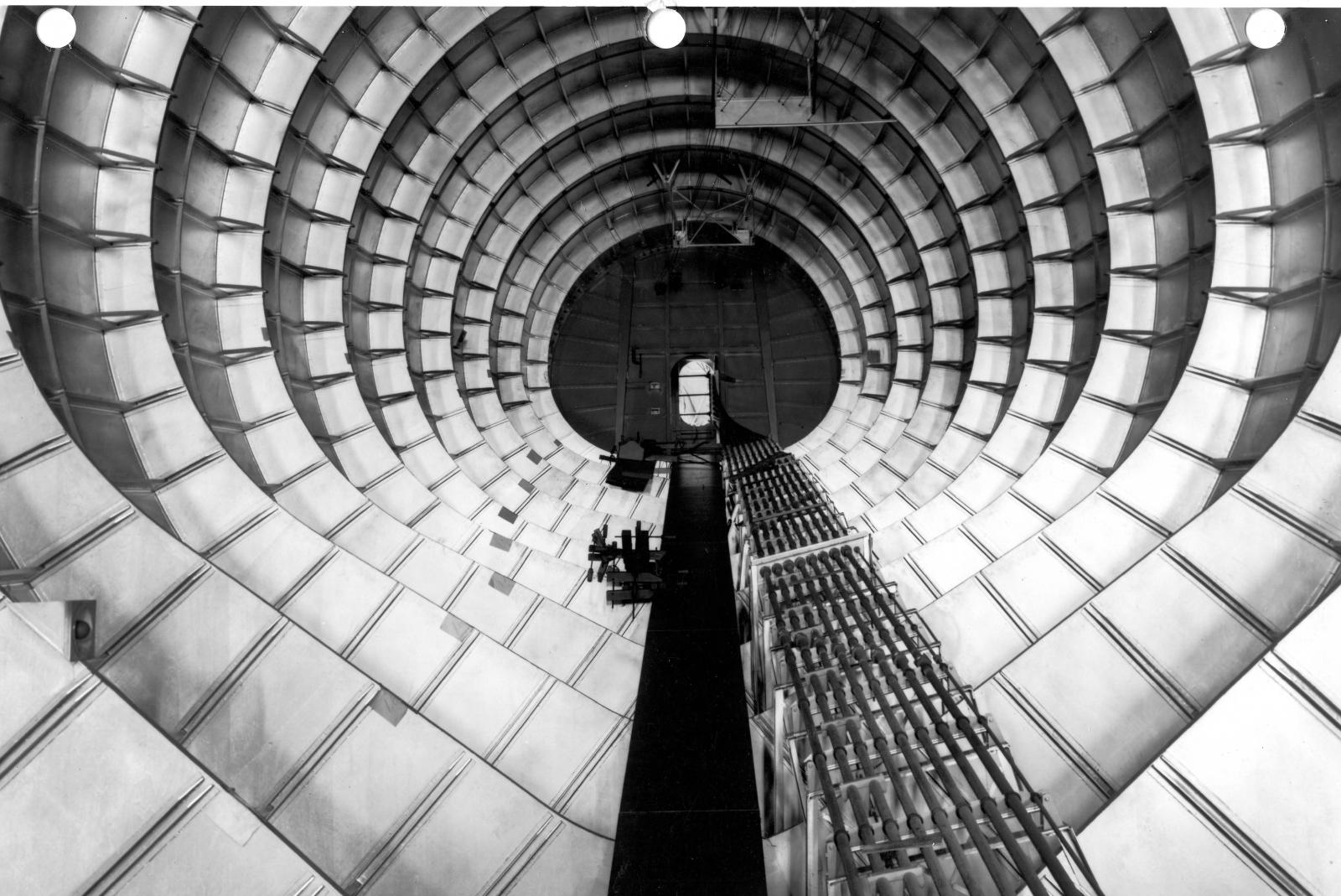 HUGHES’ “FLYING BOAT”
On display as part of Extreme IDEAS: Architecture at the Intersection at UCLA Architecture and Urban Design, this image shows the construction of the largest aircraft of its time, affectionately known to locals as The Spruce Goose.