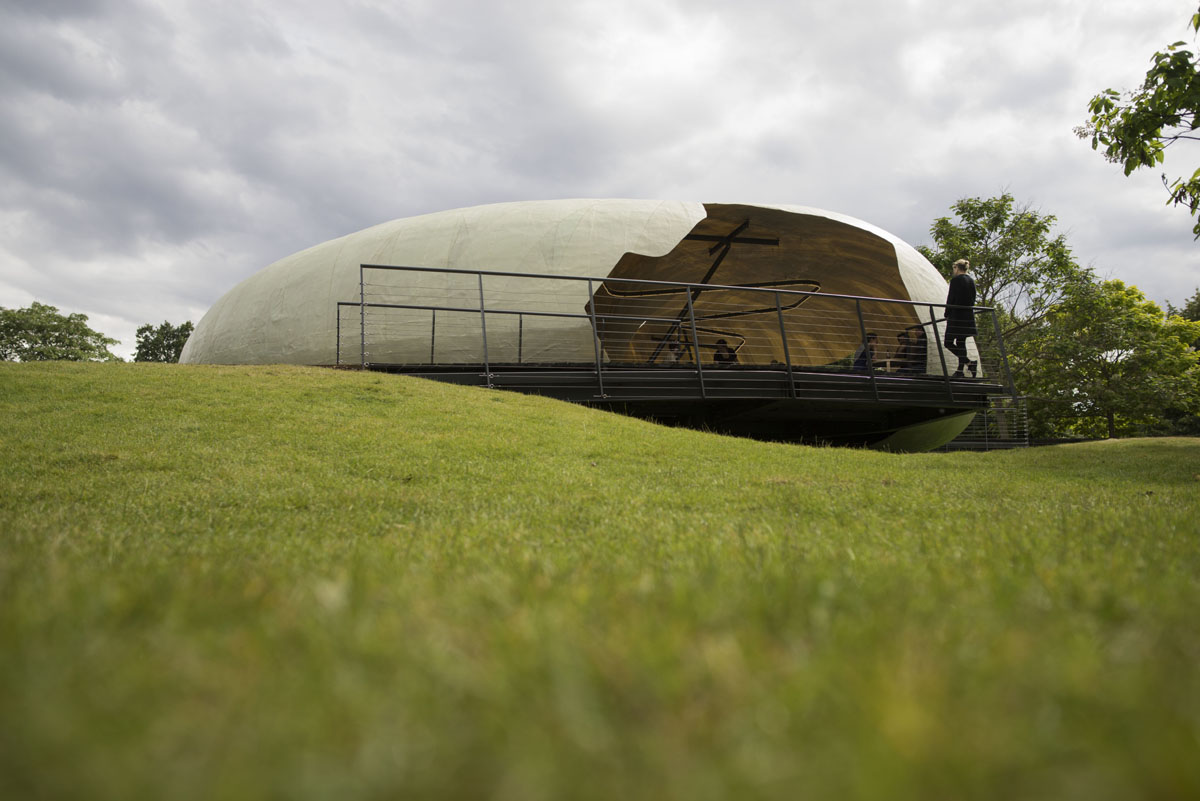 Properties
The use of fiberglass allowed for the pavilion to be thin and brittle, but also had the strength to span a large face. The pigment made it fire retardant.

A semi-translucent fiberglass orb perched atop quarry stones glows in the night in London’s Kensington Gardens. A 3,800-squarefoot gallery designed by the Chilean architect Smiljan Radić, the 2014 Serpentine Pavilion is a fragile play between material, texture, and light. Radić often uses papier-mâché models in his work and he wanted that material to translate into his pavilion. He brought on board the engineering arm of the multidisciplinary architecture and design firm AECOM to provide the technical expertise.

“He wanted a structure that felt thin, and brittle, and fragile, but also had the strength to span across quite a large face,” says Thomas Webster, one of AECOM’s lead engineers on the pavilion. “When you layer up papier-mâché, you get dark patches that are slightly thicker, and light patches. Radić wanted to play on that juxtaposition.”

Fiberglass was the logical solution. “The process is almost identical to the way you form a papier-mâché structure—in the sense that you need something to mold it around,” says Webster. “We created a negative form out of polystyrene cut from large two-by-fourmeter blocks, and we lay the strips of fiberglass around it and kept putting layers on.”

For all the advantages of fiberglass, there was one major challenge: figuring out how to transmit enough light for the structure to glow. “We had to do a lot of testing on the material to get the right level of light transfer and also achieve the off-white color,” says Webster. “The other thing is that pigment gives it fire retardancy. So we had to do a lot of testing behind the scenes to get the light correct, the translucency correct, the color correct, and the fire retardancy correct. All of our strengths and technical thought processes have gone into making sure the material will perform as we need it to.” 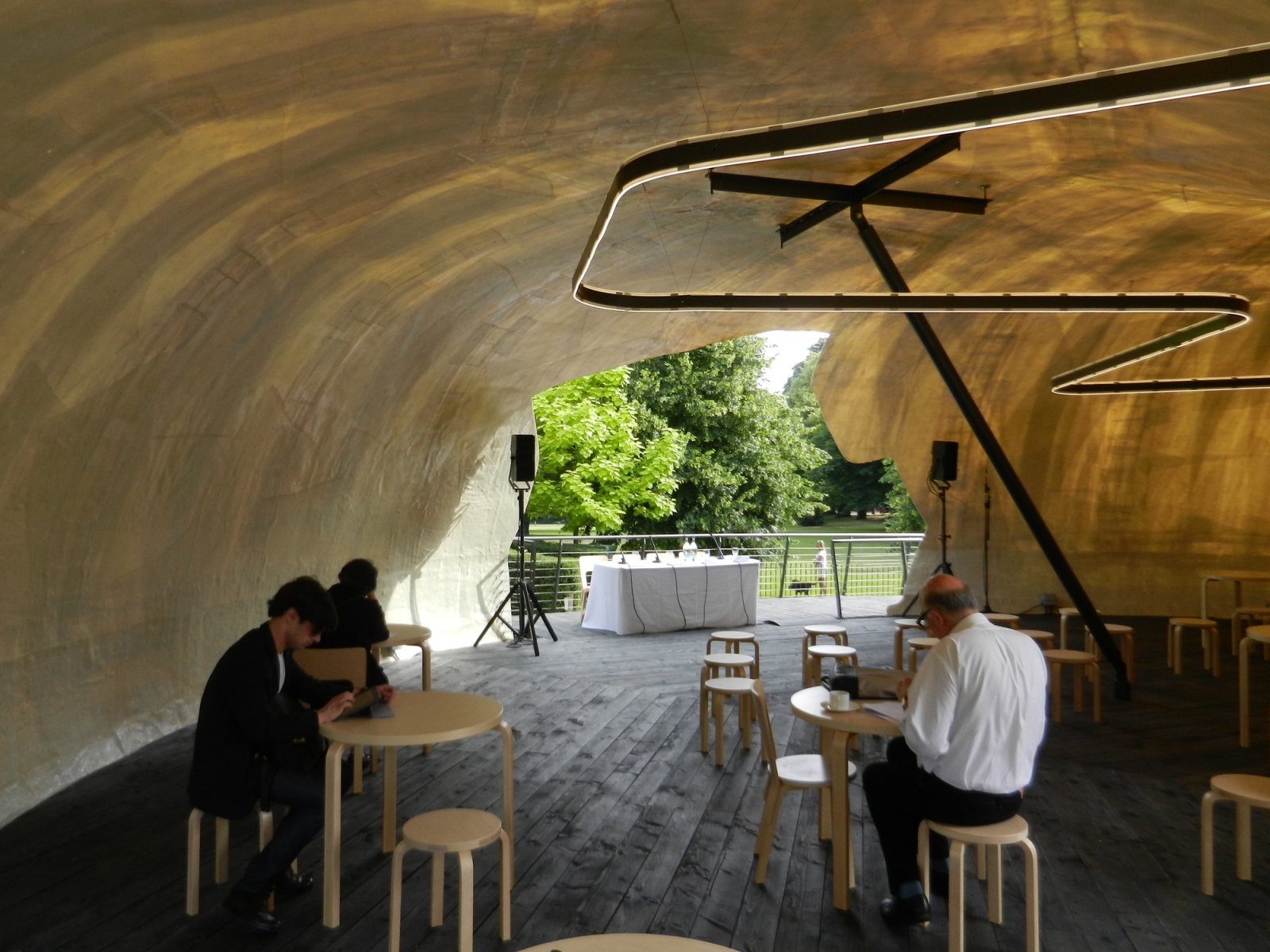 Composition
The contractor, StageOne, molded strips of fiberglass on a shape created from polystyrene. Pigment was added and adjusted to provide the right amount of transparency. 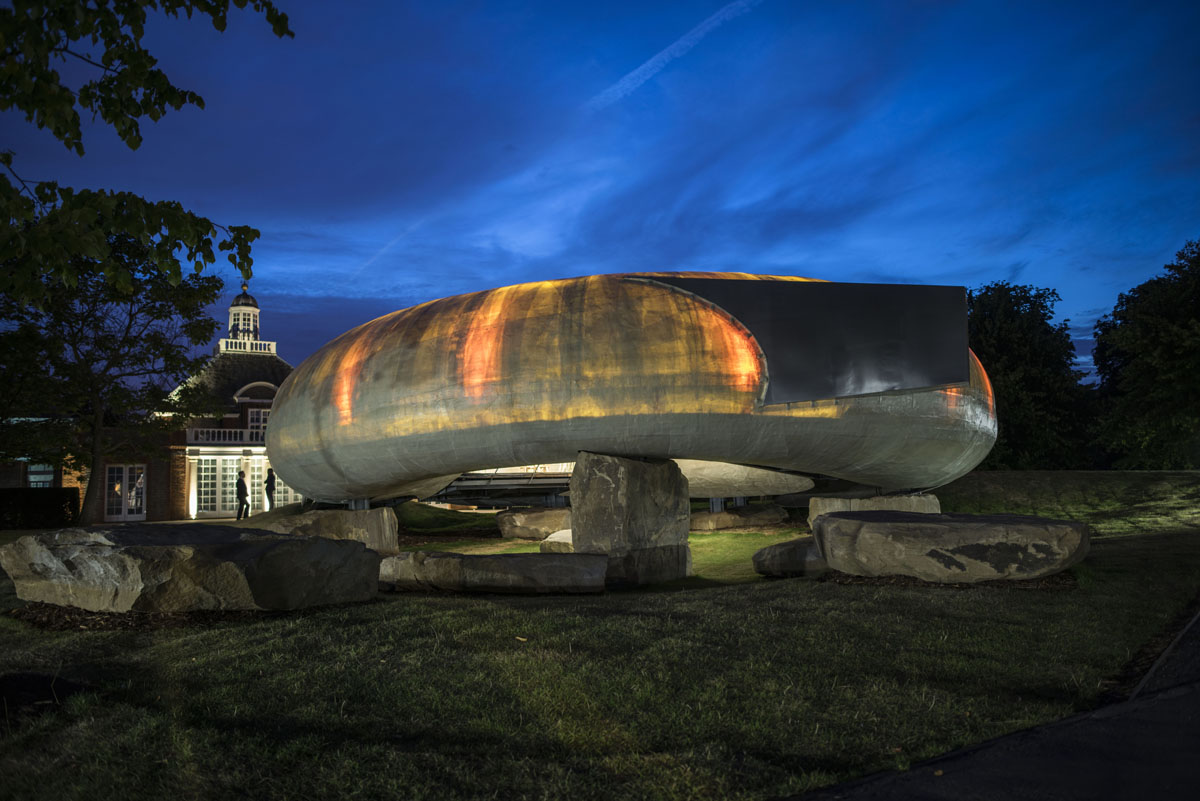 Applications
Fiberglass is recognized as a building element, but not often as an architectural element. However, the ease of use of the material allows for the ability to create any form.