A New York City shoe brand is enhancing its customers’ walking experience in more ways than one. 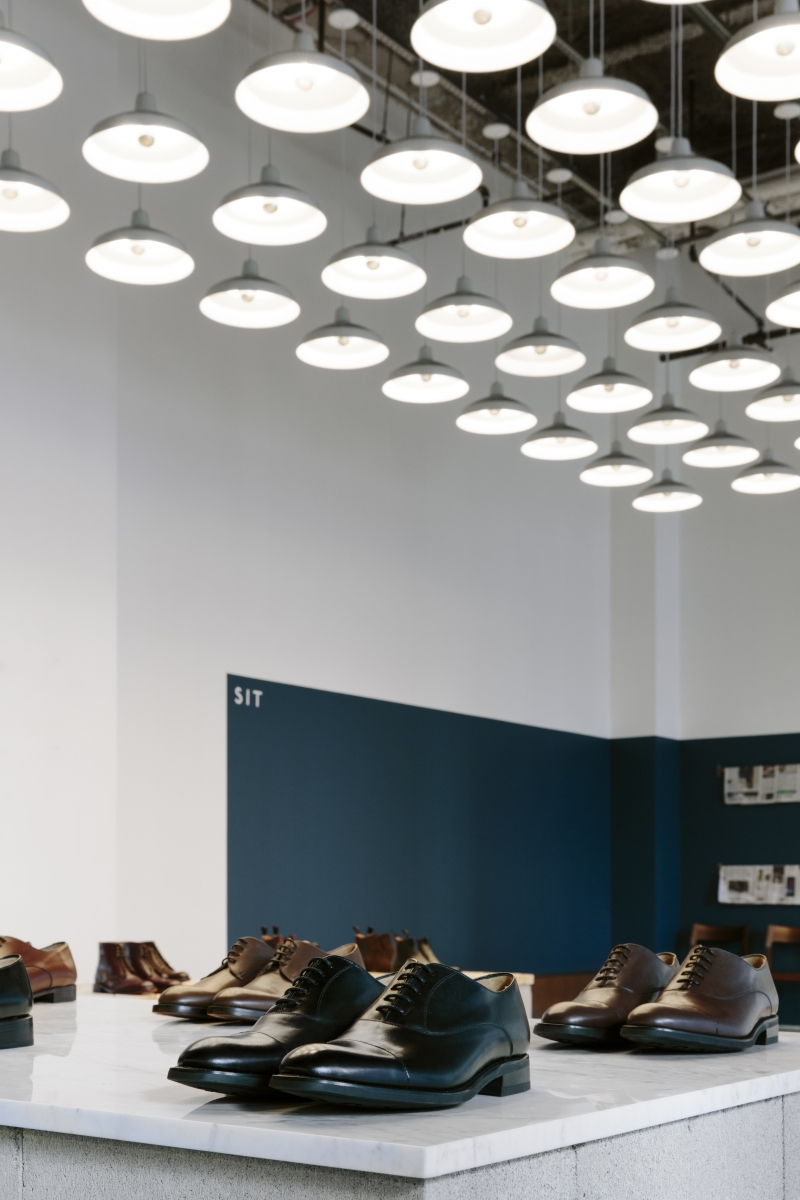 The industrial lamps in Jack Erwin’s temporary midtown Winter Fitting Room were inspired by those in the Whitney Museum’s former home.

Weather permitting, New York is one of the world’s most walkable cities—a fact that’s particularly relevant when you happen to be a purveyor of men’s shoes. A year after opening its first retail outpost on Hubert Street in Tribeca in 2014, dapper footwear brand Jack Erwin sought to find a way to share its love for Manhattan with its customers. So Phineas Ellis, who runs the brand’s partnerships, enlisted the help of Taylor Bruce, founder of Wildsam Field Guides, to create a walking map of the neighborhood.

More Penguin Classics than Lonely planet, Wildsam Field Guides are the travel companion for those who prefer to be guided in their wanderlust via storytelling. Bruce had already made a foray into telling the tale of New York City, launching a Brooklyn guide last year, but the illustrated walking maps—reminiscent of the iconic Hagstrom Maps—were the perfect way for him to tackle the enormousness of Manhattan.

“There are a lot of digital city guides out there,” says Ellis. “But these maps harken back to real print media and tell you the most interesting way of engaging with the neighborhood—where to walk and how to walk it. They focus on how to get the best cultural sense of place, instead of where the best burger is.” Of course, you’re likely to find that in there, too.

Last November, Jack Erwin opened its second space, a Winter Fitting Room pop-up in midtown on Park Avenue. Tucked into a corner of a capacious, mostly vacant retail space, the store benefits from being in the stomping grounds of its target market: suit-wearing men in their late 20s and early 30s. “Being on Park, we’re right in the business district, but we’re not in the heart of the retail world at all,” says Ellis. “But there are a lot of people walking past every single day.”

For the store’s sleek, modular design, which retains the building’s exposed ceilings and concrete floors and adds cinderblock and marble accents, the brand collaborated with Otto Design Group’s Phil Otto and Alan Koch (whose work includes Dia: Beacon). The Jack Erwin pop-up features mini pop-ups from other brands, including Mack Weldon underwear, and an in-store café from coffee brand Bluestone Lane is due to open this month. The latter is more than just a hip add-on: since the neighborhood is devoid of what coffee snobs may deem good espresso, the morning foot traffic alone is bound to introduce countless caffeine-seeking customers to the relatively young brand.

February will also see the launch of the midtown iteration of the map. (Ellis hopes to release five New York neighborhood walking maps in total, which will then be sold as a set.) Given that the area isn’t exactly noted for its charming ambience, the duo has done well to unearth its local gems. “The area certainly has its own persona and vibe,” says Bruce. “The rush of suits on the sidewalk. The lights of Broadway. The soaring architecture. Midtown is classic New York City.” 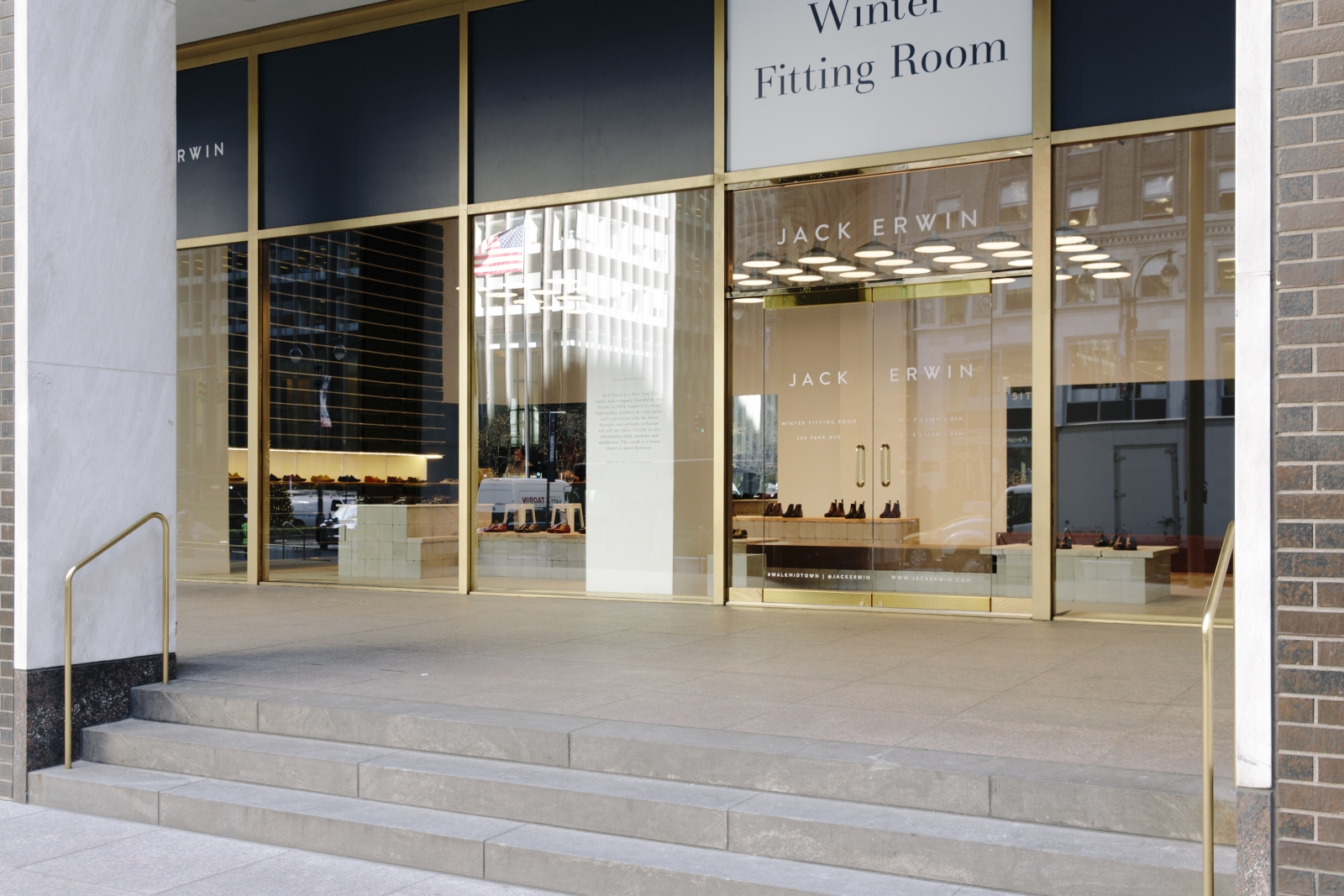 The pop-up opened in midtown on Park Avenue last November. 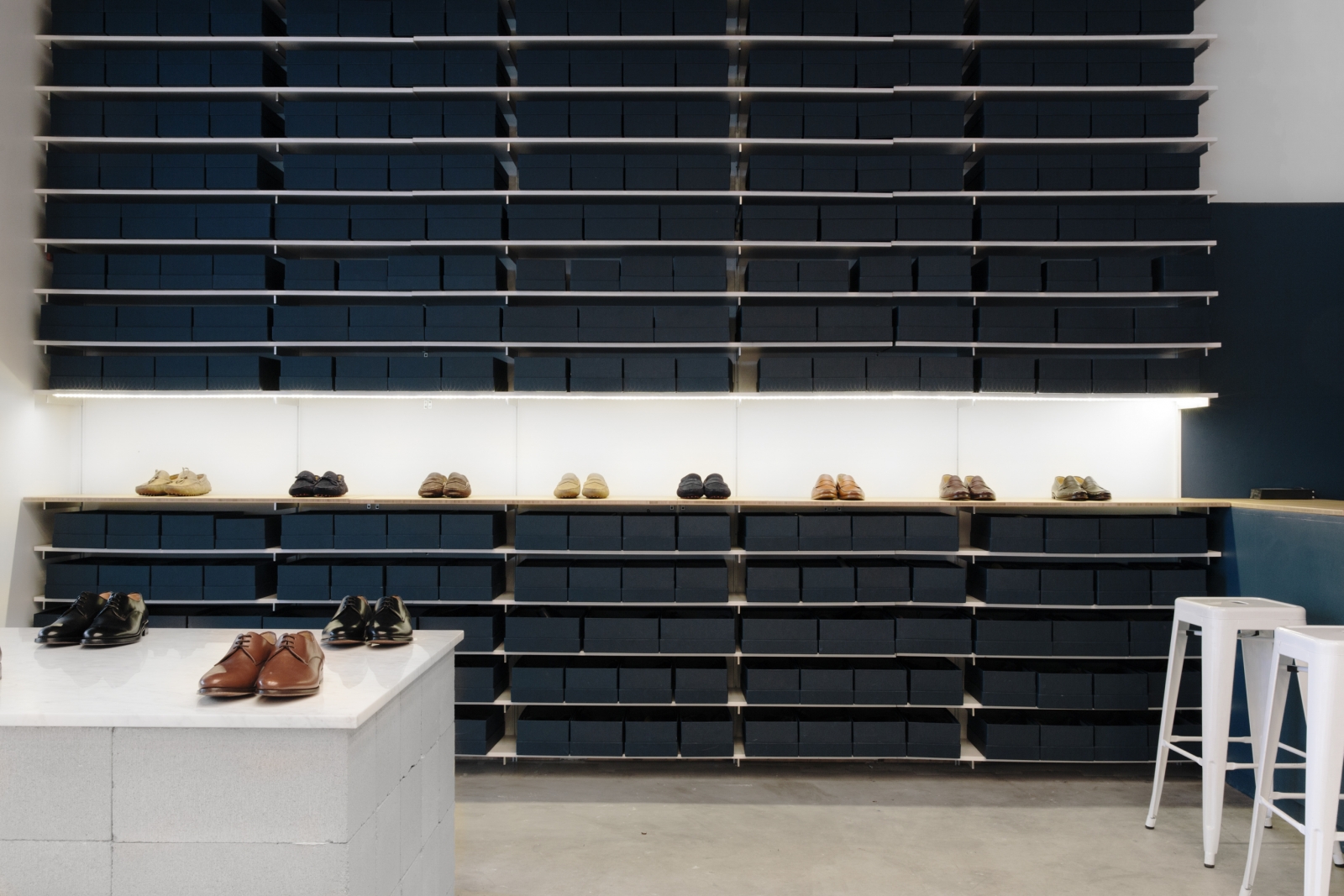 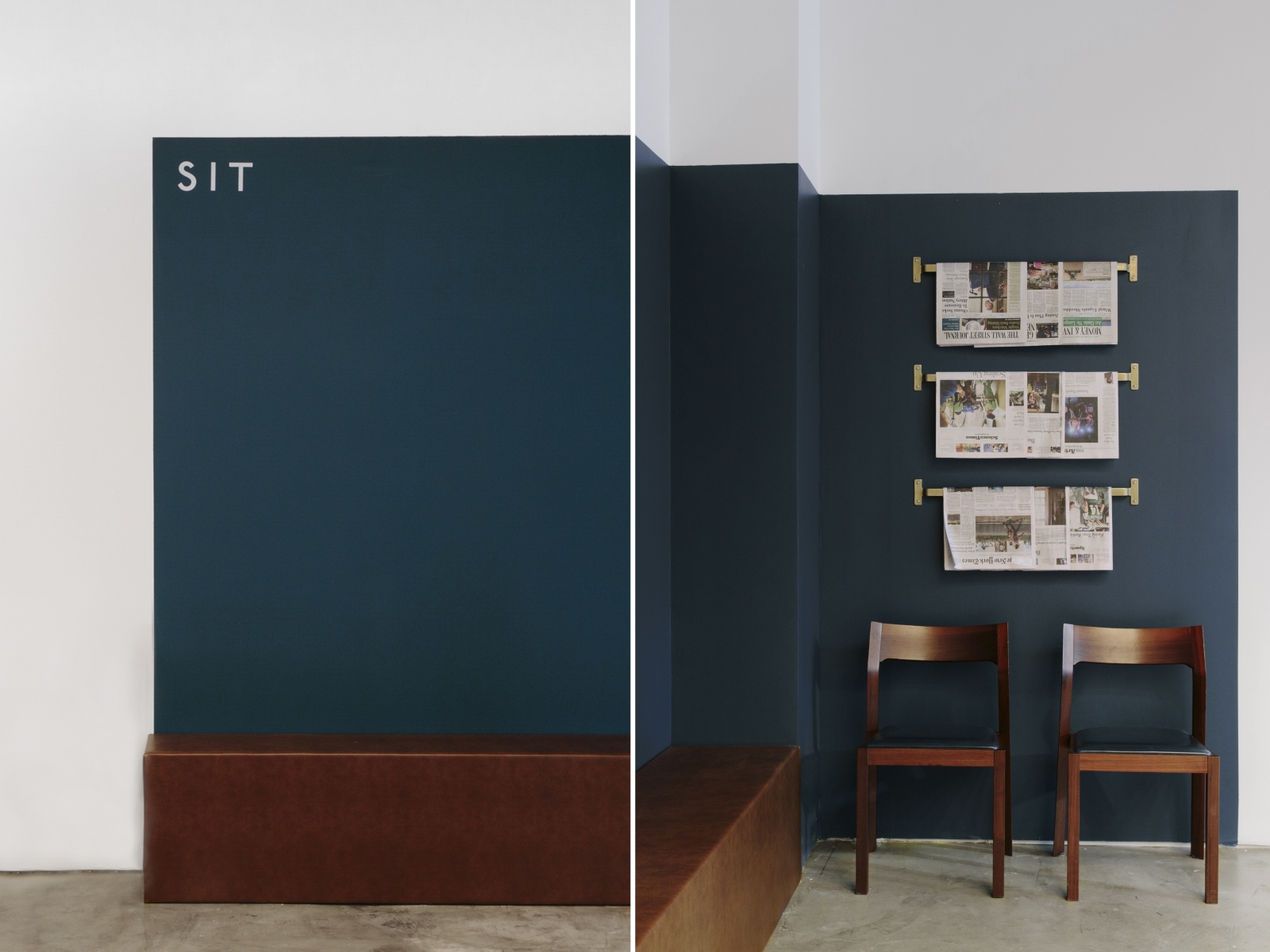 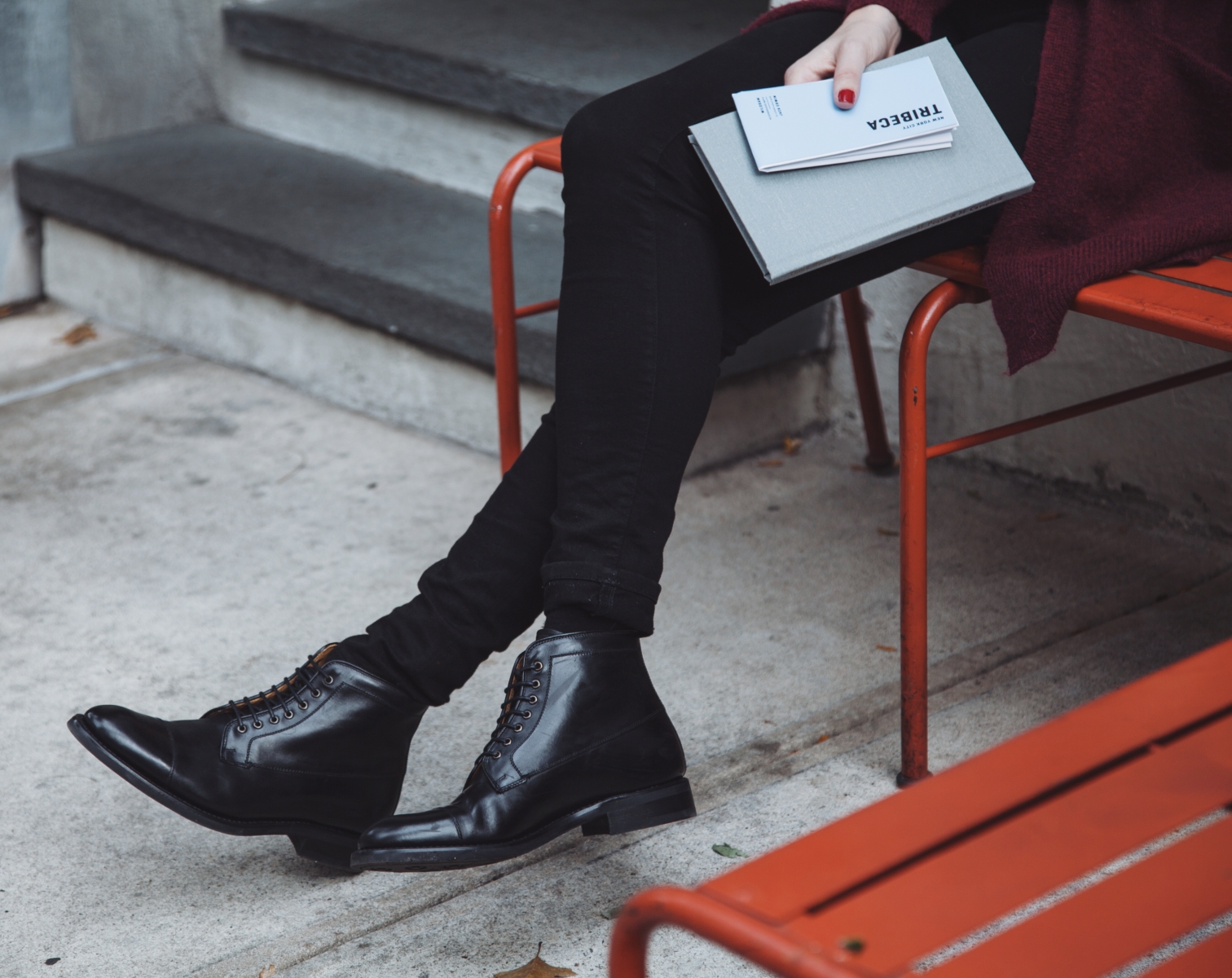