Everyone involved in design agrees that he or she wants to improve and enhance people’s lives. At M.I.N.D Labs or Media, Interface, and Network Design Labs, that goal becomes eminently clear. A consortium comprised of 11 university design labs includes members from Finland, Russia, Portugal, Spain, Germany, and the U.S. Their collective directive is to […]

Everyone involved in design agrees that he or she wants to improve and enhance people’s lives. At M.I.N.D Labs or Media, Interface, and Network Design Labs, that goal becomes eminently clear. A consortium comprised of 11 university design labs includes members from Finland, Russia, Portugal, Spain, Germany, and the U.S. Their collective directive is to research the interaction between the human mind and the computer and its many different forms, including VR, gaming, and mobile networking and how these can “augment human ability.”

Just as the labs are multinational, the projects they investigate are multidisciplinary. Take the Creative Media [Project] for Healing Teenage Orphans of Rwandan Genocide. The team includes pediatricians, psychologists, psychiatrists—all working with NGO’s like the Association Mwana Ukunda (AMU) and the Kigali Genocide Memorial Centre. The team’s directive is to use creative media as a form of treatment. The researchers hope to repair some of the psychic as well as physical wounds of teenagers orphaned during the Rwandan genocide of 1994. Based on the writing workshop model, participants use both written narratives and visual media to promote the healing process. What’s more, the work they produce will then be incorporated into an interactive multimedia format. The goal is to use these materials to educate people globally, in formal institutional settings as well as provide more general public information and even art pieces. 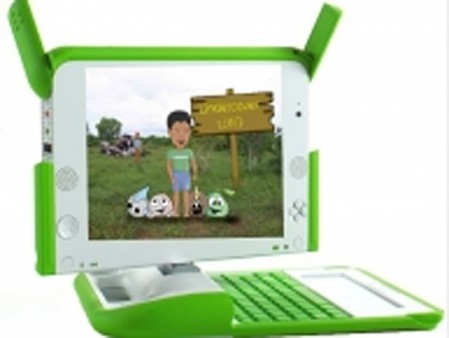 Also focused on the aftermath of war violence is the World Landmine Avoidance Project. It tries to prevent physical harm to children from unexploded landmines or ordnances (UXO). The One Laptop per Child program provides inexpensive computers for children in developing nations, delivering an instructive game to them. Initially, this was a student project developed for the Golden West Humanitarian Foundation, an NGO that specializes in the issues surrounding mines and UXO’s. It has since been developed into a full-fledged game that relies solely on graphics and audio files. No text. This means that the program is easily adapted to the languages and customs of different regions and accommodates for illiteracy issues. What’s more, the audio and visual files can be easily exchanged to fit different locales. These projects demonstrate the power of collaboration across disciplines to improve the lives of a well-defined sector of the global population.

Sherin Wing writes on social issues as well as topics in architecture, urbanism, and design. She is a frequent contributor to Archinect, Architect Magazine and other publications. She is also co-author of The Real Architect’s Handbook. She received her PhD from UCLA. Follow Sherin on Twitter at @xiaying