Made in China, and Designed There Too

The rapid growth of the country’s design industries is the focus of a new exhibition at the Cincinnati Art Museum.

As the noise of the Olympics recedes into the background, it’s worth remembering that the effects of China’s explosive growth will be with us long after the shine is off Michael Phelps’s gold medals. In the magazine this month, we’ll be exploring the country in an interview with Thomas J. Campanella, author of The Concrete Dragon: China’s Urban Revolution and What It Means for the World, and in October the Victoria and Albert Museum’s exhibition China Design Now comes to the United States for a three-month run at the Cincinnati Art Museum.

To make the story of a 1.3-billion-strong country in flux intelligible, the show is broken into three thematic sections, each representing a city and its respective discipline: Shenzhen and graphic design, Shanghai and fashion, and Beijing and architecture and urban design. (Yung Ho Chang, a Chinese architect and the head of MIT’s department of architecture, designed the exhibition for the museum.) As museumgoers walk from city to city, they’ll track the beginnings of the current economic frenzy, starting with early manufacturing centers and ending up at Beijing’s shimmering new Olympic facilities.

Recent Western projects such as Herzog & de Meuron’s Bird’s Nest are well represented, but so is work by Chinese architects like Ma Qingyun, who was born in Xian and founded the multidisciplinary design firm MADA s.p.a.m. Ma collaborated with OMA on the CCTV tower, and last year he was  appointed dean of the University of Southern California’s School of Architecture. It’s a sign of the changing times: the West has only just begun to realize how much it has to learn from China. 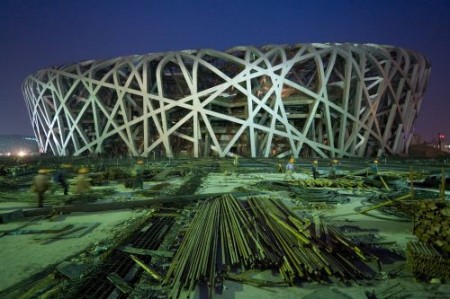 Smaller versions of these panda sculptures are sold as toys. 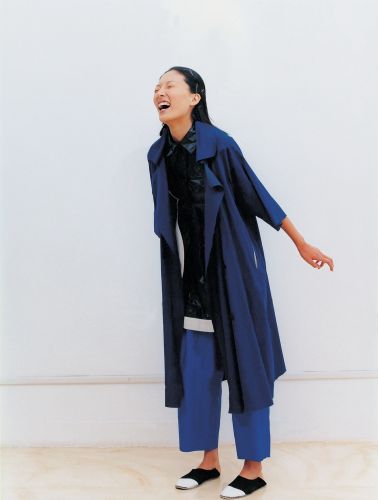