The Georg Jensen Hus, the Danish silver purveyor’s first showroom in mainland China, is a highly curated and culinary experience. 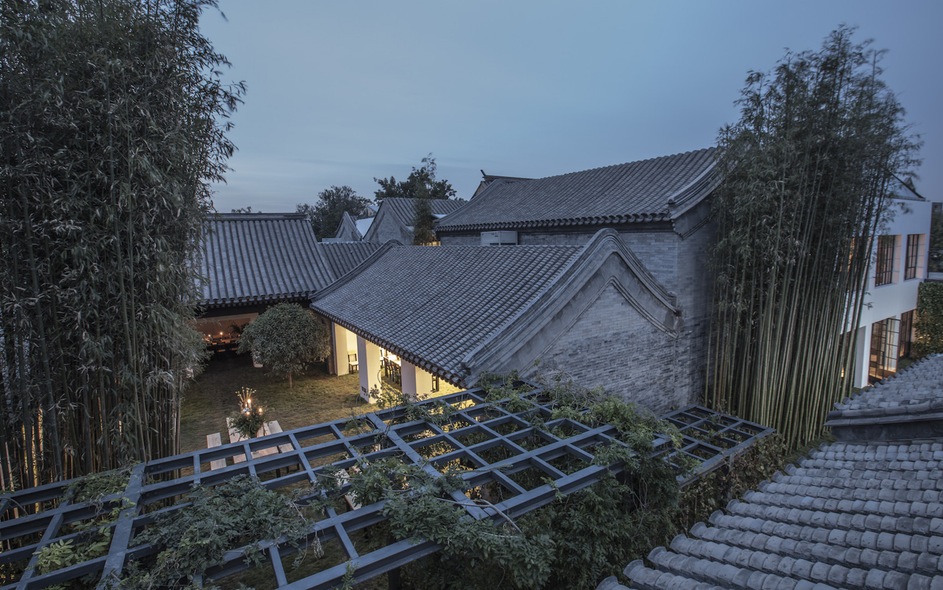 The Georg Jensen Hus is tucked away in Beijing’s hutong district. The new showroom and dining room spill out into a cozy courtyard.

Short of visiting in person, it is nearly impossible to picture Beijing’s shape-shifting city center. An aerial view suggests a manageable grid of avenues—congestion notwithstanding—but reality is messier, especially when it comes to navigating the interstitial spaces. Beijing’s cramped hutongs, or alleyways, are infamous not only for their claustrophobic scale but also their mazelike layout; less obvious at street or sky level is the ad hoc architecture itself.

Take the Houhai and Gulou neighborhoods in the historic center, which were established in the 12th century as the seat of local government and have been a political and cultural hub ever since. (Houhai refers to the man-made lake diverted for an aristocratic retreat in that same era; Gulou is the “Drum and Bell Towers.”)

“Many famous writers, academics, poets, and public figures lived within these areas,” says Andrew Bryant of CC LTD, an architectural-design consultancy based in Gulou. “The urban fabric was and still is largely made up of hutongs, which connect to siheyuan [courtyard houses].”

Unfortunately, shortsighted government officials invited rampant overbuilding in the lead-up to the 2008 Summer Olympics, when areas within Houhai and Gulou were earmarked for aggressive commercial development. Today, even as the main arterials of Houhai and Gulou are jam-packed with overpriced, touristy bars and souvenir shops, small studios such as CC LTD and recent transplant OPEN Architecture have managed to carve out creative niches within the labyrinth of hutongs. The experience of this dense, diverse patchwork evokes the very essence of contemporary Beijing. 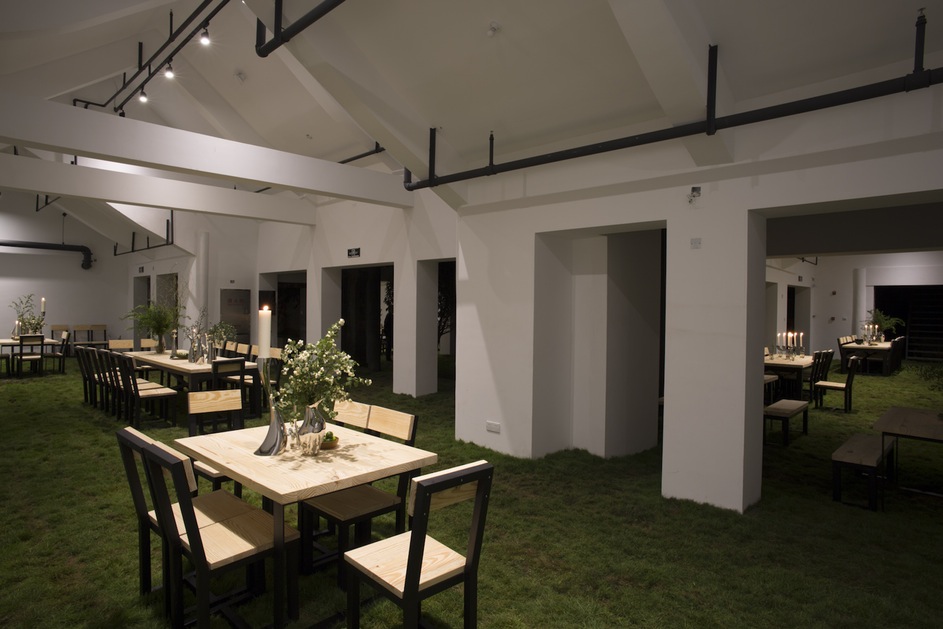 A dining room inside the new restaurant, a first for Georg Jensen.

Visitors will be pleasantly surprised by the quiet walk from Houhai toward Nanluoguxiang, where the well-groomed canal is lined with weeping willows and unassuming gray-brick structures. Scandinavia lies just behind one of these anonymous façades: Danish silver and jewelry purveyor Georg Jensen has established its first showroom in mainland China, as well as its first restaurant in the world. Through the stone vestibule, past the bamboo hedges, a refuge from the tourist throngs awaits.

Setting out to create a little piece of Copenhagen in Beijing, David Chu, chief creative officer of Georg Jensen, joined forces with his friend Weng Ling, the noted gallerist behind the Beijing Centre for the Arts, with which the Danes share the space. “We wanted to capture the DNA and the feel of Copenhagen,” Chu says. “When we saw this courtyard house, I thought, this is the perfect platform to create the proper experience.”

Known as Jensen’s Garden, the intimate green space is a nod to its namesake’s love of nature, as seen in his Art Nouveau designs; Georg Jensen products are displayed inside the showroom and out. Architect Peter Bundgaard Rützou of Space Copenhagen turned an adjacent courtyard into a double-height atrium by enclosing it in glass, an airy counterpart to the cozy other half of the dining room.

The cuisine, of course, is New Nordic—reportedly a first in China—for which Chu recruited Talib Hudda from Copenhagen’s Michelin-rated Marchal. By bringing the culinary movement together with Georg Jensen’s 110-year heritage, Chu hopes to create “a new ‘New Nordic’ experience.” 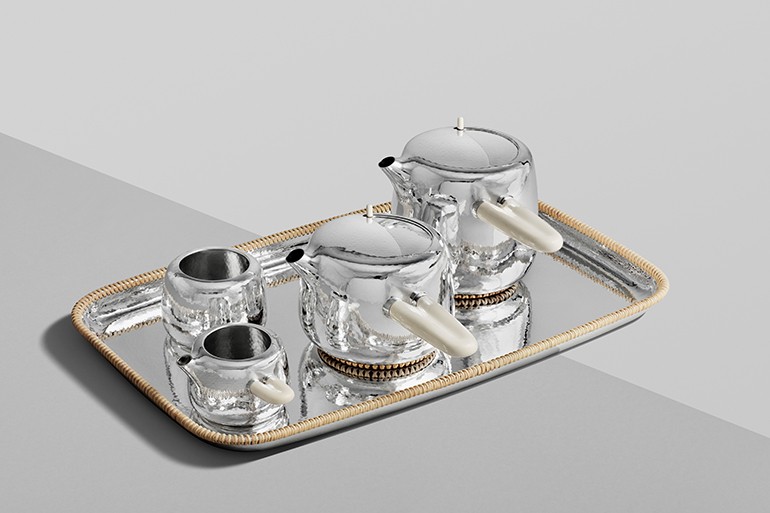 If the restaurant marks the first step in a new direction—toward becoming a “total lifestyle design company”—Chu is also pleased to unveil a new collaboration. Limited to an edition of ten, the Marc Newson–designed tea service is Georg Jensen’s first significant partnership with a contemporary artist in 25 years.

The idea originated shortly after Chu met Newson and learned that the designer is a jeweler by training. “Marc spoke all night about Jensen, so I said, ‘We should definitely do something.’ ”

The handsome, hand-hammered five-piece tea service is fitted with handles made from “responsibly sourced mammoth tusk.” The handles may be the talking point, but the finer details are worth noting as well. The woven border around the bamboo base of each vessel matches the rattan-wrapped lip of the tray, and the inset lids are a technical feat in themselves, achieved by the silversmiths at Georg Jensen’s Copenhagen factory.