By: Chris Ro and Yunim Kim 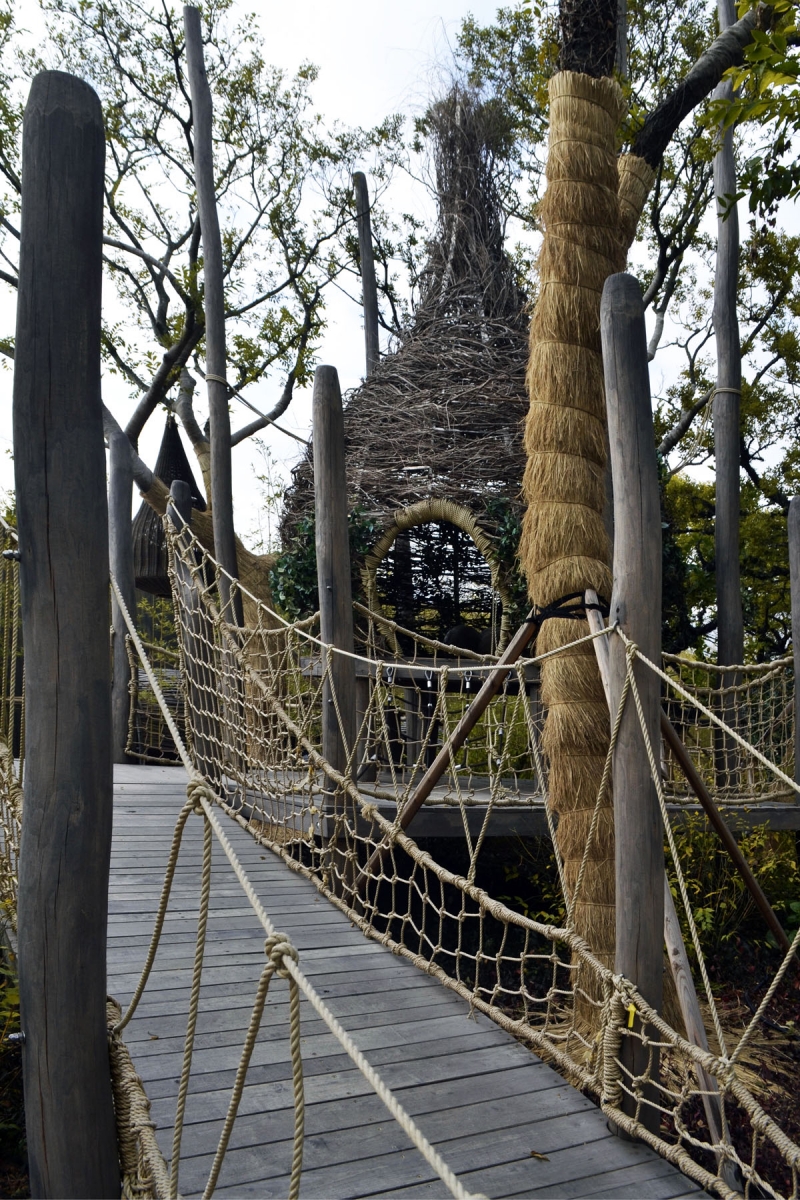 A tree house shaped like a bird’s nest; a play area with an undulating hardscape and a sandbox where kids can dig up fake fossils are some of the attractions of the secret garden.

is the unlikely location of a secret park. Known locally as the S-Garden, it has become a much-needed playground and cultural center for residents in the area. Alan Maskin of Olson Kundig Architects—who worked on the project with the department store Shinsegae and Korean artist Do-Ho Suh—considers the garden “a prototype for how cities might grow in the future, turning the tops of buildings into public spaces and parks.”

Uijeongbu, like many of Seoul’s satellite cities, can best be described as a concrete landscape with very little infrastructure devoted to culture, parks, and recreation. Under such conditions, it is common to find buildings becoming multifunctional onestop sites for a wide range of urban amenities. The Shinsegae department store of Uijeongbu is not just a destination for commerce—residents can make use of a subway station, movie theater, bookstore, shopping center, coffee shops, restaurants, and a cultural education center. The rooftop garden is a core part of the program, with the goal of creating a distinctive space for family activities. A local mother who visits the garden three times a week says, “Before this garden, Uijeongbu had no clean and safe places to spend time with children.” It has become part of the daily routine for many families.

The S-garden, located on the ninth-story terrace of a leading department store north of Seoul (above), also draws upon traditional Korean crafts. 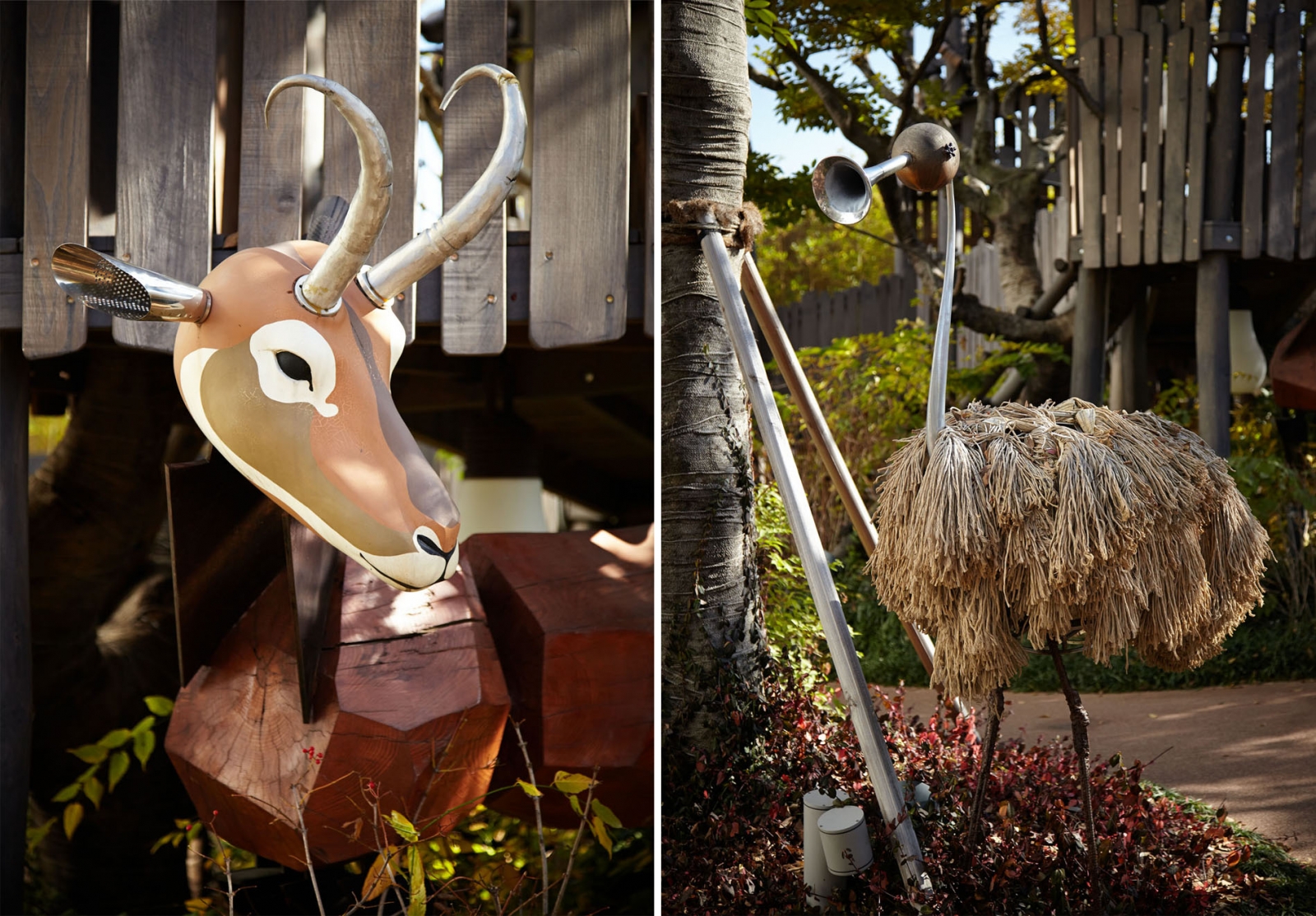 Animal sculptures by the artist Do-Ho Suh, such as this antelope and ostrich, combine hand-carved and stained wooden pieces with found metal parts.

The concept of a secret garden came about through several creative meetings with Suh. At the heart of the experience is a series of “outdoor rooms”—a tree house, maze garden, mist room, archaeological dig, bird’s nest, and elephant fountain. With sculptures by Suh and mechanical animals fabricated by local art students and craftspeople, the spaces in the garden were designed for discovery.

Some of the garden’s content was inspired by traditional Korean tapestries depicting a magical garden that contains several traditional symbols of longevity such as cranes, deer, mist, water, and pine trees. A prominent feature of the garden is the presence of many sotdae—carved wooden birds sitting upon wooden totems that were historically used to ward off evil spirits. These elements, along with the inclusion of regional plants, were the direct result of extensive research into the local culture and site conditions.

Maskin describes the project as being designed “in totality” with architects, builders, artists, botanists, landscapers, and fabricators specializing in water play and mist, all coming together in a synergistic manner. The resulting experience of the garden is the perfect cap to the Shinsegae department store. The secret garden necessarily maintains a not-so-secret existence as a much-needed oasis for the residents of Uijeongbu. Perhaps its popularity will serve as a positive precedent for future public spaces in Seoul and other areas of great urban density.