Pfifferling deli, photo by Paul  ClemenceThis summer I visited two design-obsessed friends in Basel, Switzerland. After a long morning weaving among the works of Herzog & de Meuron (the firm’s hometown brims with their buildings), all I wanted was to quiet my burning brain with a plate of food – the simpler the better. It […]

This summer I visited two design-obsessed friends in Basel, Switzerland. After a long morning weaving among the works of Herzog & de Meuron (the firm’s hometown brims with their buildings), all I wanted was to quiet my burning brain with a plate of food – the simpler the better. It was already past noon, but we kept passing fine-looking options, because friends insisted on a new place called Pfifferling.

When we reached the deli-cum-restaurant, I bristled at first. I was being bombarded once again by self-conscious aesthetics when I just wanted to fill my gut. Still, it was a beguiling space. At once bright, spare and elegant, it was enclosed by warm grey walls picked out with white details. All the saturated colors seemed to be gathered into the glass display case: purple radicchio, glossy yellow peppers, smoky pink trout. Beyond the counter beckoned a pair of tables that, thanks to three unexpected openings in the ceiling, were awash in light. 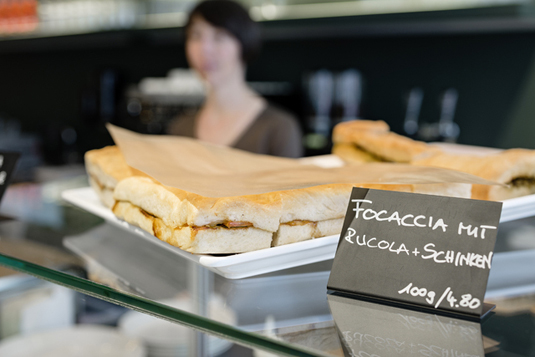 Unbeknownst to me, my friends had invited another guest — Pfifferling’s designer Christian Speck, who is also co-owner along with his wife, head chef Monika Muller. While we selected our meal at the counter, Speck told us all the ingredients come from local growers. This was predictable enough, but then he began to explain that even the raw materials of his design were locally sourced. As much as possible he used local materials and local artisans. Speck himself created special cutting boards — from Swiss oak, of course. And even the pigment in the paint is derived from locally mined minerals. 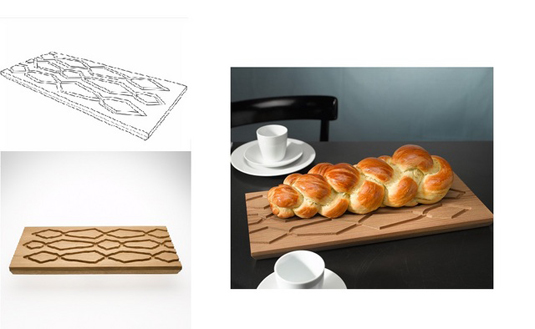 This whole enterprise struck me as extremely Swiss — the rigorous attention to detail, the insistence on quality at every level of the enterprise, the totalizing vision, from space-age chandeliers to espresso spoons. But the twist is, Speck has used that purely Swiss DNA to rather radically reengineer the way tradition-bound Basel dines out. 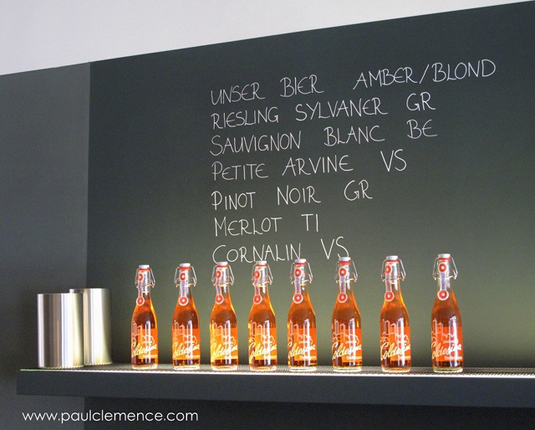 For example, the combination of to-go deli bar with sit-down dining represents a break with local convention, which demands either a formal meal or a snack on the run, nothing in between. More challenging still, customer who stay must share communal tables, forcing the atomistic Swiss to sit shoulder-to-shoulder with strangers, another overturning of convention. Curiously, Speck has left lots of open, airy, empty space, as if to emphasize the consciousness of his decision to force his customers into close proximity. Finally, the menu eschews creamy Swiss classics in favor of fragrant re-combinations, like what I ordered — a lightly smoked trout served with a tart, tangy chutney of apples and horseradish. The combination of tastes was at once aromatic, bracing and harmonious. 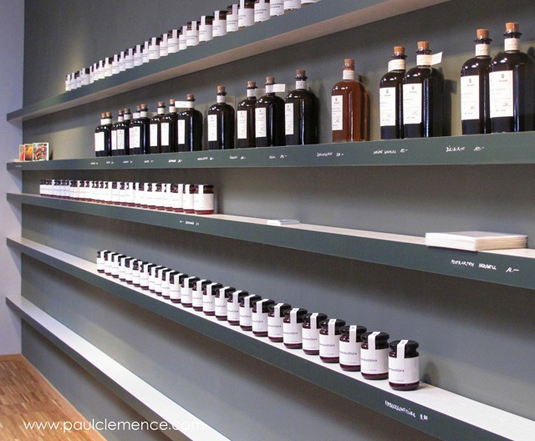 So, are the people of Basel willing to adapt to this new vision of a midday meal? The answer seems to be a resounding “Yes”. The day we went, locals were flocking in for the food, at once familiar and unfamiliar, and were even willing to partake of it elbow-to-elbow with perfect strangers.

Robert Landon has written about design, architecture and travel for a range of publications, including Dwell, Lonely Planet, the Los Angeles Times and London’s The Daily Telegraph. Find out more at www.robert-landon.com.