Louis Kahn famously said: “No space, architecturally, is a space unless it has natural light.” Context, structural systems, materials, attention to program, sustainability, response to the elements, human scale are aspects all good architects have in mind when designing. But it’s the more intangible, poetic detail that brings the design to life: Light is a major factor in determining the success of a building.

In Fort Worth, Texas, the new addition to Kahn’s landmark Kimbell Art Museum by the Renzo Piano Building Workshop (RPBW) shows us the abiding relevance of Kahn’s statement. It opens on November 27 and will be known as the Piano Pavilion; it’s a masterful orchestration of sunlight that enters spaces, at once efficient and inspiring.

A unique institution with a well defined profile and mission, the Kimbell needed more space to show its permanent collection and be able to hold special exhibits. The Piano Pavilion, sits 65 yards west of Kahn’s original; that move re-orients the flow of the existing structure to what was Kahn original intention for the tree lined courtyard to be the main access to the museum. Adding about 101,100 square feet to the existing 120,000 feet of the original building, the Piano gives the museum spaces for educational programs and a state of the art auditorium, in addition to more room for art. 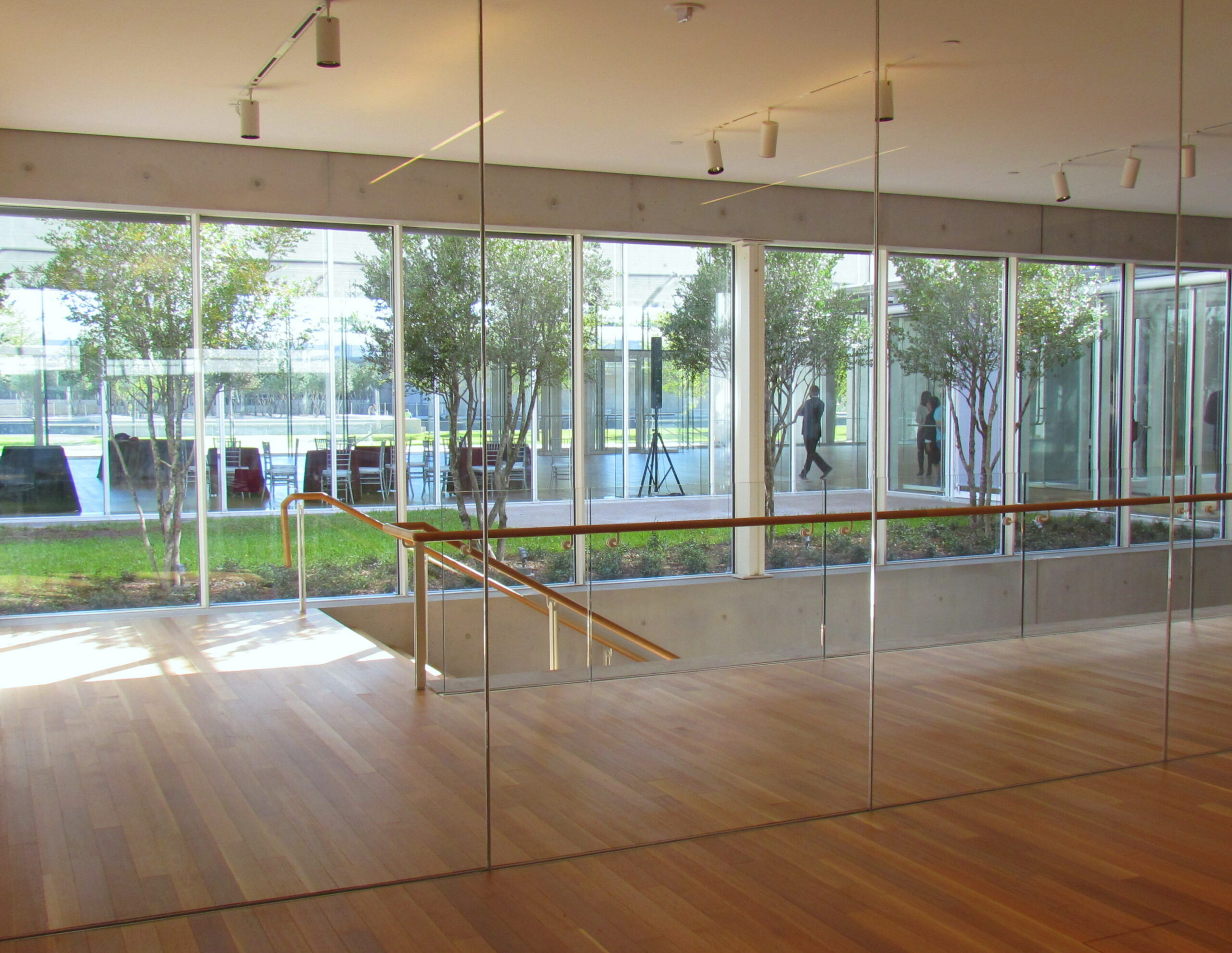 The architecture of the Piano Pavilion is a relatively simple design. Its vast spaces are enclosed in concrete, glass, and wood. It takes many respectful clues from the Kahn building, including creating a similar volume configuration and proportions, an affinity to the original materials—both structures a love song to the beauty of concrete. But what the two buildings really have in common is the awareness that light be used wisely for the best effect and without the design becoming a distracting light show.

“They are both great manipulators of light,” says Ultan Guilfoyle, filmmaker and writer. “Kahn was among the first Modernists who really understood the importance of using natural light for viewing art and how to apply it in a poetic and controlled way. And Piano thinks of light in his buildings as a cinematographer would in a film, thinking not just about what would be most efficient but also most welcoming and inspiring to its users.”

When I ask Guilfoyle how he sees the difference between the two buildings, he tells me, “In Kahn’s building, the light that comes in from the ceiling’s light reflectors reaches the concrete vault and creates a silvery light that is very beautiful and flattering to the art work (but cold on humans). Piano takes the light color control to another level, first filtering it through a louvered roof and a diffusing scrim controlling its intensity, but then also controlling the quality of light by adjusting its temperature, thinking of the spatial quality the light’s color temperature will enable. So in the new building, the light bounces off the exposed Douglas fir beams whose natural redness is lightened by a milky wash. Piano uses the same white oak floor that Kahn used, but it is a shade darker. These surfaces create a reflecting light that is as gentle on the art as it is comforting, welcoming to the museum-goer.” 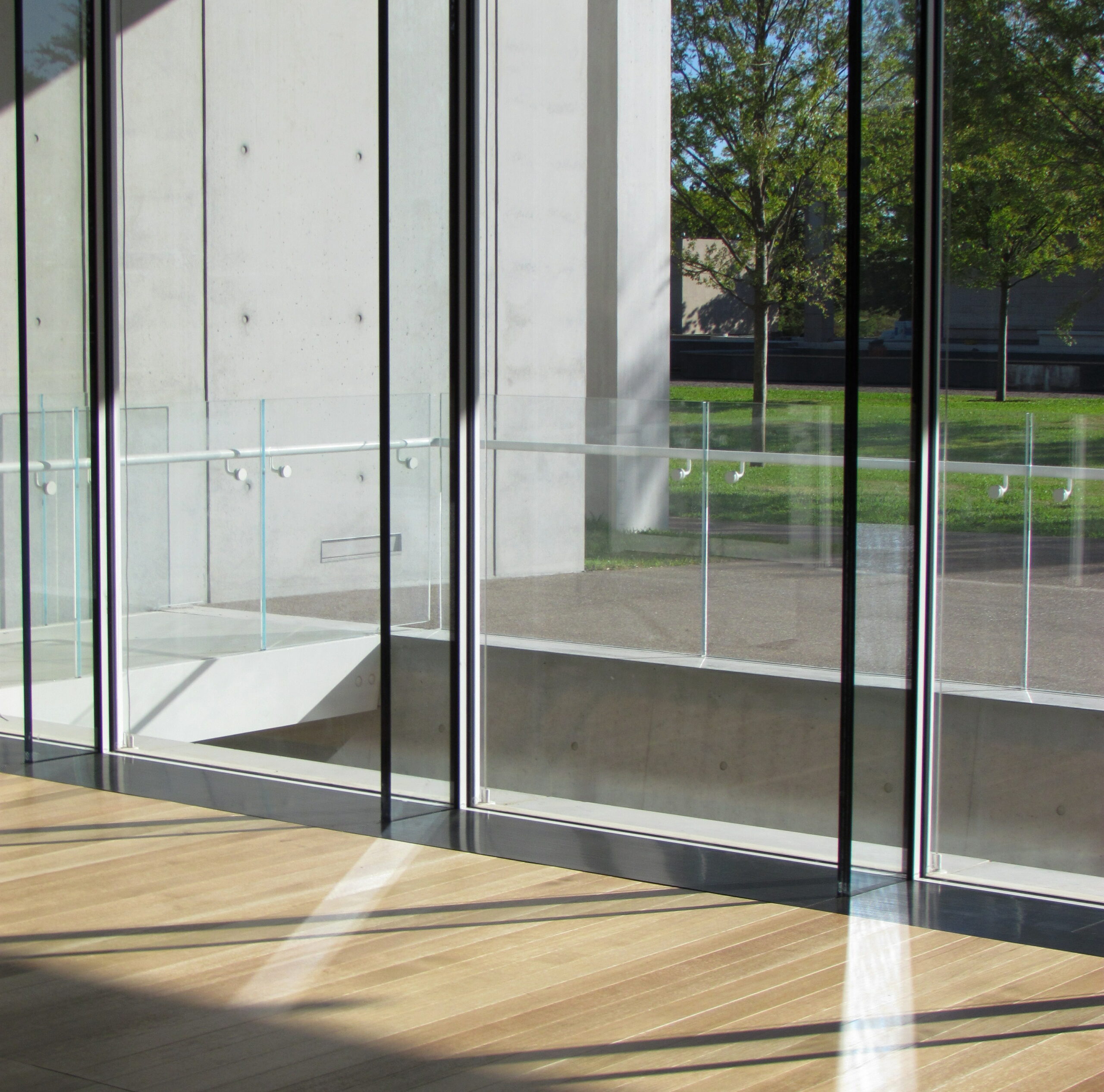 Having filmed architectural masterpieces over the years all over the world, Guilfoyle says Piano’s attention to light is unparalleled, going as far as precisely stating the Kelvin index he would like his spaces to be. “ He understands color temperature very precisely.”

The ceiling scrim Guilfoyle refers to is an essential part of the galleries’ design. “The scrim softens the views of the structure,” says Laurence Burns, principal at Kendall/Heaton Associates (architects of record for the project). “You get a glimpse of the structure and skylights, but they do not become the focal point and do not divert attention from the paintings.” Burns adds that they tested several different materials until they were “satisfied with the scrim transparency and translucent levels and its texture.” 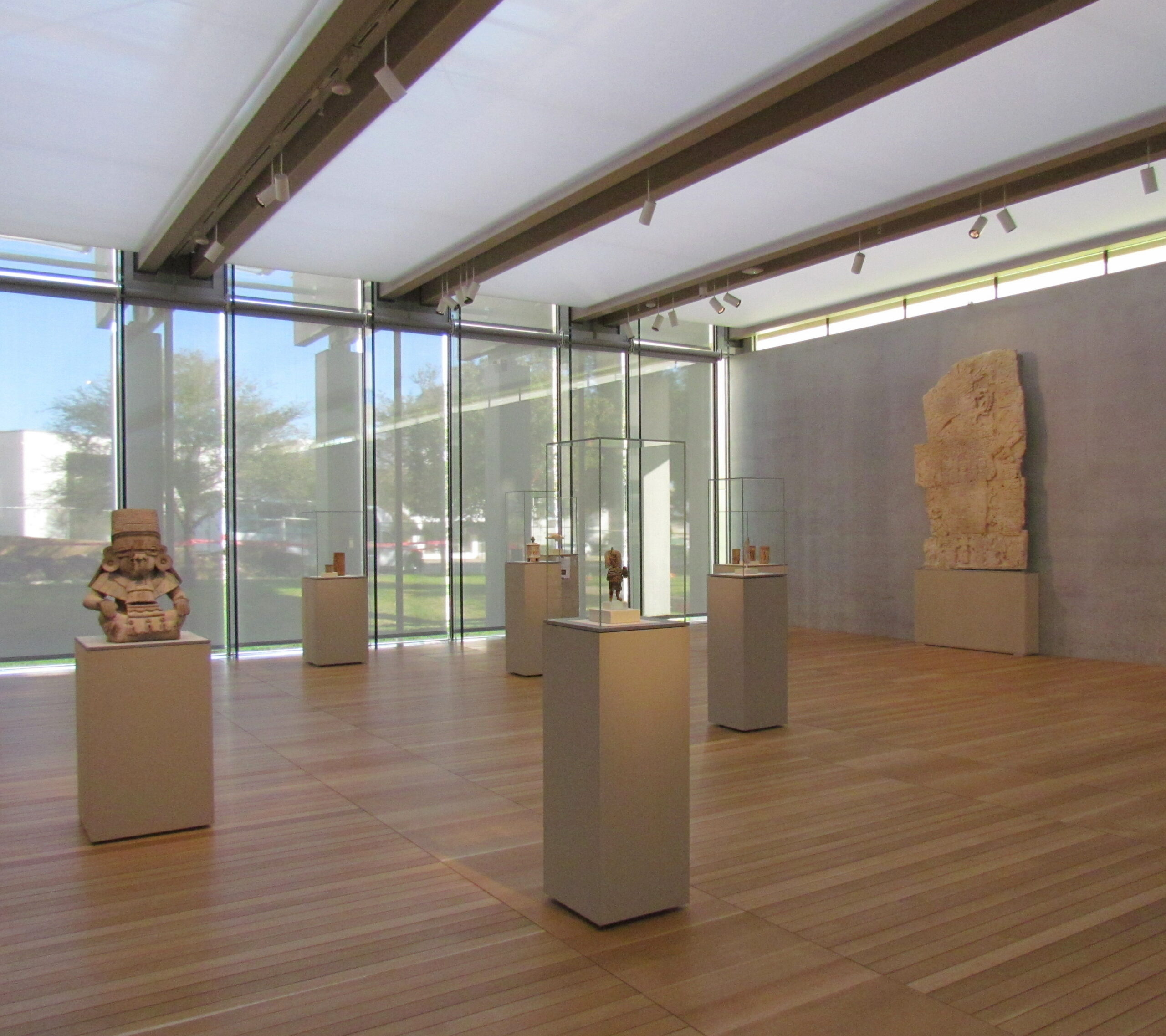 When discussing the project with Mark Carroll, partner at RPBW and the architect in charge of the new building, tells me how carefully they studied the light in the Kahn building and how they aspired to emulate it, but also added the more sophisticated controls that are now technically possible. The glass walls used throughout the project further bring in sunlight and open up the Piano building, giving it an airier atmosphere and a nuanced connection to the outdoors; we feel its presence without being overwhelmed by nature. “The Kahn building in a way is ‘introverted,’ it favors looking in, while the new building favors both looking in and out,” notes Carroll.

In spite of the exposed concrete walls (a choice not often seen in RPBW projects) ethereal is indeed a good word to describe the building. Light seems to come from every direction, expansive and generous, leaving a feeling that the building is just barely there, contrary to its sizable footprint and complex program. The visitor feels sheltered and the art looks as if it has always belonged there.  As Eric Lee says, “The art comes alive in those galleries.” 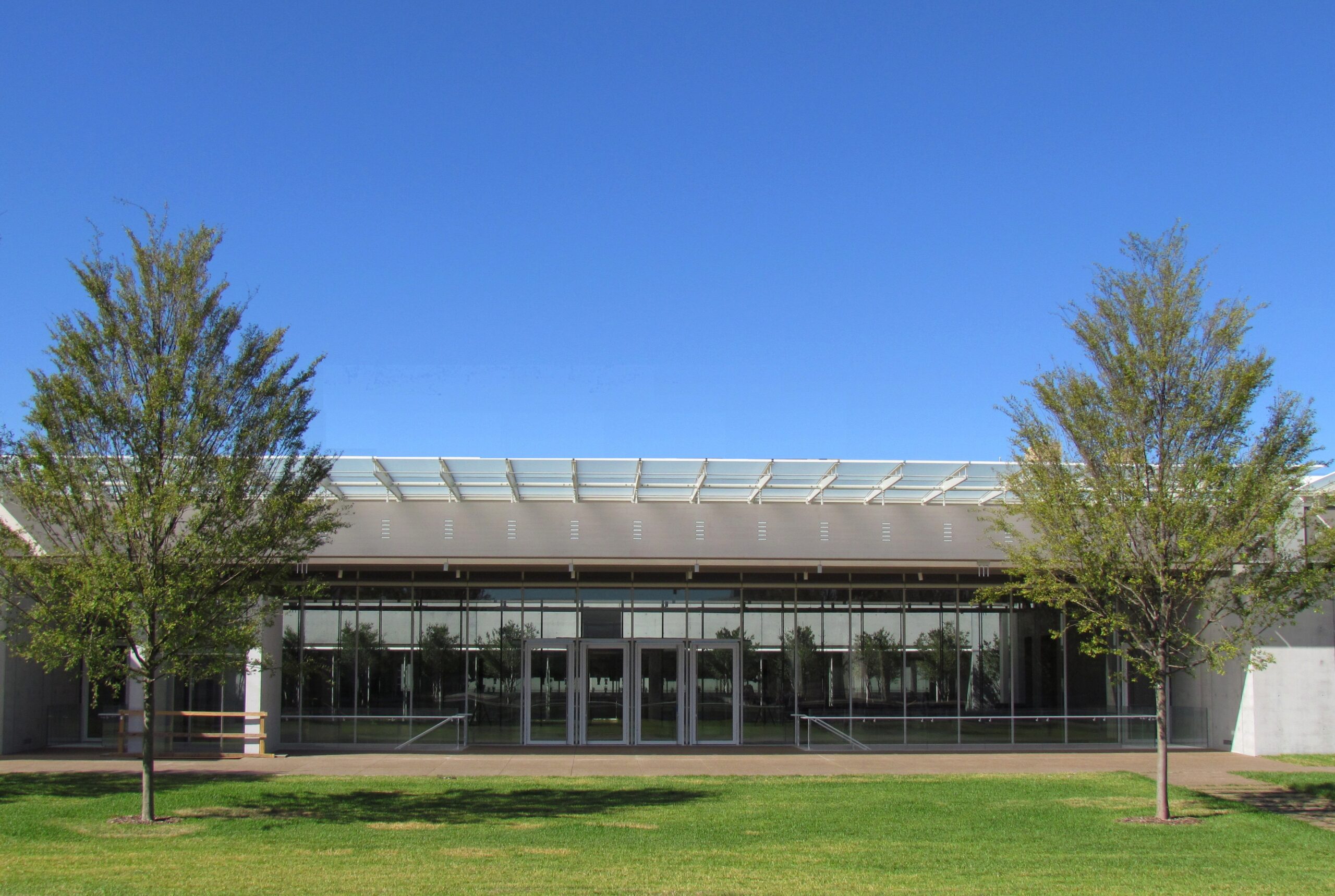 With this kind of care, detail, and expertise in using light to best showcase the art while creating a captivating setting, it’s no wonder that so many museum projects end up going to RPBW. These institutions know that with Piano they will get a building that honors and prioritizes exactly what their main raison of being is: the viewing of art. And at the new Kimbell addition RPBW, through their exquisite taming of the light, provide exactly that, while paying homage to an American modern architecture classic.