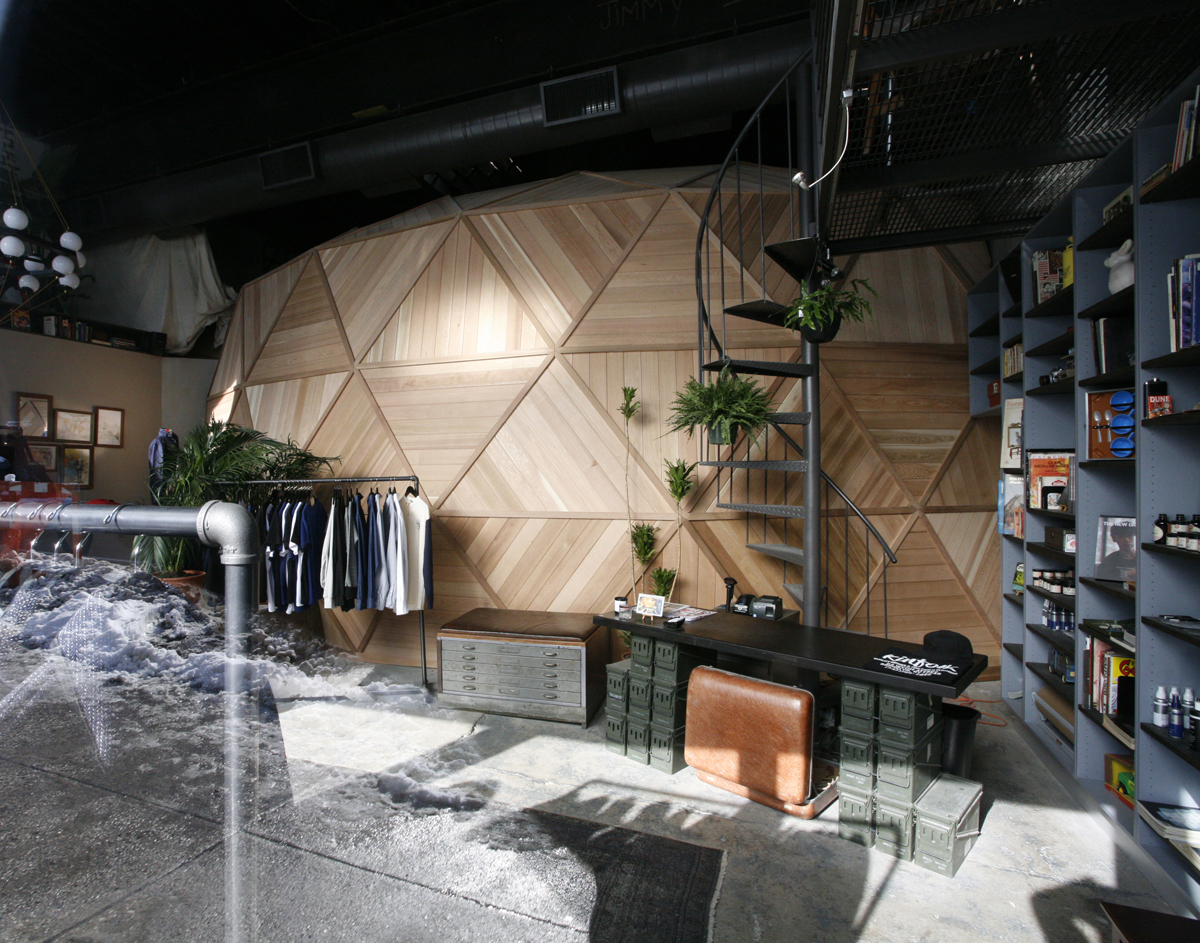 When the young culture mavens at Kinfolk Studios opened a second Brooklyn location, they turned to Berg Design Architecture to create the setting for a creative hub.

What would a multidisciplinary event space in Brooklyn look like if it were designed by an off-the-grid, hippie, dropout mathematician from the Pacific Northwest? This is the question that Ryan Carney and Maceo McNeff—the founders of Kinfolk—posed to architect John Berg and his colleagues at Berg Design Architecture regarding Kinfolk’s second Williamsburg, Brooklyn, location, Kinfolk 94.

Two years ago, Carney and McNeff brought their design-inflected, experience-centric lifestyle ideas to Kinfolk 90—a combination coffee shop, lounge, restaurant, and design studio that has become a neighborhood destination. The new Kinfolk 94 houses a bar and art gallery that can double as an event space, and a retail store with a selection of menswear.

Berg Design responded to Kinfolk’s question with a nontraditional version of a geodesic dome that encapsulates the cocktail area and gallery while creating a partition from the adjoining store.

Arriving at this solution wasn’t easy. “One of the most difficult things to achieve was that they wanted the bar to feel intimate to 30 to 40 people on a slow night, but also hold 150 and still feel connected,” says Berg. And when the architects arrived to make their first presentation, they discovered the entire Kinfolk staff waiting for them—bartenders, bar backs, waitstaff, and the like. “Everyone had their own opinion of what they wanted to see,” says the project manager Alex Chaintreuil. 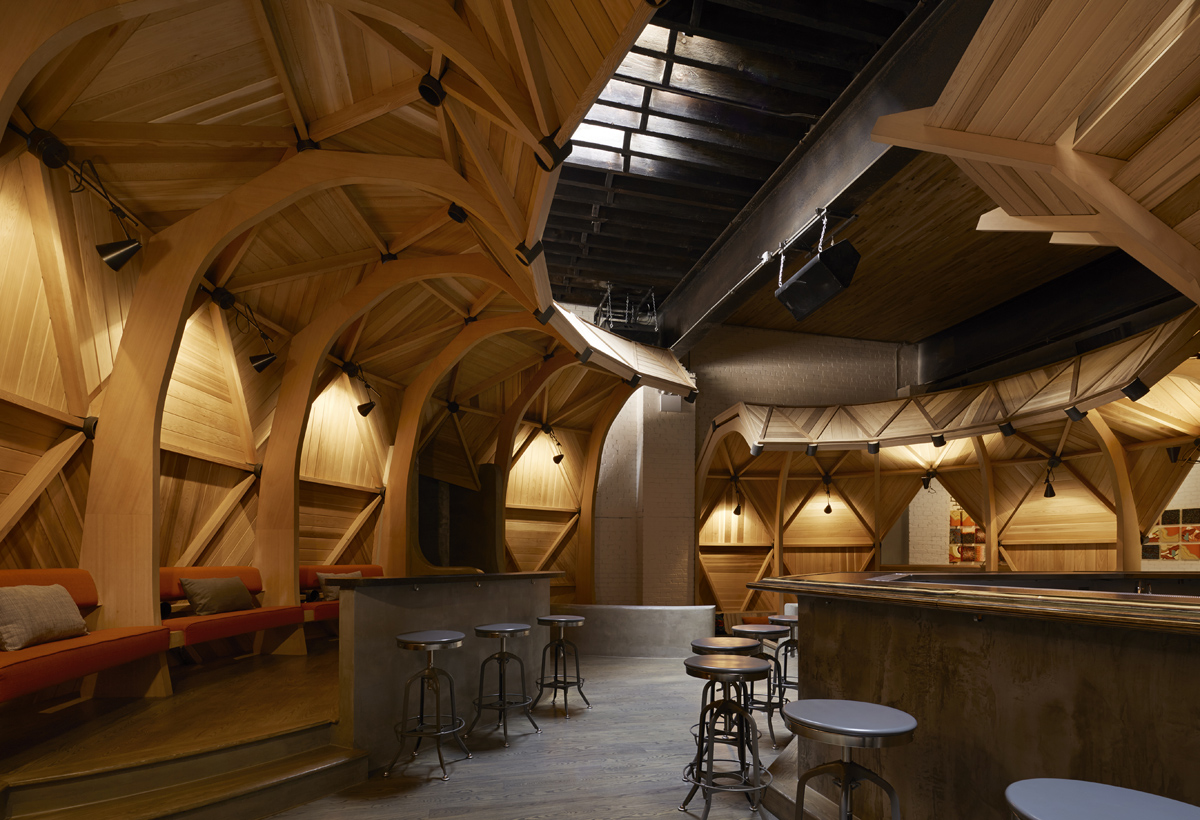 Using plywood, douglas fir, and western red cedar, Berg Design combined a complex structural idea with the concept of a bird’s nest for its design of the Kinfolk 94 multifunctional space.

Carney and McNeff weren’t kidding when they said they wanted the design to incorporate mathematics (Carney is a former NASA mathematician), requesting that the architects use geodesic design. “It took us a long Creative Geometry time to convince them that Buckminster Fuller’s geodesic dome is half a sphere and that, if you take away any parts, it falls down,” says Berg. “We devised a sort of hybrid with laminated plywood ribs, the geodesic structure, and shelves.” 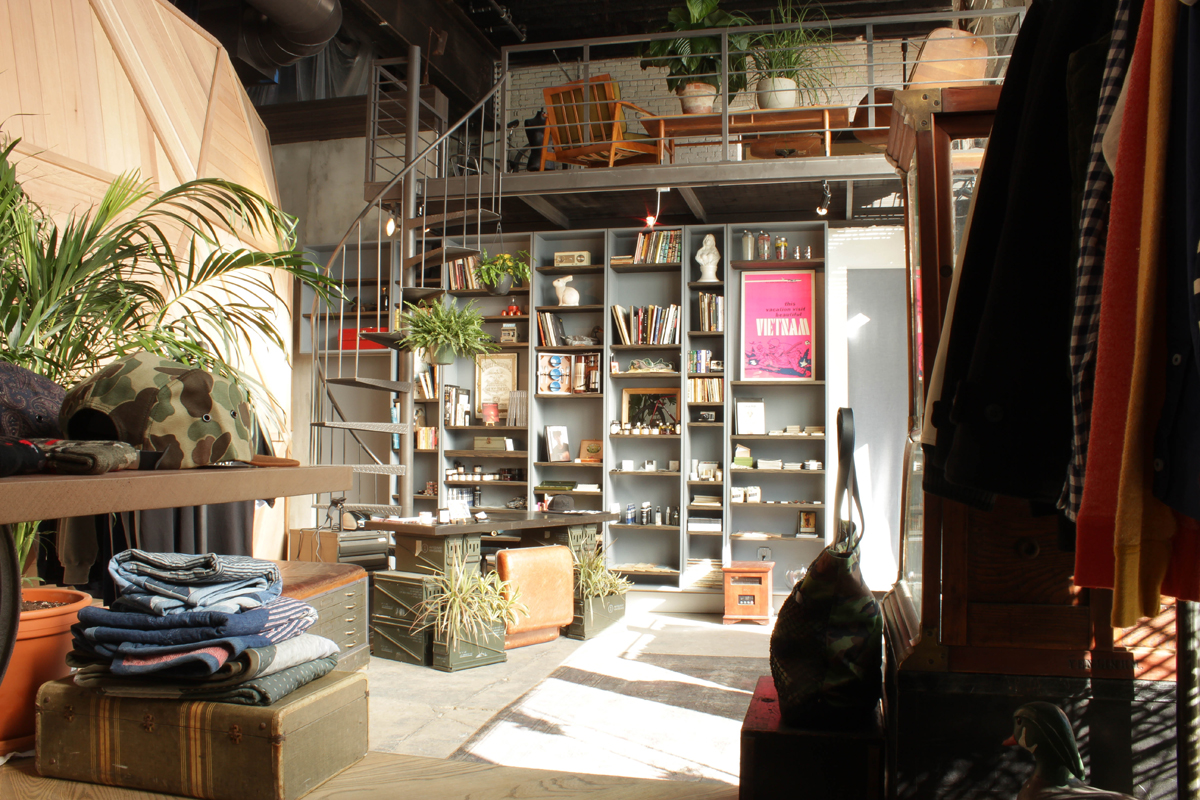 Then Damien McRae of the construction company Damo & Bros was enlisted to transform what Berg describes as “an impossibly intricate set of lines, letters, and numbers” into the final nest-like structure that is as architecturally sound as it is aesthetically pleasing. “Everything had to have two purposes,” says Chaintreuil. “For example, they didn’t just want the ribs to be a shell. They wanted them integrated into the furniture. And the bar staff had a specific request for how they wanted it to look, but also how it would function. Nothing is just gratuitous decoration.”