The Rooms at Vienna’s 25hours Hotel Are “Alice”-Level Mad 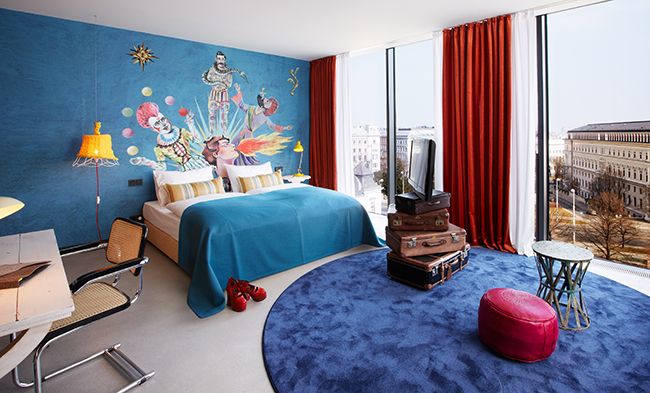 Vintage pieces and found objects are tied together by a circus theme in this room at the 25hours Hotel.

Kitsch is not necessarily a bad thing. It distorts reality, but also helps us understand it. In Vienna, kitsch is usually embodied by the nineteenth-century Empress Sisi and the Gemütlichkeit (lightheartedness) that rules the city. A circus isn’t what comes to mind.

But at the 25hours Hotel Vienna, which completed its final phase of construction in April of this year, the interiors are all about acrobats, animals, and the arena. “Vienna was a pioneer in the history of the circus; it had three or four permanent venues,” says Armin Fischer, the founder of the Augsburg, Germany-based interior design firm Dreimeta. “Design must tell a story,” he says, and the tale of the circus is certainly an easy one to bring to life. “So many design hotels lack depth, and I ask myself, what do they want to tell me?” 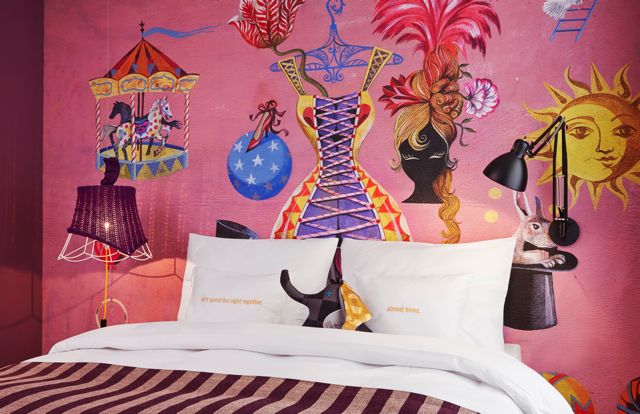 Above: The artwork in the hotel’s 35 suites; Below: The rooftop bar’s view of the city of Vienna 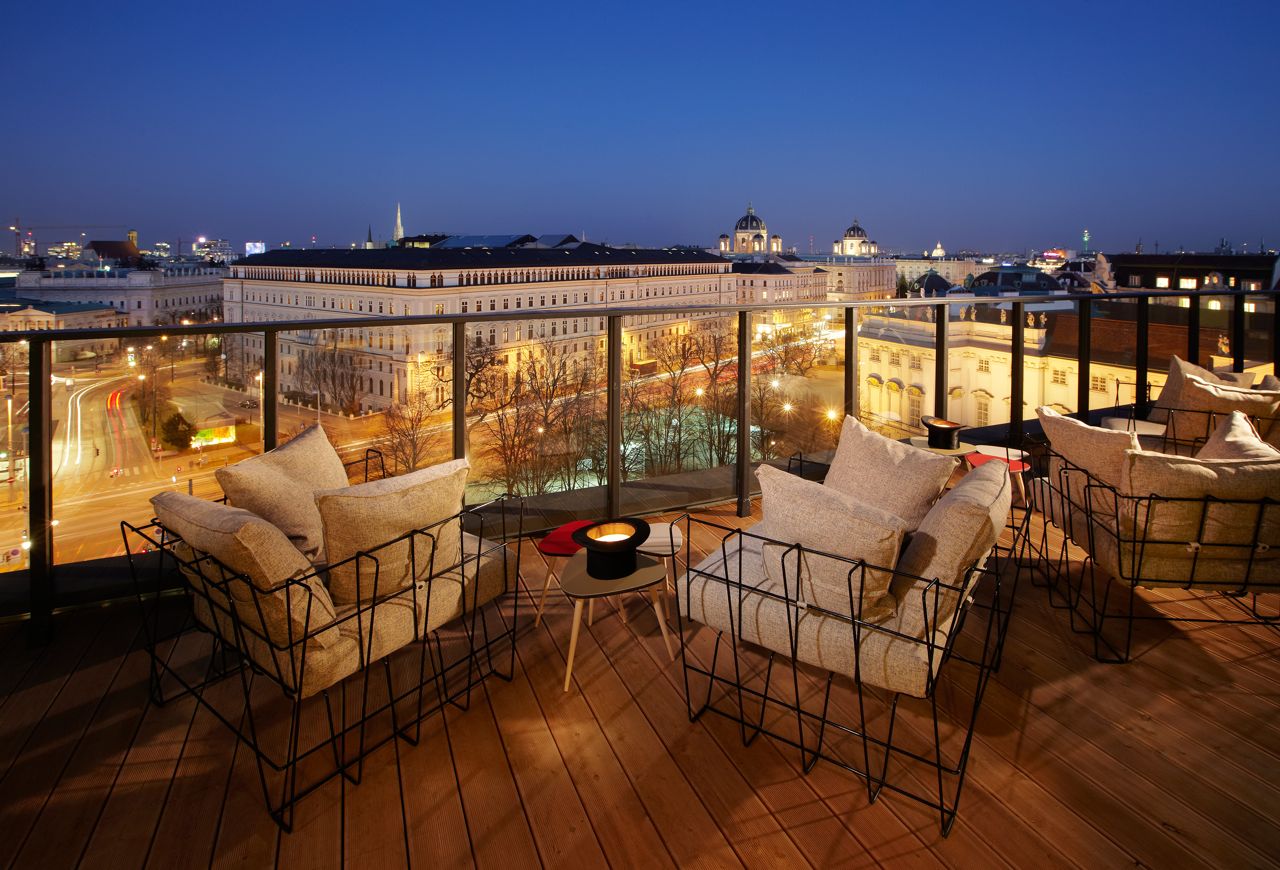 The theme helps this building, a member of the Design Hotels group, avoid the monotony of many other properties. From the basement to the attic, it is filled with individually selected vintage props like slot machines, feather boas, and beanbags. In the lobby, large partition grilles evoke animal cages. The kitchenettes in the suites recall circus caravans, and all over the hotel Berlin-based illustrator Olaf Hajek has decorated the walls with trapeze artists, lion tamers, knife throwers, and clowns. The hotel’s exterior reflects none of this spectacle—except for a large sign over the entrance saying, “We are all mad here.” 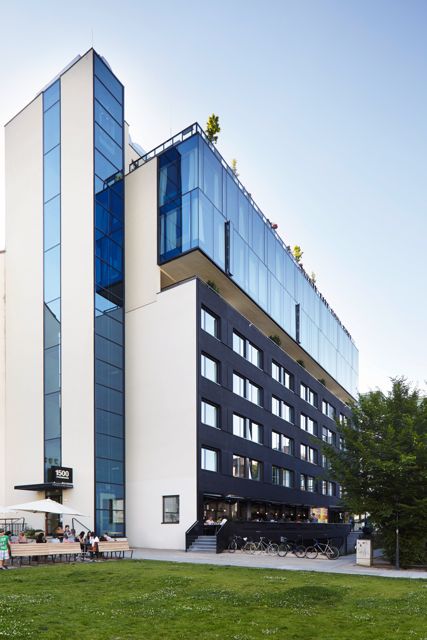 The 25hours Hotel is housed in a shining blue extension to a 1969 building by the modernist Kurt Schlauss.

Designed in 1969 by Kurt Schlauss and originally clad in a dreary coat of aggregate concrete, the building had turned the entrance of Lerchenfelder Strasse, an important street radiating from Vienna’s center, into an urban blind spot. In 2011, BWM Architekten und Partner, a local office known for its intelli-gent adaptations, completed a three-story blue-glass extension to house 35 suites and a rooftop bar—the first section of the 25hours Hotel. It redefined the building’s proportions and turned it into a favorite hangout for local hipsters, coveted for its splendid views over the historic center of the city. Recently, 185 guest rooms, a new restaurant, and several facilities were added, and the cladding was redone. “We knew that the aggregate con-crete had to stay,” says BWM Architekten’s Markus Kaplan, “but we didn’t want to pre- serve the ashes, we wanted to pass on the fire. So we glazed it in anthracite gray.”

In a city where modernism is usually suffocated by the baroque, perhaps there is a real purpose after all to the kitschy circus inside a sober building—to show that exaggeration and understatement can coexist, even in Vienna.