This post is part of a series written and curated by the Rudy Bruner Award that focuses on placemaking in American cities. The series offers a detailed look at the 2013 award selection process and site visits, case studies from past award winners, and highlights from events such as the Bruner-Loeb Forum.

We held our final 2013 Rudy Bruner Award (RBA) for Urban Excellence medalist events last month, honoring affordable housing development Via Verde in Bronx, New York, and Louisville Waterfront Park in Kentucky. Both projects—the largest among our 2013 winners—illustrate how public leadership and collaboration can be instrumental in advancing ambitious, large-scale projects that influence the ways cities approach critical issues such as urban housing and waterfront development. 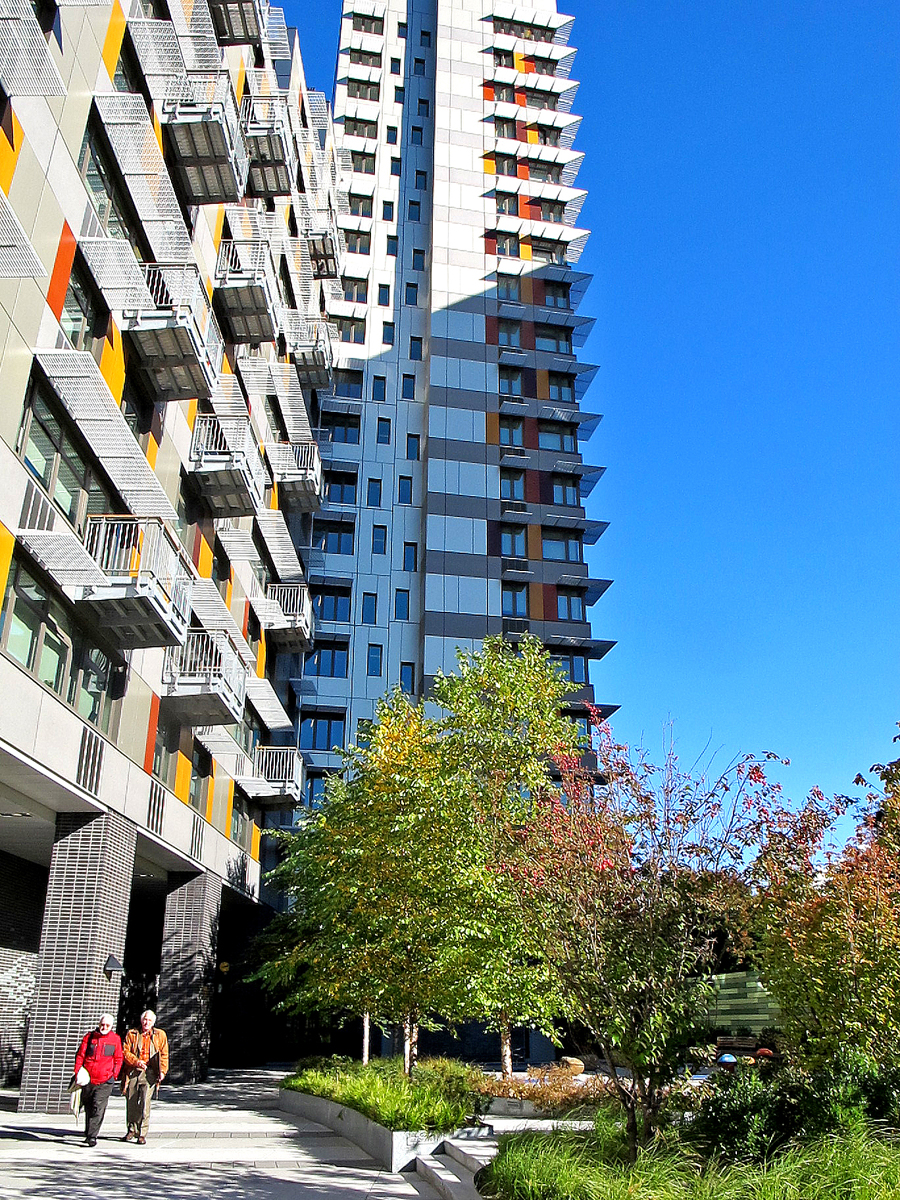 The award ceremony was held at Via Verde in the Bronx.

Kubey said that the New Housing New York Legacy Project set the stage by generating interest through billing the opportunity as “the city’s first design competition for housing that is affordable, sustainable, and replicable,” and by influencing the city’s process for soliciting proposals from developers. Leicht and de la Torre acknowledged that the project benefited from the fact that it wasn’t guided by the city’s usual, prescriptive request for proposal, the typical approach to affordable housing development. This inspired new collaborations among architects and developers—a partnership including Phipps Houses, Jonathan Rose Companies, Dattner Architects, and Grimshaw Architects—and the city. This collaboration fostered creative solutions to achieving density on a constrained site, expedited the city’s typically tedious approvals process, and resulted in the incorporation of its Active Design Guidelines into the design. The Legacy Project: New Housing New York, a book by Lance J. Brown documenting the remarkable process, including the public/private partnerships that made the project possible, will soon be available. 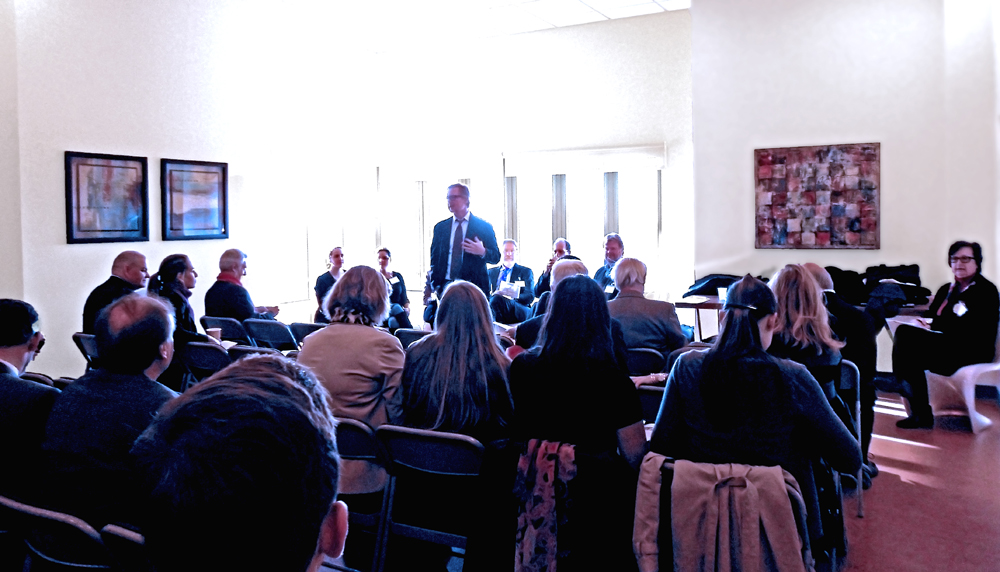 The energy between the panelists and the audience was palpable as the group in front of the room reflected on the project’s ambition and scale as well as the way it continues to resonate in the community. For instance, NYC HPDC has since incorporated language from the request for proposal used for Via Verde into those for other projects, including a neighboring site. Residents in the area viewed Via Verde’s distinctive exterior, scale, massing, and integration of indoor and outdoor spaces as signs that something different was taking place in their neighborhood, leading the development to become a source of community pride. As one person suggested, “It’s a game changer.” Szenasy had a great time moderating the discussion. As she tells it: “It was like one of those lively New York community meetings, except there was no venom. The audience, including the banker who helped finance it, the executive director of the local AIA who championed the New Housing New York program, and a young man who grew up in the neighborhood and was part of the catering staff that morning, added their own voices of praise for this inspiring and thoughtful project.” 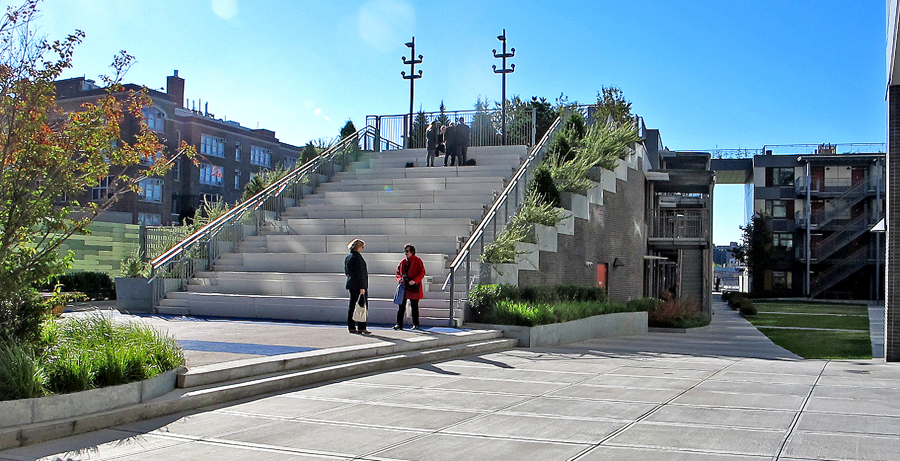 Community pride was also evident during my visit to Louisville for the presentation of the 2013 RBA Silver Medal to Louisville Waterfront Park on October 30th. Representatives from the mayor’s office and the city council joined Waterfront Development Corporation’s staff, board, and supporters for a press conference that marked the occasion in WDC’s conference room overlooking the Ohio River. WDC president David Karem and Gretchen Milliken, deputy director of Advanced Planning for Louisville Metro Government who accepted the award on behalf of the mayor, acknowledged the significance of winning a national urban design accolade. Councilman David Tandy spoke about the role of the park as a public space that brings people from Louisville together: “…where we come together to celebrate…stay connected with our past…and chart a course for our future.” 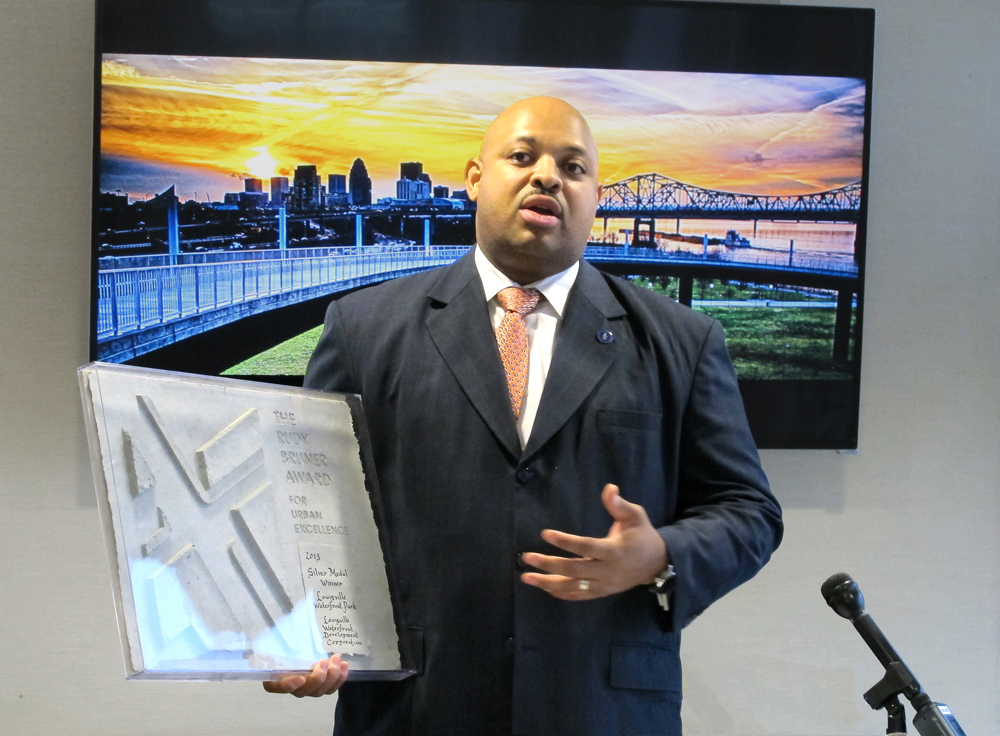 Later in the day, I joined Bob Hill, Louisville Courier columnist and HomeGrown radio host, for an interview about the RBA and the park for Louisville’s MetroTV. We talked about its development and how land once occupied by scrap yards and gravel companies was transformed over 25 years into an award winning, 85-acre destination that reconnects the city with the river.

The Waterfront Park builds upon Louisville’s rich Frederick Law Olmsted Parks and Parkways legacy and has inspired additional investment in planning for new parkland along its perimeter. This includes planning for the Waterfront Botanical Gardens, a botanic garden and conservatory on the site of a former landfill at the eastern edge of the park, and WDC’s selection of Andrew Knight and MKSK Studios of Lexington to design a preliminary master plan for an extension of the park referred to as Waterfront Park West. 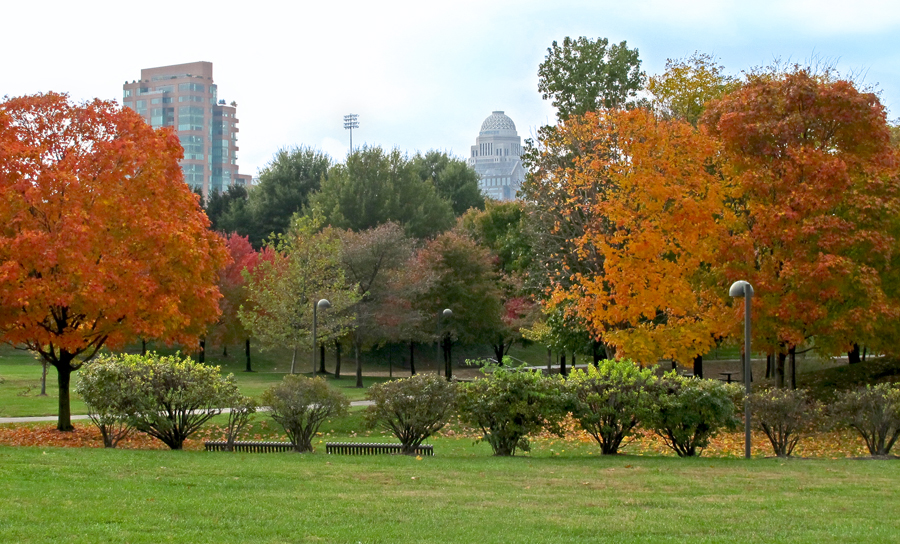 These two projects, as well as all of this year’s RBA medalists, are inspiring new approaches to development in their communities and elsewhere. We’ll continue to share information about our winners at upcoming conferences and presentations. Next year, the Bruner Foundation will publish detailed case studies about all five 2013 Rudy Bruner Award medalists that will be added to our online catalog of resources and publications. Visit our website to learn more about these and events such as our annual Bruner Loeb Forum, recently held in Detroit with the theme of Legacy Cities, about which I’ll report in my next post.