Concerns for locally sourced food and community building come together in the Grand Rapids Downtown Market in West Michigan.

After visiting Quixote Village in Olympia, WA, the Bruner Foundation team flew to western Michigan to visit another of the five 2015 Rudy Bruner Award for Urban Excellence finalists.

Grand Rapids Downtown Market is a new downtown public space in West Michigan that promotes local food producers, entrepreneurship, and education about nutrition and healthy lifestyles. It is located just south of the downtown business district in Heartside, one of the area’s most challenged neighborhoods, which is home to food pantries, homeless shelters, and social service organizations. The market seeks to link urban communities with the 13,000 farms in 11 surrounding counties, and to attract a diversity of customers and additional investment to the southern edge of downtown Grand Rapids.

The state-of-the-art, award-winning facility is the first LEED Gold–certified public market in the country. Designed by Hugh A. Boyd Architects, the project was realized in collaboration with Michigan-based Progressive AE, based on a concept developed by consulting form Market Ventures Inc., which specializes in the planning and development of innovative food-based projects and programs. 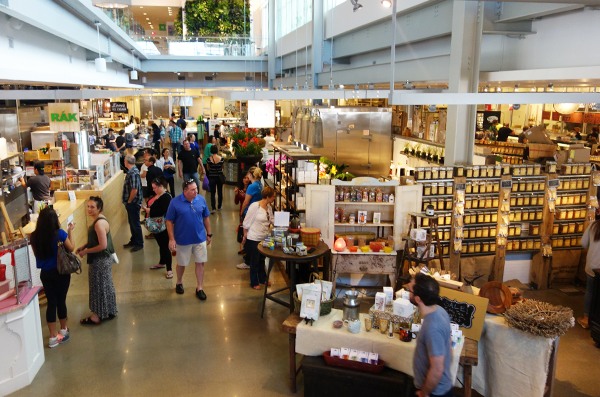 The market hall is a showplace for locally produced food and businesses.

Food and health-related educational programming is core to the market’s mission and is provided through partnerships with organizations including Grand Valley State University, Kent Intermediate School District, Michigan State University Extension, and Spectrum Health Healthier Communities. Classes on cooking and nutrition are offered in the teaching kitchen, which features adjustable height countertops that can be lowered for children. FoodWorks, the incubator kitchen program, assists start-up entrepreneurs with the development, production, and marketing of food products using a shared commercial kitchen. 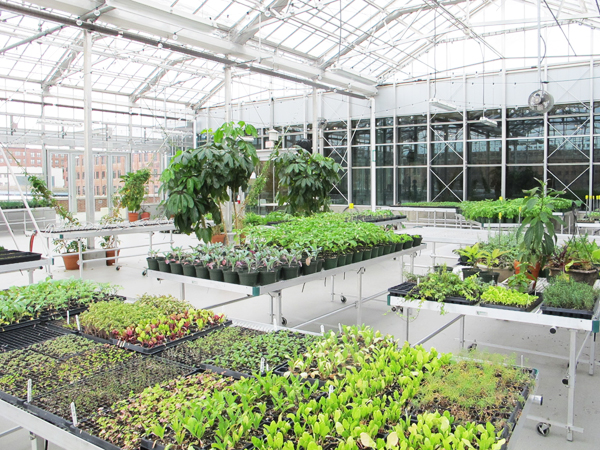 The rooftop greenhouse is used for plant cultivation and special events.

The market offers a variety of fresh and healthy food options in a neighborhood once considered a food desert. Vendors accept SNAP (Supplemental Nutrition Assistance Program) food stamps, and the market partners with local nonprofits to provide educational scholarships to low-income residents along with complimentary transit passes and “Produce Bucks” that can be used to purchase ingredients from Relish Green Grocer. The Heartside Gleaning Initiative collects excess fresh produce from market vendors for distribution to local food pantries.

The Grand Rapids Downtown Market was made possible through a public/private partnership led by Grand Action, a not-for-profit organization that has revitalized downtown through investments in major projects such as the new $75-million Van Andel Arena and renovation of the historic Meijer Majestic Theatre. “The city seeks to be a community of the future, not the past,” says Dick DeVos, co-chair of Grand Action; the organization believes in “thinking boldly, planning collegially, and acting urgently.” The $32-million market received funding from private donors and foundations, the City of Grand Rapids, the Environmental Protection Agency, and the State of Michigan. Local public agencies contributed infrastructure improvements including new streets and sidewalks, and enhanced public transportation access through the rerouting of bus routes. 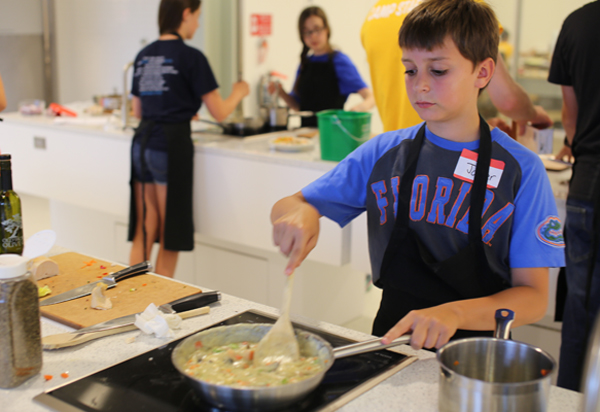 The teaching kitchen hosts a variety of culinary and nutrition classes for adults and children.

The development has sparked $50 million in new investment in the neighborhood, including the conversion of two adjacent vacant warehouses into 170 units of affordable housing, helping to draw development southward from the downtown core. It has also has generated interest from over a dozen cities in the United States and Canada seeking to develop similar markets.

Since its opening in 2013, the Grand Rapids Downtown Market has become a beacon and source of civic pride for the city. Opening day attracted more than 30,000 people, and the space has become a popular venue for hosting events and meetings. It has become a popular local and regional destination that celebrates the surrounding rich West Michigan agricultural community and brings together local residents, foodies, and city visitors in a light-filled public space. 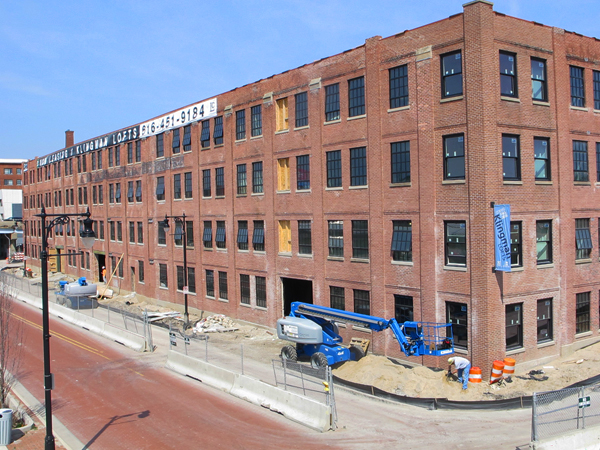 The market has sparked additional investment in surrounding Heartside, including new housing.

Next, we head to Cleveland to visit Uptown District, the redevelopment of a corridor linking art, educational, and healthcare institutions with surrounding neighborhoods, creating new outdoor gathering spaces, retail shops and restaurants, student and market-rate housing, and public transit connections.