The office chair is changing again, as it has for generations, following the shifts in technology, culture, economics, and human behavior. Today’s workers are untethered, mobile, and are seen contorting their bodies into positions previously unacceptable in the office environment.  A changing work environment where people on laptops, tablets, and cell phones collaborate with teammates around the corner and around the world, challenges industrial designers to rethink almost everything we’ve inherited from the 20th century office.

No longer confined to our ergonomic chairs, our bodies twist into seemingly impossible positions as we work on our small, mobile devices. But we aren’t built to hold these positions for long. After a while we feel pressure on our shoulders, neck, and spine, which in turn brings discomfort, pain, and often long-term harm. 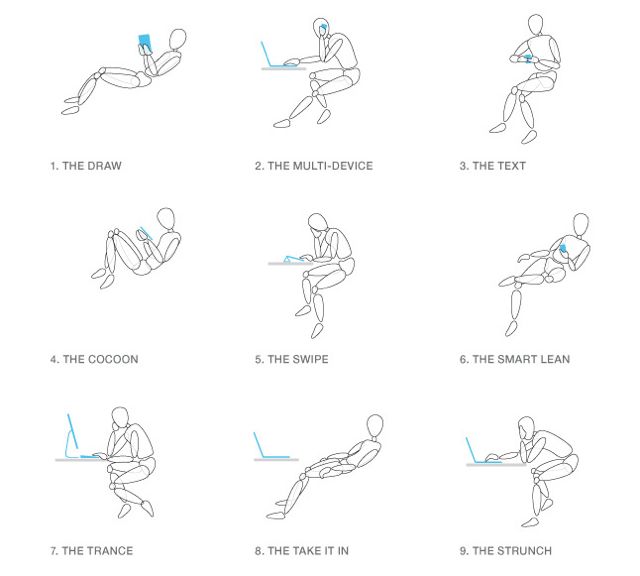 The office furniture giant, Steelcase, responded to these new conditions by recoding people’s behaviors in the office environment, and analyzing their research, in an attempt to gain a better understanding of the new ways of work. “We took our inspiration from the body at work, how it interacts with these new technologies, ” says James Ludwig, vice president of global design.

Researchers from Steelcase fanned out in 11 countries to observe the sitting habits of 2,000 people. Their study revealed more than a hundred different working positions, which the researchers edited down to nine. Not surprisingly, most of these positions showed people scrunched up in unnatural postures centering their attention on their electronic tools. With these insights in tow, Steelcase’s design team came up with solutions that would make the experience of interacting with technology more comfortable and enjoyable. Movement, support, and flexibility were key to making the experience of working from a seated position more comfortable. The end result is the Gesture chair, shown at Neocon this week, and available in the fall of 2013. 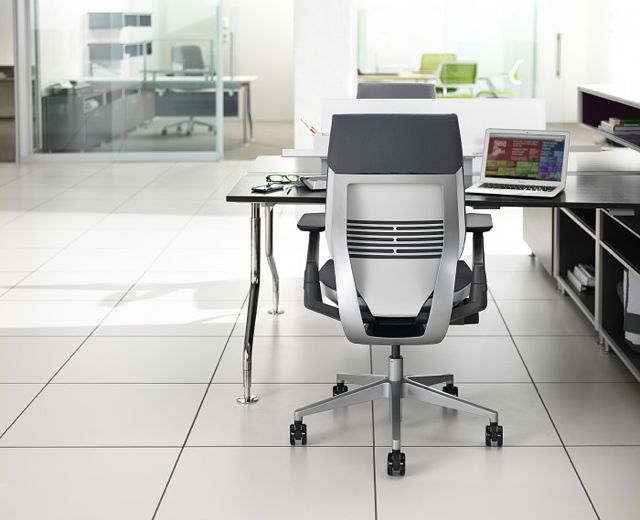 The crucial tenet behind the Gesture’s design is synchronicity of movement, which allows for a seamless response to the dynamics of the body. The back and seat of the chair move in tandem, and the arms mimic the motions of human arms. Ludwig describes it as a “chair that encourages motion rather than forcing the body to hold a pose.”

Dora Sapunar is an MA student in Design Studies at Parsons the New School for Design.