The MIA’s 4,000-object African collection now has a revitalized home.

The imperious museum building, designed by the imperious celebrated architect, has been de rigueur for the last twenty years. But what about interior spaces? Can eminent architects be sensitive design stewards of art—and art museum needs—when re-designing pre-existing galleries? The recently opened African art galleries at the Minneapolis Institute of Arts (MIA) make an airtight case for such a move. Designed by the architectural firm VJAA, of Minneapolis, the 4,800-square-foot scheme is a splendid environment for the museum’s African collection.

The new galleries were a new venture for MIA, which has a history of working with lauded architects. The 99-year old museum’s architectural lineage claims McKim Meade & White, who designed its original 1915 Neoclassical building; the late Kenzo Tange who designed its 1974 minimalist expansion bookending the original building; and Michael Graves who designed its three-story 2006 Target Wing. VJAA, which received the 2012 American Institute of Architects, Architecture Firm Award, deepens this impressive list. 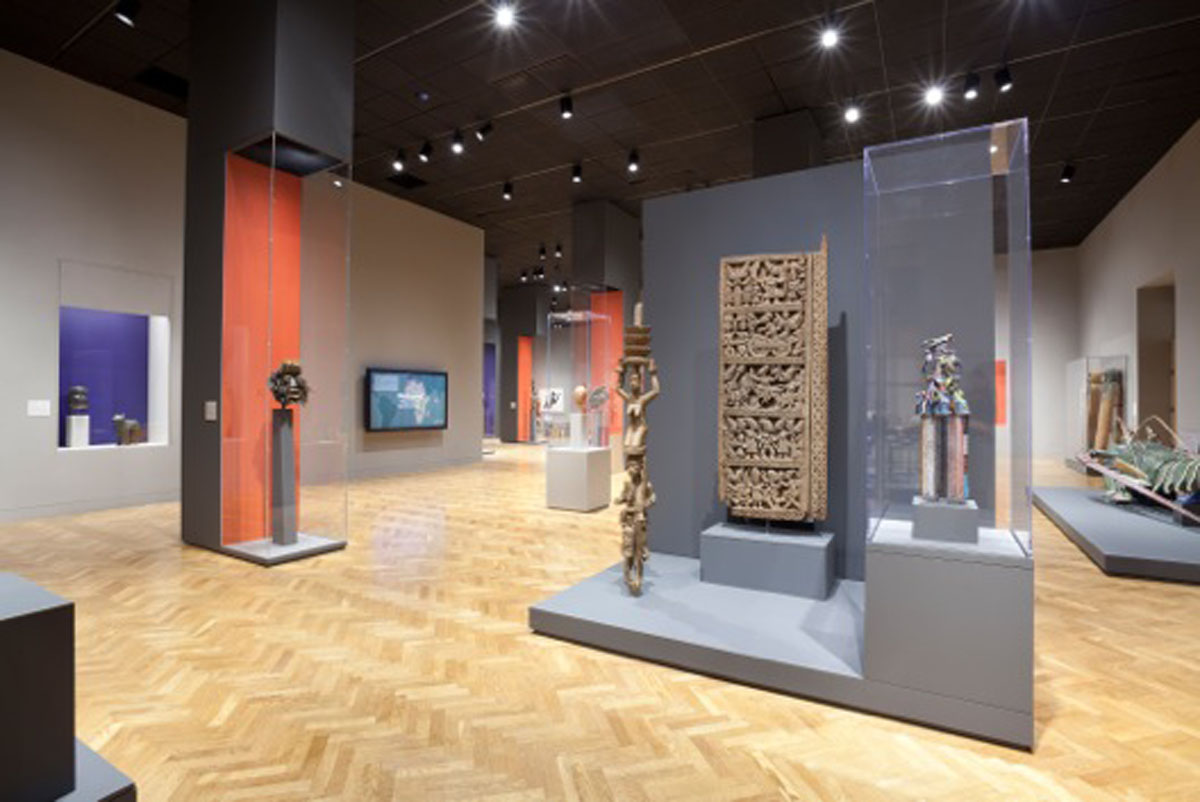 “We wanted a total changed environment,” explains Jan-Lodewijk Grootaers, the curator of African art and the museum’s first African specialist who was hired in 2008.  “I wanted walls torn down to open up the space, and wider openings in between the galleries. I wanted a new visual vocabulary in which to showcase the collection.” One of four firms interviewed for the project, VJAA “had the most convincing design that brought a level of excitement to the galleries,” Grootaers recalls.

VJAA’s vision is a crisp but understated expression of space and materials. The galleries not only allow their contents to shine, but also encourage the viewer to explore further. What was previously a prescriptive, even claustrophobic, viewing experience now consists of three open, fluid spaces with carefully orchestrated vistas and lofty ceilings. Laudably, VJAA’s design scheme also aligns effectively with the MIA’s stylistically diverse and complex architectural footprint. Stepping into the African galleries from the broad sweep of the McKim Mead & White marble corridor is a bit like being Alice tumbling down the rabbit hole. 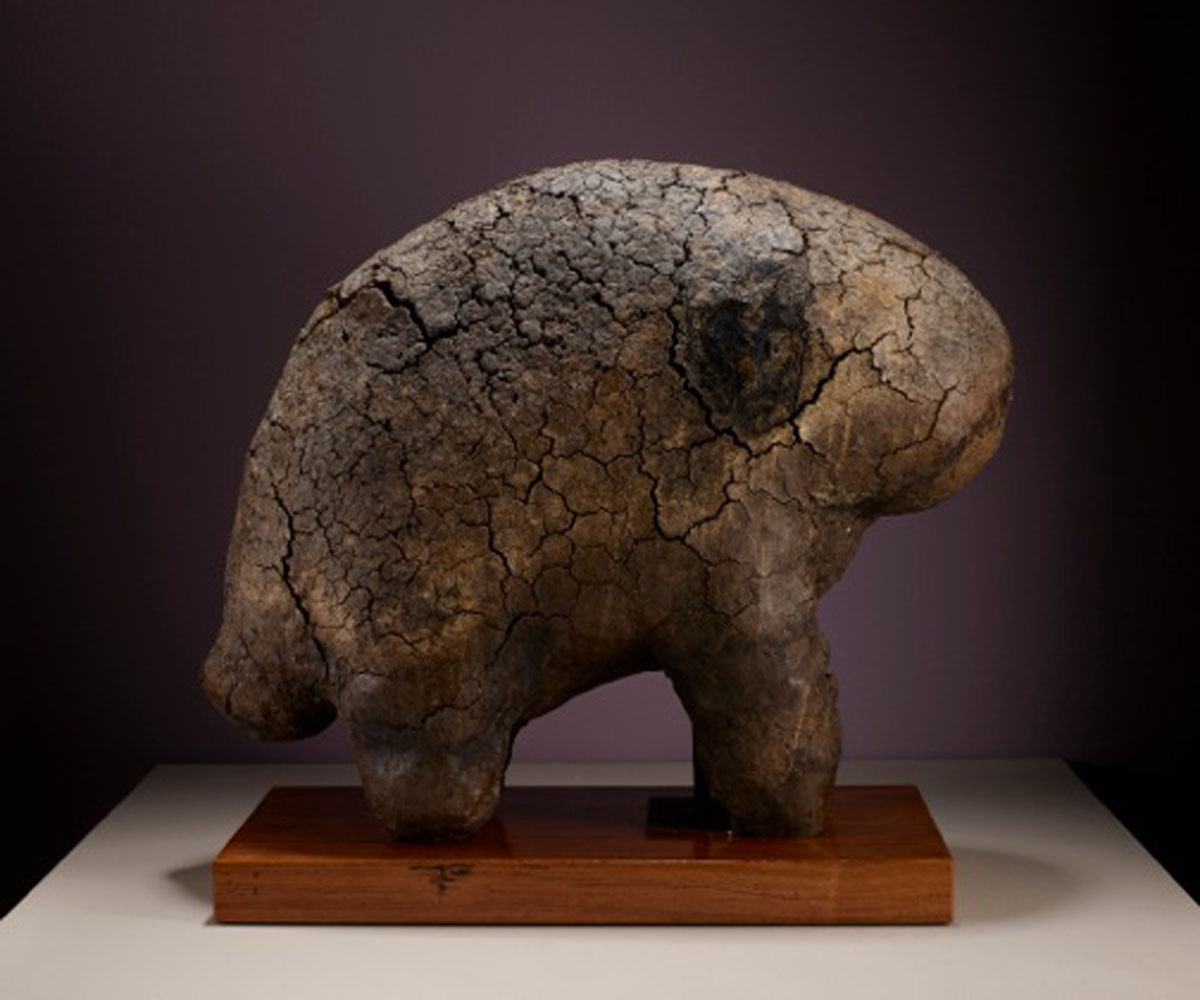 Grootaers wanted museum visitors to experience the African collection—which numbers more than 4,000 objects—holistically rather than as compartmentalized entities. The impressive installation, titled Africa in Motion, comprises six loosely knit thematic groupings that collectively illuminate the diversity and dynamism of African culture. The result is a textured matrix of overlapping aesthetics, history, and objects that includes work from across the African continent and areas of the African Diaspora, dating from 2500 BCE in Ancient Egypt to the present day. Atypically, Grootaers did not group the objects by country or era, but rather by “related function or purpose, material journeys, and informed content.”

“Previously the galleries were static,” says Vincent James, co-principal of VJAA. “We wanted to set pieces in an open field where the viewer would be aware of other works, and aware of movement. There is a magic between the concept of art in motion and the spatial idea of objects in a field.” 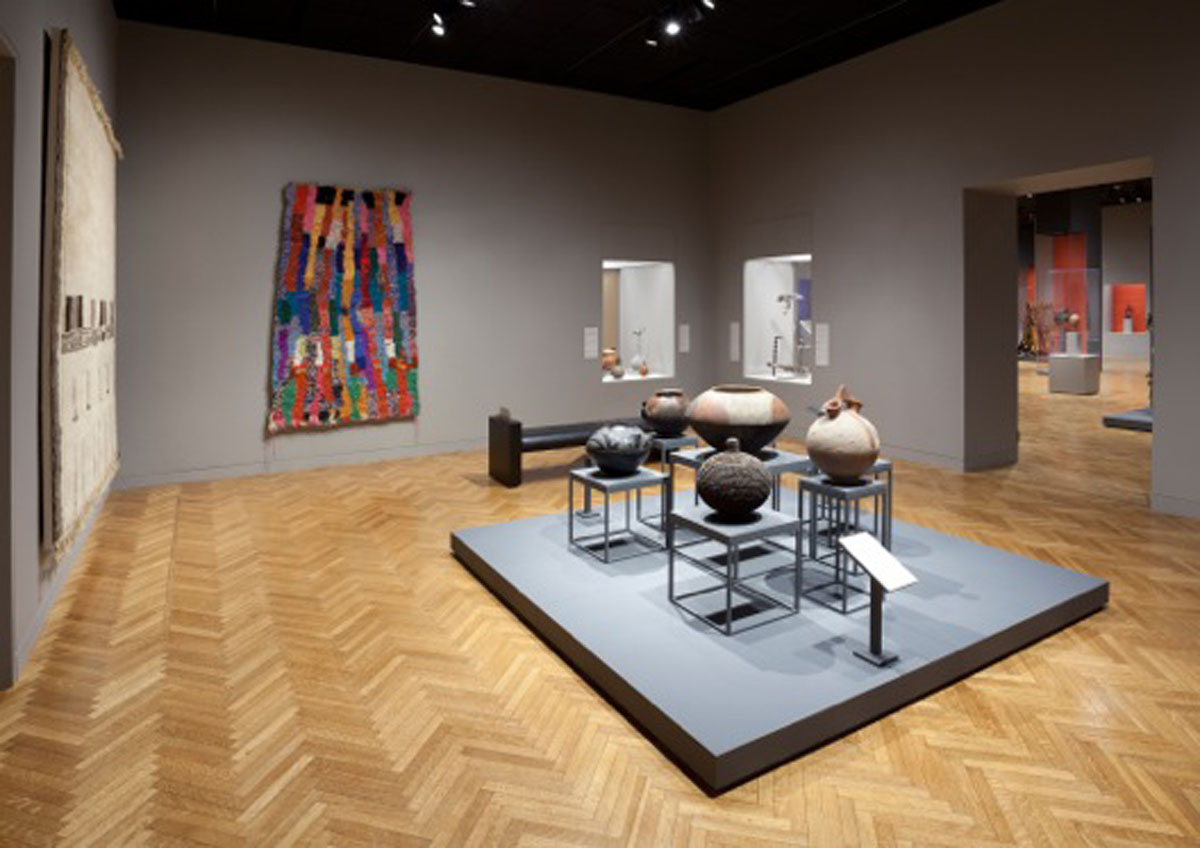 Historically, the exhibition space of the African galleries was restricted by four support columns. “The space—and the objects—were always compromised by the dictates of the columns,” explains Jennifer Yoos, VJAA co-principal. “The question was how to organize the space and create a system where the objects could be seen in a context of other works.” Their solution to demo walls and add four new columns at irregular intervals effectively disrupted the former column grid and opened up the galleries. To promote greater clarity about the complexity and importance of African cultures, Grootaers also edited the number of objects previously on view, from just over 200 to approximately 120 prized objects from more than 30 countries.

Significantly, the eight columns were modified into display venues for masks that are installed at “face height” and viewed nearly in the round. Referred to as the “spine of masks,” this organizational element is key to drawing the viewer in from one gallery to the next. Additionally, Grootaers and the architects applied a precise system of heights for platforms, pedestals, vitrines, and baffle walls to advance the collection’s visual and narrative journey. 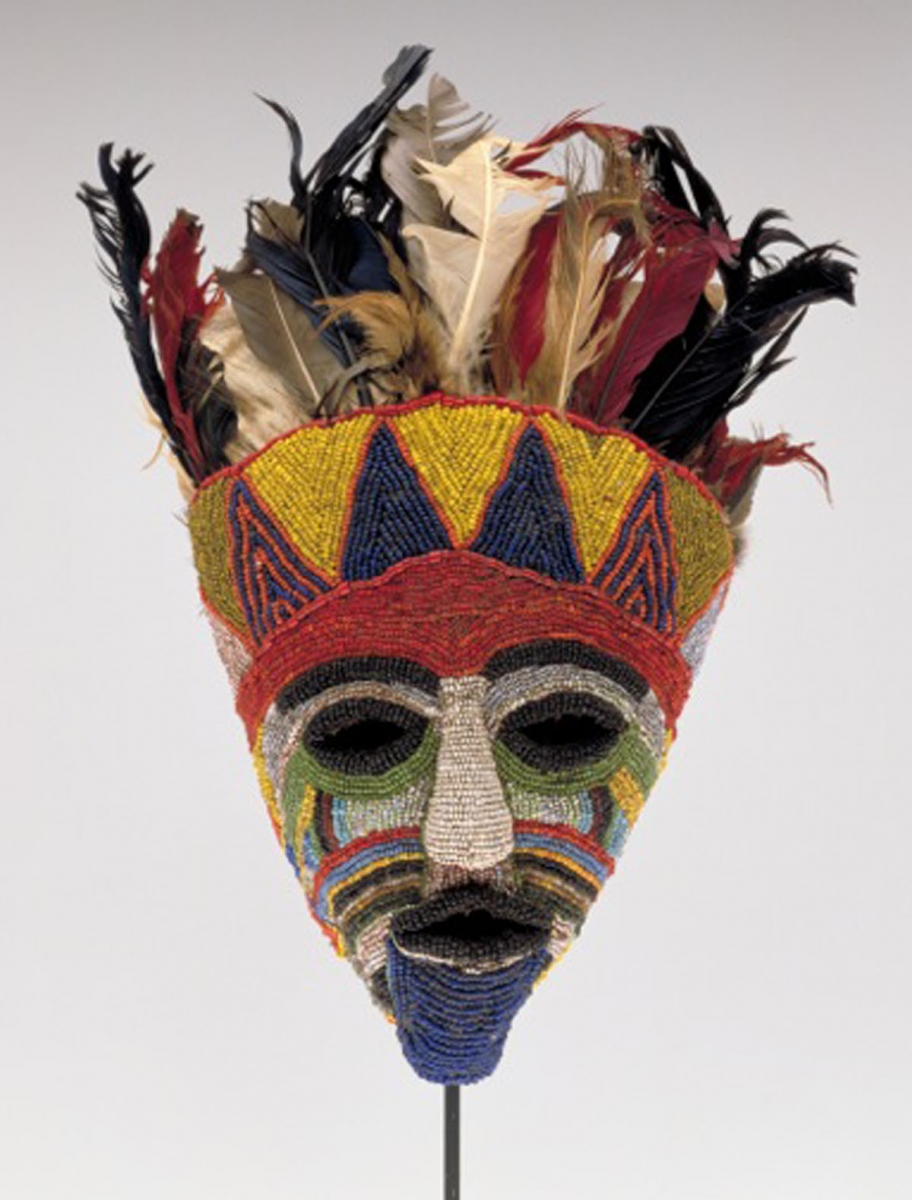 Although less obvious on first visit, color was a key organizing principle in VJAA’s design. Early on, highly involved community groups and a MIA advisory committee reacted to the lack of color in the new gallery design. Consequently, a color system was devised that would resonate with object and viewer—elements unique to African art. To test paint schemes, VJAA placed objects in mockup settings and observed how they played off vibrant indigo blues, laterite reds, and cool greys. Each surface of the gallery is sheathed in these different pigments. The result is a seductive space that is at once open but muted, animated but mysterious.

The MIA also wanted to use technology to tell the collection’s story. Employing museum-designed software, gallery benches are wired with iPads that offer additional information about the objects. A wall-mounted, touch-screen map provides a broad context for the art and continent in a global context. Its multiple map overlays identify the origins of the objects, historical moments on the continent, geographic terrain, and Africa’s many connections with other continents and civilizations. If there is a drawback to this resource, it is the prominent location of the screen. As informative as it is, its glowing presence is visually disruptive.

The true genius of the African art galleries is not its technology, but rather the exquisite subtlely of its redesign that reifies the objects within. Ordered without being rigid, the design enhances the physical, psychological and emotional content of the diverse art in meaningful ways. In fact, the fluid transparency of the design is its calling card; we perceive a complex overlay of remarkable objects simultaneously—just as in daily life.