An architect transforms a city street into a glowing outdoor museum.

Gabriel Kroiz’s temporary installation on the streets of Baltimore.

Artscape, the largest free public art festival in the country, opens today in Baltimore and it is one of my favorite times of year. The festival is this beautiful mess of people, vendors, music, and chaos. The weather is always outrageously hot, the crowds are crushing, the traffic patterns around town a mess. But stand at the crest of a hill, soak in the hundreds of thousands of people—the different races, ages, classes, and styles—and you can’t help but feel this swell of love for all things urban.

Among the miles of exhibitions, music, and food taking over the city streets this year, the temporary structures created by architect Gabriel Kroiz caught my eye.

For the first time, Artscape expanded onto Charles Street, shutting down a portion of a prominent traffic artery from its usual flow of cars. Kroiz’s installation sits on the Charles Street Bridge, adjacent to Baltimore’s Penn Station (where Jonathan Borofsky’s Male/Female sculpture caused some hoopla a few years back).

Kroiz designed facades for artists’ booths lining the bridge as well as temporary houses for a photo project that will run throughout the event. The structures are made out of Coroplast, an inexpensive polypropylene material used primarily in the sign industry. Kroiz has been playing with Coroplast for years, installing it into a green rehab of a local rowhouse, and using it in an AIA award-winning design for an artist’s studio. His firm, Kroiz Architecture, works in Baltimore and Korea, and you can see an Asian influence in the design of these buildings. He developed a way to cut, crease, and fold the Coroplast into three-dimensional shapes, like origami.

I met up with Kroiz on Wednesday as he installed the buildings and prepared the space for the artists. It was a searing 90 degrees, but there was something refreshing about being a pedestrian on a road normally clogged with cars and watching an architecture exhibit rise. Kroiz is volunteering his time and energy to the effort. “Building a temporary museum, creating this temporary architecture is really exciting,” he said. “I want to make Artscape a part of my annual diet. I want it to become my annual play-with-tools vacation.” 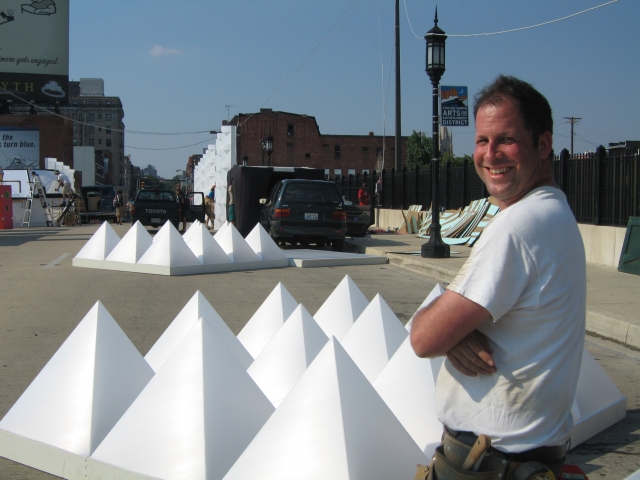 Kroiz stands in front of the roof of one of the huts before it is installed. You can see the origami technique he applied to the Coroplast. 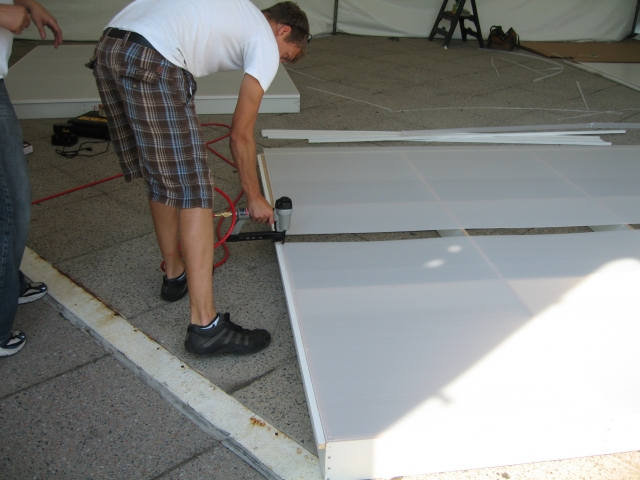 An assistant nails the Coroplast to plywood, creating the walls of the structures. 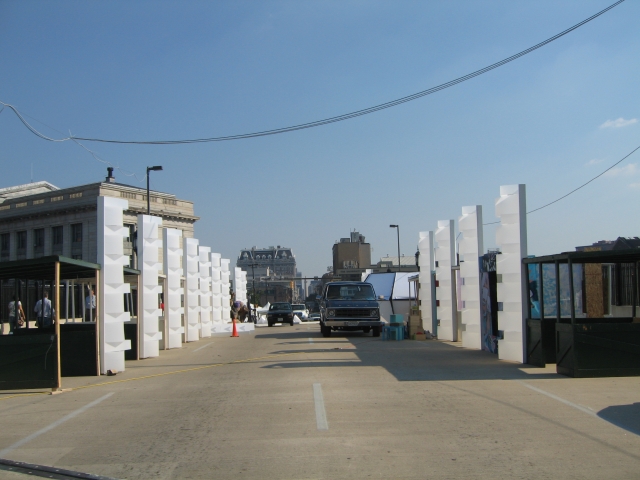 Towers of Coroplast front the artist’s booths. At night, these are lit from underneath to create glowing pillars along the bridge. 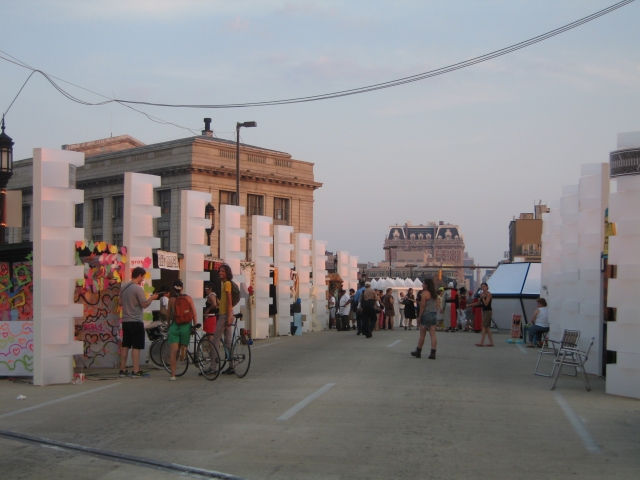 Artists put the finishing touches on their booths last night. The festival opens to the public today. Here, the pillars glow a warm amber from the setting sun. 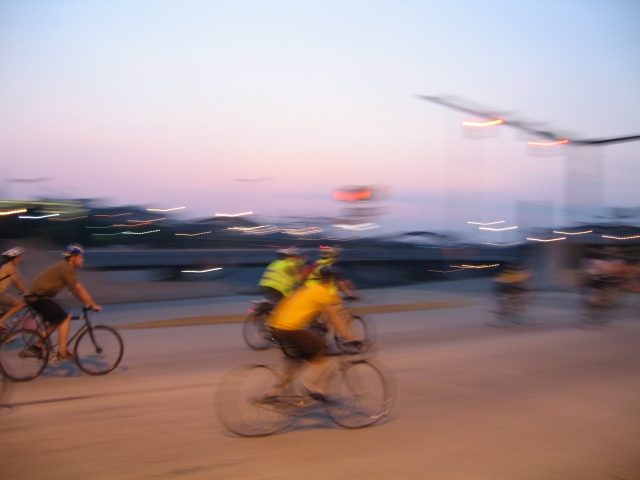 This is a beautiful vision: a swell of bikers pedaled down Charles Street last night during an organized moonlight bike tour of the city.