The works of the 48-year-old Chilean architect Smiljan Radic often defy easy categorization. His buildings, from the dunghill-esque house Radic designed for a charcoal burner to the Mies-meets-Stonehenge Mestizo restaurant in Santiago, don’t gel into a coherent aesthetic. Instead they brazenly mash up the modern and the neolithic in an unwieldy, but always tactile synthesis. Radic’s just-unveiled folly for the 2014 Serpentine Galleries Pavilion is a continuation of this theme.

The 350-square-meter dome structure might be the strangest pavilion in the program’s 14-year history. Radic’s design depicts an fiberglass “space pod” balanced on a circle of large quarry rocks. Speaking with the architect, the Guardian revealed that the project’s formal parti was derived from a cow’s udder filled with newspaper clippings—about the last thing you might confuse for a spaceship. The presentation materials, meanwhile, listed a literary inspiration in the form of Oscar Wilde’s short story “Castle of the Selfish Giant,” which served as the basis of one of Radic’s earlier projects. Still the architect himself suggests another visual likeness, promising that the semi-translucent skin, when lit at night, will make the installation glow “like lamps attracting moths.” 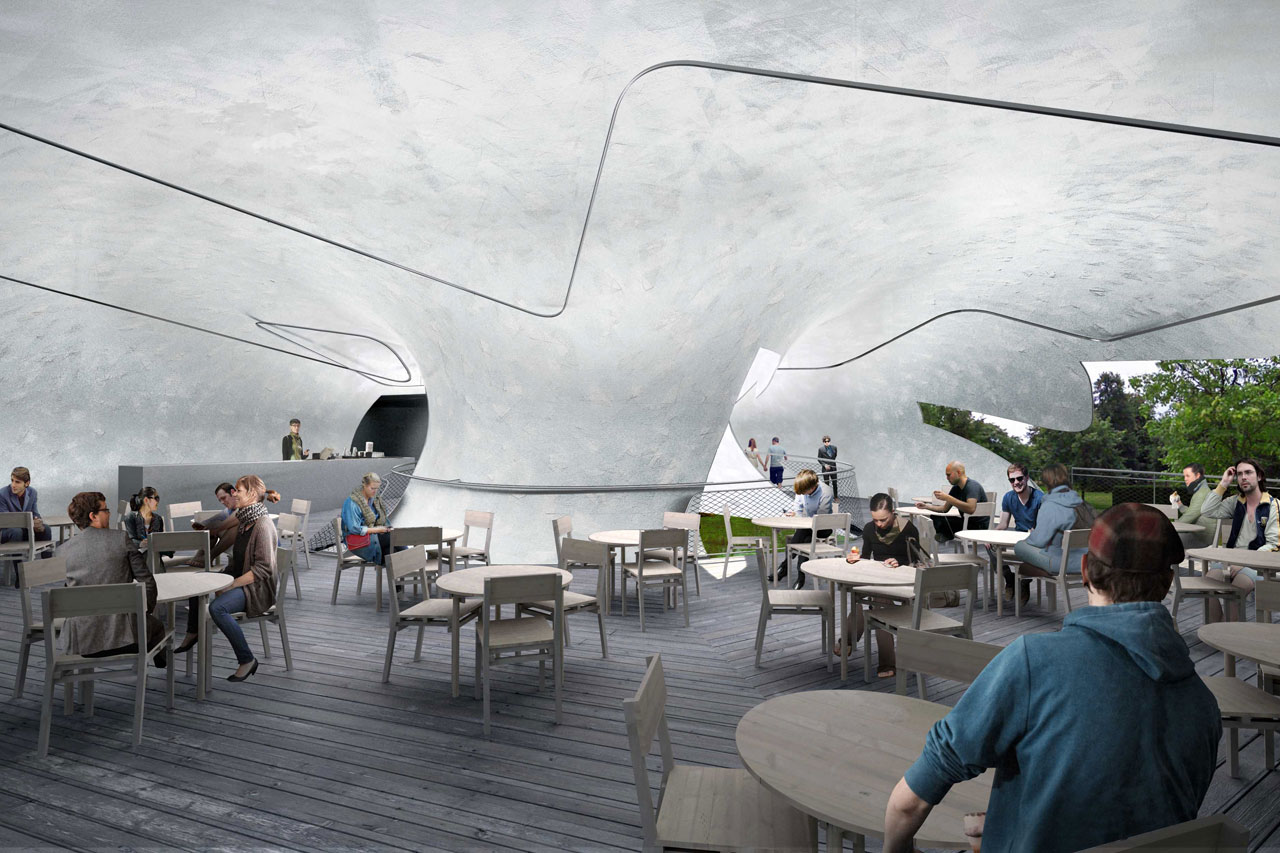 A view of the cafe inside the cylindrical shell.

Squint your eyes, and the pavilion can be all of these things (and none of them). It’s ambiguous, and that’s something you can’t say about many of its predecessors, barring Sou Fujimoto’s ethereal turn last summer. A cursory glance at the Serpentine Galleries Pavilion’s history shows a reliance on big-brand architects—Gehry, Nouvel, Hadid, even Niemeyer. Eye-catching, recognizable, and often underwhelming, their projects eschewed formal or spatial experimentation in favor of stately simplicity.

Radic betrays this legacy, in just the way directors Julia Peyton-Jones and Hans Ulrich Obrist seemed to have anticipated. “We have been intrigued by his work ever since our first encounter with him at the Venice Architecture Biennale 2011,” the pair said in a statement, explaining their selection. Radic’s appointment was surely calculated to liven up the proceedings, which, at least before Fujimoto’s project, and especially after Herzog de Meuron and Ai Weiwei’s decon bore in 2012, was growing stale. The former proved to be a winning success, drawing in as many as 200,000 visitors. And like Radic, Fujimoto was young and relatively obscure outside his home country when he was called up to the Serpentine. Can the Chilean repeat his success? 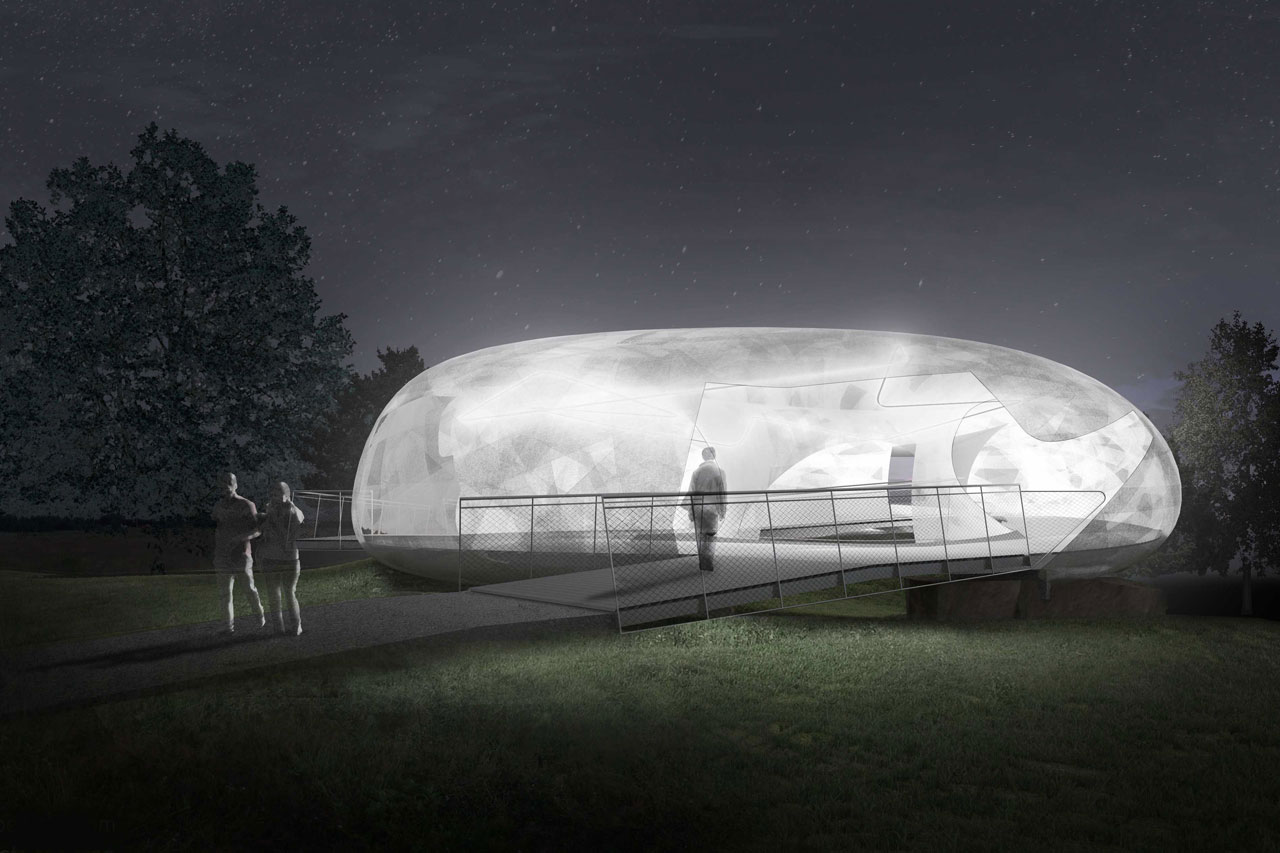 At night, the light emitting from the pavilion “will attract the attention of passers-by, like lamps attracting moths,” says Radic.

We’ll have to wait till June to find out. Several things about the pavilion’s design need further articulation. It’s not clear, for example, how the fiberglass will end up looking or whether the apparent futurism of the renderings will transfer in built form. “They are taking a big risk by choosing me. I’m not inside the common place of the architect,” Radic told the Guardian. “It is really hard for me to do something so fast. But risks can be exciting.”

The 2014 Serpentine Galleries Pavilion is open June 26 through October 19.