New Book Chronicles the Life of a Former Design Student

If they are to be believed, designers cherish their computers, their books, and their cameras. At least, that’s what Frank Phillipin and Billy Kiosoglou were told by most of the 50 designers they interviewed for their new book I Used to Be a Design Student. The book, from Laurence King Publishing, lays out a series of profiles of designers, both the way they are now, and as they were as students. Compressed into one volume, it is a frank look at nearly every aspect of a designer’s life that can be expressed on a page—their process, their inspirations, their projects, their favorite food, their weight. The list goes on. 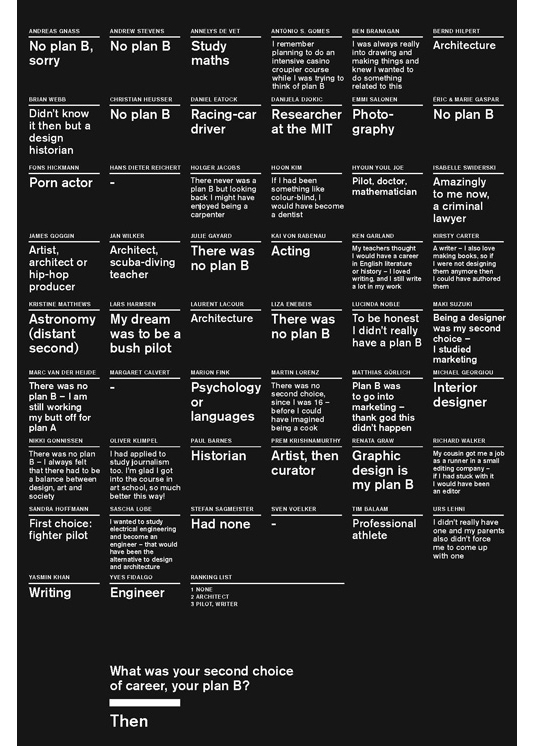 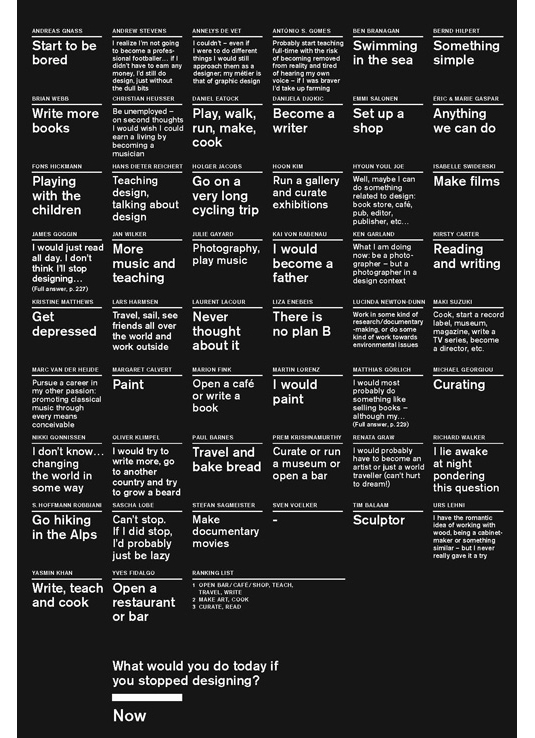 With the goal of understanding how their processes and motivations have changed, the authors have catalogued the creative evolution of these designers from their days as students to their present careers. There’s no road map to success here, but a trove of interesting insights and, for the aspiring designer, it is full of sound advice that will lead in the right direction.

The book features 50 designers, some still relatively new to the professional world, and others with over half a century of experience. Along with basic facts about their careers and education, each is given space to show both a student and a professional project. These are laid out side-by-side allowing for a close look at the evolution of each artist. 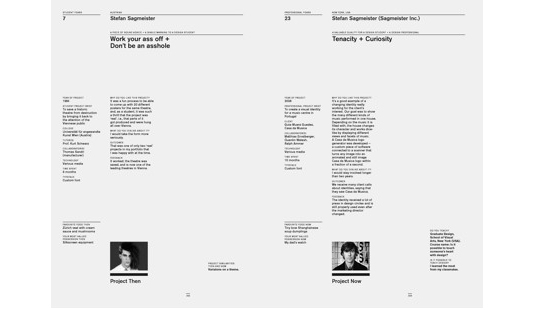 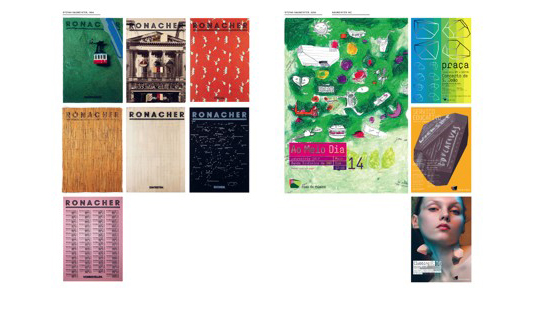 An excerpt from the profile of Stephan Sagmeister

In 1999, the Paris-based designers Eric and Marie Gaspar created a catalogue for the graphic design department of their school. It sits across the page from an exhibition catalogue that they worked on 9 years later, calling attention to some similarities between the two. As both students and professionals they show a predilection for striking images over text and a soft color palette. As students, they took this inclination to the extreme; their feedback on the project reads, “We don’t see the work of the students so this catalog is useless.” But as their first printed book, the learning process helped significantly in future work. Other designers show greater disparity between their work as students and their work today, using completely different styles or media. Above all, the book shows the impossibility of attempting to encapsulate what a successful designer is. Despite this, the advice that each artist shares is a reminder that each of them began humbly before attaining any of their goals. They all started as an underfed, overworked student that wouldn’t have it any other way.