It’s Time to Reclaim Classical Architecture from Its Tarred Reputation

What happens when architecture is intertwined with politics?

As a designer who enjoys traditional architecture — both new and old — yet chose modernism for his own house, I hope I can offer an evenhanded reaction to Philip Nobel’s uncharacteristically misleading analysis of the Eisenhower Memorial kerfuffle. It was disappointing to see Nobel fall into the old trap of implying that Nazi Germany was unique in its embrace of classicism during the mid-20th Century.  His question, “should we remember the man who led the defeat of Nazism with the same forms that inspired Albert Speer” betrays an ignorance of the buildings that Americans were erecting at the same time. Perhaps Nobel has seen the Jefferson Memorial, the National Gallery of Art (West Wing), the Supreme Court, or the gargantuan offices of the IRS, EPA, or Department of Commerce? All of these buildings, completed around 1940, would have done Speer proud. We may or may not love them, but they confirm that most architectural styles since the 19th Century have been international styles, whatever their name. Only in rare cases can a “look” be associated with a regime, and classicism certainly is not one of those cases. 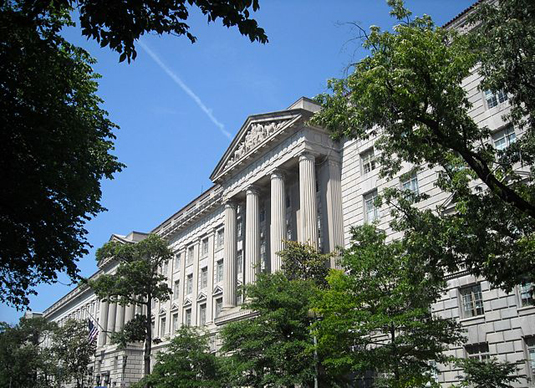 But Nobel raises another issue that we need to attack head-on. It is true that a significant number of conservatives embrace classical architecture as one plank in a larger platform that rejects everything progressive, from conceptual art to gay marriage to the teaching of evolution. What is a liberal democrat classicist — and there are many — to do, when each of the last five presidential libraries is almost exactly as modernist as its namesake was progressive? Their answer, and it seems the right one, is to fight tooth-and-nail to reclaim classical architecture in the service of liberal ideals — ideals which it has served quite well in the past. The fact is: the architecture that we like is also liked by a lot of people who we don’t. Is there anything more self-defeating, or childish, than to reject something for this reason? It is the responsibility of our leading critics to rise above the lazy thinking that characterizes the guilt-by-association angle. I’m willing to bet that those folks at the New Criterion like pizza, too, but I for one intend to keep on eating it.

Jeff Speck is the former director of design at the National Endowment for the Arts, a contributing editor to Metropolis, and the author of “Walkable City: How Downtown Can Save America, One Step at a Time.”  He is also interviewed in this months Metropolis. Bio amended on 10/22/2012.