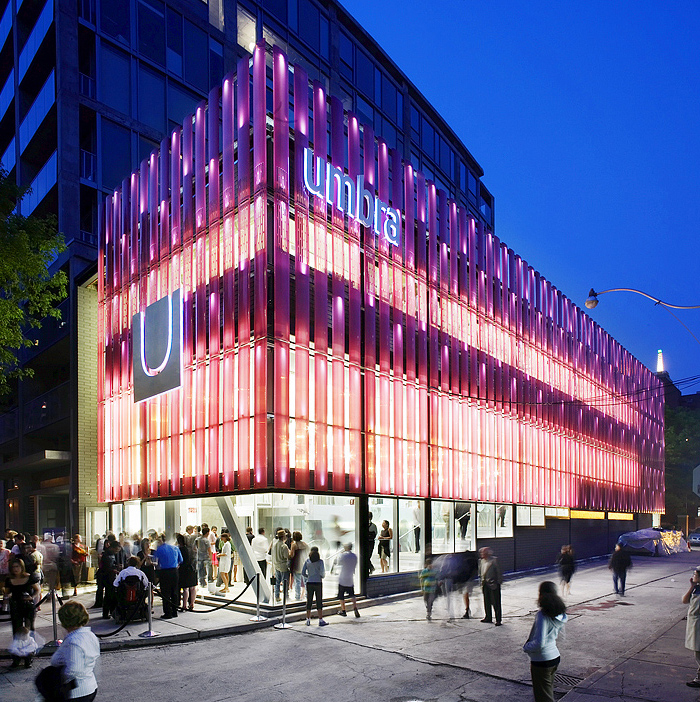 The opening of the reinvented Umbra showroom in Toronto was in conjunction with the company’s 35th anniversary.

Paul Rowan, cofounder and vice president of inspiration at the homewares design company Umbra, believes in rethinking everyday things—and he’s been doing so for 35 years. The January opening of the company’s reimagined Toronto showroom is the epitome of this thought process. A store, gallery, and designer workspace, Umbra’s new home reflects the past, present, and future of the company. In addition to shopping for products currently on offer, customers can now view objects that are no longer for sale (stirring that innate feeling of wanting what you can’t have). In the middle of all of these wares sits a table where designers—many of whom are students or fresh out of school—create what will eventually be sold.

Umbra was born of simple necessity: Rowan, a graphic designer, was looking for window treatments. “I wanted something simple with neat graphics,” he says. “I couldn’t find any I liked, so I invented one myself.” He mounted architectural translucent paper on roller blinds and applied graphics, and then continued to experiment. Finding himself a fan base, he hired students and designers to handpaint more. His childhood friend Les Mandelbaum saw the potential and the two joined forces. “I quit my job and moved to Toronto,” says Rowan. “We sold everything out of the backs of our cars.” 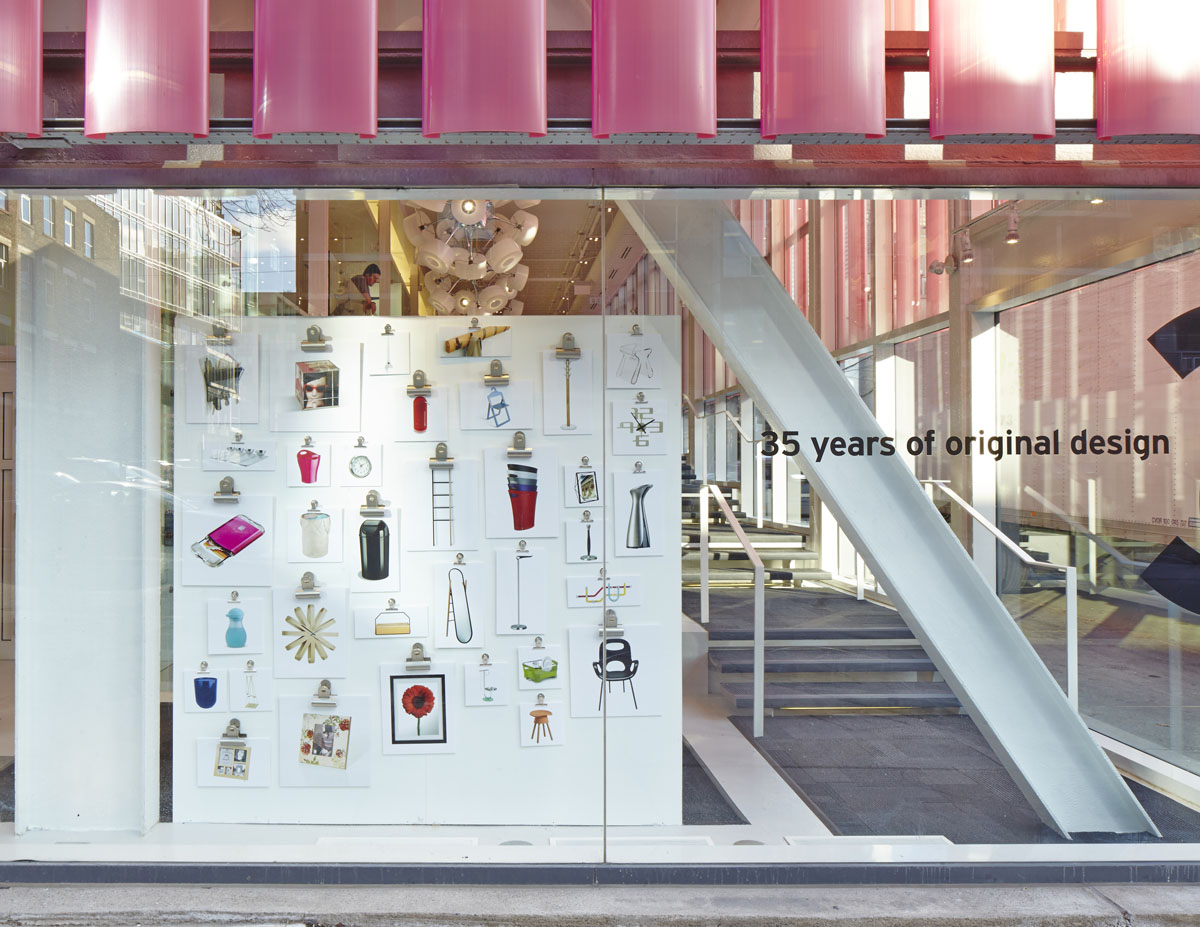 Founders Paul Rowan and Les Mandelbaum’s goal was to create a design hub with a multimedia studio, meeting space, and showroom. “Over the past three decades, we’ve adopted all kinds of methodologies to keep our ideas fresh,” says Rowan. “But the basic fundamentals of being innovative and original remain the same.”

Demand grew and Umbra entered the American market. “Americans were ready for the casualization of home goods,” he says. “We had a different design outlook.” They soon brought that outlook to a whole slew of other products. The company now offers more than 350 homewares, ranging from its ubiquitous Garbino trash can (now part of the MoMA design collection), to “floating” bookshelves and an ottoman-inspired coffee table.

Ever forward thinking, in 2014 Rowan and Mandelbaum also launched the Umbra Shift line—limited-edition products geared toward making a major impact on design culture. “We wanted this brand to be an example to everybody that we are a cutting-edge design company,” explains Rowan. “And to prove that we can get worldwide attention for original products.” Led by design director Matt Carr—who began his career at Umbra as an intern 14 years ago—the company enlisted emerging studios (such as MSDS and Fugitive Glue) and established designers (think Philippe Malouin and Paul Loebach), while also creating many products in-house. “It’s about being prolific,” says Rowan. “It’s about staying relevant.” 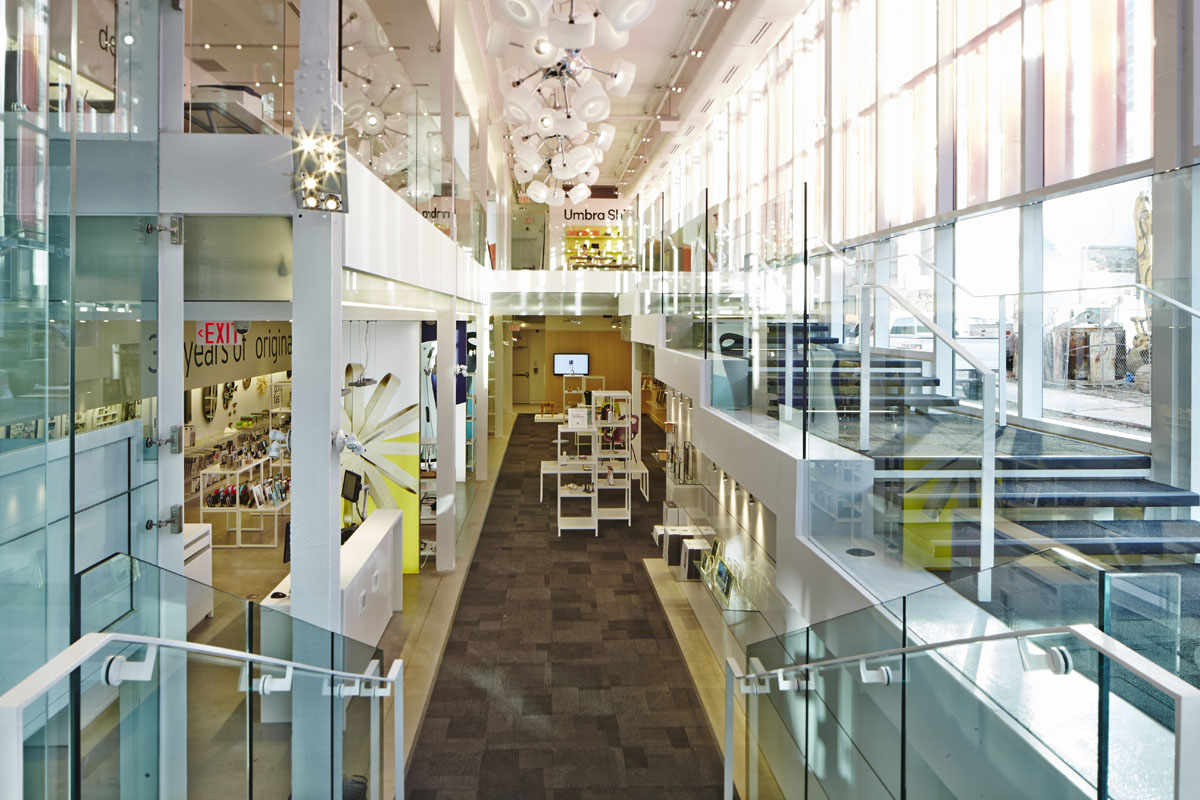 Design director Matt Carr and former creative lead Tom Chung worked with Umbra’s in-house designers as well as eight studios to create its limited-edition Umbra Shift line. It won the Editors Award for best accessories at ICFF in May 2014.

The 16 Umbra Shift objects give buyers pause. From a hanger chair to a combination pencil caddy and tablet stand, each one elicits the response, “oh, cool.” The second edition of Umbra Shift is launching next month at the International Contemporary Furniture Fair (ICFF) with some of the same designers, alongside new ones such as Zoë Mowat and Os & Oos.

Rowan’s search for designers remains constant, which is why he so often turns to schools. Through competitions, the company finds a plethora of creative minds. “you can see their talent right away,” he says of the young people he has brought on to Umbra over the years. “Talent has an amazing way of coming to the forefront.” 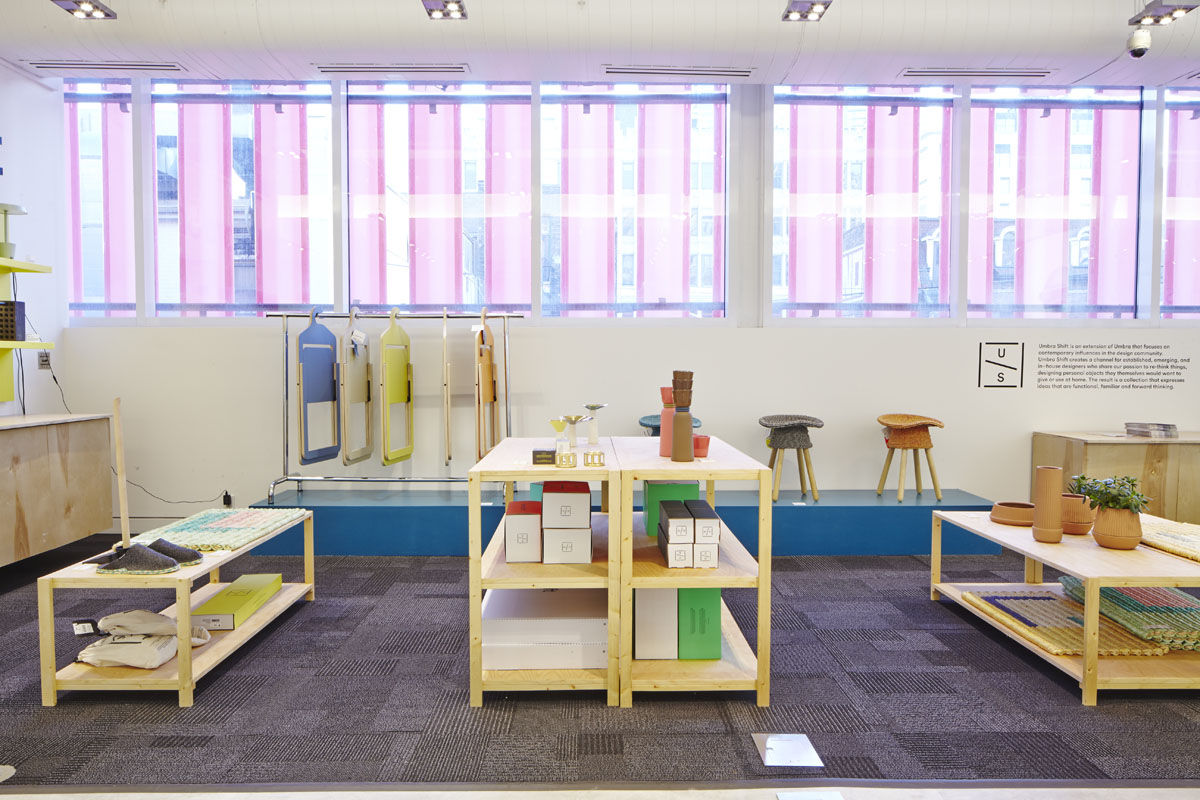 The second generation of Umbra Shift products will be released there this year. “These guys had a vision of winning the Editors Award when they launched,” says Rowan. ”And they did everything they could to win it.”