“We Mean to Be Provocateurs": Michael Sorkin on the Next Helsinki Competition

The architect and writer discusses his involvement with the alternative Guggenheim Helsinki.

The Guggenheim Helsinki competition has generated its fair share of controversy, both among architects and Helsinki officials. Now in its second phase, it also sparked an alternative competition, the Next Helsinki, which counts among its proponents the writer and architect Michael Sorkin. The polemical competition aims to attract projects that would contrast against the explicitly “architectural” quality of the Guggenheim competition’s six finalists. Above: Finalist GH-121371443

The reverberations of the Bilbao Effect, where a prize museum infuses a region with prosperity and global cache, have concentrated on an unlikely city: the Finnish capital of Helsinki.

The Solomon R. Guggenheim Foundation is famous for its Fifth Avenue museum, but its 1997 Frank Gehry-designed Bilbao outpost famously catapulted its small Basque host city to new levels of international renown. The city’s tourism revenue quickly helped recoup the museum’s extensive costs: $100 million for design and construction, subsidies towards a $12 million annual budget, $50 million for an acquisitions fund, and $20 million to the Guggenheim for its name, curatorial services, and the use of parts of its collection. Within three years, visitors’ spending had garnered $110 million and by 2013 more than 1 million had entered the gleaming metallic structure. Many have tried to replicate Bilbao’s success but opposition against such massive expenditures always looms. In this case, it has manifested in a rival competition led by New York-based architect and writer Michael Sorkin and titled The Next Helsinki.

In Helsinki, as in Bilbao, many residents immediately bristled at the massive transmission of public funds to a large foreign institution in lieu of local artists. While many of the Next Helsinki’s jurors are international figures in art and architecture, several are Finns themselves. Together, they are seeking alternative proposals that will consider factors including, but not limited to: housing, local arts, ecological sustainability, and economic growth.

While the Next Helsinki is open to submissions until March 2, the Guggenheim Helsinki revealed its six finalists in early December. The six teams just visited the just this week and presented their designs to Helsinkians. The second stage of the Guggenheim competition, where the finalists complete detailed designs, is now under way. Their finalized proposals are due April 2 and the winner will be announced in June 2015, at which point the City of Helsinki and the State of Finland will decide on how to proceed. With so much work already invested by the Guggenheim and their finalists, how good a chance do they stand? 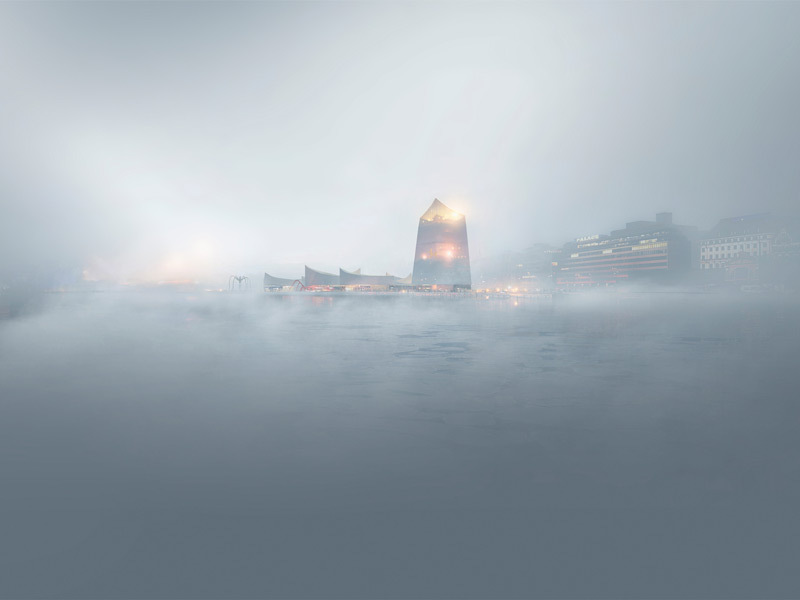 While the Guggenheim has the advantage of promising jobs, revenue, and prestige, the museum’s success is by no means assured: Finnish authorities rejected a 2012 Guggenheim proposal and forced the institution to return with more favorable financial terms in 2013. Given the mixed success of Bilbao copycats, the failure of the Guggenheim’s Las Vegas museum (2001-2008), an approximately $150 million price tag, and a prime site in the heart of the capital, the museum isn’t a done deal. As recently as last week, Finnish lawmakers recently signaled resistance to using public funds for the project.

As the debate simmers we interviewed Michael Sorkin on the future of museums, the six competition finalists, and how The Next Helsinki will exhibit its future winners. “We mean to be provocateurs,” says Sorkin, “but we also mean to attract some very serious proposals about the future of this wonderful place.”

Zachary Edelson: Having seen the six finalists, what’s your general reaction to the designs?

Michael Sorkin: My general reaction is that it’s all architecture, simply a series of single buildings on a particularly charismatic site. There’s nothing unusually extraordinary. I found bizarre the idea that the jury is attempting to preserve the anonymity of the entrants—two kids in my studio more or less figured them out in a few seconds.

We’re not running a counter-competition to object to the idea of architecture or building but to inquire as to whether this very valuable site in this wonderful city can’t somehow be leveraged beyond a franchise museum building. In that sense, I’m more-or-less indifferent to the quality of the architecture, which seems adequate for a museum building. 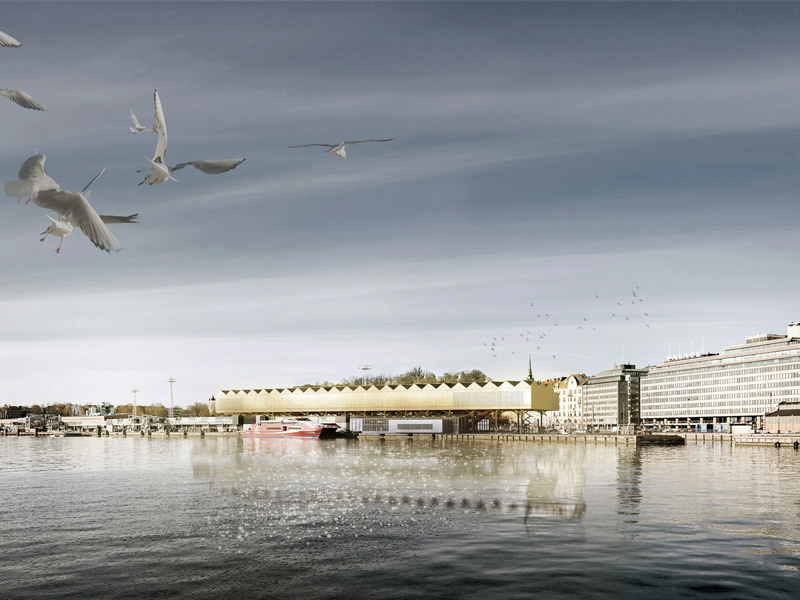 ZE: Do you have any sense on what the reception has been among the Helsinkians?

MS: I don’t have a strong sense but I suspect that the battle lines had been drawn before the competition. I don’t think seeing some pleasant-looking building is going to do much to change public opinion one way or another. Those who are opposed feel it’s a giveaway of government funds due to this Starbucks museology.

Finland is an interesting social democracy with an attitude to the arts different from what we have in the U.S. I think there’ a very big constituency that wants to see arts funding more broadly disseminated for community development and not for assuring the big economic results everyone associates with Guggenheim Bilbao. 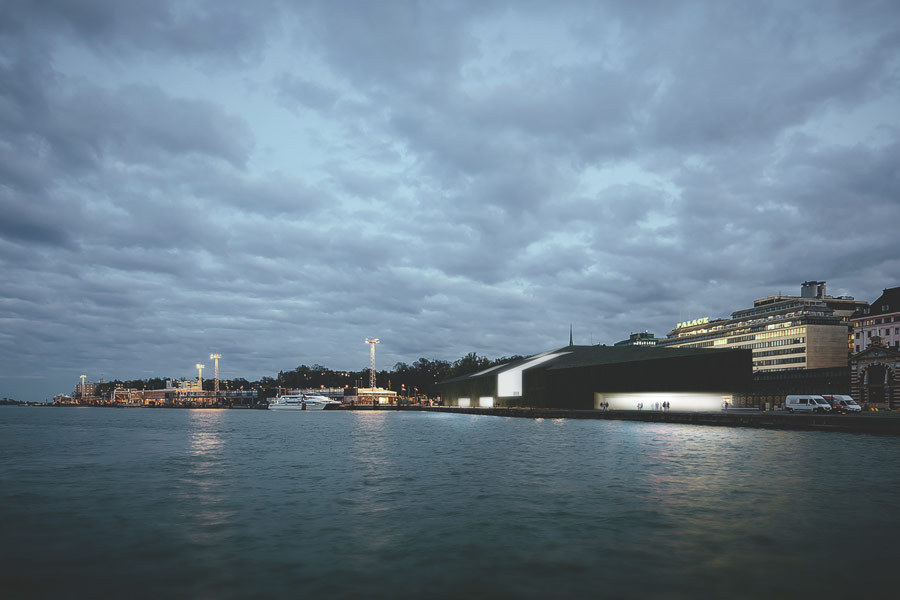 ZE: To some extent, the Finns clearly see some tangible value in the Guggenheim Foundation’s proposal. Are you hoping that some of The Next Helsinki proposals creatively harness that value and that weight?

MS: First, let me correct you. I think some Finns see the value in this and others see very little. We are a group of people who are obviously very friendly to the arts: many of our jurors are artists, architects, and community-oriented activists engaged with the arts. We’re not opposed to the city’s artistic development, in fact we think it’s fundamental.

We’re trying to raise the question of whether a big foreign institution is the most logical way to prompt the arts to flourish at the community level. We certainly hope to leverage the idea that there’s a big community discussion going on about the place of the arts in urban development. However, there’s also something a little sad about thinking about Helsinki, one of the great cities of the world, as a backwater that needs an institutional boost. This is one of the fonts of architectural culture of the last two centuries. It has a very productive art and design scene.

Many of us believe this kind of proposition is inimical to the celebration of the artistic genius of the place. This franchise museum seems weird to us and I’m not sure why Helsinki wants to be Abu Dhabi. 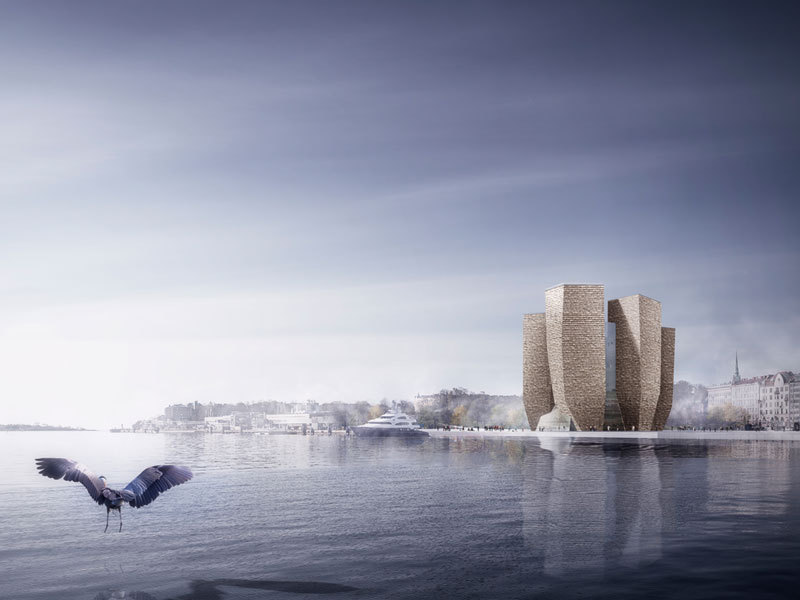 ZE: In an interview last month, Troy Conrad Thierren, the Guggenheim’s Curator of Architectural and Digital Initiatives, said, “The price of art is currently eclipsing the cost of a building; now a building as part of an exhibition could cost even less than acquiring a piece of art.” He goes on to discuss the need for museums to change their methodology. In a broader sense, what’s at stake here in Helsinki—the Guggenheim Helsinki or museums as we know them?

MS: There are lots of questions as to how art acquires its value. I’m not interested in a system that just makes Jeff Koons a billionaire and certainly museums are complicit in that. On the other hand, civilization proceeds by valuing great works and conserving them, and buildings are necessary for this. I’m not opposed to museums but certainly in favor of thinking of museums without walls, the distribution of museums in different contexts, or a single system that valorizes art from the most primitive to the most expensive or sophisticated.

I don’t know this particular curator, but it seems slightly disingenuous for someone who’s into the digital to be defending the architectural. If they’re really looking for an advanced way of disseminating artistic information, I don’t know why they need all this concrete. There was an interview with Richard Armstrong saying why they need all these franchises to pay the bills so people should be aware that they’re implicated in becoming profit centers in order to support the mothership in New York. That doesn’t seem the most worthy reason to welcome the museum to your town. 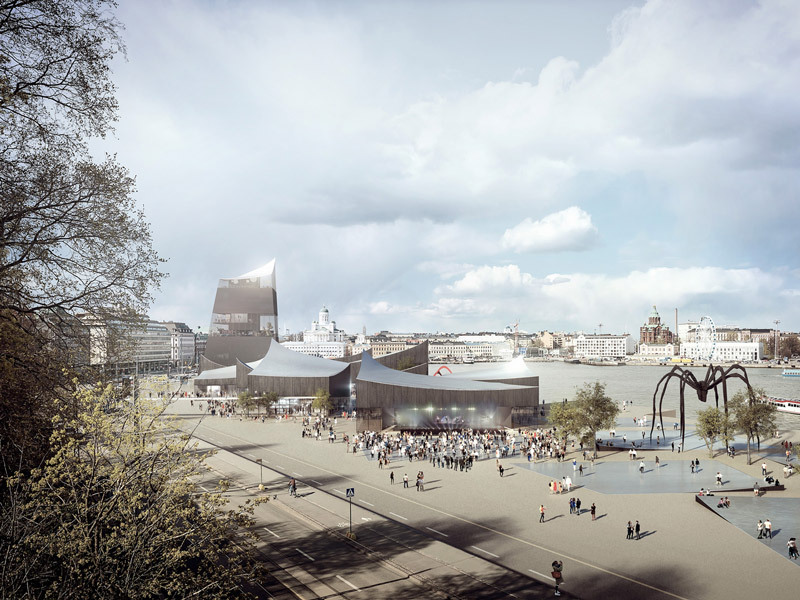 ZE: I imagine the Next Helsinki will aim to showcase its winners in Helsinki in Spring 2015—the same time and place that the Guggenheim’s finalists will exhibit their detailed proposals?

MS: We’re inviting contributions in any medium, so we expect drawings, writing, and we know one composer is interested. We expect polemics. We certainly expect a presence, whether it’s a traditional exhibition or a conference or a series of web events. We’re working to determine that. We’re not well-funded but we’re hoping to attract a broad range of artifacts, opinions, and contributions to the debate.

At the end of the day, we’re not charged with rebuilding the waterfront of Helsinki. However, we have taken it on as our responsibility to enlarge the discussion about the role of arts in the development of the city. Additionally, we’re taking the occasion of some thinking about this absolutely pivotal site to raise broad questions about the urban future of Helsinki. We mean to be provocateurs but we also mean to attract some very serious proposals about the future of this wonderful place.

We invite competition entries from any and all, includes any of the 1,700 losers from the Guggenheim competition whose work looks beyond simply building a museum on the site.