What Should We Make of “Architect Barbie”?

What needs to happen to keep women practitioners engaged in the architecture profession?

“This is what it feels like to be a token,” architect Scott Dunlap observed.

Dunlap—a managing principal for Gensler, overseeing offices in San Francisco, San Jose, San Ramon, and Seattle—participated in a leadership panel at The Missing 32%. The symposium, recently presented by AIA SF (American Institute of Architects, San Francisco chapter), explored the pressing issues and the changes needed to keep women practitioners engaged in the profession.  (You could consider 32% as an opt-out rate:  Women account for about 50% of architecture school students but only 17% of licensed architects.)

Now in its second year, The Missing 32% resulted from an incubator event conceived and produced in 2011 by the AIA SF communications committee I chair. In turn, “Ladies (and Gents) Who Lunch with Architect Barbie” was inspired by a partnership between AIA national and Mattel on “Architect Barbie” whose place on the toy manufacturer’s line-up was insured by Despina Stratigakos and her colleague, architect Kelly Hayes McAlonie. The women advocated for the doll after “architect” lost to “computer engineer” in 2010 for Barbie’s 125th career, eventually advising Mattel on “Architect Barbie’s” design. (The first time around, in 2002, “architect” had won a public vote for the next “Barbie I Can Be…” career, but Mattel deemed the profession as beyond the comprehension of its target audience, girls aged 3–12 years.)

As a design and architecture aficionada I was initially taken aback by “Architect Barbie.” How could an esteemed professional organization such as AIA associate itself with a doll originally modeled after a German adult gag gift and whose unrealistically proportioned “adult” body spawned the Barbie syndrome?

But I am also a marketer, and in that capacity I thought this move was brilliant. How better to start a conversation about the problem of women’s low participation in the very male-dominated profession of architecture than through a globally-influential American icon, whose 50+ year existence has included many empowering careers such as, business executive (1960), surgeon (1971), ambassador (1986), pilot (1990), and United States President (2000)? Only Hilary Clinton comes close to the number of hats worn over the years. 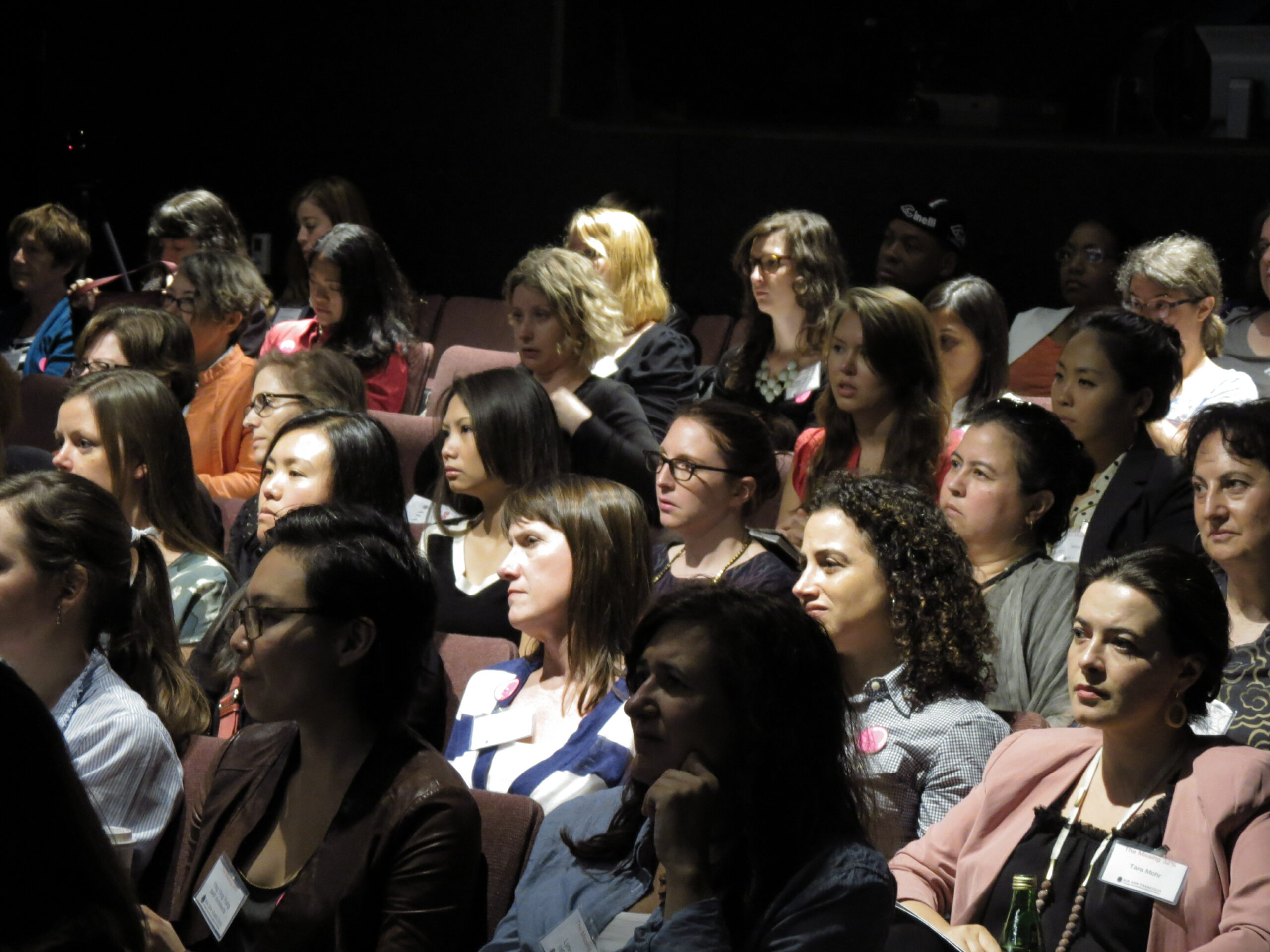 If “Architect Barbie” was the lighting rod, then Denise Scott Brown is the catalyst.  As Scott Brown noted via Skype to this year’s The Missing 32% attendees, there is a problem.  She should know:  In 1991, the Hyatt Foundation awarded The Pritzer Architecture Prize—the profession’s “Nobel”—to her husband Robert Venturi, despite their decades-long partnership.

This year, Scott Brown demanded “a Pritzker inclusion ceremony” to retrospectively acknowledge her role as equal partner. In doing so, she gave women in architecture not only a definitive voice, but also, perhaps more importantly for these times, enabled critical mass online—through a change.org petition started by two Harvard architecture students—and among major media around the problem of women who did stay in architecture but continue to be marginalized.

Sandberg’s best-selling book, Lean In: Women, Work, and the Will to Lead, has re-started the conversation of women in the workplace, and inspired Dunlap to bring a Post-It note to The Missing 32% event to remind him to “lean in.”

One could argue that Denise Scott Brown spent professional life doing just that.  And in the twilight of her storied career, she is defining her legacy to the profession beyond the buildings—by speaking up, rallying other women and acting now.

In Scott Brown, women in the profession have their real-life “Architect Barbie.” She’s waited longer to be recognized, and I hope that this second time around, she too will get her prize.

Lisa Boquiren is an “all-rounder” with more than 15 years of experience in marketing for creative industries.  An avowed design and architecture aficionada, Lisa served on the San Francisco Steering Committee for the 2009 AIA (American Institute of Architects) National Convention for which she received a Presidential Commendation from AIA SF. She currently chairs the AIA SF communications committee. Most recently, she oversaw a rebranding initiative for EHDD and she was director of marketing for San Francisco Design Center. Lisa also maintains a marketing consultancy, helping small business find their big idea.