Who’s Afraid of a Little Height?

The corner of Canal and Rampart Streets in 1954.

I’d been driving past the long abandoned Woolworth’s store on the corner of Canal and North Rampart Streets since I moved to New Orleans in July. And every time past I thought, in my typical New York naiveté (if such a thing exists), “That site desperately needs a building—the bigger, the better!” Later I learned that a somewhat controversial project was  in fact awaiting approval: a 190-foot, mixed-use residential tower.  Urbanistically speaking, this is just what the doctor ordered. The right building here on the upper edge of the French Quarter could act as a kind of gateway to both the quarter to the east and the downtown business district.

The historic preservationists in town almost reflexively opposed the project, citing its excessive height (seventy feet taller than current zoning). The truth is, preservationists here have a longstanding aversion to both tall buildings and (or should we say especially?) modern ones. This proposed tower, pushed by the local developer Praveen Kailas and designed by Harry Baker Smith Architects, was clearly a duel offender. 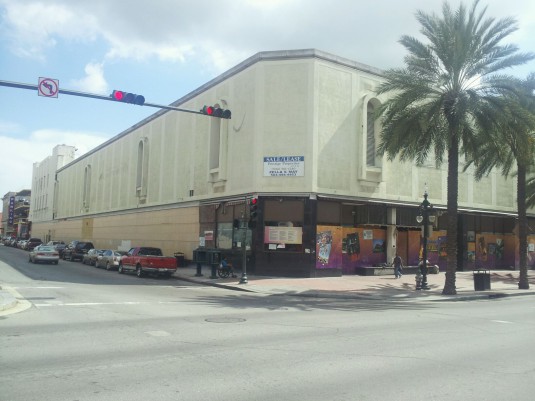 Now, I am sympathetic to historic preservation in New Orleans. One of the very reasons I moved here was the city’s rich and glorious stock of historic buildings. But I think preservation arguments here were a little thin: the edges of the French Quarter have long been compromised by a slew of urban insults. In the 1980s the city allowed Marriott to build a 450-foot hotel on Canal Street, just blocks from the proposed tower. There are a number of parking lots lining North Rampart Street, inside the historic district. A parking garage abuts the proposed tower. A tall apartment building, with a strong street presence on North Rampart and 24/7 activity, might actually help the French Quarter. 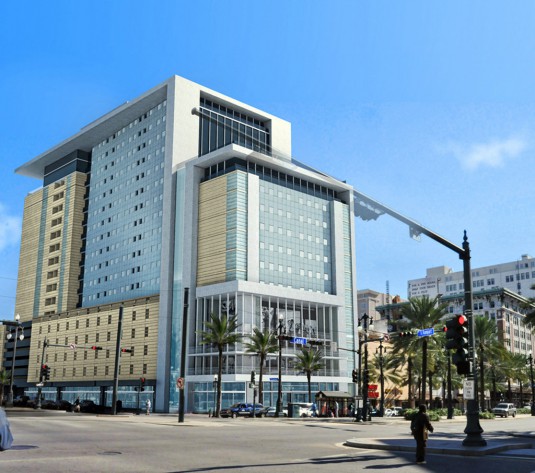 No, on this one, I side with the Big Bad Developer. Even his claim that he needs the extra floors to secure bank financing seems convincing in this economic climate. (I spoke to another developer who expressed doubts about whether this tower would even happen, even the general reluctance of banks to lend.) The goods news: late last week the New Orleans City Council approved the tower by a vote of 5-2. And I suspect that the two dissenting councilmembers—both of whom are seeking citywide office next spring—were more interested in currying favor with vocal preservationists than actually opposing the development.