Japan unveils its largest solar park as part of a larger effort to “re-think” energy.

As solar arrays go, it’s an absolute stunner, and in that way may be almost prototypically Japanese. Who else, after all, would attempt to turn a seventy-megawatt solar power plant, serving some 22,000 homes, into a tourist attraction? It’s an impressive piece of infrastructure that looks like an ethereal launch pad for ET’s ride home, complete with observation decks, a viewing room, and a science exhibit, all framed by an active volcano (Sakurajima; last eruption: 1914) on an extremely vulnerable-looking waterfront site. Aesthetically speaking, it certainly beats our best effort: endless, infinite rows of mute PVs stretching far out into the West Texas desert.

Built by electronics giant Kyocera, the Kagoshima Nanatsujima Mega Solar Power Plant began operations on November 1st. It’s the largest solar facility in Japan and a very early, largely symbolic, response to the 2011 Fukushima nuclear disaster. Prior to that calamitous event, Japan derived a significant chunk of its power from nuclear reactors. Ironically, the Japanese are currently in the midst of shifting away from a technology that, in the 20th century, was once hailed as the clean energy promise for the 21st.

Due to its limited scale and relative cost ($275.5 million), the beautiful new facility isn’t exactly a game changer. The real beauty, in fact, may lie in how the plant was created. The government’s new “feed-in” tariffs guarantee the price that renewable energy producers can charge for feeding their product into the existing grid. That altogether elegant and invisible incentive is quickly making Japan one of the fastest growing solar markets in the world. 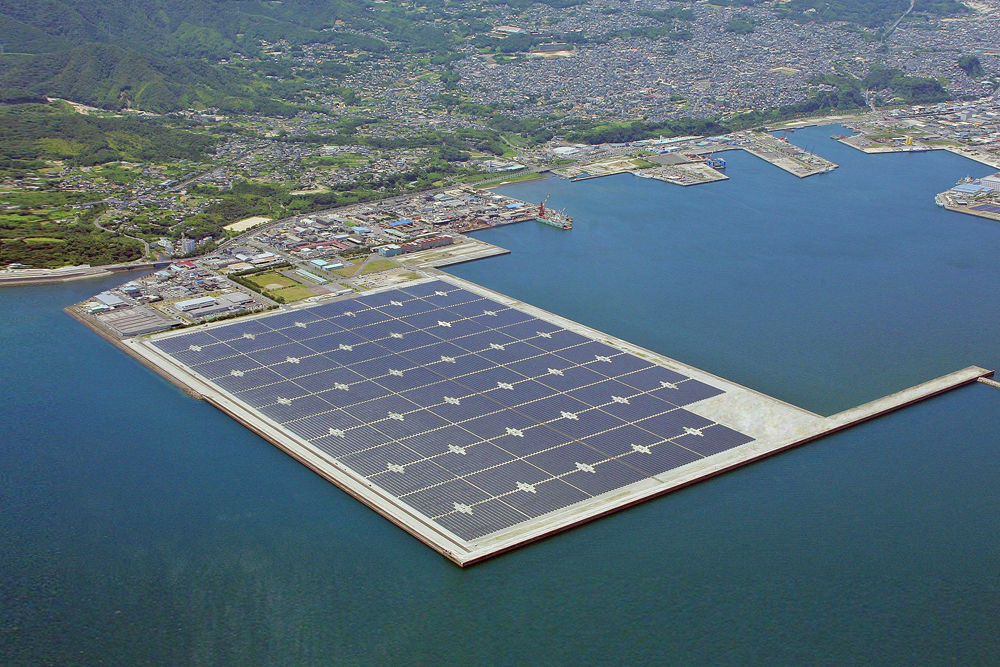