In Focus: The Architecture of Francis Kéré

At the Philadelphia Museum of Art (PMA), an exhibit features Francis Kéré, arguably the most influential African architect of his generation. 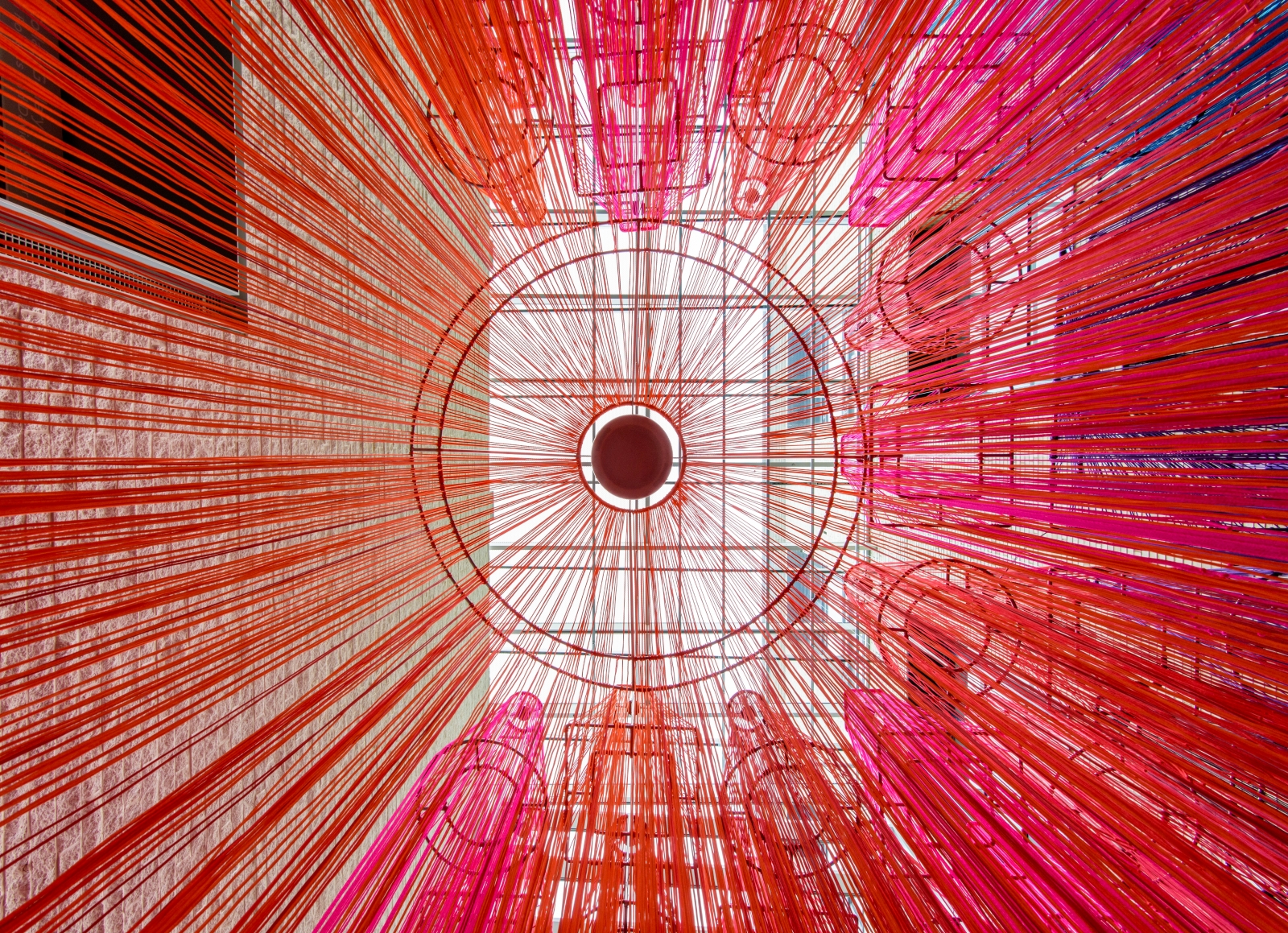 The cords in Diébédo Francis Kéré’s installation at the Philadelphia Museum of Art are a nod to the city’s history as a textiles hub, while the vibrant hues evoke African fabrics.

Diébédo Francis Kéré is a singular figure within the architecture world. Raised in rural Burkina Faso in West Africa, he spent his childhood in traditional mud huts and ramshackle concrete structures. As the eldest son of a village chief, Kéré was given the opportunity to attend school in a nearby city and later won a scholarship to study in Germany, where he earned his architecture degree in 2004.

Today, Kéré runs a small, eponymous studio in Berlin that is focused on creating dignified and sustainable buildings for communities in Africa and beyond. His distinctive work is the subject of an exhibition on view through September 25 at the Philadelphia Philadelphia Museum of Art (PMA). Titled The Architecture of Francis Kéré: Building for Community, the show conveys his inventive approach to constructing schools, health clinics, and housing in remote, poverty-stricken areas using natural materials and local labor.

A centerpiece of the show is an interactive installation conceived by Kéré for an atrium in the museum. Dubbed “Colorscape,” the floating structure consists of thousands of strands of colored cord hung from a steel frame. It’s not unusual to see giddy children skipping through the mazelike formation, which is exactly what Kéré imagined. “I wanted to create a playful installation that would appeal to everyone, and would break up the vision of architecture as rigid,” he says.

Kéré has garnered prestigious awards and lectured internationally, so he is well known to fellow architects. The PMA exhibition—his first solo show in the States—is aimed at a broader audience. “He is arguably the most influential African architect of his generation,” says PMA curator Kathryn B. Hiesinger. “We felt it was important that his work become better known.” 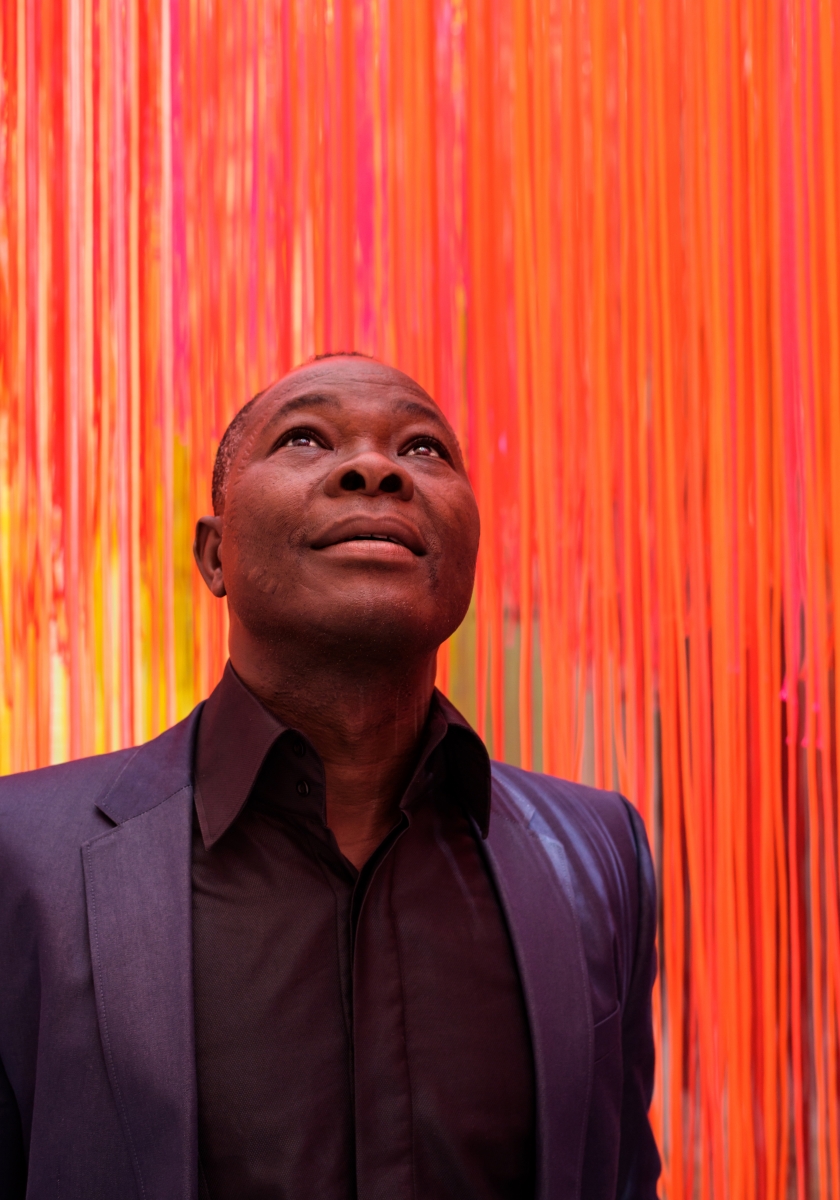 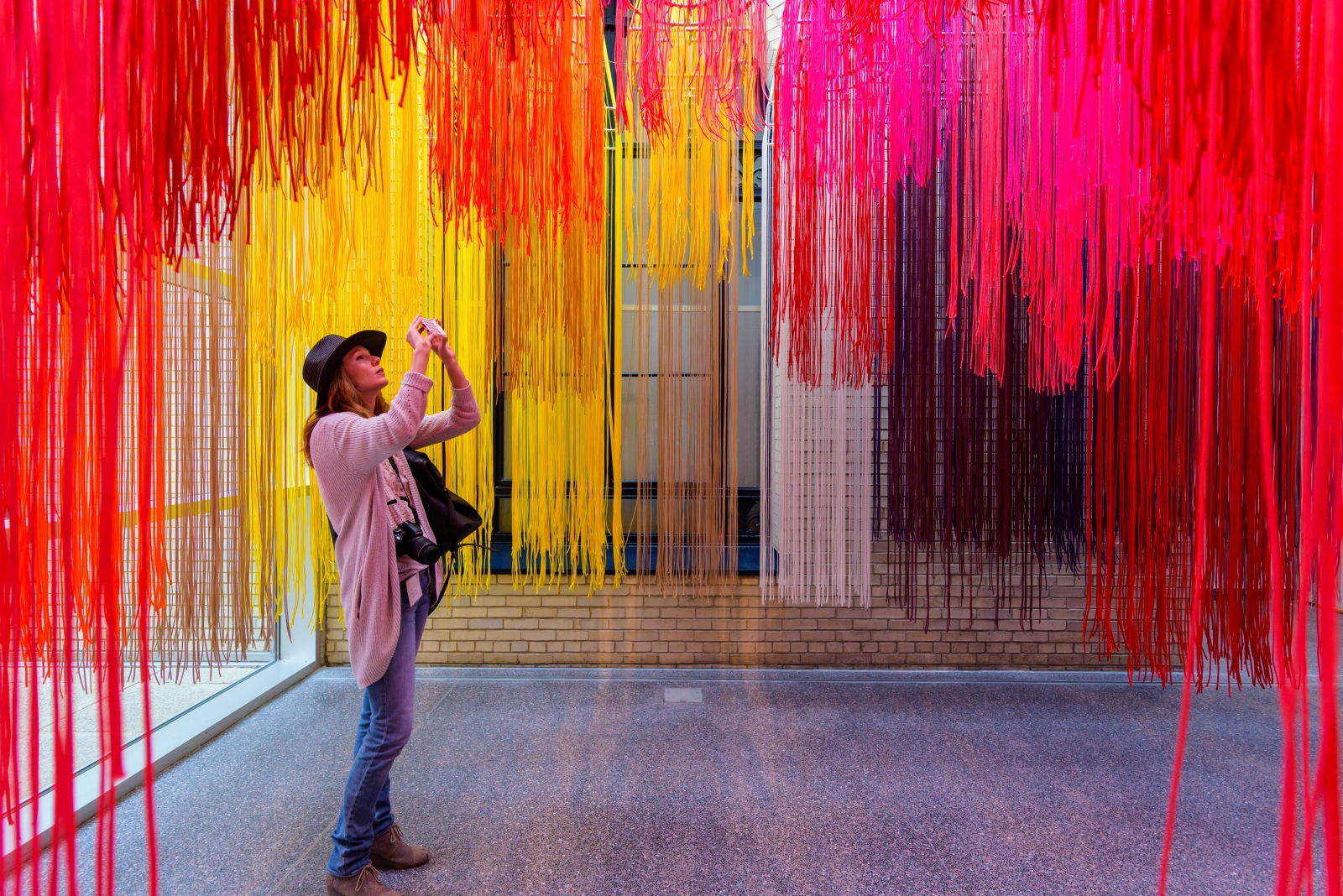 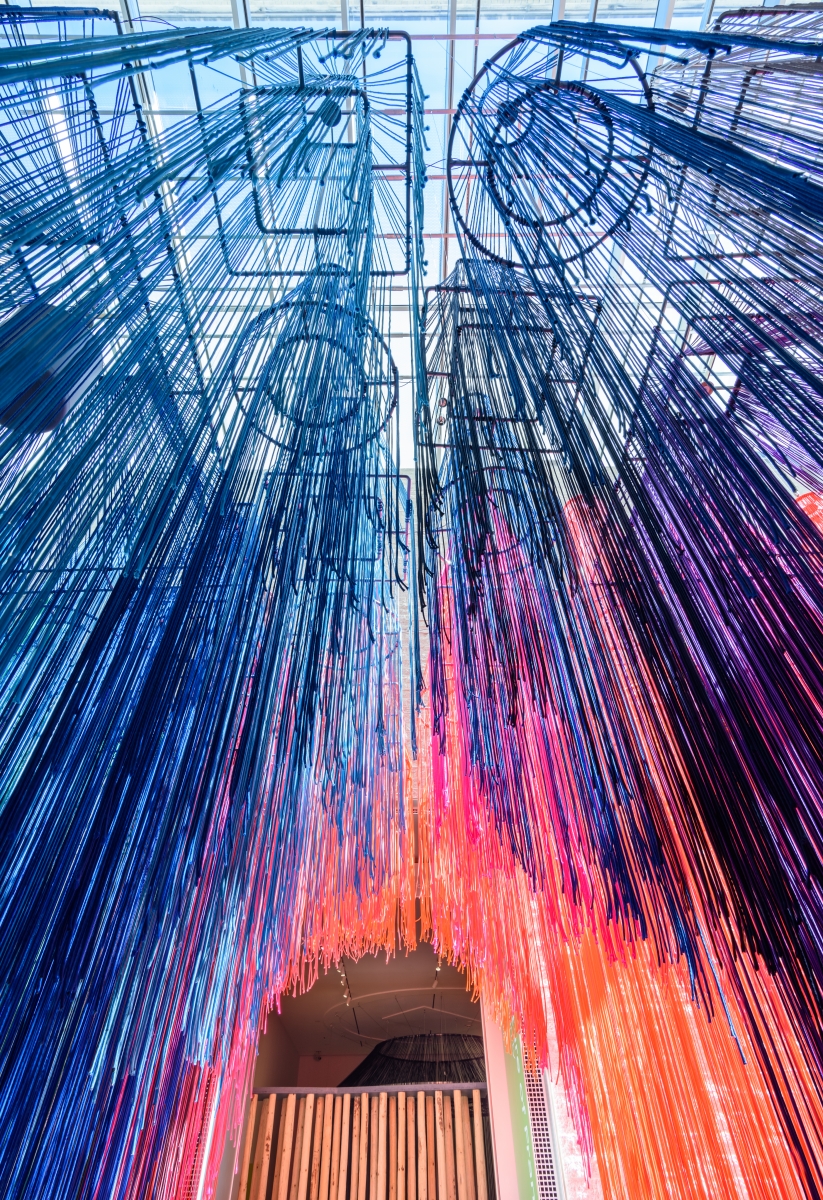 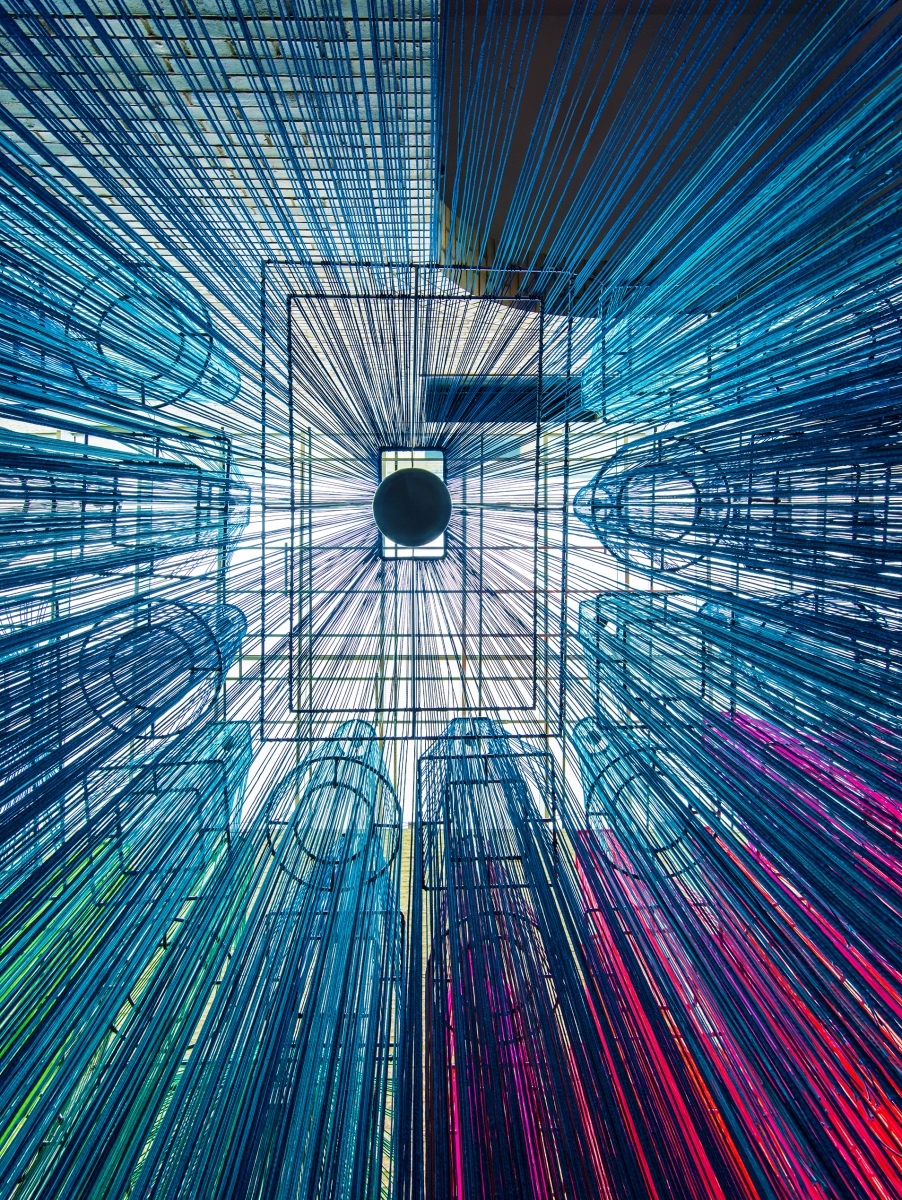 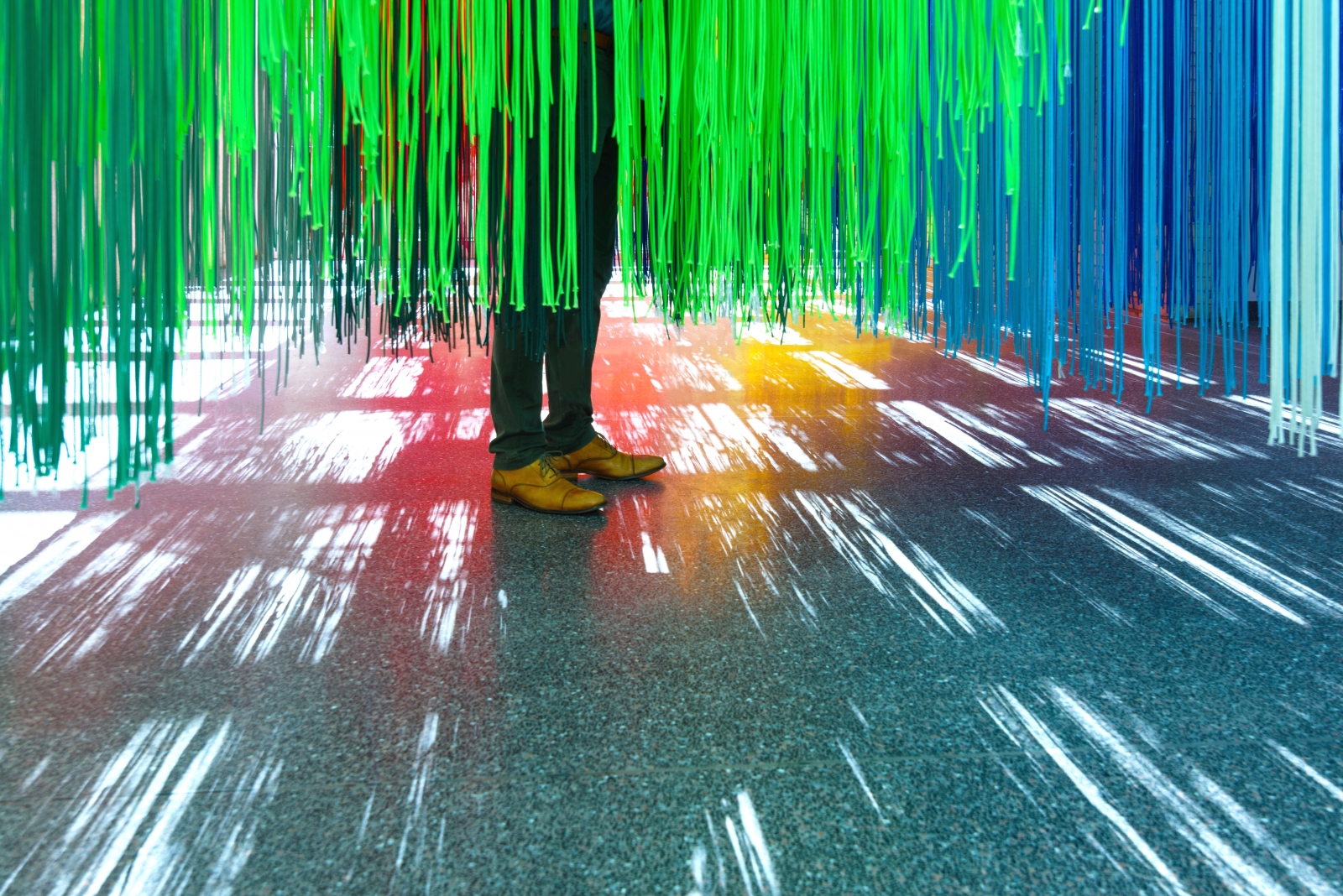 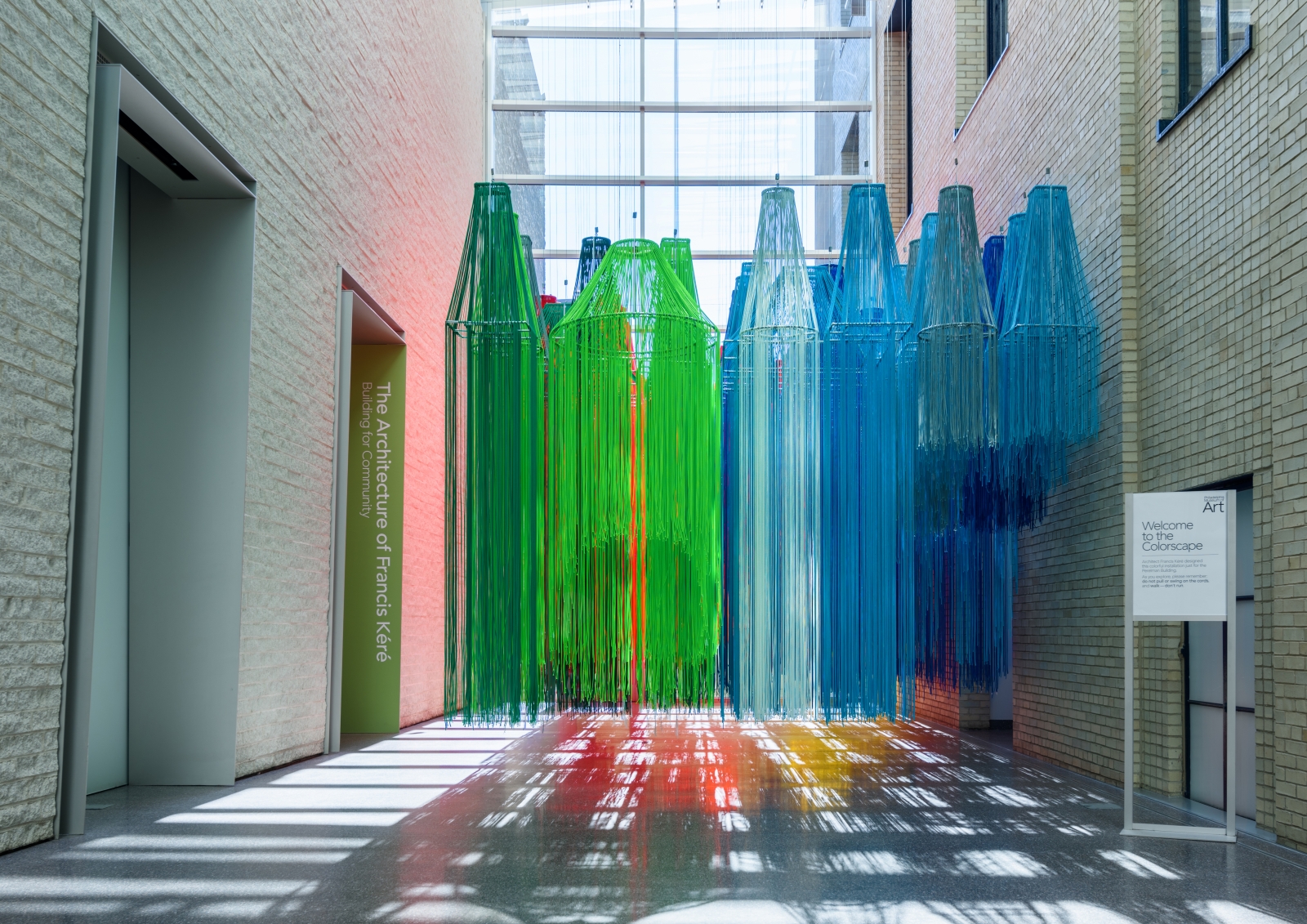 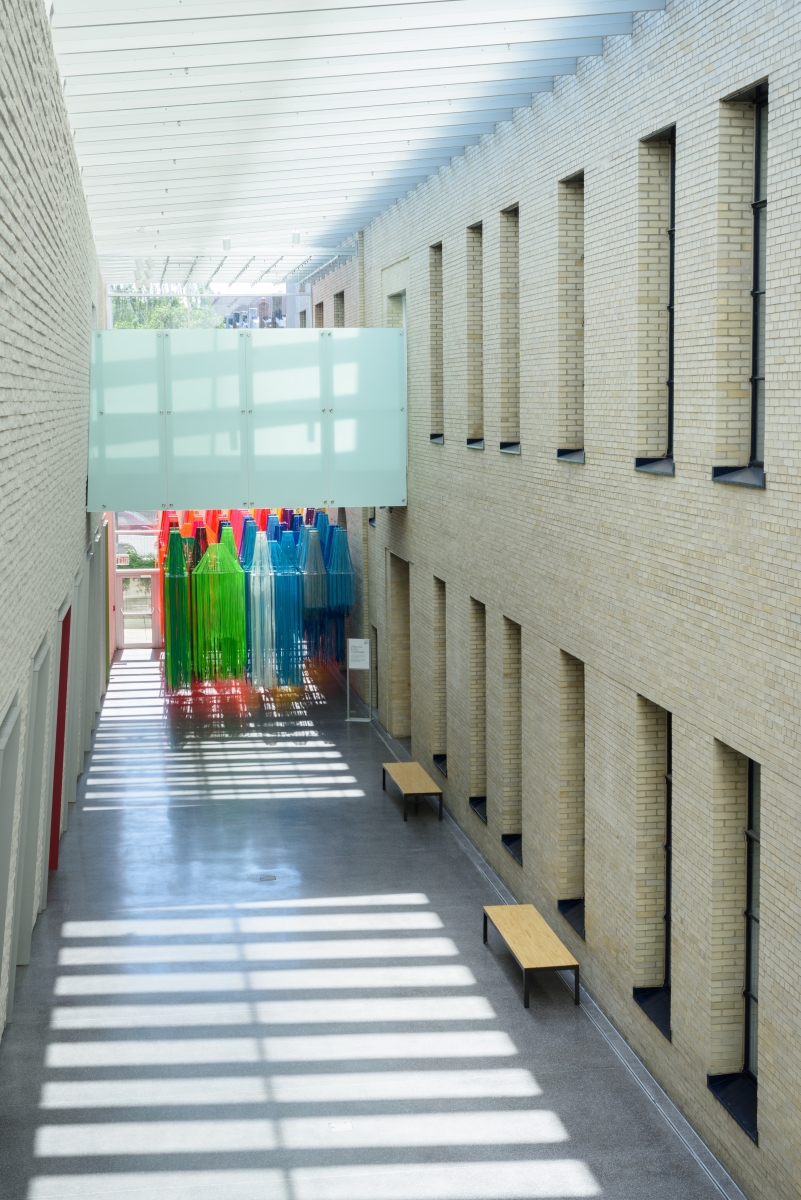