The experience of architecture originates as a bodily response, yet this simple concept has never been exploited by architects as it should.

The following is an excerpt from Robert Lamb Hart’s A New Look at Humanism, which aims to apply the insights emerging from the sciences of human life—evolution, ecology, and the neurosciences—to design education and practice.

In their innovative study, Body, Memory, and Architecture, architects Kent Bloomer and Charles Moore spell out how the experience of architecture originates as a body’s responses—how architecture is, in a sense, a “body-centered” art. They distil our enormously complex human nature into convincing insights, and the ways they trace out their significance make them immediately available to apply in practice. The basic ideas, once they have been stated, may seem simple and obvious and, in fact, have been exploited brilliantly by artists, designers, and critics. Yet the power of the insights to steer designs into more satisfying, humane environments—from grand monuments to livable communities—is more often mysteriously neglected.

The neglect is a mystery to me, because generations of educators and students have had readily available Geoffrey Scott’s The Architecture of Humanism, especially the chapter called “Humanist Values.” The first of many popular editions was published in 1914.

The architecture of humanism

In clear, persuasive language, Scott describes the pleasure, the “delight,” we can take in the art of architecture—the line, mass, space, and coherence of the form itself—as we transcribe the compositions of physical contours “into terms of ourselves and ourselves into terms of architecture.” 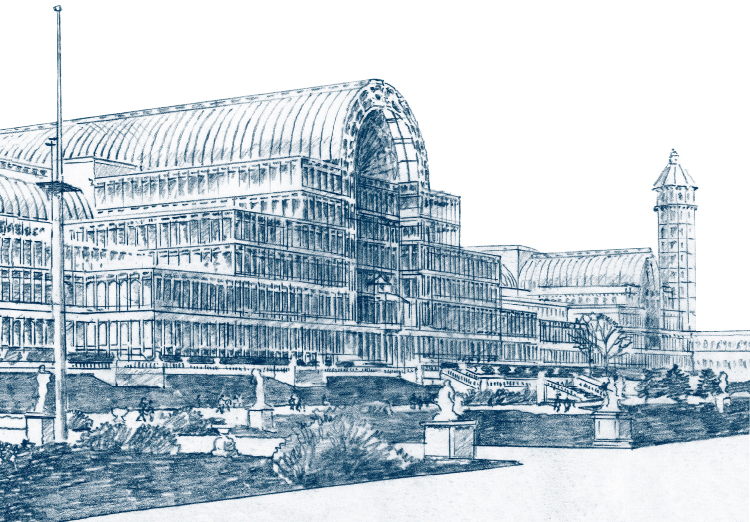 “The whole of architecture is,” Scott points out, “invested by us with human movement and human moods, given clarity and value by our intellect.” And he summarizes this way:

The humanist instinct looks in the world for physical conditions that are related to our own. For movements which are like those we enjoy, for resistances that resemble those that can support us, for a setting where we should be neither lost nor thwarted. It looks, therefore, for certain masses, lines and spaces, and tends to create them and recognize their fitness when created. And, by our instinctive imitation of what we see, their seeming fitness becomes our real delight.

This is, he says, “the natural [spontaneous] way of receiving and interpreting what we see…This is the humanism of architecture.” He describes how, without conscious effort, we follow lines of paths and sculptural gestures, tracing out with moving eyes their orientation, extension, and interpenetration until their implicit energy is resolved within the pattern of a larger setting of space and mass. And mass, its contours and dimensions in light and shade, we sense—like a human body—in terms of its unity, stability, and proportions, and, at the same time, its pressing weight, balance, and support, as if they were forces we feel acting on ourselves. Likewise, we sense the configuration of spaces in terms of the body’s potential movement or repose—open-ended or enclosed and secure—with the resulting clarity or contradiction.

Then, what the body senses and feels, the mind tries to understand, and together they bring into play our capacities and memories to find or invent coherence—intelligible, usable order—just as we experience in ourselves a consistent, cohesive presence, or literally, a personality. 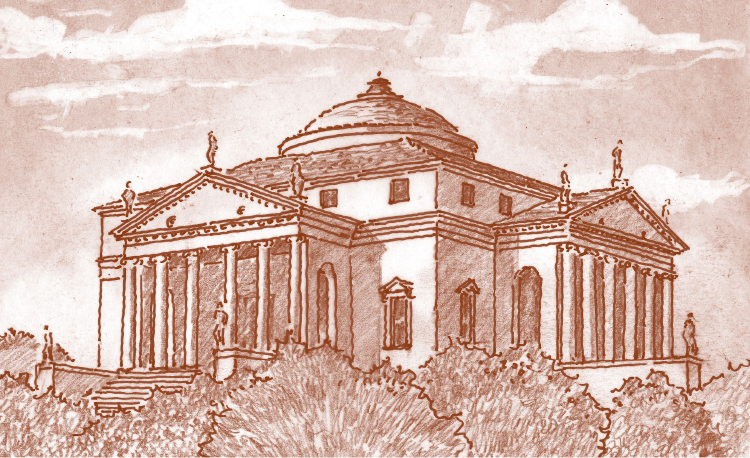 For some of us, this is a narrow, essentially sculptural definition of architecture. And perhaps because he was writing in Italy as a colleague of Bernard Berenson and a literary rival of Ruskin’s, he narrows his view further to the classical tradition in design—Greece, Rome, and 400 years of Renaissance architecture. He dismisses as “misplaced logic” both medieval traditions and the 19th and 20th centuries’ romanticism—the turning away from an industrializing present into stories of imagined places and times. But the long and versatile life of the classical forms, designed “when thought itself was humanistic,” still tells his story today. “The center of that architecture was the human body,” he says, and when we feel an arch “spring,” a line “soar,” or a dome “swell,” the body responds before we grasp cultural messages and meanings.

Scott calls this response “unconscious mimetic instinct.” He was applying to architecture ideas that art historians and philosophers were actively debating at the time, and today’s brain research has been sorting out what’s happening. First, we spontaneously tend to mimic, to mirror – to reflect – the movements and feelings we sense in both the people and places around us. And second, in order to cope with the overwhelming complexity of sensations, we are continually mapping in our whole-body neurosystem a representation—a simulation—of our surroundings. It’s in that “embodied simulation” – similar to the capability widely used in training for sports and the arts—that we fix a place in our memory, predict what will or could happen next, and then take action.

Third, simply intending or imagining action—exploring, soaring, falling, relaxing—activates brain regions that are involved in the actual physical movements themselves. Those sensations naturally arouse memories and reasoning and trigger the body chemistry that diffuses through the mind and body as pleasure, confidence, anxiety, fear, curiosity, and desire.

The end result may be as fleeting as a quick navigational decision or as lasting as an aesthetic experience. But the response is not optional; it’s everyday life.

The important point, extended and studied further by Bloomer and Moore, is that the evolved body is the primary medium for an experience of the built environment. And the mind uses that physical experience, past and present, as the most reliable basis and, in a sense, an organizing metaphor—a kind of instinctive pschophysical frame of reference—for understanding, judging, and designing the built environment. In other words, they bypass the dead-end idea that the body is separated from, and somehow inferior to, the mind.

And I would add the idea that this organizing metaphor, together with our superb detection skill, inescapably guides interactions with all of our environments—not only the places we build, but also with people, with nature, and with our own mental, intellectual environments, in-here.

Bloomer and Moore  describe how we tend to—are predisposed to—identify and interpret our surroundings in terms of our body’s own three-dimensional experience or four, for those who want to think of movement in time as a dimension. As we interact with environments and create the mental map of our total body, based on what we have learned it is and can do, that map organizes how we see the world with “me” at the center. Then, in a sense, we feel that our surroundings have become an integral and, in practice, an almost organic part of our daily lives. 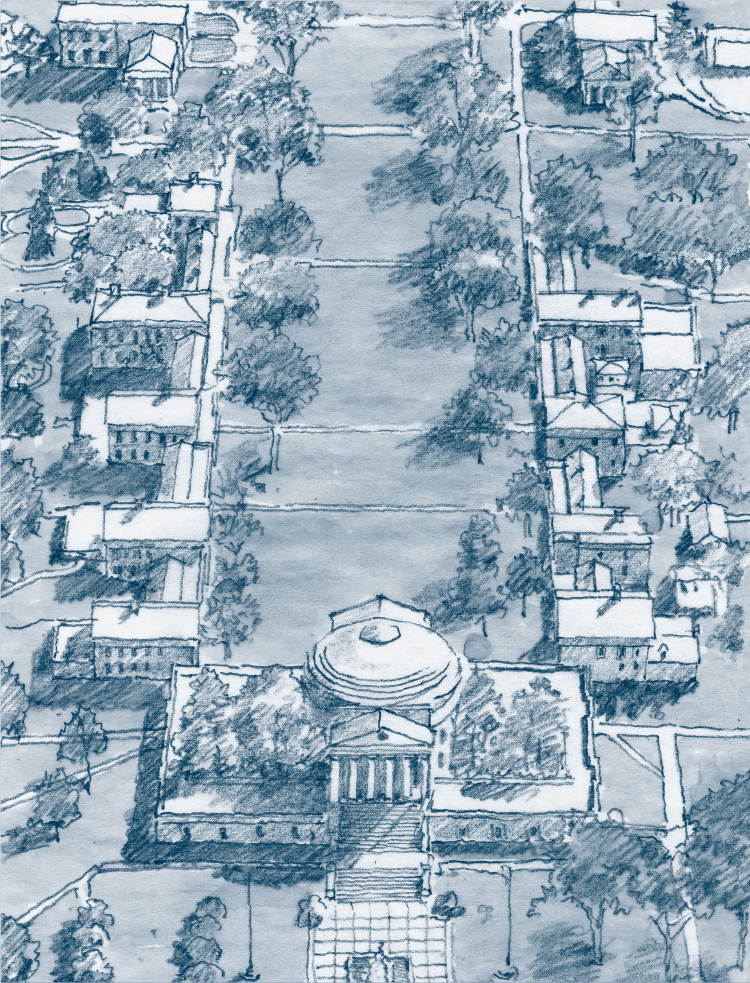 Thomas Jefferson’s University of Virginia – the human psychophysical framework in practice—with its heart/lawn, topped by the domed head/library flanked by colonnades/arms, and a framed vista reaching out, extending its boundaries into—in his design as in his policies—the open continental frontier that became America.  The mental map of our body structures how we see the world with “me” at the center.

The map tends to be made up of a unified perception of our own boundaries, dimensions, and coordinated parts, connected by centers and joints, animated by rhythms of movement and a sense of sequences as time passes. It’s the source of Kevin Lynch’s edges-paths-nodes-landmarks-districts language, and it’s dimensioned by an awareness of our individual physical capabilities.

Interaction with that map and the stories that we build within it, more than the place itself, are what becomes our “experience.”