“Berlage: Godfather of Dutch Design” covers so much territory, with so little context, that it mostly fails to do justice to Berlage’s legacy.

If there is a “godfather” of Dutch Modernism, it is Hendrik Petrus Berlage. The Amsterdam-born, Swiss-educated designer’s influence—as an architect, urbanist and, as per today’s parlance, “product designer”—has resonated through the decades in both pedagogy and practice. His work, developed at a moment when European design was coming to terms with the potential of industrialized manufacturing and mass-production, represents a particular variant of the early modern style, Hollandse Zakelijkheid, or Dutch Pragmatism. He advocated simplicity at a time when everything—from façades to chairs to teacups—bristled with ornament.

And so it makes considerable sense that the Beurs van Berlage—an enormous complex completed by the architect in 1903 and newly re-opened following a 2015 renovation by Bierman Henket—has chosen to reflect on this man’s legacy and impact on contemporary Dutch design. Unfortunately, however, Berlage: Godfather of Dutch Design covers so much territory, with so little context, that it mostly fails to do justice to either Berlage’s oeuvre or his legacy. 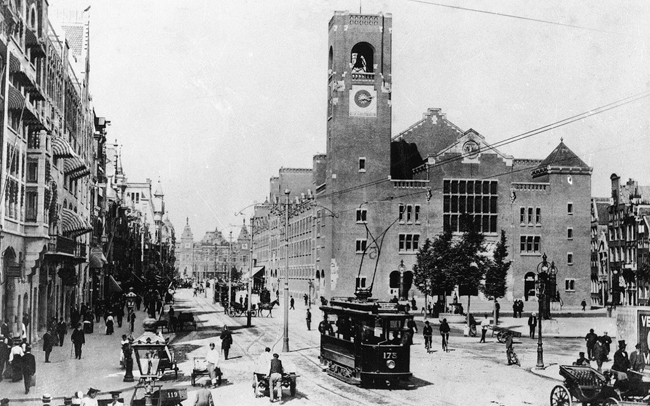 The exhibition is arranged according to seven themes, including Technology, Structure, and Style, which are meant to contextualise the over 40 chairs and stools, tables and desks, light fittings, textiles, and art installations on display. These pieces are some of the finest examples of contemporary Dutch design, encompassing work from Holland’s heyday in the 1990s to more recent years. From Christien Meindertsma’s materially-innovative and surprisingly elegant “Flax Chair” to Henk Stallinga’s “The New Berlage”—a stackable chair commissioned by the Beurs van Berlage for use in its concert hall—there is a real wealth of work on view. In this sense, it’s a rare visual treat.

But it’s not enough to simply scatter objects and encourage individualized connections. While the approach—that of providing a framework for these disparate designs—is not innately flawed, it suffers from a lack of context and curatorial input, leaving the visitor feeling untethered, bounced from decade to decade and object to object. Moreover, the very act of elevating pieces on individual podiums begins to diminish the objects’ functional values, transforming chairs, tables, and utensils into distant, aestheticised objects. It begins to feel like a collection of product placements.

There are moments, however, when you can glean Berlage’s presence in the overarching narrative of Dutch design, such as the impressive taxonomic presentations of wooden chairs, coat-hooks, and glazed bricks that at least address a central concern of Berlage’s philosophy: that of mass-production. The exhibition’s most cogent and engaging space can be found in a room tucked in the back. Here, away from the catwalk of objects, a series of archival artifacts begin to piece together Berlage’s architectural output in the context of Amsterdam and, more importantly, the building itself. Etchings, orthographic drawings, and photographs begin to probe the extent of Berlage’s work at different scales—allowing the uninitiated visitor to begin to recognise the impact of his legacy.

These incidental moments are too few and far between to give the exhibition the coherence it deserves. Curators tackling all-encompassing exhibitions of great designers do, admittedly, face a major challenge: how to render the subject accessible without diluting his or her significance or, indeed, contemporary relevance. It is, given its striking title and privileged setting, disappointing that this show, rather than confronting this challenge, perpetuates an increasingly outdated mode of exhibiting in which “design” is deified and, ultimately, made inaccessible. As it stands, this exhibition is little more than a threadless arrangement of beautiful objects—one that feels unhappily at odds with Berlage’s lifelong pursuit for functional purity. 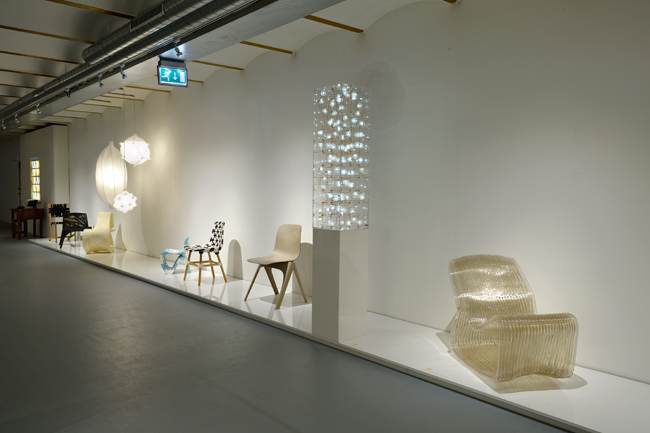 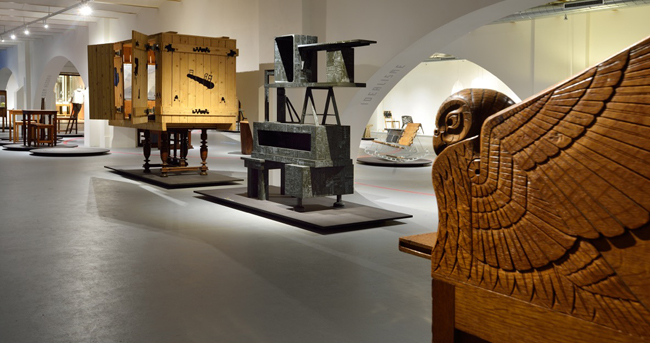