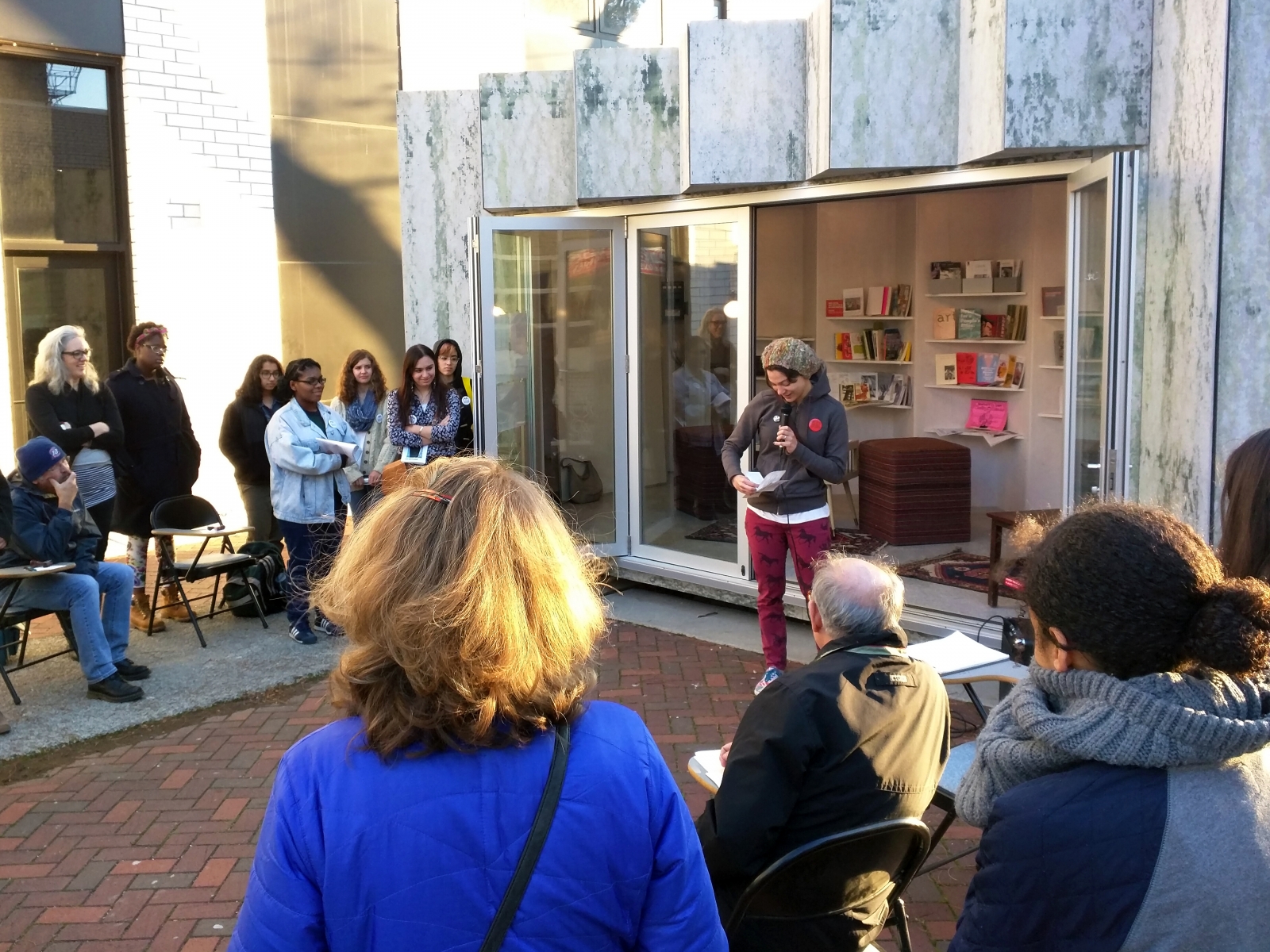 There’s a high level of uncertainty inherent in starting a business, and outlets such as Chicago-based Boombox help entrepreneurs minimize risk through affordable, flexible micro-retail spaces.

Starting a retail business always involves some risk. Zac Lindemann, a furniture designer, wanted to do what he could to minimize the chance of failing. He had been making custom, one-off wood furniture for five years when he began toying with the idea of launching an online store to sell limited batches of furniture and home goods. But before getting started, he wanted to gauge the public’s interest in his new venture. So last December the 28-year-old designer rented a Boombox, a pop-up retail kiosk, in Chicago’s Wicker Park neighborhood to invite opinions from passersby and, he hoped, make a few sales. “Everybody who came in really liked the Scandinavian-style pieces that I had on display,” Lindemann says. “I got the reaction I was hoping for.” Called Become, his retail site will go live later this year.

Boombox is part of a growing shift toward micro-retail, enabling smaller and more flexible setups that can nimbly accommodate different sellers and their inventory and approximate the intimate feel of the small, independent businesses that are being squeezed out of high-end rental markets. These spaces provide affordable venues for micro businesses like Lindemann’s as they get off the ground. But even big-box retailers such as Target are tapping into the novelty of micro-retail by embedding start-ups in their stores as a way of adding local flavor, as well as testing consumer interest in cutting-edge products before staging broader rollouts. Retailers of all sizes are beginning to embrace an approach espoused by many start-ups: offering customers minimally viable products—early-stage, low-budget innovations—before refining them based on user feedback. Sellers are now tweaking their inventory, marketing, and even their physical spaces in an effort to hit on a winning formula.

The Boombox project is a joint initiative between the Chicago Department of Transportation and local architecture firm Latent Design, which aims to erect up to five more kiosks over the next three years. The city selected Latent’s submission to a 2013 request for proposals (RFP) geared toward reactivating underused public spaces. According to the project’s website, at least part of the solution lies in helping entrepreneurs “bridge the gap between start-up and storefront,” giving them a means to expose their wares to customers without signing a long-term lease for more space than they need. “It fits inside the start-up ecosystem, because it’s a small space, easily accessible, and essentially already fitted out,” says Katherine Darnstadt, Latent Design’s founder and principal. “We give you the skin and the skeleton; you brand it and get the feedback you need as part of your process.” The skeleton is a repurposed shipping container, the skin an accordion-like facade made of cement board with expansive bifold doors that open to the street. During high season, the rent is $500 for the first week and declines with every passing week, to encourage longer stays.

Retailers of all sizes are beginning to embrace an approach espoused by many start-ups.
Darnstadt’s endeavor is for-profit, and she draws most of her financial support from her own fund-raising efforts. Other for-profit businesses are also getting into the micro-retail game, allotting space for scrappy start-ups and their on-trend products. For Target’s smart-home concept store in San Francisco, called Open House, the business recently collaborated with Indiegogo to display and sell successfully crowdfunded connected-home gadgets. “Target was looking for ways to bring innovative products into their stores earlier and display them to their consumers in unique ways,” says Indiegogo’s chief operating officer, Dave Mandelbrot. “And we too were looking for ways to help the entrepreneurs on our platform get their products in front of people as soon as possible.” Those products include Oomi, a platform that allows you to control all of your smart-home products from one device; Nanoleaf, a voice-controlled lighting kit; and Butterfleye, a wireless home-monitoring camera.

By partnering with Indiegogo, known for showcasing incipient inventions such as the aforementioned, Target is also able to measure interest in those products among a certain tech-savvy subset of customers before rolling them out more widely to other stores. “Instead of Target needing to buy for their hundreds of stores,” Mandelbrot says, “they’re starting by just buying for this one store and testing the success of a product in front of a community that’s very likely to be interested in it before trying to do something more massive.”

Much farther north, in downtown Toronto, a prospective development is raising the stakes in a gamble on micro-retail that proposes to turn an entire urban alleyway into what planners call a “micro-retail incubator.” Dubbed Honest Ed’s Alley, the strip will run through a new mixed-use complex slated to replace Honest Ed’s, a discount megastore that has become a Toronto landmark.

The project’s developer, Westbank, hired local consultants ThinkFresh Group, the Next Practice, and the Centre for Social Innovation to come up with a design and business model for the incubator. A survey they conducted of 145 micro-retailers operating mostly out of pop-ups, kiosks, and stalls revealed a keen interest in year-round rentals with flexible hours and leases. Says Westbank’s Ian Duke, “We’ll be able to give them space for less rent; they’ll only have to pay for the space they need, and we’ll give them a shorter-term agreement,” which he expects will help micro-retailers grow their businesses. “It’s like trying to buy your first home. Your second home is way easier, but your first home is a bigger hurdle to jump over.”

The design details won’t be hashed out until the city approves the larger mixed-use complex, of which the incubator is part, but Duke expects that the incubator will create some healthy competition among the micro-retailers to deliver memorable experiences to consumers. Ultimately, the success of any of these projects depends on customer loyalty, whether it’s a Target concept store, a furniture shop in a shipping container, or a 40-square-foot stall. “Micro-retail is this personalized, very local, one-on-one interaction that brings back the feeling of mom-and-pop stores,” says Howard Tam, an urban innovator and strategist at ThinkFresh. “So it’s all about building that great experience, which leads to a place that you love, which leads to a great community.” 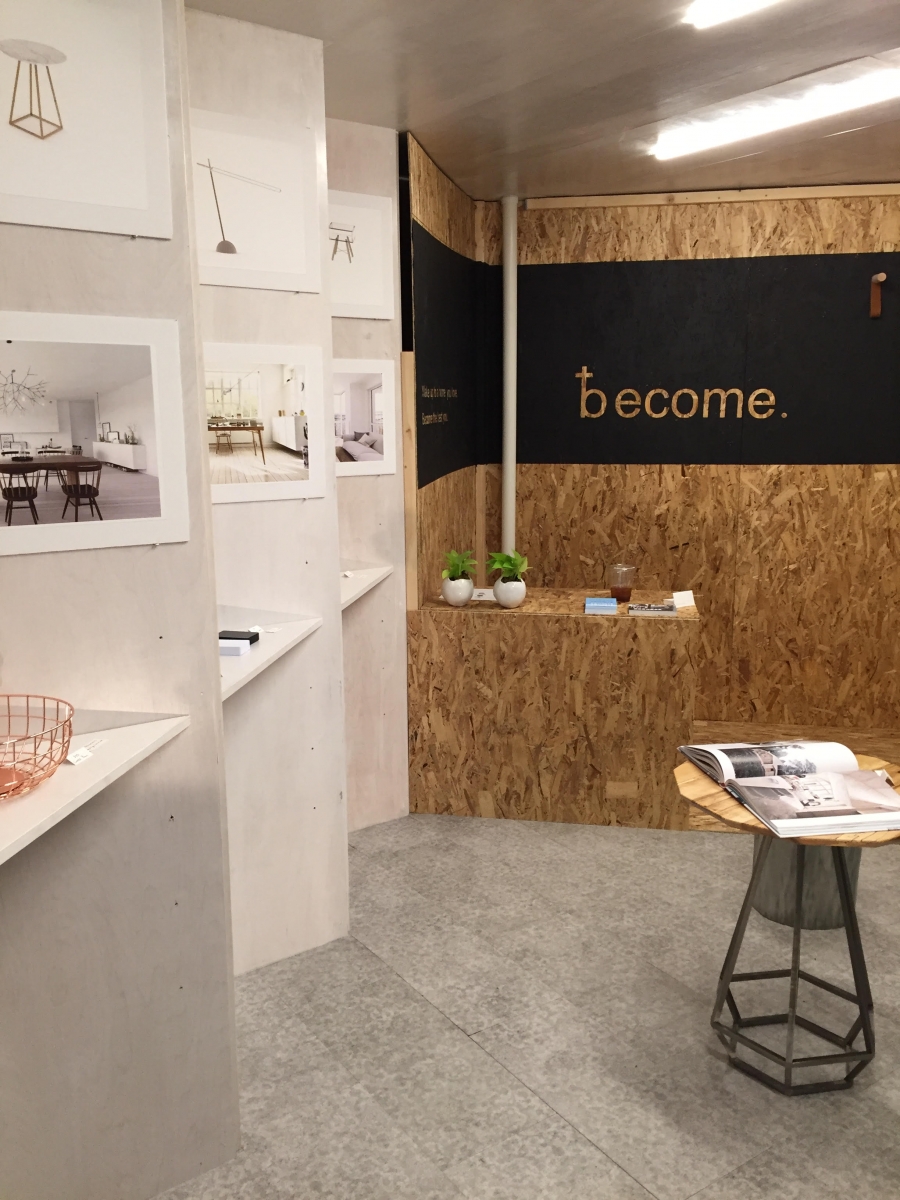