Metropolis editor Mikki Brammer sat down with Buckminster Fuller’s daughter to discuss what Bucky would think of the world today. 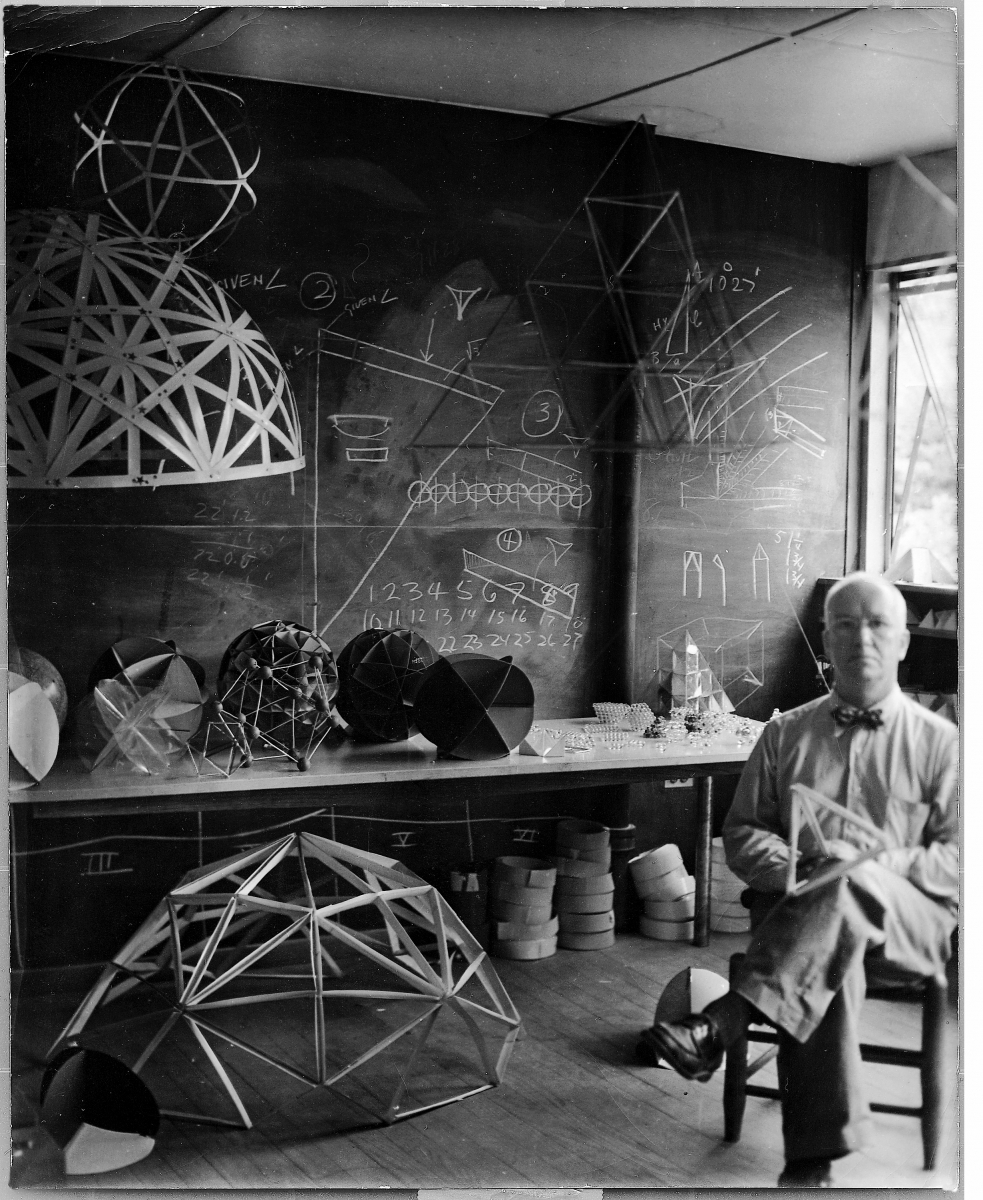 Buckminster Fuller sits in his workspace surrounded by various models, including that of his famous geodesic dome.

It’s been nearly 35 years since your father passed away. What do you imagine he would think of the world as it is today, compared with the future that he envisaged?

One of his last books was Utopia or Oblivion. He never was discouraged, but I think he really was concerned that we were heading more in the oblivion direction, and, unfortunately, I think we are succeeding in doing that, because of the terrible effects of global warming. Most of the major changes have been negative rather than positive. I think he would be feeling very sad.

Are there any advancements that have come about in the intervening years that would have particularly interested him?

I think the awareness and, in many cases, understanding of his synergetic geometry has changed for the positive. But then again, it hasn’t in some ways. There was always a bigger picture for my father, and a lot of people have gotten stuck in the geometry. They’re very intrigued with it, but it hasn’t given them tools, for the most part, to see input and breakthroughs that could be made by that.

When you think of architecture and design today, which of his lessons do you think we’ve yet to learn?

I think the issue of sustainable, low-income housing. He never considered himself an architect, but that was the way he got categorized in many people’s eyes. It was really the principle of building very sustainable housing at a very low price, like the Wichita House [a prototype of which was built in 1946], which never did actually finally get off the ground. My father was an enormous admirer of Henry Ford. He hoped that the housing industry would be much like the car industry, so that you could buy a product and then, if something wasn’t going right, you could trade it in or get a new part for it, or whatever you needed, in the simplest way.

The big vision that Henry Ford had was a whole sequence of things. It wasn’t just that someone bought the car and then the responsibility was over. You had a dealer, and the dealer would keep your car up or recommend that maybe you want to get a new one because the one that you had, the braking system had been modernized, and so forth. That was Bucky’s concern. It wasn’t really architecture at all.

You’ve described your father as something of a magician to you, and it also seems that you acted as a sounding board for him in many ways. What do you think educators could learn from his approach to interacting with children?

His process was that the more he could give me the experience that he was experiencing—as I mention in the essay—it got clearer for him, and he became more articulate. It was a very interesting process, which is very true of a real teaching/learning process. If my father came into a room and there was a little child there, he was immediately drawn to the child. They did get into conversation, and oftentimes the child wasn’t really up to the vocabulary, but they had a true rapport. I think really, quite honestly, he respected the child, perhaps more than anybody else in the room, because he knew that they had such potential in them and he wanted to encourage that. 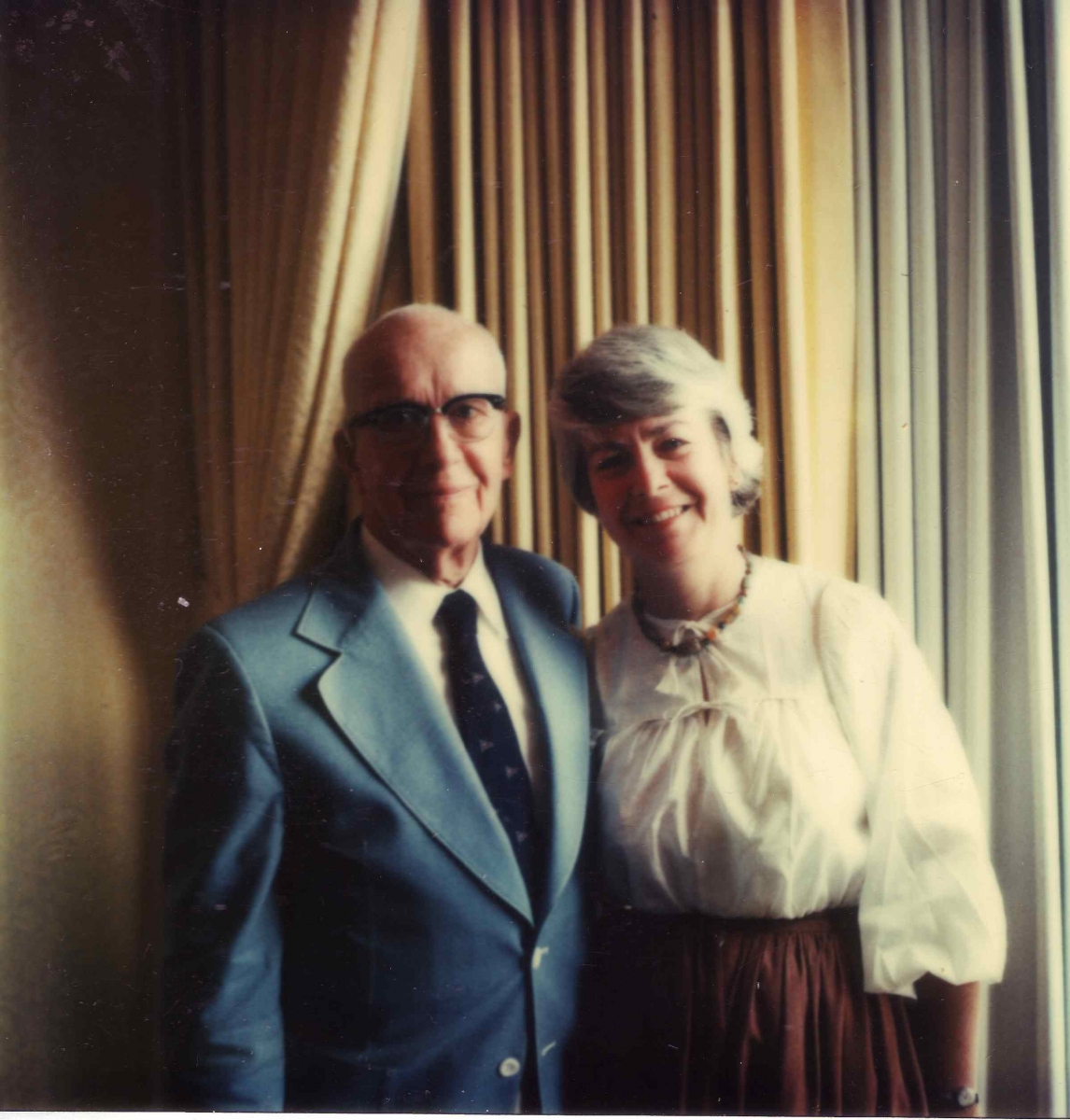