The National Organization of Minority Architects says to end racial violence, architects must first ban the biases within the industry.

In the wake of the police killing of unarmed Minnesotan George Floyd, a handful of national architecture and design industry groups dashed off statements expressing sadness, anger and pain on behalf of their black peers.

But architects who expressed solidarity need to back it up with action, according to the National Organization of Minority Architects (NOMA) in its own statement this week. Founded in 1971 by 12 black architects in Detroit, the organization grew out of the Civil Rights era and has long been a resource for best practices in minimizing the effects of racism on the profession. There is no more authoritative voice than NOMA on how non-black architects should help.

And this 49-year-old group recommends that architects who want to fight racial injustice should start by eradicating it in their own practices first. If firms have seemed blind to violence against black citizens, they have also largely ignored the dismally small percentage of black architects (less than 2 percent of the industry population) which hasn’t budged in 30 years. Leadership roles, like those in law enforcement and government, remain predominantly white and privileged. So NOMA’s board, led by 2019-20 president Kimberly Dowdell, is challenging  practitioners to get rid of “circumstances that not only result in racially motivated violence. . .but also prevent people of color from entering and thriving in the profession of architecture.” Members just launched #DesignAsProtest, a black-led organizing effort to correct the design of spaces that dehumanize black people, beginning with a Day of Action this Friday, June 5th.

To emphasize the fact that injustice in society and in the profession share the same root, Dowdell released her letter on the 99th anniversary of the day a white mob burned down the affluent African American-owned Greenwood district of Tulsa, Oklahoma, murdering 300 residents; to evoke that terrible image is to trace a boldface line of responsibility from the built environments black people have inherited to white architects’ famously exclusive networking apparatuses, through which these cities continue to be conceived.

Firms that don’t know enough nonwhite architects should  become dues-paying members of groups such as NOMA, where programming is dedicated to training and licensing nonwhite architects at a time the profession is attracting fewer young recruits. Dowdell says participation in her group is especially easy, now that NOMA has moved its annual conference online. 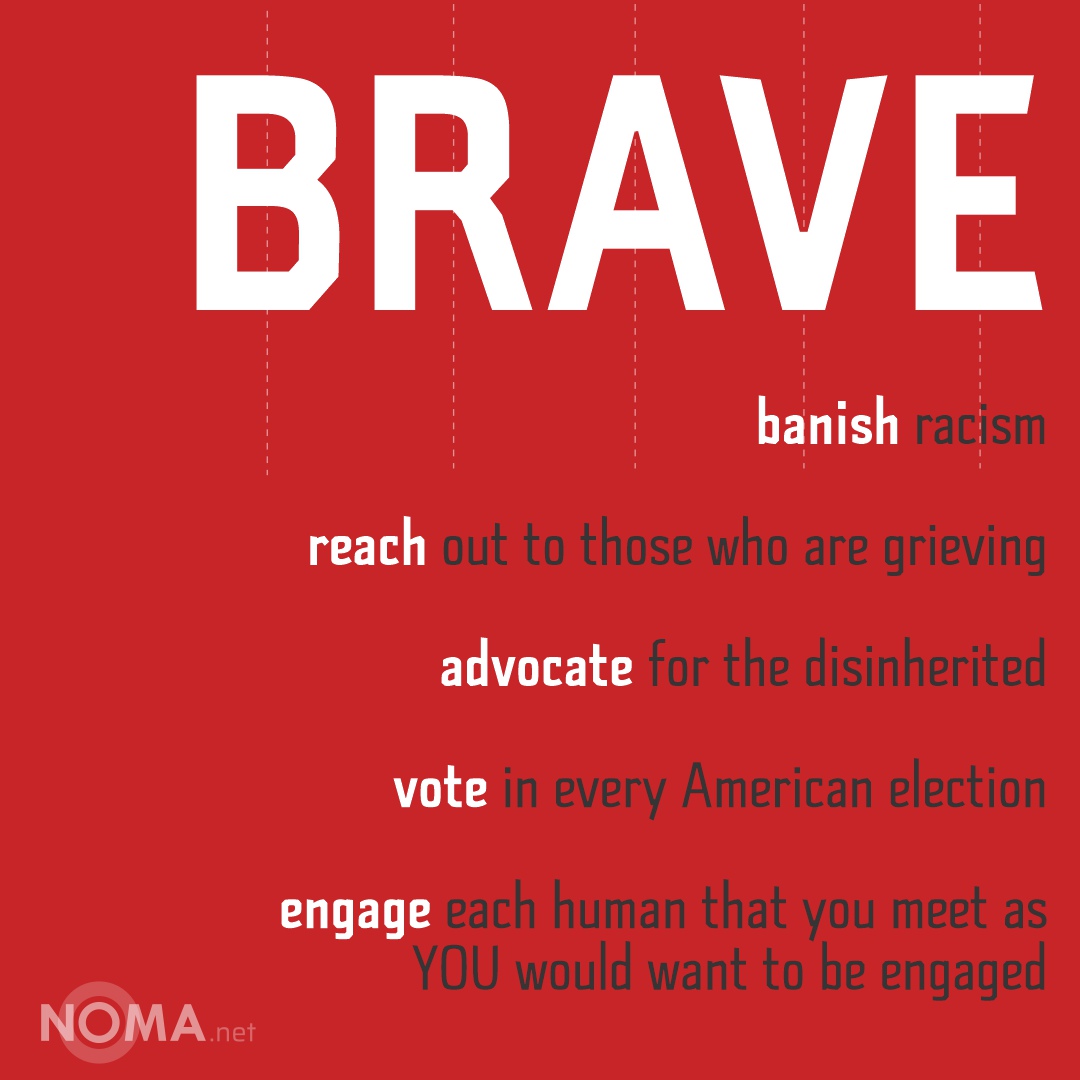 Large global firms should not only join NOMA as corporate members, but also adopt its official steps for inclusive atmospheres, which, as an acronym, amount to being BRAVE:

“If we can promote these basic ideas in our firms, our organizations and in our communities, our nation will be better for it. Perhaps then, we can all breathe a little bit easier. Only then, can we target our energy and creativity towards designing a better world for all,” says Dowdell.

You may also enjoy “NOMA-Nominated: Banc of California Stadium by Gensler Los Angeles”