"Demo:Polis" Asks What We Mean When We Talk About Public Space

The ongoing exhibition thoughtfully presents a broad variety of spaces and approaches to urban design.

The Pallet Theatre in Granby Park, Dublin, was designed by Seán Harrington Architects.

Two questions had been preoccupying me on my way through the well-tended lawns of Berlin’s Tiergarten to see Demo:polis, an exhibition on the right to public space at the Akademie der Künste: how does one exhibit public space in the white (or concrete gray) cube of a gallery? And what, exactly, are we talking about when we talk about public space?

Upon entering the show, my qualms were immediately quieted. The former was made clear from the intelligent layout of the exhibition, whose arrangement echoes the visual language of the subject matter at hand. Pseudo streets, squares, and city blocks are formed by a grid of chipboard panels and encourage the visitor to wander, flâneur-like, through this most urban of topics.

My second concern was assuaged by Wilfried Wang, the co-curator of Demo:Polis, along with Barbara Hoidn, who explained the basic principle behind the exhibition: “Public space is of the public, for the public, and by the public. Public space belongs to the public. Now that may seem like a banal thing to say, but it’s very important in this age of neoliberalism where we are still suffering from ideas of privatizing space.” So far, so clear.

Yet, a few steps farther into the show, a quirky documentary video reveals the intricate and sometimes ambiguous nature of discussing public space. The film, Rita Schäfer Won’t Give Up, follows the namesake protagonist around an urban planning office, as she interviews architects, senate members, and even anarchists to gauge the different ways each defines public space. Through faux-naΪf questioning, Schäfer elicits a variety of responses, ranging in topic from the practicalities of accessibility to the nature of democracy itself. This relatively innocuous video sets the tone for an exhibition which, on the whole, refrains from didacticism. Demo:Polis thoughtfully presents a broad variety of spaces and approaches to design, rather than simply collecting New Urbanism “best practices” or bottom-up placemaking projects—as is typical of similarly themed exhibitions.

The show continues with a detailed look at the past, present, and future of Berlin’s Alexanderplatz and Ackerstraße. The focus on Ackerstraße, just north of central Berlin, is particularly poignant and illuminates the impact that changes in public space can have on whole communities, even whole cities. The once lively (that is, overcrowded) working-class neighborhood around Ackerstraße was divided by the Berlin Wall for decades and then tenuously reunited, with severed neighborhood ties dangling on both sides of the titular promenade. The contrasting developments and social experiences in the East and West sections have produced incongruent districts along a single stretch of road: quiet, monofunctional housing blocks on the West side; buzzing cafes, where gentrifiers dine under 19th century facades, on the East. With Ackerstraße’s historical scars still visible, Demo:Polis asks visitors to envision the street in 2050 and the future community cohesion that might be made possible by the intelligent design of its public spaces. 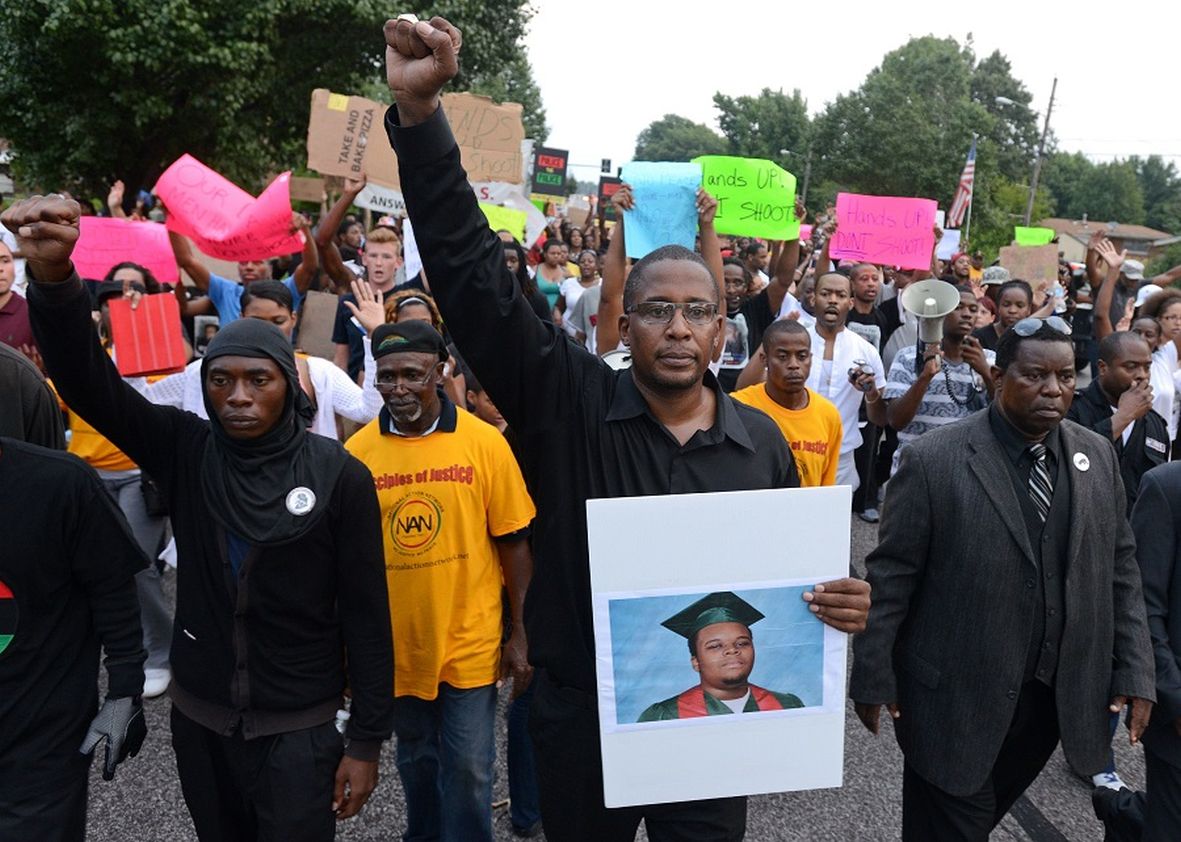 A protest in Ferguson

This long-view approach to Berlin is also reflected in an installation of Michael Ruetz’s Timescape photography series, which documents the changes in the city’s urban fabric via snapshots taken in the same exact location each year from 1987 to present day. Familiar sites, such as the Brandenburg Gate and Potsdamer Platz, evolve from deserted stretches of field into hubs of the 21st-century metropolis. For the viewer, watching the passing of time in this way imbues the sites with a historical weight not usually appreciated by the wandering eye of a passing pedestrian or tourist. In Ruetz’s photographs the ground itself seems to become witness to the changes occurring around it, subject to the whims of architects, developers, and politicians alike.

Having established this future-oriented perspective, the exhibition moves on to explore a broader, case study-led approach to the design of public spaces. The selection is varied and international, ranging from megaprojects like Foster + Partner’s pedestrianization of Trafalgar Square and the post-industrial landscaping of Brooklyn Bridge Park, to more humble examples, such as the opening up of communal spaces in a Mexico City housing project by Rozana Montiel and a temporary park and theater by Seán Harrington and A2 Architects in Dublin. A particularly striking example comes from Lacaton & Vassal, architects who were commissioned to “embellish” a quiet square in Bordeaux. Upon visiting the square, the French architects (named Metropolis Game Changers in January) found a harmonious and tranquil space that required little more than some new gravel and a small amount of simple gardening—a deeply satisfying refusal of an egotistical master plan in favor of careful community improvement. The project demonstrates the ethos behind much of the Akademie der Künste show: the awareness of context and a public-facing dialogue can produce great places, even great societies.

Questions of society and politics bubble close to the surface throughout Demo:Polis, reaching full boil in a small section about popular protest in the 21st century. The Jasmine Revolution, Occupy Wall Street, and the Ferguson protests, among others, are hailed as examples of the re-claiming of urban space as an act of defiance. As Wang argues, “Public space is a contested medium and it has regained its political significance in the last few years, especially as the internet becomes more and more surveyed.” Indeed, the Snowden/Wikileaks revelations regarding the surveillance on the digital network, once considered the new paradigm of public space, imbue the physicality of streets, squares, and parks with an invigorated importance. Wang emphasizes the right to anonymity—the access to spaces without restrictions based on income, social standing, membership, etc.—as an oft-overlooked aspect of our right to public space, especially in countries such as England, where CCTV cameras are as ubiquitous as lampposts.

“Cities are measured for what you can do in them for free,” argued man-of-the-moment Alejandro Aravena in an interview for this magazine. What Demo:Polis highlights, in its far-reaching and perceptive way, is the breadth of these freedoms, which are at stake amid the current overwhelming drive toward privatization. Preserving and creating public spaces are not simply exercises in pedestrianizing tourist hubs or preening parks. The quality of our democracies is built into the stones, slabs. and sidewalks that are of, for, and by the people.

Demo:Polis is on view at the Akademie der Künste, Hanseatenweg, Berlin until May 29th. 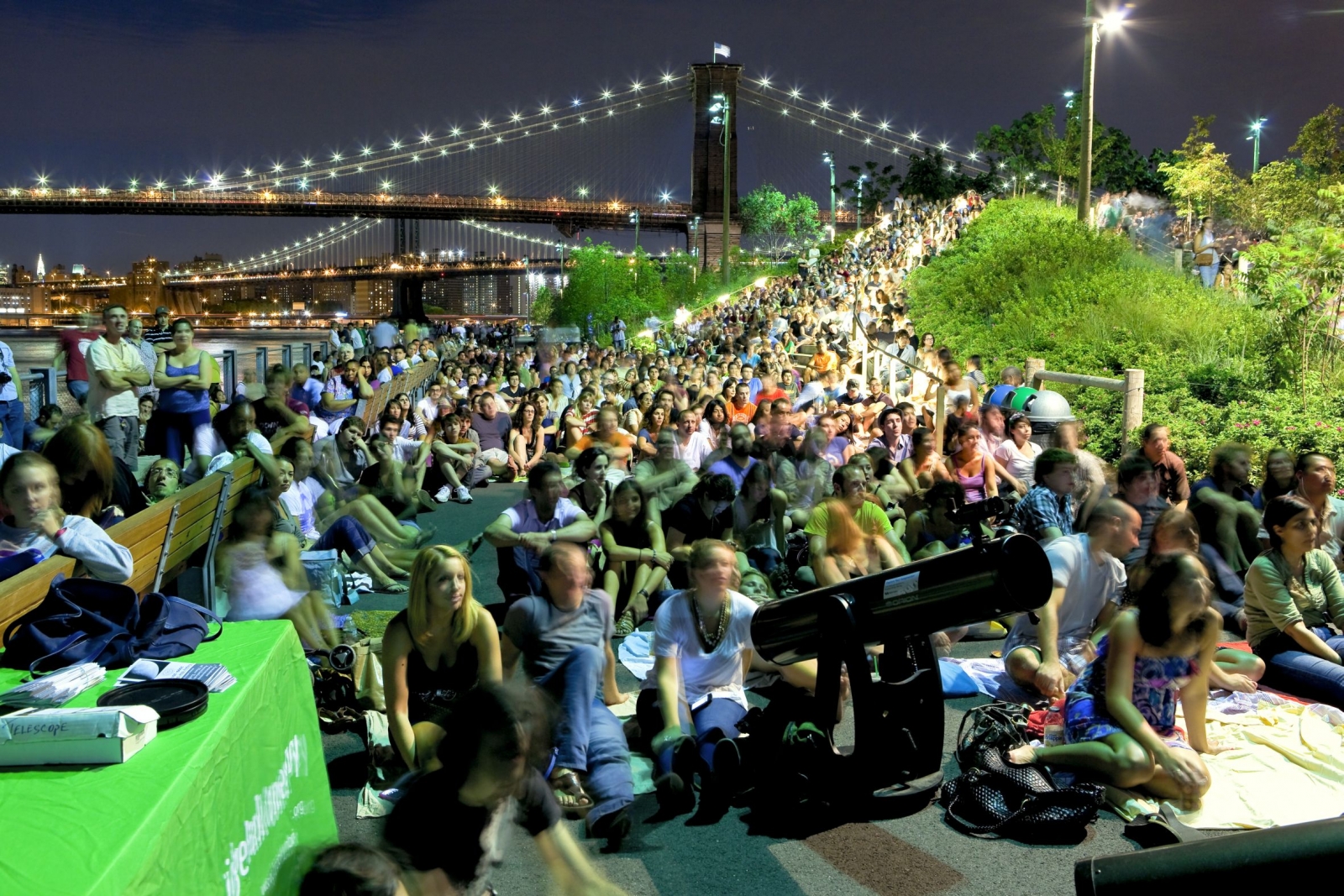 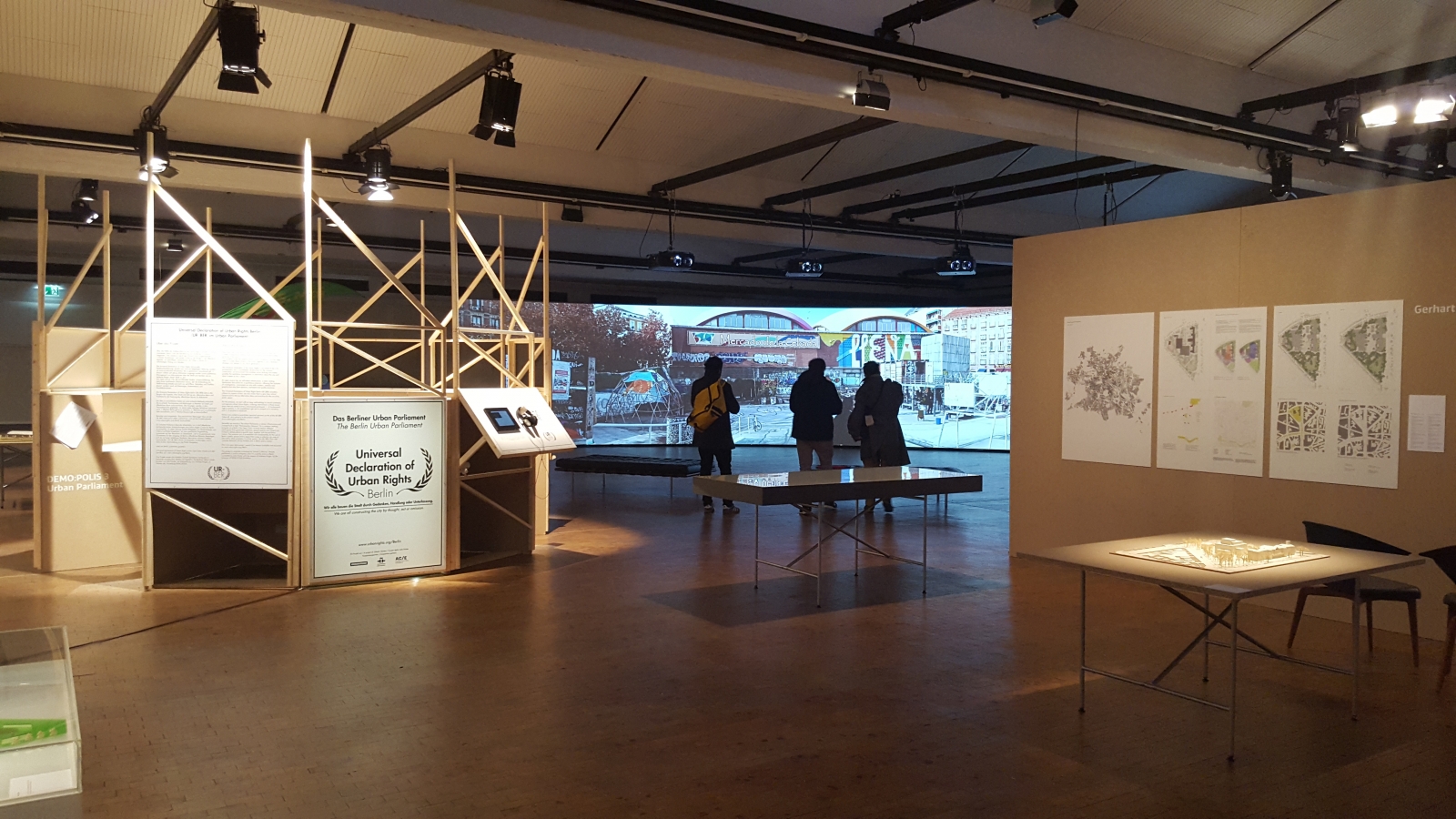 The exhibition at the Akademie der Künste