In early December, a dozen students from the Visual Presentation and Exhibition Design Department at New York’s Fashion Institute of Technology (FIT) presented their proposals to revive and rebrand Burlington, a former industrial town in North Carolina. The following keynote, delivered by jury member and Metropolis publisher/editor in chief, Susan S. Szenasy, kicked off the morning’s proceedings.

You probably came to study in the big city because you’re drawn here by the urban life. If that is so, you are part of the big population shift that defines the twenty-first century everywhere, in cities all around the globe. We come to these cities by the millions to find each other, connections, culture, good food, jobs, opportunities, entertainment—you name it.

Burlington, North Carolina, the town you have worked on for the BOOST project, is part of this trend of moving away from sprawl—a creature of the twentieth century—and back into dense urban environments. This “tighter” living illustrates the planning expression of the twenty-first century. You may already know what I will tell you now of Burlington, but it’s worth remembering that, like many other smallish urban settlements in North America, the town is a creature of the economic and social trends that defined the nineteenth-century industrial world.

In the 1880s, Burlington was a railway stop and repair shop for trains. Skills and craft and community and jobs were involved in this activity of repairing trains.

When textile manufacturing settled in and grew up around the Carolinas, Burlington was part of this trend of machine-made goods for expanding markets. By the early 1900s, factories—some 40 of them around Burlington—employed 15,000 people in the county. 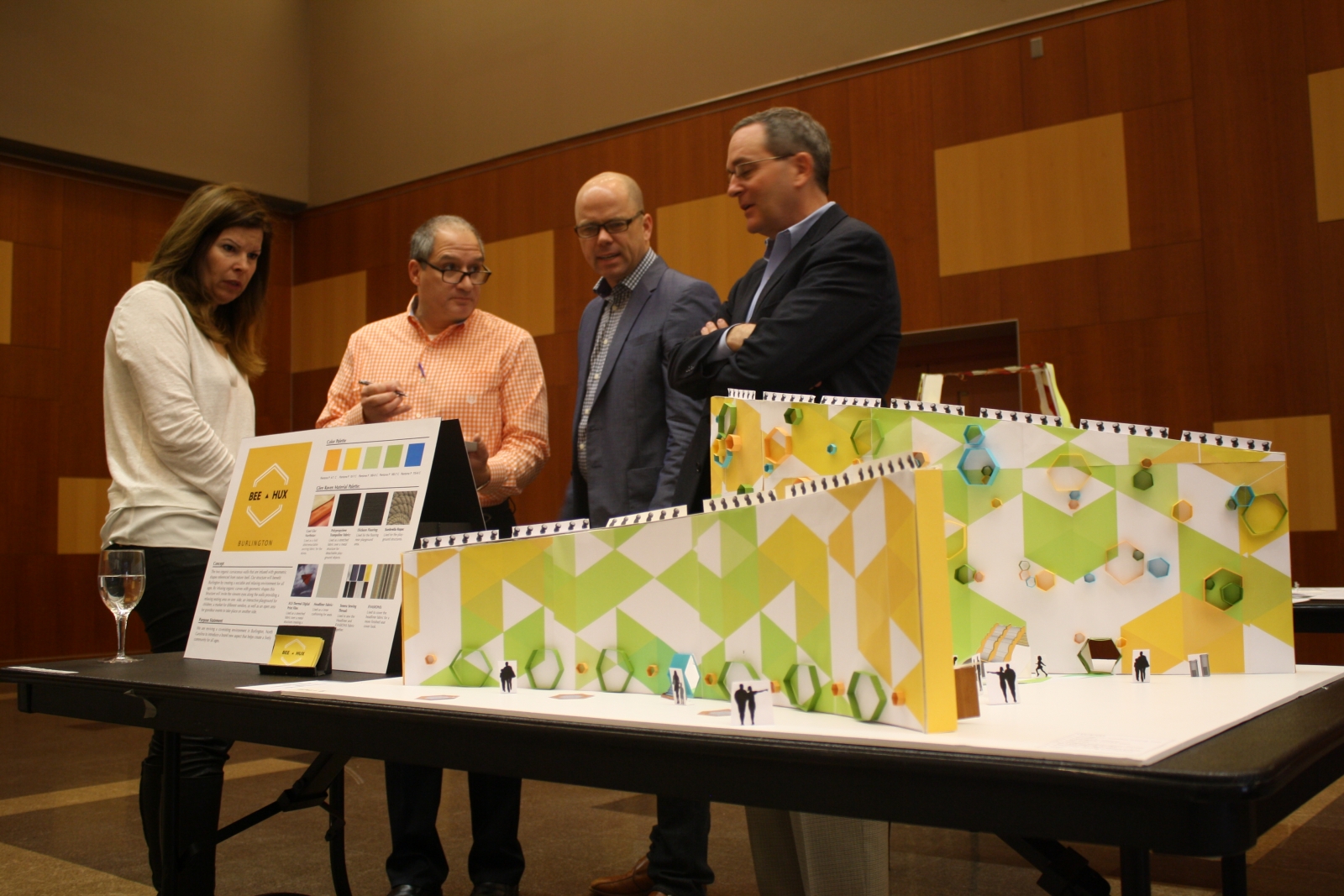 The first group of judges inspect one of the 52 submissions

By the 1970s, as manufacturing jobs were out-sourced, a severe depression hit the Carolinas and elsewhere. Retail abandoned Main Street for the suburbs. And cities, in general, were considered mean and dangerous places. But through it all, the tradition of making and crafting artisanal work and a pride in the local survived in Burlington, as in other places.

This spirit of making and craft is what you evoked to bring Burlington back to its full potential. Your proposals are for a downtown with good bones—there’s the historic depot, original storefronts, vintage signage, a community theater. Some of these older buildings have even been newly occupied by start-ups. 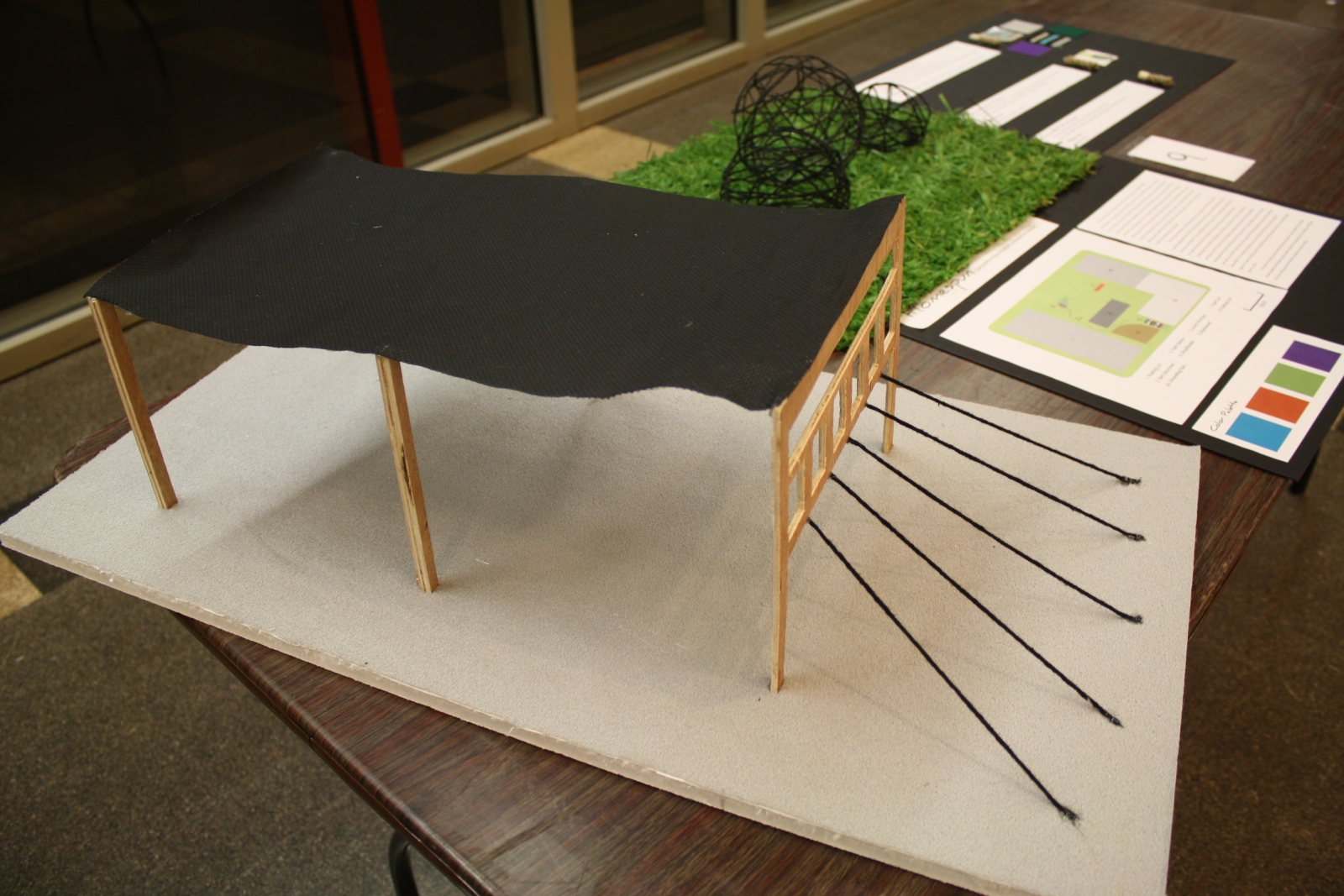 The winning submission, “Homespun,” was designed by Cris Anne Fernandez and Samantha Kokinchak. They studied and reinterpreted Burlington’s textile legacy for a public square that will be a place to gather around food, music, conversation, and craft and remember what other generations did to earn their living, as well as the tools they used.

Start-ups, as you may have heard, like to occupy places with character, buildings that have some history behind them. Young, new business owners stay away from the shiny, glass and steel boxes built for the twentieth-century corporations and prefer to settle into buildings with more character—the word “authenticity” is used by these new business owners and workers.

The tradition of local textile manufacturing is continued in Glen Raven’s plants, now equipped with state-of-the-art machinery. I visited the fabric manufacturer’s Sunbrella factory where I saw for myself a pristine building that is environmentally sensitive and employs highly skilled workers. Digitally programmed robotic weaving and embroidering machines turn out high-quality textiles while producing no waste at all—no garbage trucks leave the property. 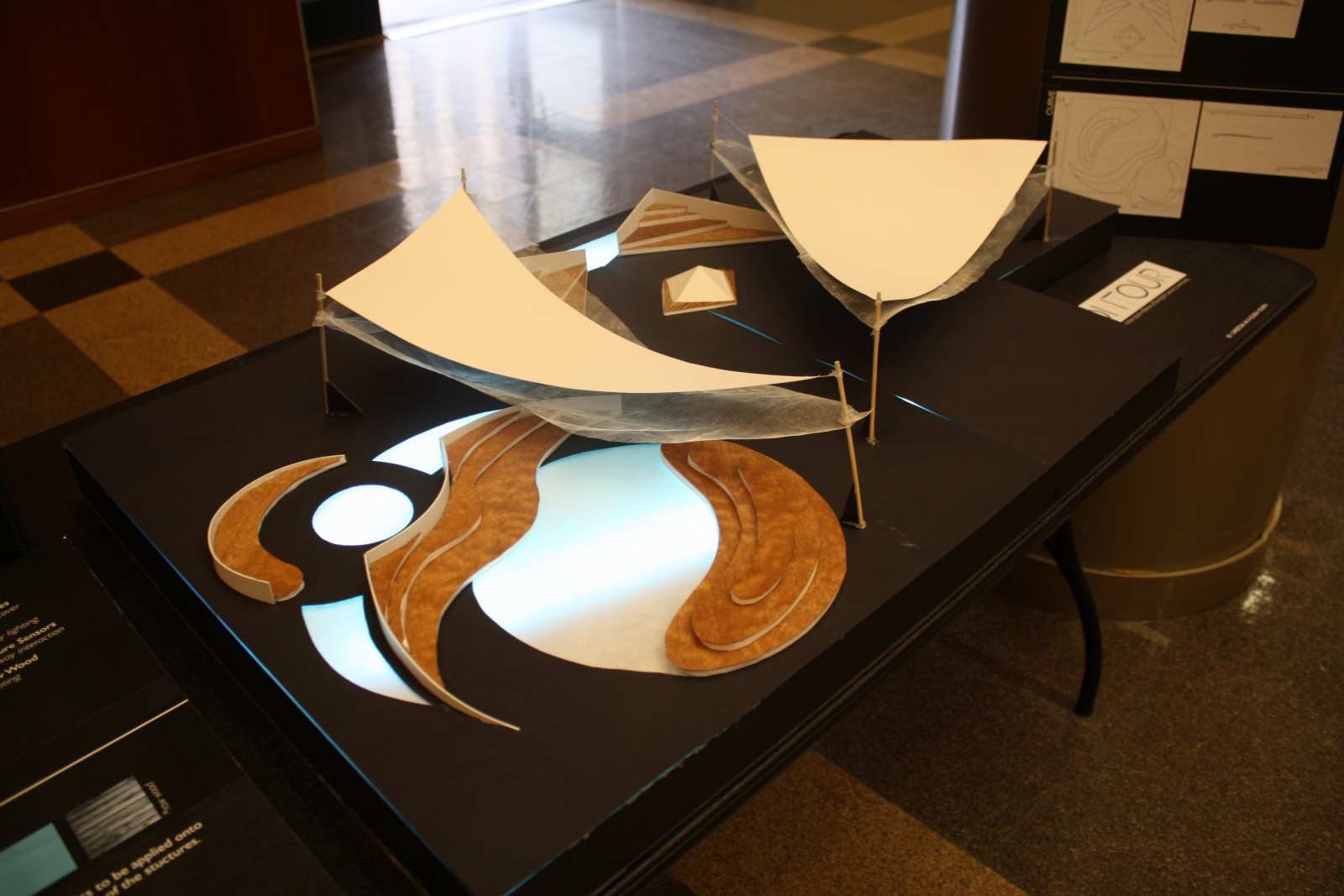 One of the two runners-up, “The Contour” by Christina An & Elissa Yourth imagines an “all-inclusive aesthetic, interactive space reflective of Burlington.”

If you visit that factory (and I hope you will see it for yourself), you will experience the meaning of the efficient machine in a modern garden. Birds sing in the trees, corn grows in neat rows, and the air and water are clean—a far cry from the dirty industrial production of earlier times.

The intellectual capital—the driving force of the twenty-first century—that built this factory is also in evidence in other local institutions.

Burlington is close to North Carolina’s Research triangle park, the University of North Carolina Chapel Hill is 30 minutes away, and Elon University is the fastest growing school in the area. 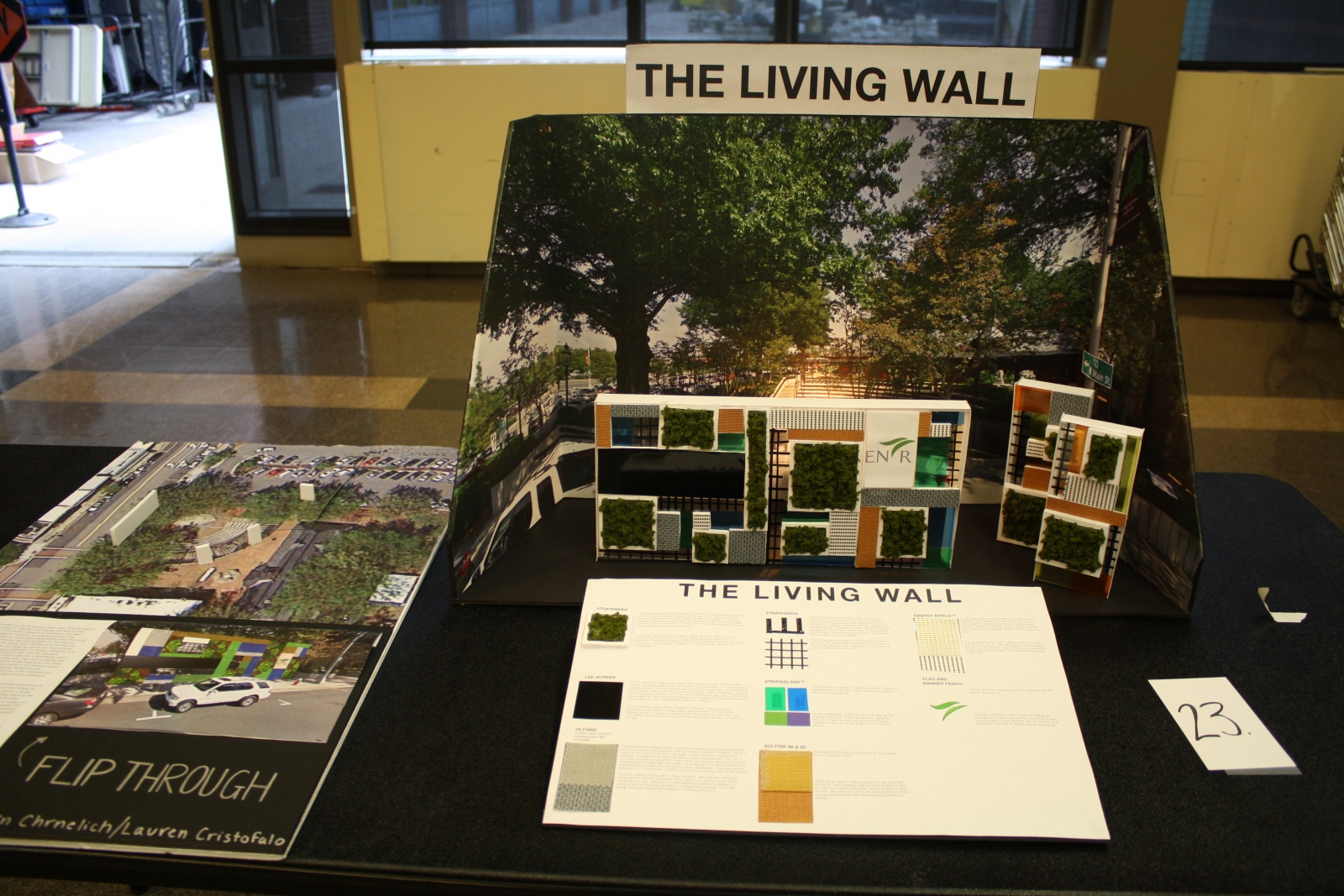 The second runner-up, “The Living Wall” by Lauren Cristofalo proposed a multi-media wall that integrated LED screens and plantings.

And like other smart, progressive manufacturers, Glen Raven has a close relationship with Elon, showing an understanding that academic institutions are key collaborators in solving today’s wicked problems. In fact, these days everyone talks about the benefits of connecting knowledge groups to make the environment we inhabit better, healthier, more creative, more humane.

Today, we will see how your designs express the ambitions of Burlington and help make it Carolina’s central gathering place. This is important work you’re involved in. It’s nothing less than remaking a place to fit the needs of the twenty-first century. And make no mistake—this century is yours to design, to rethink, and remake.