The Office Can Offer Authenticity in a Virtual World

A recent event held at Haworth’s San Francisco showroom gathered workplace specialists to discuss trends in office design, including its ability to create a “counterpoint to our digital spaces.”

Ever work in an office you just couldn’t get anything done in? Thankfully, with the widespread adoption of digital communication tools, many of us can now work anywhere, be it coffeehouses or co-working spaces. Technology has led us to ask: Why should we still be clocking in at brick-and-mortar offices? Turns out, the answer to that question is the crux of office design today.

Typically, Cardone revealed, 50 percent of all employees surveyed by Cushman & Wakefield would rather not be in the office, period. This widespread alienation can become a drag on recruiting, retention, productivity, creativity, and even the bottom line, so, “if this can be shifted, the impact to the business is huge,” she said. Cardone and her team use a variety of increasingly sophisticated survey methods to find out who and what they’re designing for, and how to create the most engaging experiences per square foot.

Cushman & Wakefield’s surveys have found that while some workers make it to the office every morning due to compulsion, others show up because it is more comfortable or convenient: The internet connection is  faster than at home, or it’s cooler in August. Some employees feel a sense of belonging in the workplace, while others find it more efficient and effective to collaborate face-to-face instead of remotely. (“Some people still love to write on whiteboards,” said Cardone, “even coders.”) 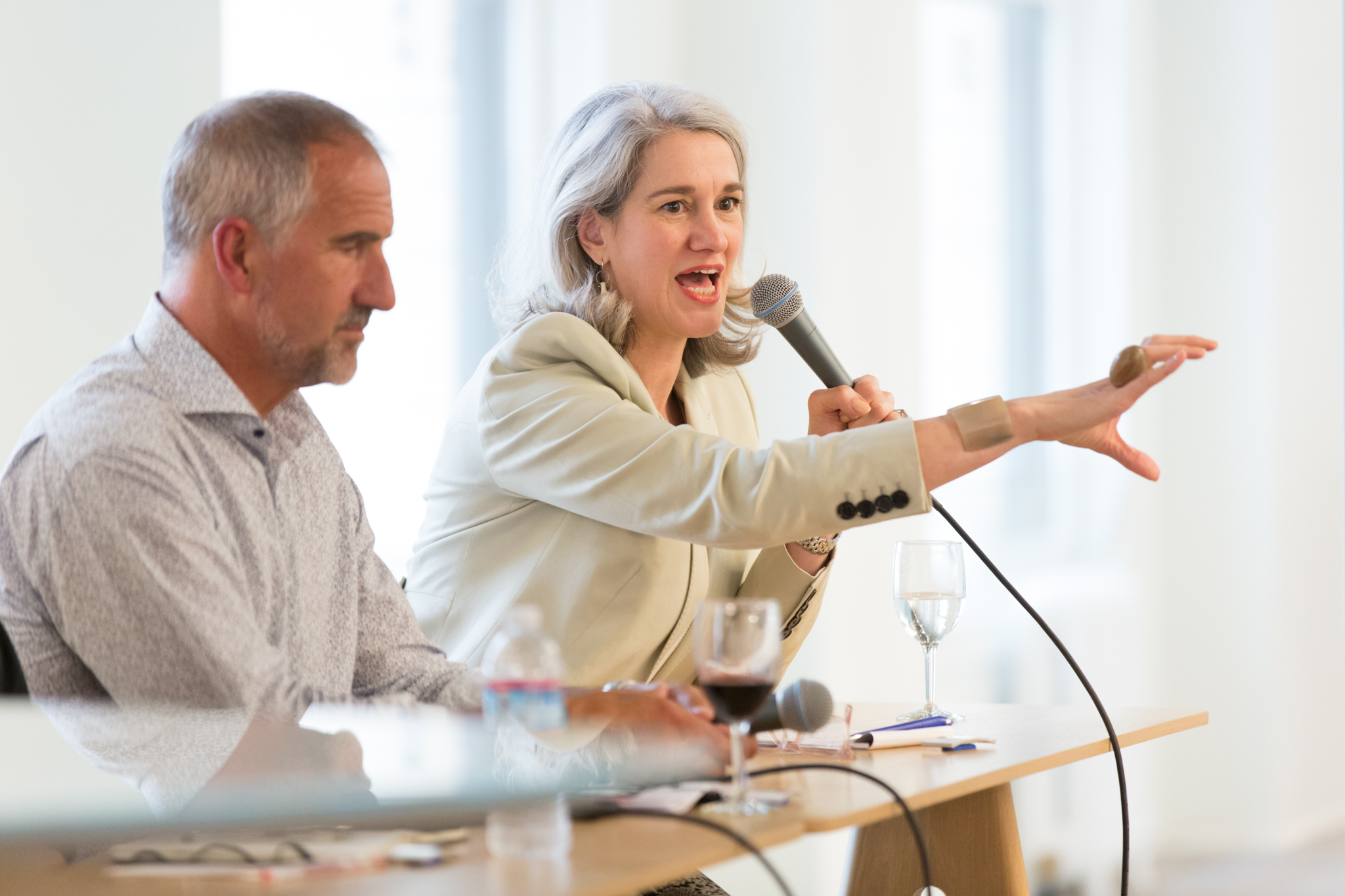 “Twenty years ago, we didn’t have any surveys, only quantitative information and some adjectives,” Forge Architecture’s Erik Ibsen told the audience. “Today, if you’re just talking about how many people are on each floor, you’re missing the point.”

The panelists agreed that office interiors need to do more than just provide spots to work and a series of amenities. Haworth’s Kamran Arshad invoked comedy, to the delight of the audience. He cited UX designer and comedian Sarah Cooper‘s joke: “Ergonomics can protect your body while your soul is dying inside!” In addition to taking care of physical well-being, “Emotional ergonomics still need to be served and offices can serve them,” Arshad said. In other words, it’s about creating meaning and a connection to work, not just offering basic comforts or superficial perks.

In fact, because we’re increasingly reliant on screens and remote communications, the workplace can even offer authenticity in a virtual world, “a real thing,” said Ibsen. “Each project becomes an opportunity to provide a counterpoint to our digital spaces.”

What we often forget is that the workplace can also inspire. During a Haworth project with Microsoft, Arshad learned that many potential hires were hooked by being toured through a makerspace where employees were invited to play creatively and fabricate items having nothing to do with work. “You have to find the equivalent of this ethos for every client you work with,” he said—an ergonomics for the soul.