Hitler’s House: Should We Preserve or Destroy Nazi Icons?

Those who want the house destroyed cite its appeal as a ‘cult site’ for neo-Nazis. Others argue it should remain, to educate future generations about the dangers of radical extremism.

This article was published in partnership with ArchDaily. Find the original article here.

Mankind has a strange relationship with the darker elements of its history. While some argue that we must consign our greatest mistakes to the past in order to move forward, others believe that ignoring, or refusing to acknowledge, our transgressions dishonors those who suffered – and leaves us vulnerable to repeating them. This ongoing debate has found its latest incarnation in western Austria, where the national government has announced its intention to demolish a seemingly unremarkable yellow house in the riverside town of Braunau am Inn – a house which, despite its unassuming façade, has gained infamy as the birthplace of Adolf Hitler.

Braunau’s unfortunate association with the Austro-German dictator began with his birth on April 20th, 1889. The fourth son of Alois and Klara Hitler, he spent only three years in the house of his birth before moving to the town of Passau on the German side of the river Inn. The fact that his residence in Braunau was so brief did little to dissuade fanatics who, longing to see the birthplace of the (who would later be known as) führer, began to elevate his former home in Braunau to that of a ‘pilgrimage site’ as early as the 1930s. When Braunau was occupied by the United States Army in 1945, it was American intervention tha tprevented a group of German soldiers from destroying the recently-deceased German dictator’s former home.

Over seven decades later, most residents of Braunau wish that the Americans hadn’t stood in the way of the house’s destruction. Its presence in the heart of their town is a constant reminder of a legacy that they are ashamed of; that the house has regularly been visited by successive generations of Nazi sympathizers, especially on the anniversaries of Hitler’s birth, is no small source of chagrin. Fears about this trend led the Austrian government to take up the building’s lease in 1972, after which it saw many uses as a museum, a school, a library, and the home of an organization dedicated to assisting the disabled. 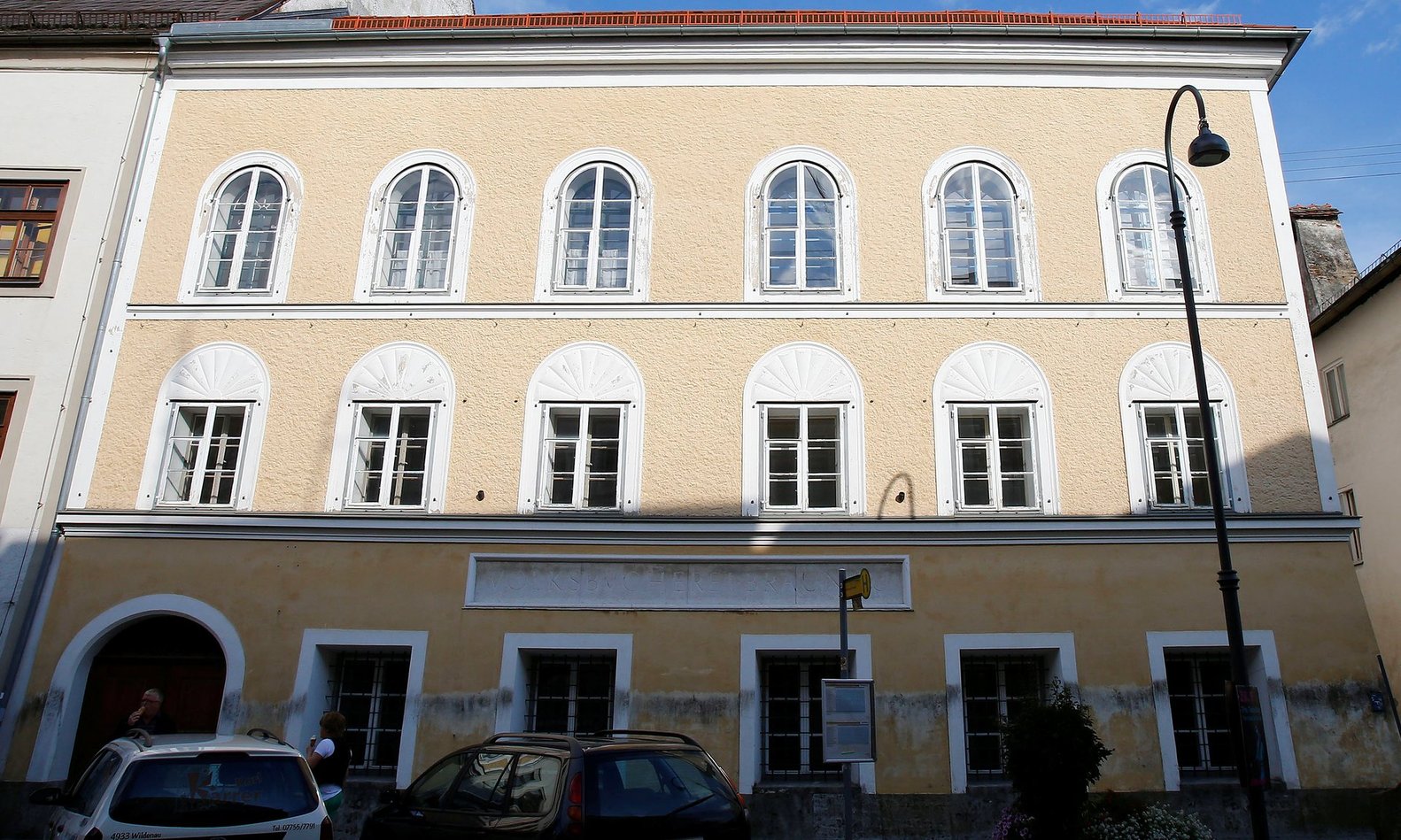 In recent years, however, the house’s very existence has been placed in jeopardy. Continually frustrated by the owner’s refusal to renovate the building, and leery of its status as a de facto shrine to Hitler, Nazism and Fascism, the Austrian government took ownership of the house in July and began deliberating over its possible fate. Although the matter still requires a parliamentary vote, it is predicted that the building will be demolished and replaced by a new structure which will not carry the same association with one of history’s darkest chapters.

The impending decision has fanned the flames of a debate that has not settled since 1945. Those who would rather see the house destroyed cite its appeal to neo-Nazis as an impetus for action, a chance to strike a symbolic blow at those who continue to echo the hatred touted by their idol. “It is my vision to tear down the house,” said Austrian Interior Minister Wolfgang Sobotka, who explicitly mentioned his desire to eradicate what had repeatedly become a ‘cult site’ for neo-Nazis. Others, including Vice Chancellor Reinhold Mitterlehner, would rather see the house turned into a museum that would educate future generations about the dangers of radical extremism.

Hitler’s birthplace is only one of many sites connected to the atrocities of the Second World War to face controversy of this nature. In Poland, the Auschwitz-Birkenau memorial (formerly a Nazi-controlled concentration camp), along with an extensive catalogue of Holocaust artifacts, is under a continuous restoration program in order to maintain the authenticity of the site and, in the words of the organisation in charge, to “warn humanity against itself.” The decision to preserve Auschwitz was not universally supported, however, and even those who do believe it should remain intact are locked in an ongoing debate over the question of rebuilding parts of the memorial which, despite the efforts of preservationists, are rapidly deteriorating.

Another architectural relic of this period can be found to the south: the Palazzo della Civiltà Italiana, a gallery building originally erected to house a national exhibition celebrating the achievements of Fascist Italy under the reign of Benito Mussolini. The exhibition, however, never took place (due to the outbreak of the Second World War) and the palazzo would ultimately remain empty for decades. Although the Italian dictator may not be as infamous as Adolf Hitler, the building’s association with his authoritarian reign led to similar controversy in 2015 when the palazzo was renovated to become the new headquarters for Fendi. The fashion house, along with its supporters, argued that the palazzo’s striking, minimalist architecture was a symbol not of fascism, but of the company’s commitment to its native Italy. Architectural writer Owen Hatherley, meanwhile, proclaimed that while the architecture itself may be aesthetically pleasing, its creation by twisted minds meant that it was, and should be, “tainted.” 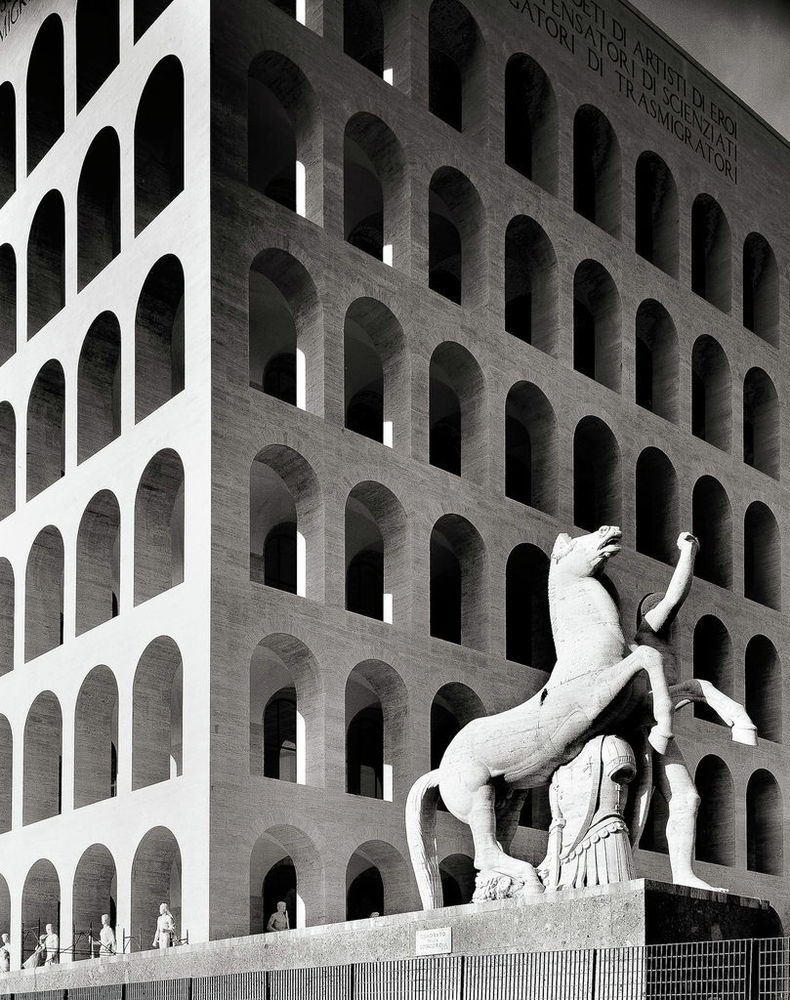 Across the Atlantic, similar debates began almost before the dust settled following the terrorist attacks of September 11th, 2001. Less than a month after the tragedy, people across the United States—and indeed, across the world—began voicing a wide variety of opinions as to just what should be done with the site of the World Trade Center buildings. Some argued that the original complex should be replicated exactly, an idea derided by others as an absurd form of denial in the wake of very real devastation. Although preservation of the original buildings were not possible, the struggle of finding a balance between “moving on” from a painful moment in human history, and respecting the lives lost as a result of that moment, is much the same.

Until the Austrian government makes its final decision, the future of Hitler’s birthplace remains uncertain. Even once a verdict is reached, however, it is unlikely to quell further debate – and may, if anything, simply fuel the fire. Whether the unassuming yellow house in Braunau is torn down or not, the atrocities committed by one of its former residents will not—and cannot—be erased from history. What Austria’s leaders must decide is whether to obliterate a symbol of one of history’s most reviled figures, or to preserve his birthplace as a reminder that his actions must never be repeated.

In front of the house stands a stone bearing a short inscription:

In the end, it is respect of their legacy, not Adolf Hitler’s, that complicates this debate. As to whether that legacy is best respected through symbolic destruction or solemn preservation remains contentious.