Anna Terrón, an expert in immigration politics, offers her thoughts on how European cities can best accommodate refugees.

CARTHA, a non-profit online magazine, recently released an important, and fascinating, special issue. The theme dovetails with that of the German Pavilion at the Venice Architecture Biennale, “Making Heimat. Germany, Arrival Country,” which explored both the challenges and the opportunities for Germany in the wake of the refugee crisis. The issue features interviews and contributions from a multidisciplinary group of experts, including Saskia Sassen, David Harvey, and Alfredo Brillembourg. The following is the interview CARTHA editors Julia Trias, Guillem Pujol, and Pablo Garrido conducted with Anna Terrón, an expert in immigration politics with extensive experience working within the E.U.

Cartha: What experience can you draw from your former or current professional positions with regards to EU urban development projects directed towards the integration of migrants and refugees?

Anna Terrón: According to my experience, local authorities are key actors for migration management. All over Spain, migrants have access to city registers, irrespective of their status. That’s been of the utmost importance in recent Spanish migration history, when millions have arrived in a short period of time. Migrants immediately become city dwellers, and the city is their first space for interaction both with administration and neighbours. The quality of public spaces and public services are key points for newcomers’ integration, as it is for the rest of the city’s inhabitants. Inclusive cities keep public spaces open for all and promote citizen and neighbour interaction. I would see urban development as a powerful tool for that to be done. Cities need the capacity (which includes financial resources but not exclusively) to strategically plan their responses to mobility-caused urban development challenges, such as the provision of public services and proactive accommodation programs for all. However, local authorities are too often neglected by national (and EU) migration governance, which is focused on border issues. Governing migration effectively to address the challenges of mobility and diversity requires getting cities on board.

Cartha: Heimat refers to the idea of creating a “new home” for refugees who have left their familiar environments, stressing the relevance of a successful integration process. Which policies should be included in an arrival city in order for refugees and migrants to identify it as their ‘heimat.’

AT: This is a tricky question. In many cases, refugees have been forced to leave their own ‘heimat’. They’re now just looking for shelter, understanding their own feelings and shaping a new life will take time for them. We all guess they want to stay and they wish to stay, but data shows that a majority of them have it in mind to go back to their cities. It will take time for them to work it out. Having said that, welcoming programs are needed. Housing, child education and healthcare are services that need to be provided on their arrival, while employment is a key point for their social integration. Over these obvious and basic human needs there’s also the need to feel safe and to feel at home, as you suggest. A proactive public policy is needed for that to be achieved. An intercultural strategy can be promoted both by local authorities and civil society for newcomers to be part of the community. Avoiding isolation and promoting participation and interrelation between newcomers and the host society is important for social cohesion. An example of this can be found in the anti-rumors strategy tested in Barcelona and now being developed in other cities. The strategy is making a difference for both newcomers and residents in being an active part of the integration process.

Cartha: The world is undergoing a process of rapid urbanization. In 1950, less than 30 per cent of the world’s population lived in cities and towns. That figure is expected to reach 60 per cent by 2030. How is it possible to conceal this phenomena in urban areas with important unemployment rates?

AT: Cities can take advantage of migration, as they’ve been doing so for centuries. Migration has always been the driving force for cities to grow. The journey from rural areas to cities was first happening at national level and today it is an international phenomenon. Jobs are not there waiting for newcomers, as they never have been; local communities have to take advantages of increasing populations to create new economic activity, for the mutual benefit of newcomers and all the local community. Local authorities can promote it. Increasing diversity should be an asset for the city’s position in the global economy of people constantly coming and going.

Cartha: It is argued that illegal immigration should be combatted by opening up legal channels for entry. The benefits of this ‘legalising’ are obvious for the migrants themselves but how could this strategy also benefit the host country?

AT: Migration is the oldest human strategy to improve own life conditions and to give the best expectations to descendants. Globalisation is fueling it, people mobility is an increasing phenomena in the global world. Like it or not, it’s there. We can manage migration or just let it happen. Managing migration is not only about border control. Managing migration means legal channels for entry and accommodation, and that’s very important for hosting countries. It is about labor market and social policies, cities and housing, education, economic policies and economic strategy in the global market. The paradox of anti-migrants is that they do not prevent migration from happening, they worsen the conditions in which migration processes take place and they increase social tension related to it. Managing migration in a multilevel strategy which goes from local to international level is a more sensible option as long as it benefits host countries and countries of origin as well. 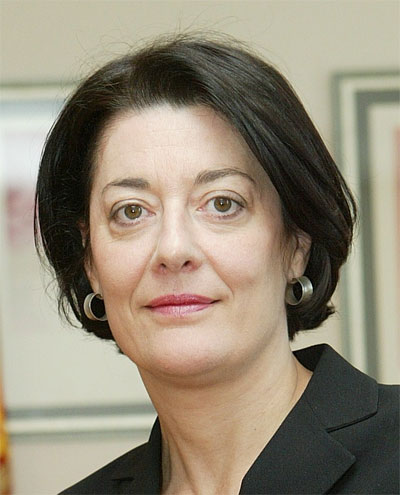 Cartha: Beyond the need for EU Member States to comply with EU regulations and policies, you advocate for the need of an integrated immigration policy and reform of the common asylum system. What would this imply and what would be the benefits for refugees?

AT: This so-called Common Asylum System does not establish a European framework for refugee protection, but instead represents an internal agreement concerning which country should examine an asylum application and under which criteria, and how it should ensure protection is offered in its territory when the application is approved. In other words, the European response to the international obligation of protection and asylum is rerouted to the national sphere and limited to a single default country. Without violating the division of powers, it is possible to go much further in the construction of the common asylum policy provided for in Title V of the Treaty on the Functioning of the European Union, which governs the Area of Freedom, Justice and Security. Moving towards ‘more Europe’ means breaking past taboos and daring to establish a real and commonly governed European asylum system. This system could detach the review process for asylum applications (conducted according to pre-agreed criteria and procedures) from effective access to one or other (sub) systems of national protection. The question of where this right of protection would become effective could be determined later, and the joint responsibility of the different member states should be added to the list of determining criteria, and taking into consideration the cities and local authorities, which have a key role in welcoming and accommodating refugees. Such a system could eliminate incentives for non-compliance in countries and encourage newcomers to immediately apply, allowing better management of flows and avoiding secondary movements which engender serious repercussions for both newcomers, particularly the most vulnerable, and the larger society.

Cartha: ‘Terrorism’ and ‘radicalism’ are being increasingly related to migrants and refugees. What role do you think arrival cities can play with regards to this perception?

AT: Perception is very important on migration issues, as it is on every single issue likely to be extremely divisive, in terms of ‘them and us’. It is very easy to amalgamate in a toxic narrative elements like migration, religion, and terrorism, whether the connections are proven or not, and even if causal relations cannot be established. Nonetheless, populist and xenophobic movements make the case for this relation in a very effective way and with a very dangerous outcome: they create new problems and do not solve the ones they pretend they are addressing. Internal and external security policies need to be developed at EU and international level to protect all of us. We do not have room here to develop this point. Just let me add that besides security policies, social action is needed to engage citizens, including newcomers in isolating terrorists, and terrorism as an option, especially among young people. Pretending they’re all potential terrorists and representing them as such is precisely the wrong approach.

Cartha: Different concepts are used in order to describe different types of forced migration processes, such as economic migrant, environmental migrant, illegal migrants or refugees. What consequences do you think these differentiations entail?

AT: From a legal perspective, there are two main regimes, economic migration for which states have discretionary power, and asylum, which falls into the sphere of rights protected by international legislation. I’m well aware that there’s a thin line dividing both categories, but I do think we must keep a privileged regime for those in need of urgent and effective protection under the Geneva convention. That does not mean keeping migration on the dark side. As I said, we must manage migration. The so-called ‘illegal migrants’ are not a category at all, but we should discuss and cope with the fact that a number of asylum seekers and migrants will fall out of both categories. When repatriation is not an option we should fnd a way out. Protracted situations of legal limbo are dangerous for migrants in such situations and for hosting societies. Cities are especially concerned by this, as they have neighbours not recognized by the State but effectively living there.

Cartha: While it is argued that an efficient public transport service could help to undermine the risk of social exclusion of migrant and refugee communities, what other measures could be implemented in this regard?

AT: I do think migrants should be seen in a city just as residents and neighbours are. The more the city and its urban public space promote inclusiveness and cohesion for all, the more it will ease integration processes. Over the very short term welcoming strategies to remove barriers and obstacles, all residents should be included in local services planning. In that sense, I do not think multiculturalism is a good strategy for local integration strategies, understanding it as a set of ‘communities targeted’ public policies. The existence of high quality services and inclusive public spaces for all is the relevant question. Indeed, a proactive policy is needed to accompany newcomers on their way to effectively becoming city dwellers, that meaning public policies aimed to remove barriers for them to get access to services and to public spaces, making intercultural relations possible.

Anna Terron has served as Secretary of State for Immigration of the Government of Spain and Secretary for the European Union of the Generalitat de Catalunya and the Catalan government delegate to the European Union. She has also been a member of the Committee of the Regions, as spokeswoman in the Commission for Citizenship, Governance, Institutional and External Affairs. For two terms, she was MEP, serving as spokeswoman for the Socialist Group in the Committee on Freedoms and Rights, Justice and Home Affairs.