A two-thirds scale replica of the structure that once stood in the ancient town of Palmyra, Syria was unveiled in New York this week.

A 2,000 year-old triumphal arch is standing in front of New York’s town hall.

Deputy mayor Alicia Glenn, together with the director of the Institute for Digital Archeology (IDA), Roger Michel, unveiled a two-thirds scale replica of the structure that once stood in the ancient town of Palmyra, Syria.

The original arch was destroyed by ISIS in 2015, when the extremist militant group got control of the city and initiated a propaganda campaign to destroy its famous archeological heritage. In March of this year the city of Palmyra was reclaimed by the Syrian government.

“This is first and foremost an act of solidarity—and an act of defiance,” said Glenn. “What could be more appropriate than to have this symbol of freedom in front of City Hall?” she said.

After the destruction took place, the Institute for Digital Archeology, in collaboration with the Syrian government’s director of antiquities, decided to work together to build a replica of the arch.

This isn’t the only attempt to rebuild Palmyra’s famous monument. In May, architectural historian and professor at MIT Azra Aksamija, rebuilt the arch using thousands of plexiglas pieces, each with a small image of a monument lost in conflict and chosen by an individual around the world. To ensure the durability of the installation, every plexiglass piece is marked with a bitcoin address–an encrypted message that stays in the deep web even after the physical installation disappear. The arch in its virtual form is basically impossible to destroy. 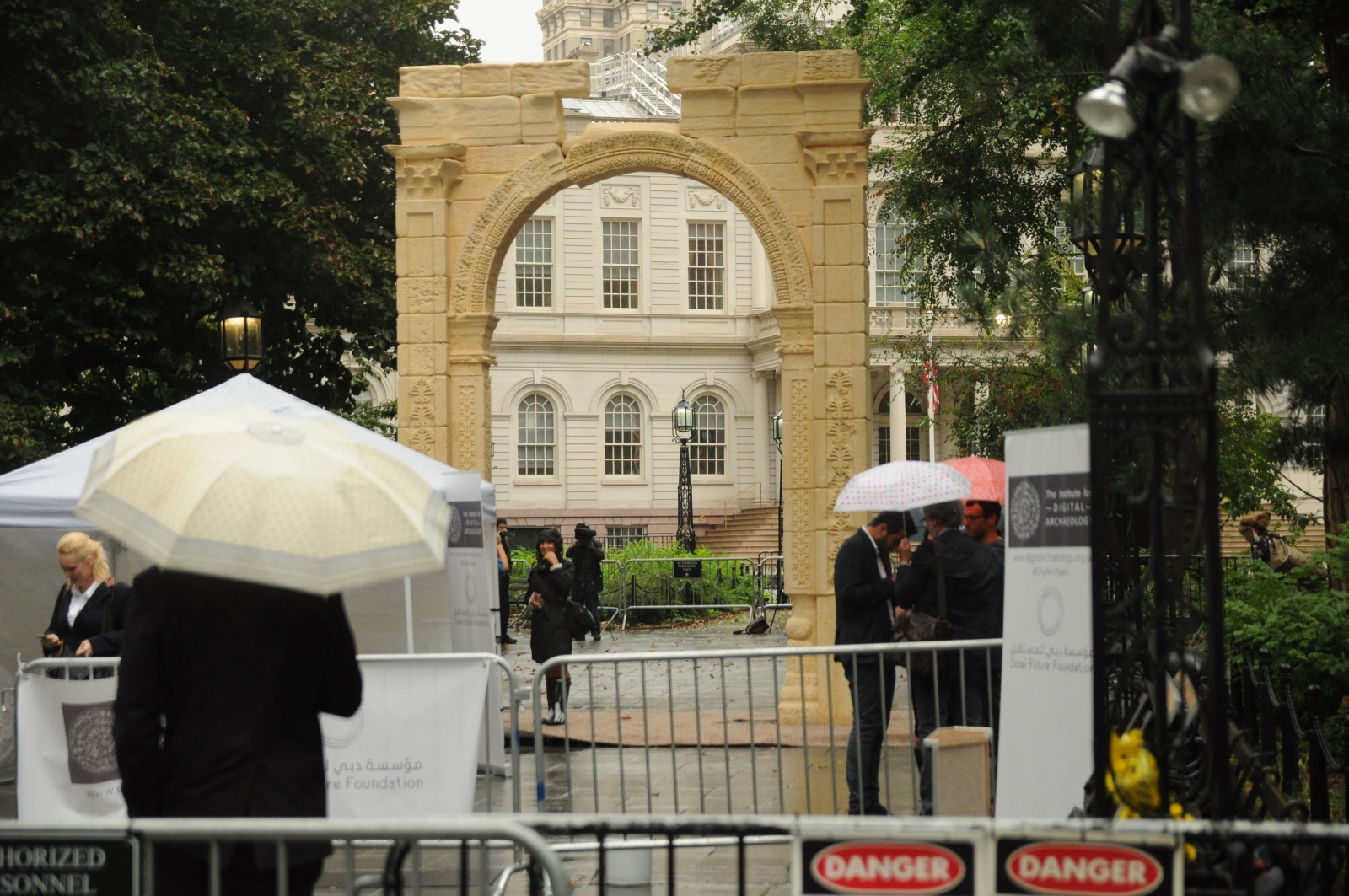 The 30,000-pound replica outside New York’s City Hall presents an incredible amount of detail—even the slightest little crack has been loyally reproduced. IDA used thousands of pictures to create detailed 3D models of the monument. It then commissioned a high-tech carving company based in Carrara, Italy, to manufacture the 25-foot arch out of Egyptian marble, the stone that best resembles the original material. An AR/VR installation around the arch completes the experience, giving visitors a chance to explore the city of Palmyra with smartphones and tablets.

The IDA director is confident that with the 3D modeling and printing technology used to rebuild the arch, many more monuments could be similarly reconstructed.

However, there is an ongoing discussion on what is the best approach to reconstruction.  The question remains: can a replica, even the most perfect, replace a monument imbued with 2000 years of history?

According to Michel, when it comes to architecture’s symbolic value, the answer is yes. The director pointed out that when the arch was first exhibited in London in April, Syrians who never visited the arch in Syria travelled across Europe to go to see it. Michel referred to the arch as having a “double dimension” of meaning for visitors; not only could they have a “personal relationship” with the architecture, but experiencing it will make them feel “closer to a community.”

The arch will be standing in front of city hall for a week before heading to Dubai and then eventually to a final location in the Middle East still to be determined. 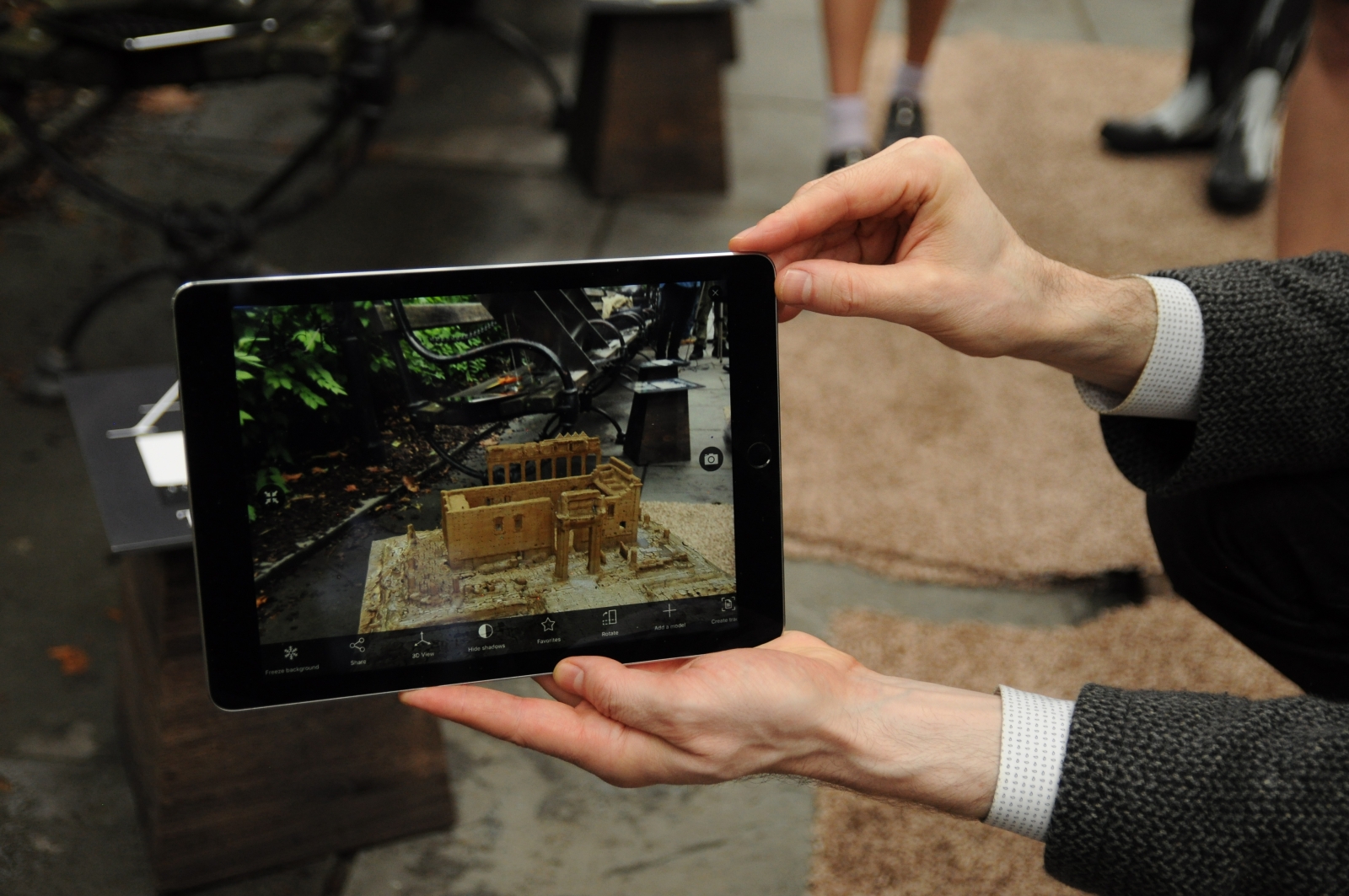 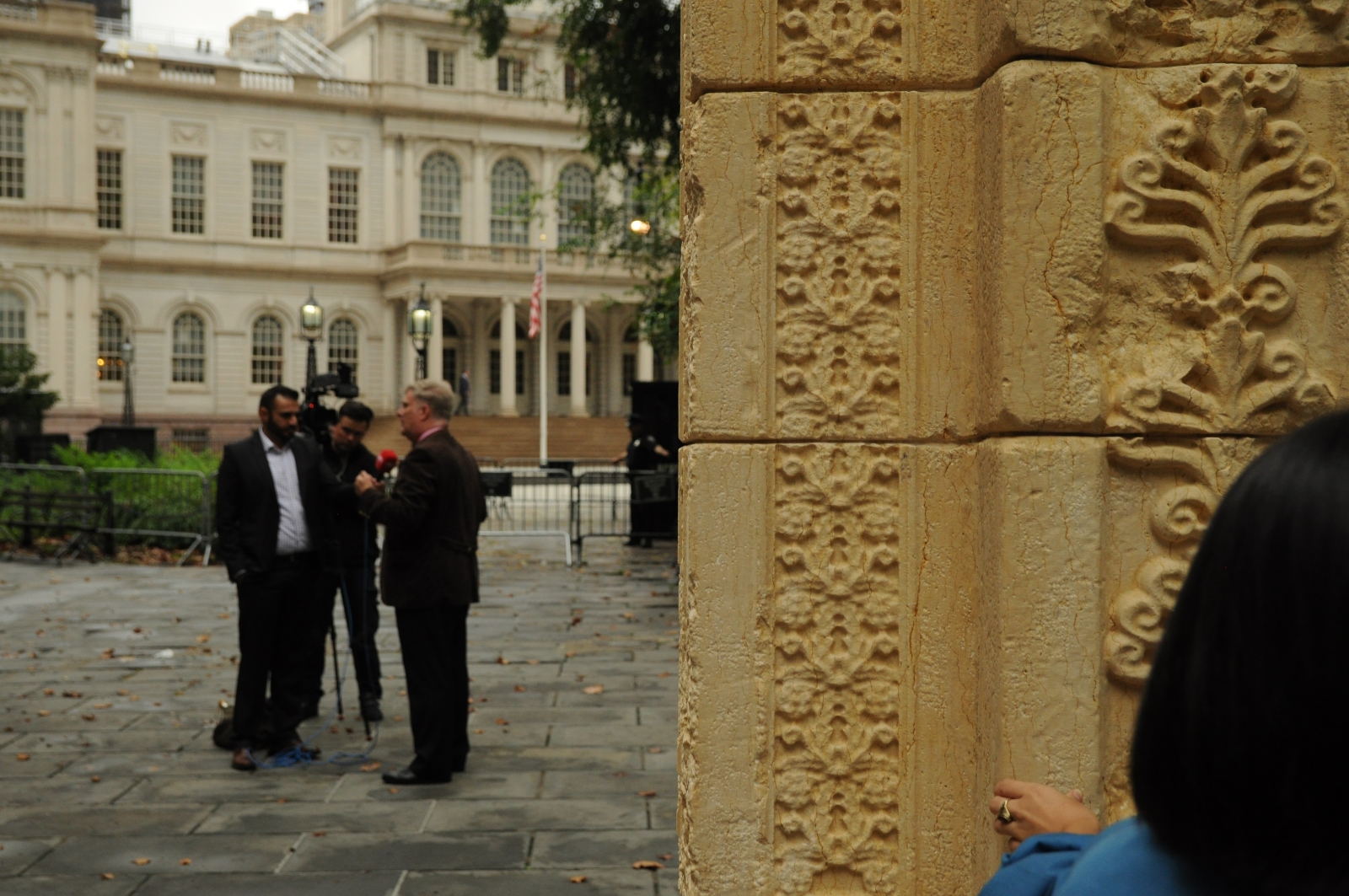