A new commemorative timeline reveals how Apple sees itself and the creative people that use its products.

Late last week, to celebrate the thirtieth anniversary of the Macintosh computer, Apple released a clever timeline of the 30 Most Influential Mac users, starting in 1984 with Steve Jobs. The list actually begins with the computer itself, but that’s accompanied by the now famous photo of a young and impossibly rakish-looking Jobs, perched on his Mac, almost cradling it like a baby. Readers can then click or scroll through an immaculately conceived and curated timeline, complete with elegant black and white portraits and short pithy bios, that features inventors, designers, artists, composers, musicians, doctors, educators. It’s a fascinating list—as interesting for who’s on it, as it is for what it reveals about how Apple perceives itself—and an extremely smart piece of branding, because it celebrates the end user of the product with a powerful soft sell message: They did it, we enabled it.

As you might expect, the design world is well represented on the timeline. April Greiman (the first woman of just five on the list) appears in 1986, justifiably celebrated for her early and audacious embrace of digital technology. John Maeda pops up five years later as a pioneer in “merging liberal arts and technology,” and he’s immediately followed by graphic design bad boy David Carson, whose wild work could only have been done with the aid of this powerfully disruptive new tool. The first architect (and only one on the list) does not appear until 2005.

It’s Jürgen Mayer, a fine choice I suppose, but by that late date Apple could have picked 50 other architects as digitally attuned, if not more so. Never mind: quibbling and arguing with lists like these is precisely the point of them. The final piece of the timeline—2014—features the New Mac Pro with the headline “Creating the Future.” It’s a not-so-subtle reminder that, having presumably clicked all the way through, we were in the end looking at an ad. An absolutely clever and diverting ad, for a product that has undeniably reshaped cultural history, but whose future in a post-Jobs, fractured universe of infinite options, remains as uncertain as everything else. 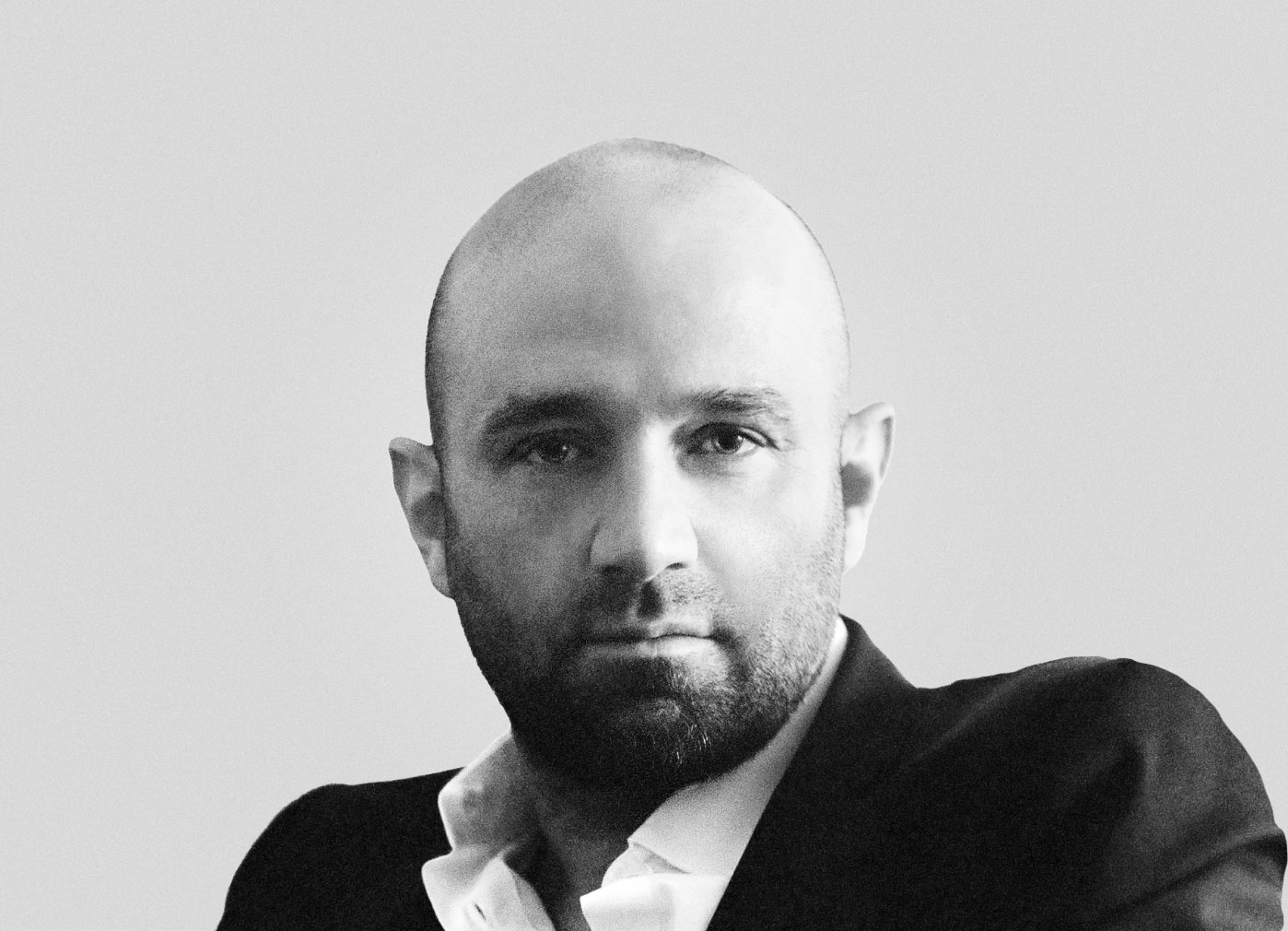 Jürgen Mayer, one of Mac’s 30 “heroes”—the only architect on the list. He joins designers April Greiman, John Maeda, and David Carson.