Can We Afford to Leave Locals Out of Urban Regeneration?

“Can we afford to leave massive groups of people out of urban regeneration?” asks Metropolis editor in chief and publisher. 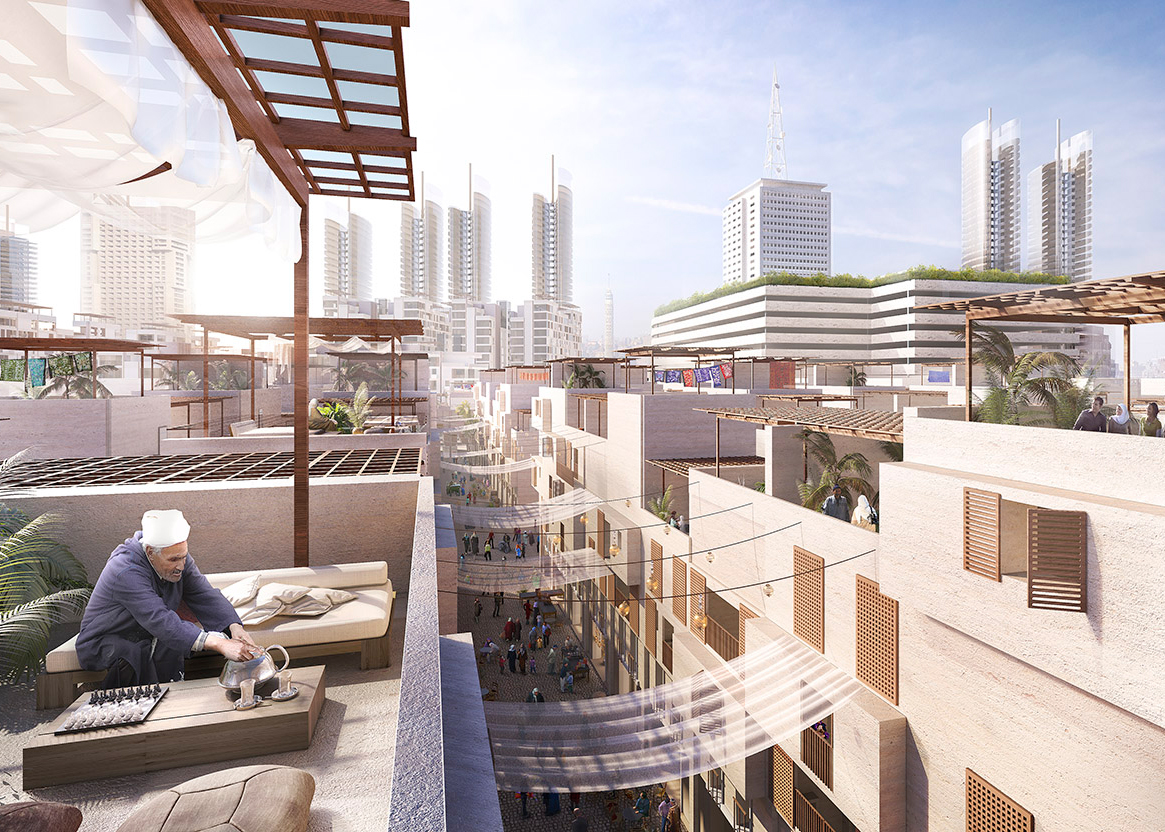 Designed by Foster + Partners, the Maspero Triangle District planned for Cairo, Egypt promises to turn the delapidated neighborhood into a “highly desirable destination.”

“Where are we in this picture?” asks a workingman in Cairo. He’s looking at glossy images of Norman Foster’s glass-and-steel mega plan, expected to “set a benchmark for urban regeneration,” as The Guardian reported during last December’s holiday season. The skyscraper extravaganza, proposed for the Maspero Triangle District in the Egyptian capital on the Nile, will have a lagoon festooned with “cafes, restaurants, and shops” and is promoted as a “highly desirable destination,” noted the paper. It seems designed expressly as a magnet for the wealthy who jet to their super-sleek high-rise condos in world cities around the globe. Those who lead ordinary lives, make a living, provide essential services and skills—who, by their very presence, give cities their unique human texture—don’t seem to be part of the grand plan. The man on the street read the future of his Cairo neighborhood correctly.

I read this Egyptian tale after returning to my own world city, New York, a place well known for its ability to snag global wealth. The memory of my Mediterranean vacation warms my thoughts as I flash back to sunny days in Valencia, Spain, a walking city where tourists mingle with locals on the wide sidewalks in the newer districts as well as in the commodious plazas, with their bubbling fountains and dignified statues from another time. Here is a city where avant-garde design thrives in close proximity to remnants of the Roman Empire, the Renaissance, and the 19th century—all built by and for the wealthy. Yet, perhaps because those societies needed the tradesmen’s skills, cities were built to accommodate the working people, albeit in very modest and often impoverished neighborhoods. Now, we build for exclusion.

I keep thinking about the textures, colors, smells, and sights produced by the amazing variety of people we come across in teeming cities such as Valencia, Mumbai, and my hometown. Without these men, women, children, and pets, urban street life is a dull affair. Yet this is what those involved in massive re-urbanization seem to have forgotten. They might benefit from experiencing a city like Bangkok, where I had a moment of realization during a vacation a few years back. There, in an elevated, tightly guarded, air-conditioned, overlit, sprawling luxury mall, I encountered a few patrons clad in exorbitantly priced clothing and jewelry. They were safely removed from the bustling streets below, where everything else human happened: cooking, eating, making things, making deals, connecting. Fancy labels versus real life—the choice is ours. (For another example of this sad phenomenon, read Metropolis editorial and brand director Paul Makovsky’s Q&A with Luc Sante on what a sanitized Paris has lost.)

One night in Valencia, I heard a song through the open windows. The sound of male voices reverberated from the narrow, cobblestoned medieval street, lined with town houses and former palaces with large arched windows. A dozen or so young men, walking briskly, were singing a lively Spanish song. I didn’t understand the words, but it doesn’t matter. I can still hear the joy in their voices. I doubt that a sterile, neutralized, controlled environment could ever encourage spontaneous encounters like that.