Lowline Lab: A Placeholder for an Underground Park We May Never See

While it may be unlike anything you’ve ever seen, the Lowline still has a way to go. 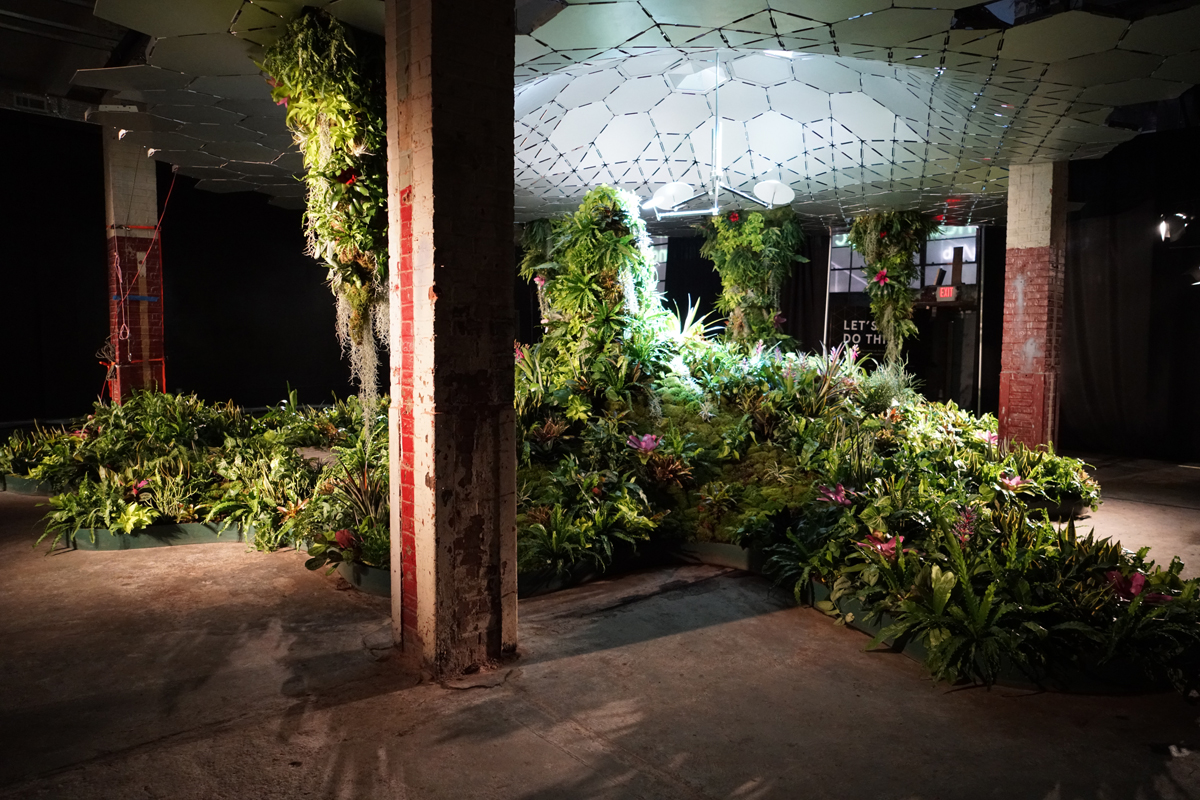 As billed by its creators, the Lowline will be the world’s only subterranean park when it opens in 2020.

The split between the city and the countryside isn’t quite the lightning rod that it once was. This categorical divide sparked the imagination of 19th-century utopian planners and property developers and inspired the picturesque metropolitan parks we often take for granted today. Melding elements of the town and the country, the rus-in-urbe ethos drove the design of these parks, and that spirit lives on, most fantastically in New York’s Central Park, but also in the more modest (and commonplace) parks where bucolic expanses of green lawn suffice.

Whatever its origins, we all know what a park is and what it’s for. What, then, to make of the Lowline, the underground pocket park proposed for Manhattan’s Lower East Side? What, beyond swaths of vegetation, does it share with our inherited notions of parkdom? Initially proposed in 2011 by non-architects Dan Barasch and James Ramsey, the Lowline captivated New Yorkers when the first renderings of the design appeared across the media spectrum, and the project rode a wave of fawning press and an incredibly successful Kickstarter campaign to the 2012 installation Imagining the Lowline. The latter was an early proof of concept of the Lowline’s heliostatic technology and its ability to nourish plant life—in that case, a spongy pea-soup mound of ferns and flora, meekly crowned by a single tree—in a context where it shouldn’t thrive. It also tested out the initiative’s commercial potential as a venue for fund-raising dinners and a pit stop for trendy food trucks.

A second Kickstarter came and went last summer and raised even more funds than its predecessor, drawing almost $225,000. “We were at a stage where we were building something public,” says Barasch, previously vice president of PopTech, an ideas-conference series. The sum was put toward the Lowline Lab, a second installation intended to further Barasch and Ramsey’s cause, but “with a much more sophisticated scientific approach to the thing we’ve been designing over the course of the last couple of years.” The approach, developed by Ramsey, a former NASA engineer, received a boost when a South Korean technology company, SunPortal, joined the project in 2013. The collaboration begat a new prototype of the remote solar hardware at the heart of the Lowline proposal. Complete with costly hand-polished lenses imported from Germany, the retooled optics system preserves the Archimedean aspects of the very first scheme, with its rooftop light collectors and refractors, but gives it greater rigor, mainly due to a better light plumbing system that focuses, filters, and redistributes sunlight throughout the 5,000-square-foot space.

The Essex Street warehouse where the Lowline Lab is housed through March is a stand-in for the abandoned trolley station beneath Delancey Street, the eventual site of Barasch and Ramsey’s park. The exhibit realizes a fragment (nearly 5 percent) of the Lowline’s total projected acreage, which is hardly enough to give a sense of the final project, but is a large enough petri dish to test the viability of growing and maintaining plants in spaces deprived of direct sunlight. Visitors pass through subway turnstiles and file past a small exhibit comprising the same screwy, overly polished renderings we’ve seen before, and a few explanatory diagrams we haven’t. Glowing tubes of refracted sunlight are suspended from the ceiling but do little to illuminate the room, which has been intentionally darkened to foreground the spectacle in the adjacent hall. Here, you get an eyeful of what Ramsey bills as “unlike anything else that has ever existed in the world.” He’s only half right—the light-delivery system is genuinely innovative, but the display is a cross between a corporate atrium, a botanical garden, and the Rainforest Cafe.

The plantings, designed by Mathews Nielsen Landscape Architects, are appealingly variegated, a plucky mix of arrowhead, lemon balm, mint, thyme, and strawberry plants, each requiring different levels of light. Ferns and ground cover fill out the vibrant picture, which is spoiled by the artificial topography—an asinine and clumsily executed miniature of Arizona’s Antelope Canyon apparently—and the silly stalactite/stalagmite elements that do little to enliven or aesthetically advance the idea of an underground park. Light doesn’t seem to pour in so much as leak out from the overhead canopy, which supports a series of lenses and reflectors while also providing coverage for the peering peoploids below. The form of the canopy is worked out in a tessellated manner that is plainly dated, signaling that little has changed, design-wise, since the project’s unveiling over four years ago. This brings to mind a fundamental vulnerability of the Lowline Lab and its foregoing exhibit: The architecture is merely a placeholder, a flimsy superstructure that is subject to dramatic change and revision ending the further refinement of the technology and the results of the organizers’ fund-raising efforts. Architecture, it seems, will have to wait.

Critics point out that, under the sci-fi veneer, the Lowline—or, rather, its partial stagings—offers few of the joys or amenities provided by conventional urban parks and greenways. The same, of course, could be said about the High Line, which stretches the definition of a park to its limits. Yet, even the High Line is readily public, easily accessible, and, as an idyllic perch for taking in scenes of urban life, often thrilling; by contrast, the Lowline will require pedestrians to descend into the city’s bowels and, once there, contemplate a landscape whose splendor will diminish after repeated visits, precisely because it lacks a countervailing force (like a view). And so the picturesque sublime that pervades our best city parks, the ones that sustain the fiction of an urban-rural continuum, is impossible here. Rus in…where, exactly? 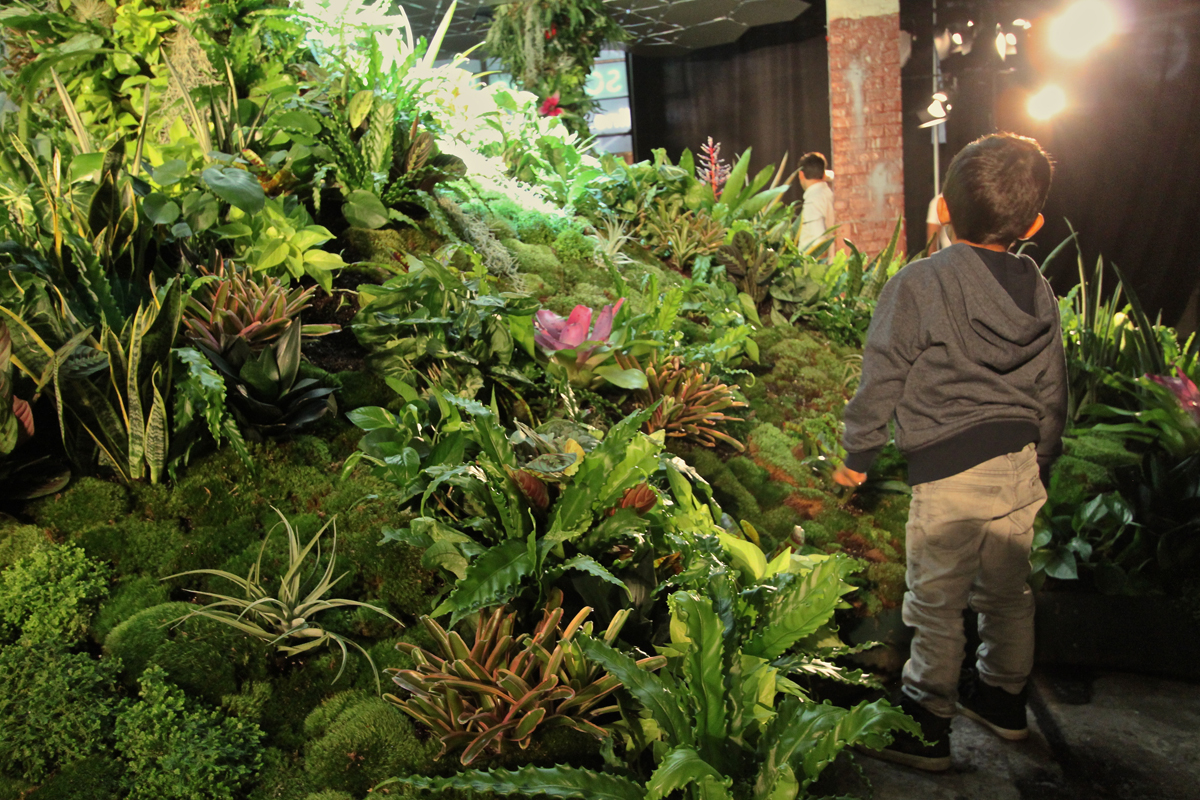 A small piece of the park, which uses innovative remote sunlight technology to sustain plant life underground, can be experienced at the Lowline Lab exhibit (above and below) in New York. 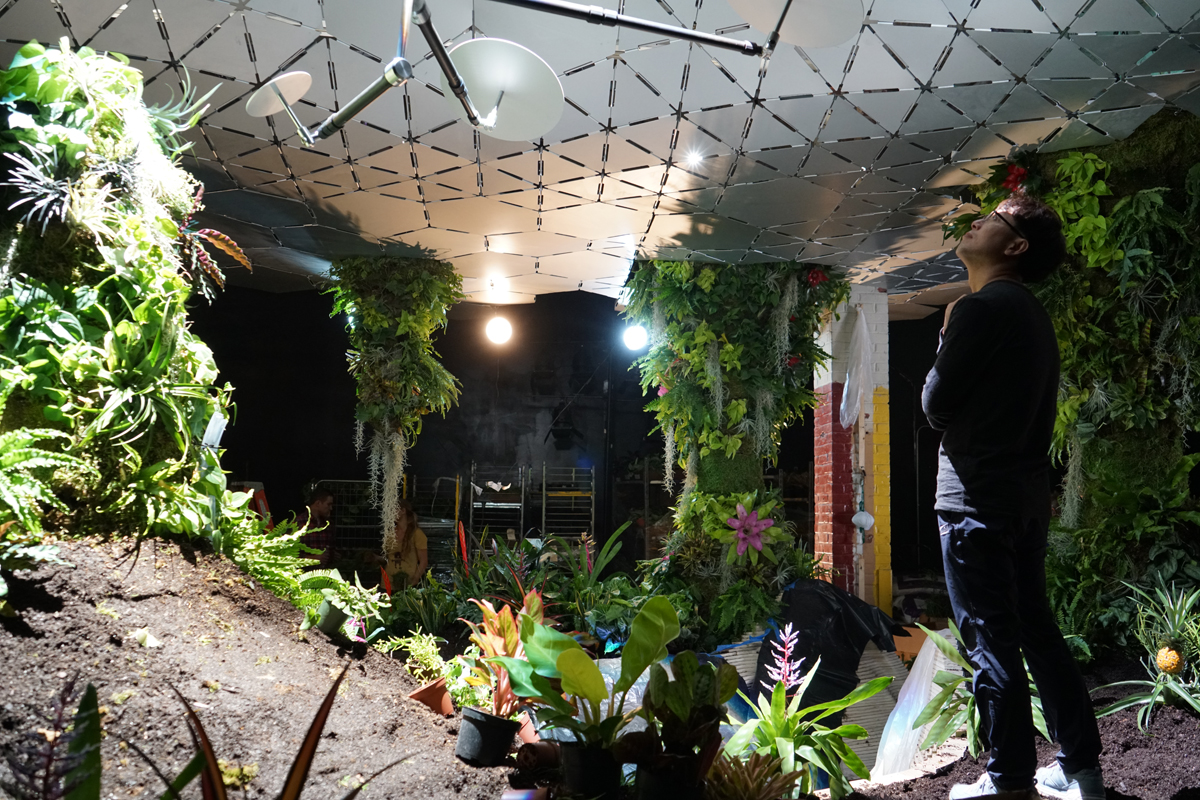 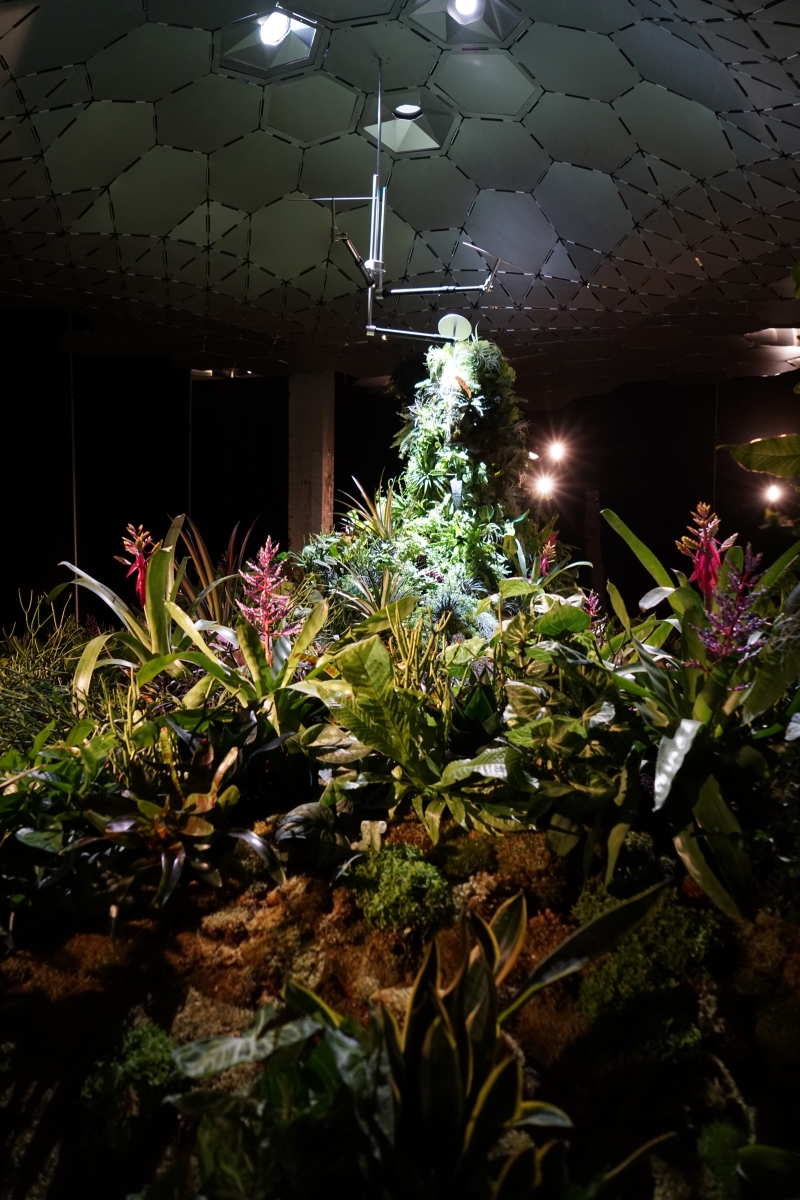