Modernist Minimalism and Our Relationships with Our Buildings

The eighth installment of the ten-part Biophilia and Healing Environments series shows how our evolutionary heritage helps us see buildings viscerally, and not as intellectualized abstractions.

There is a biological reason why some structures “speak” to us in spite of cultural differences and technological changes. They have in common very specific symmetries that we are hard-wired to prefer. Ann Sussman and Justin Hollander (2015) observe that animals prioritize faces over all other patterns in their interpretation of visual cues. This is a consequence of evolution. Detecting mood changes in the expression on a cavemate’s face may be even more important than noticing the spots of a leopard moving in a field of tall grass.

Researchers have identified a figural template in the brain that picks out upright, face-like patterns in what we see. We subconsciously see faces first, including symmetric patterns resembling faces in the façades of buildings. Understanding face perception in the brain, and our highly developed intuitive ability to read subtle cues in actual faces without even realizing it, explains many things. A building of expressive design speaks to us more vividly than a building with a blank façade (or one that is twisted). Our evolutionary heritage helps us see buildings viscerally, not as intellectualized abstractions. 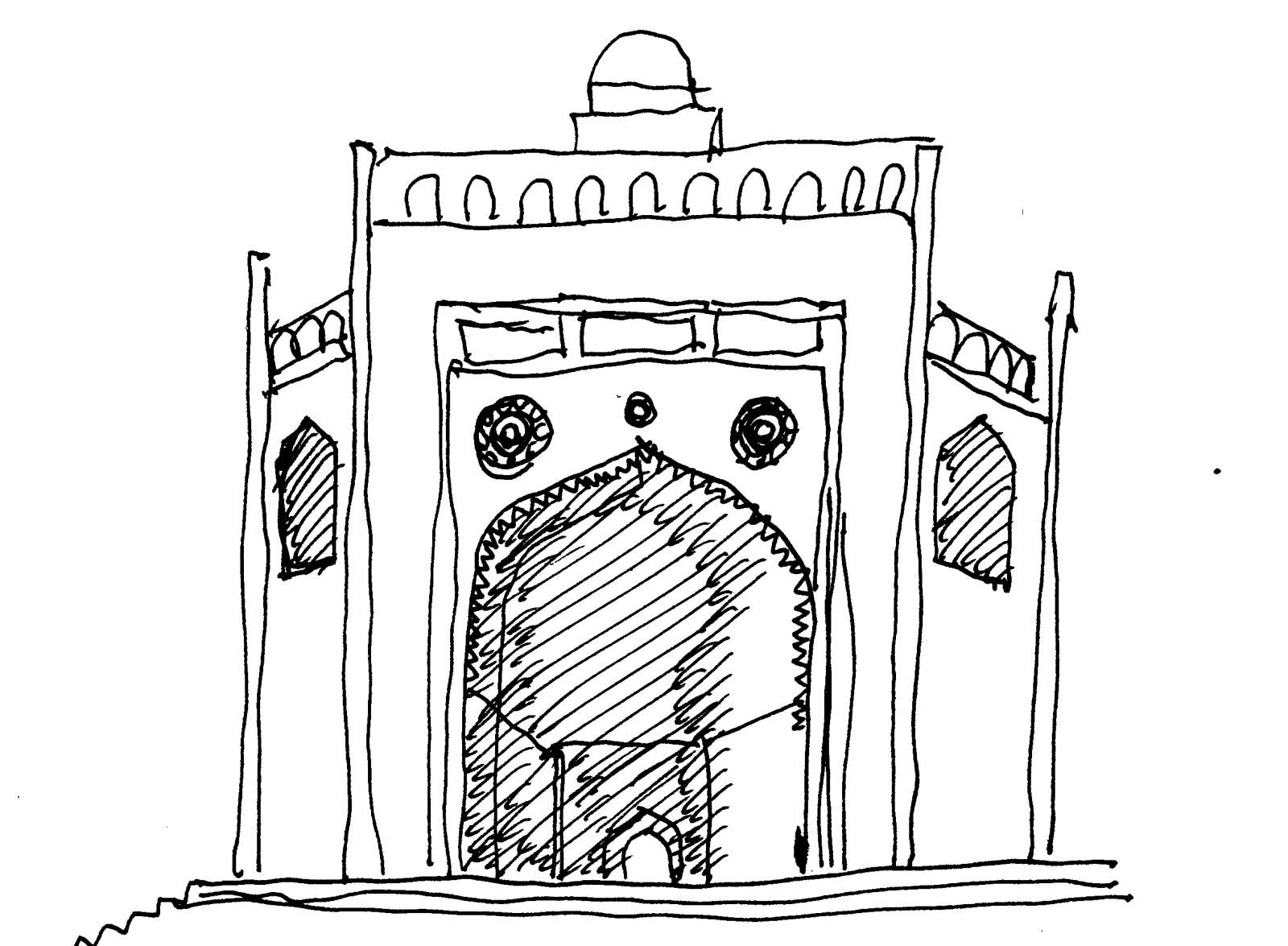 Mathematical information, in the form of visual patterns, ordering, symmetries, and other mental organizing systems, strengthens the coherence of the emotions in our lives. The reason is that our survival mechanisms are tuned to relax upon feeling the influence of certain patterns and symmetries characteristic of an accommodating environment, and conversely, to feel threatened by danger when those properties are absent. Contrary to what architects are taught, the body’s response to mathematical patterns is visceral: it is not intellectual — we do not “think it through” (Lakoff & Johnson, 1999; Salingaros, 2006: Chapter 7). The point is that our visceral reaction is instinctive and automatic: we can override it to superimpose a learned artistic preference on parts of our thinking, and many in our society do, but that does not change our bodily signals in any way.

We should use this knowledge to catalogue the sources, in our natural environment, of the most positive emotional states that humans experience, then recreate them in our built environment through biophilic design. The result would be a breakthrough in architecture (Browning et al., 2014). To apply biophilia and living patterns to enhance our emotional and physical health is to apply nature’s lessons to enhance the creativity we bring to bear on our architecture. Traditional design practices intuitively incorporate this understanding. In scientific terms, they represent an interactive systems approach that long predated the industrially motivated effort to isolate human intellect from the feedback loop provided — for free! — by nature and the physical world.

Biophilia is the human instinct that favors living things. In After Progress (2015), John Michael Greer defines the antithetical phenomenon of biophobia as a “pervasive terror and hatred of biological existence that forms the usually unmentioned foundation for so much of contemporary culture.” Biophobia amounts to a compulsion to employ in fabricating the built environment a minimalist aesthetic of industrial materials. Since industrial materials can be shaped in any way or form, an unacknowledged ban has clearly long been in effect, limiting access to the full range of design options. Anything that bears a resemblance to biological structure is avoided. Even with the full acceptance in recent years of organic shapes in building design, their materials and surfaces still fail to express the degree of ordered complexity found in living organisms.

This is hardly accidental. It is biophobia, pure and simple. The studied and intentional rejection of biophilia requires a particular effort. That architects as social beings would purposely steer design away from a potential healing effect may be hard for some readers to accept. Leading architects are certainly not up front about it, and the average architect is barely aware of it. Most practitioners merely do their jobs as they learned in school, but their professional discourse requires obfuscation. Yet it is obvious from the built corpus of modernist architecture and its offshoots that biophobia rules. 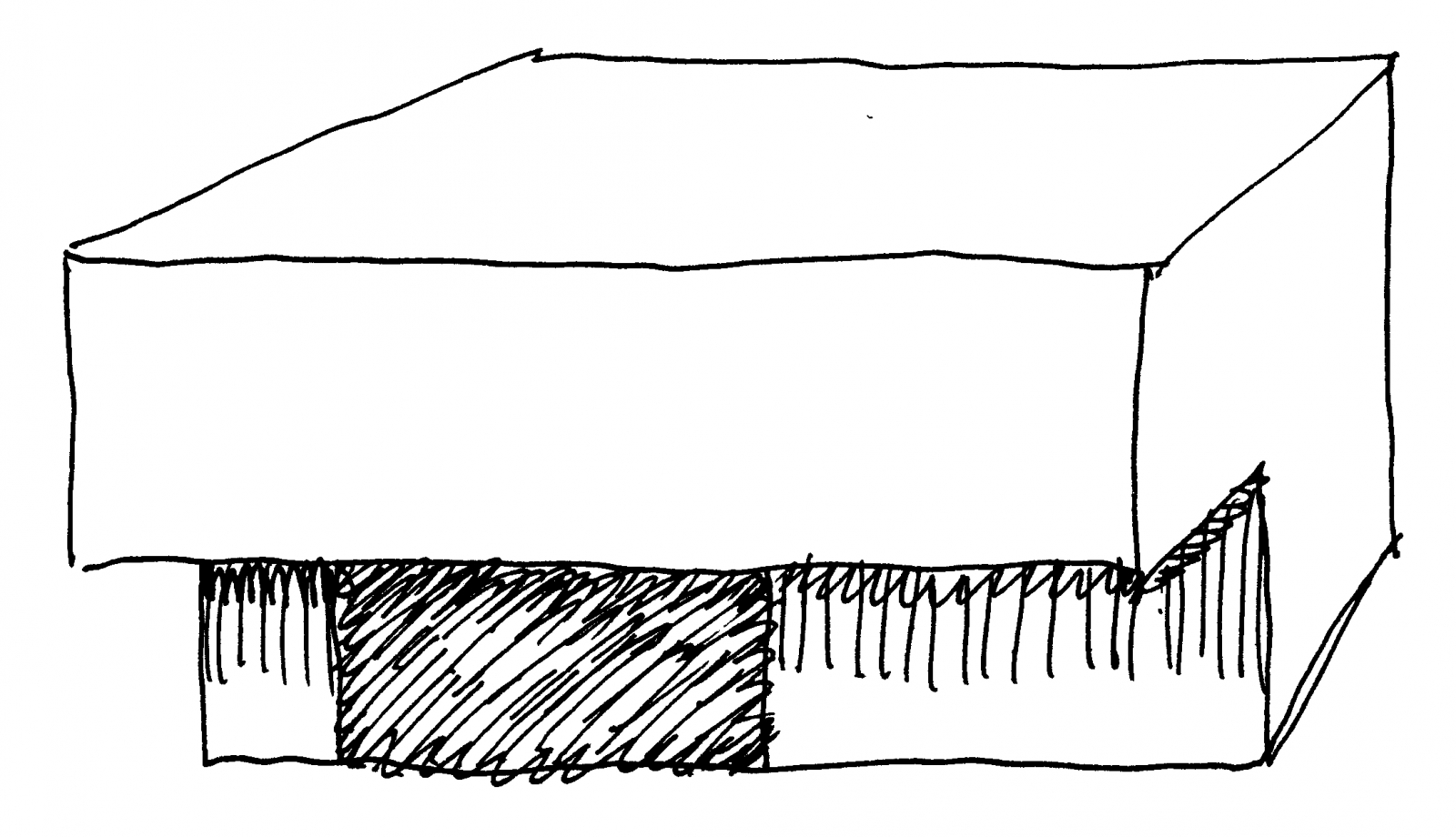 Minimalist design appeals to individuals who are uncomfortable with living structure (biophobia). But erasing information sabotages our cognitive process.

A living environment’s complexity must be extremely high to engage us viscerally, at the level of instinct. So high, in fact, that it alarms conventionally-trained designers, who prefer simplicity as more likely to enhance their sense of control as they work, and in the impact they expect their work to have. These architects avoid engaging the forms and surfaces that trigger emotions because they don’t know how to control them. Rather, they seek to avoid the complexity of design that gives rise to visceral feelings; they try instead to “clean up” everything through an imposed minimalism.

The radical shift to implement minimalist environments was not a scientific but an ideological decision. Modern science and technology are capable of providing us, instead, with wonderfully adaptive healing environments. We can do so more easily today than at any time in human history. The commonly heard excuse that we “can’t possibly design in that manner today” reflects a lack of creativity, an enslavement to ideas of innovation that are a century old. The public is confused by antiquated and politically loaded slogans and imagery that identify progress with biophobia instead of its opposite, biophilia (Mehaffy & Salingaros, 2015: Chapter 3 and Appendix 1). These falsehoods have entered society’s collective understanding of modernity. But images of modernity represented in huge buildings are extremely powerful, and tenacious. A tall wall protects the architectural establishment from acknowledging the need to address the widespread ennui that is the public’s defense mechanism against a built environment that no longer reflects nature or humanity.

A regrettable historical accident — the confusion of industrial practice with industrial style — turned into a paradigm shift. The profession chose to embrace a machine aesthetic and reject the traditional insights into human nature that coupled our emotions with our surroundings. Our vital feedback loop with nature was severed. The healing effect of organized complexity was ignored. To this day, the field of design is still hung up on intellectualized approaches in which human visceral experience plays no role. Theories of design disconnect human life and emotions from any role in forming the settings where they are played out in daily life. Crude notions of mechanical efficiency — e.g., Taylorism, and Henry Ford’s assembly-line methods — compartmentalize industrial and other human systems to encourage efficiency and reduce costs. Yet these “savings” come only at the expense of subordinating our feelings and humanity in vital matters of design, isolating us humans from our own supportive emotional systems.

And so decision-makers who buy architecture today insist on twisted roofs and colliding planes, commissioning architects with a track record of sculptural imagery because they make lots of money nowadays, and also make the covers of design magazines. But the “Wow!” factor of iconic buildings today almost always has biophobic consequences. For this reason, our built environment grows increasingly unhealthy. Not coincidentally, the “wealth through biophobia” strategy of development proceeds hand-in-hand with unsustainability and the catastrophic waste of natural resources (Mehaffy & Salingaros, 2015). If this trend goes unchecked, the built environment will eventually become as unfit for human life as the natural environment seems destined to become.