A MoMA exhibition on the single-family home and its archetypes tells us a lot without saying anything at all. 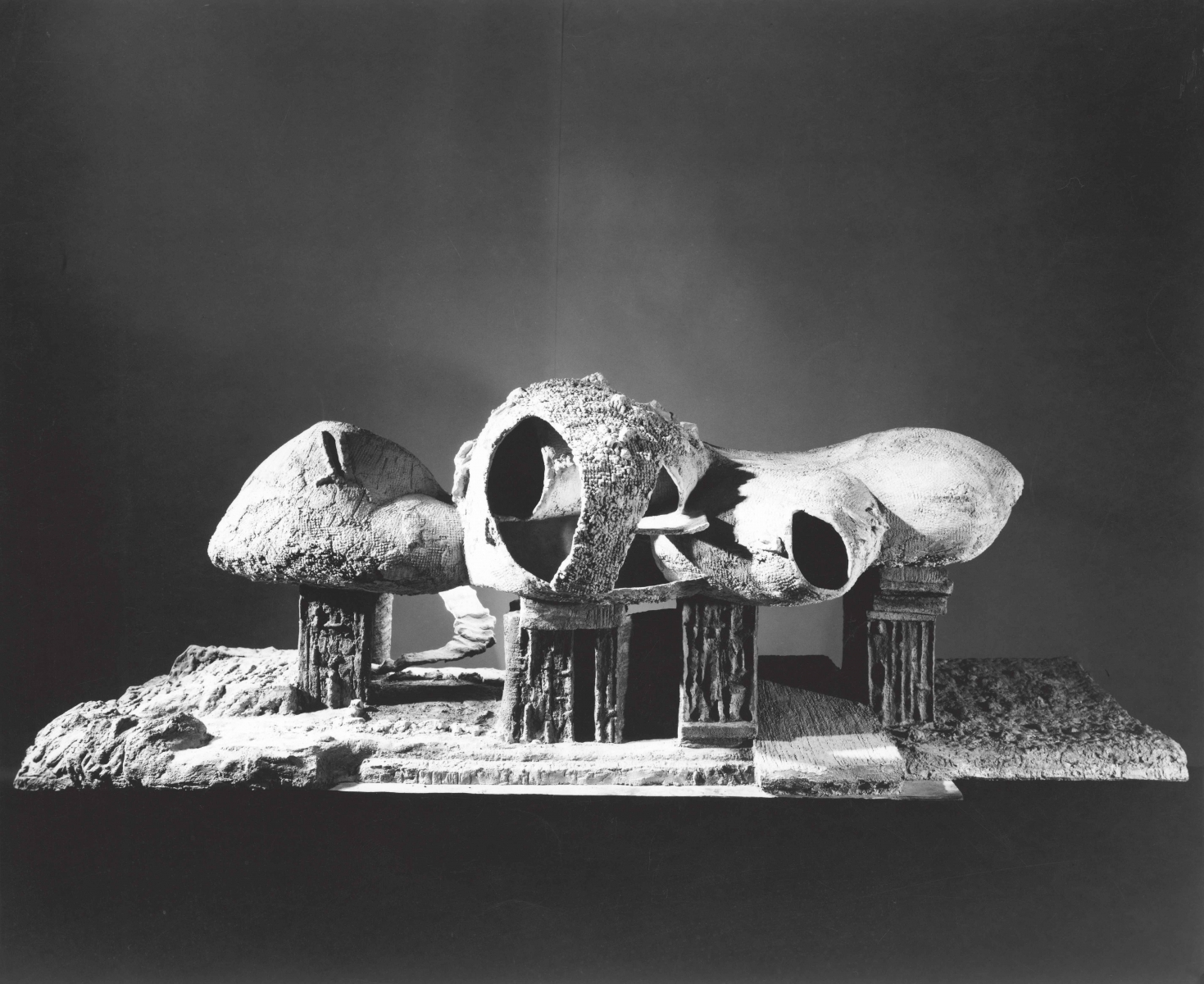 Using Frederick Kiesler’s speculative residence as a starting point, Endless House: Intersections of Art and Architecture (open at the Museum of Modern Art through March 6, 2016) dives into Modern architects’ obsession with the private dwelling.

Sometimes, you can tell all you need to know about a show just by looking at the title. It would be bad advice unless, of course, it wasn’t habitually true, such as in the case of Endless House: Intersections of Art and Architecture, the latest exhibition to go on view in the third-floor galleries at the Museum of Modern Art (MoMA). This is curator Pedro Gadanho’s third and last show at MoMA, after two previous efforts failed to live up to their politically aware agendas. Luckily, this one opens with a less loaded premise: to consider the single-family home and its archetypes as an expression of “cultural exchange” between architects and artists—beginning with a titular project by Frederick Kiesler, the lesser Modernist who died 50 years ago.

This isn’t a large space by any standard, and the artifacts, all of them pulled from the permanent collection, feel like they were shoehorned into an unwilling narrative. They are divided into three categories: a prototype, photographs, and drawings of Endless House; archival documentation of other interdisciplinary architectural proposals; and architectonic experiments in a variety of media from painting to video. Each could be the basis of its own stand-alone show. Near the entrance is Kiesler’s design, which uses organic geometries to create an elastic environment “animated through a synthesis of painting, poetry, dance, theater, and sculpture.” (In his hands, even reinforced concrete looks vaguely gynecological). How this would work in practice is unclear, but this is besides the point, since Kiesler is mainly here to serve as a lede.

From there, the exhibition moves to two islands displaying models from seven decades’ worth of architecture’s encounter with art. Modernism is spoken for almost entirely by the figure of Mies van der Rohe. There are a handful of Postmodern types, too: Robert Venturi, Michael Graves, John Hejduk, and Peter Eisenman, whose chic, faceted Max Reinhardt Haus Project looks more like paperweight from Barneys than a place to live. We then have the practitioners of what Hal Foster has termed the “global style,” which replaced the International Style as architecture’s lingua franca when industrial capitalism entered the information age: Rem Koolhaas, Frank Gehry, and most notably, Diller Scofidio + Renfro, the firm tasked with undertaking MoMA’s controversial expansion. These architects combine Modernism’s arrogance and Postmodernism’s eccentricity with the lightspeed liquidity of the network, in what is effectively an exercise in brand building. For good measure, Gadanho has also thrown in some exponents of a more vernacular mode, Chilean Smiljan Radić and American (by way of Egypt) Hani Rashid, who replicate the quiet aesthetics of ambient money on a smaller scale, and in various far-flung locales such as Vilches, Helsinki, and the West Village. Browsing the floor, you can’t help being touched by how alike everything looks in its variety.

The real sleight of hand occurs at the level of rhetoric. “Intersection,” after all, is a word career ideologues use when they want to sound theory-ish but non-ideological.

The material on the walls, meanwhile, covers a similar timespan, but is harder to pin down. Sigmar Polke, Bruce Nauman, and Martha Rosler are represented by charming if second-tier examples of their work. Louise Bourgeois and Laurie Simmons, we are told, “mine the cultural and gender roles that characterize domestic life.” Their contributions, a photogravure and a photograph, both depict a “sexy” house on legs: woman as the avatar of domesticity. South African Sandile Goje also portrays anthropomorphic dwellings, except the protagonists of his linoleum cut are a thatch hut with black skin and a suburban home wearing office pants; given the context, it smells of tokenism. In this otherwise routine museum setting, Annett Zinsmeister’s ostalgia-inducing, digitally printed wallpaper of Plattenbau housing provides the experiential angle, doubling as a selfie alcove for backpacked European tourists too young to remember the days of the GDR. Putting aside the question of merit, it’s hard to see what, if anything, we should be paying attention to, beyond the fairly self-evident formal affinities that characterize this portion of the show.

If this feels like déjà vu, that’s because we’ve seen the formula before, in Gadahno’s MoMA debut. That exhibition, about “political stances in architecture and urban design,” brought together the likes of Koolhaas and Eisenman with artist-dissident Ai Wei Wei and apartheid photographer David Goldblatt. (His second effort, on “tactical urbanisms for expanding megacities,” took politics underground by reframing it as planning for the subaltern.) This time around, Gadanho has dropped the socially conscious routine but kept the curatorial approach, which is summed up nicely as “putting the cart before the horse.” Naturally, the current show suffers from many of the same problems that plagued the prior two: awkward and unresolved displays, arbitrary or forced thematics, a bad-faith attempt to neutralize the unsavory aspects of contemporary architectural practice by placing them within an obsolete historical framework.

Yet the real sleight of hand occurs at the level of rhetoric. “Intersection,” after all, is a word career ideologues use when they want to sound theory-ish but non-ideological. To get the critics off their trail, the curatorial team has spammed the press release and wall texts with this and other Pomo shibboleths: “juxtaposition,” “synthesis,” “collapsed boundaries,” “blurred distinctions.” If nothing else, the art world’s abuses of the English language will always be a good punch line. But what Kiesler and his contemporaries originally meant by this idea is not how Gadanho and his staff have chosen to interpret it. Where the former was an applied, collaborative process, the latter amounts to a kind of co-branding, through which each side sponges up the prestige of the other as a means of upping its own share in the experience economy’s race to the bottom.

Moreover, Gadanho’s curatorial jaunt along the “universal” contours of the single-family home comes at a moment in history when the nuclear family unit as we know it is at its most endangered. The obvious thing to do would have been to run with this angle, examining how new architectural modalities can help accommodate evolving social norms. Instead, by gesturing at tradition, it merely airs its own complicity in a corruptible system. 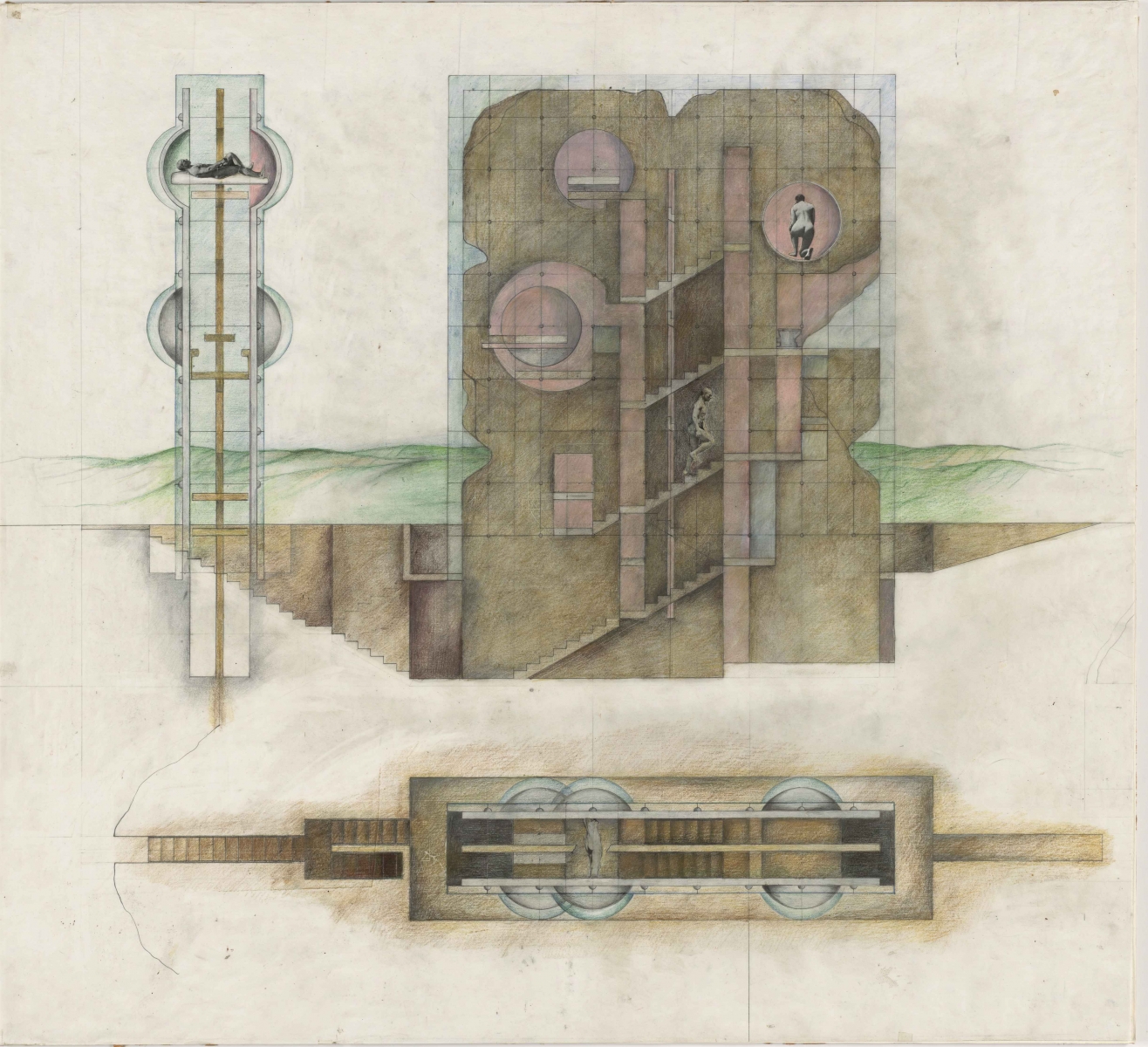 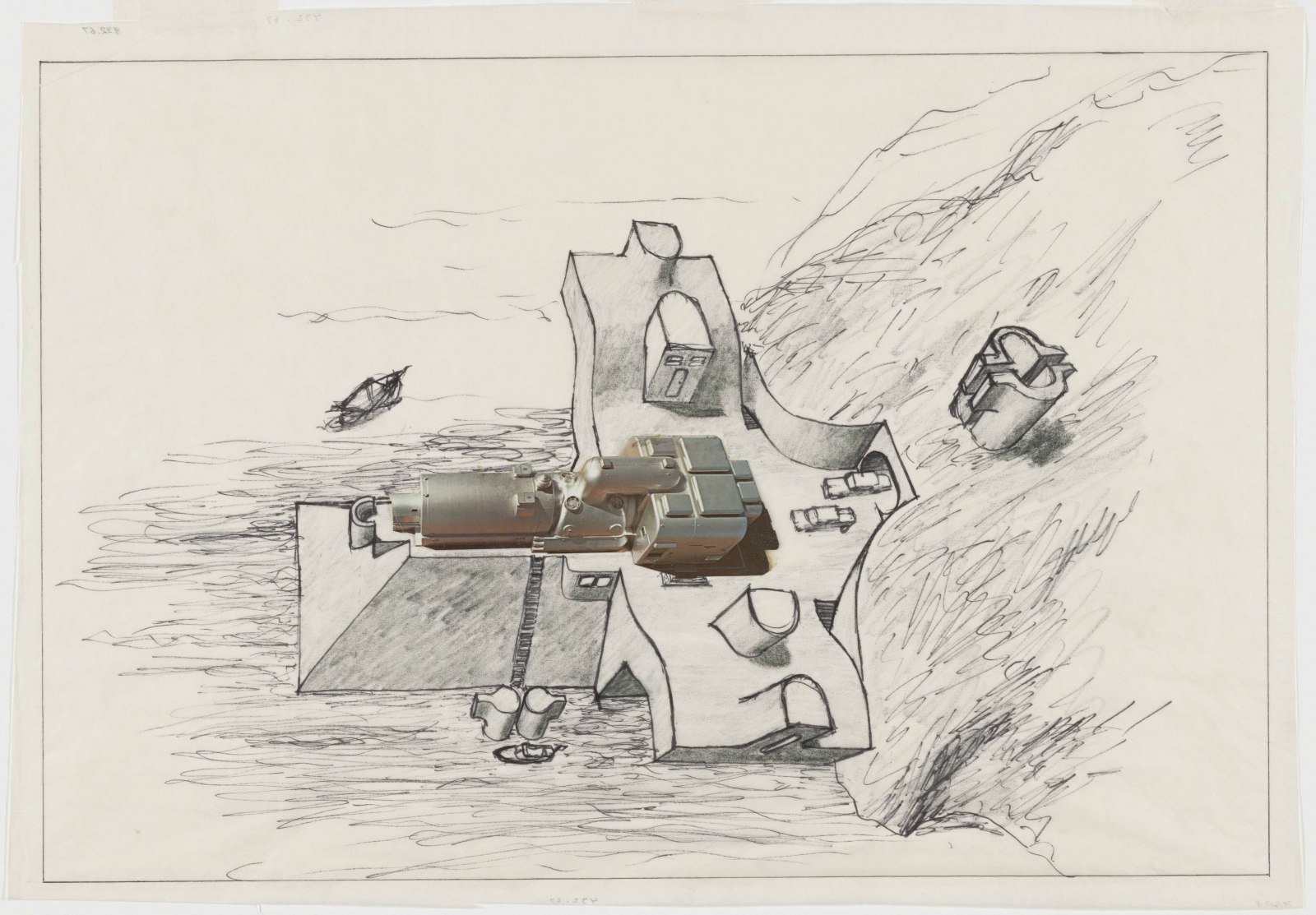 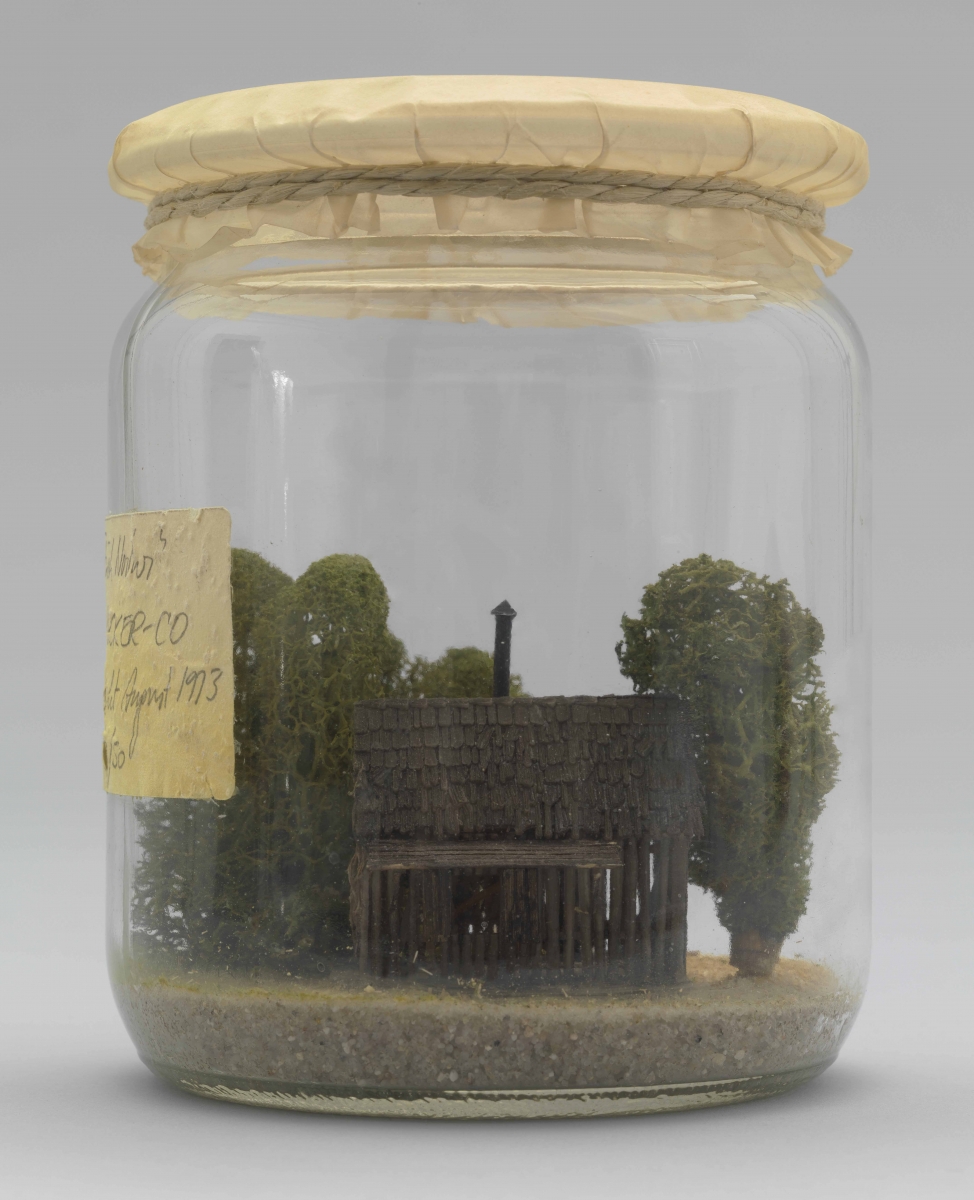 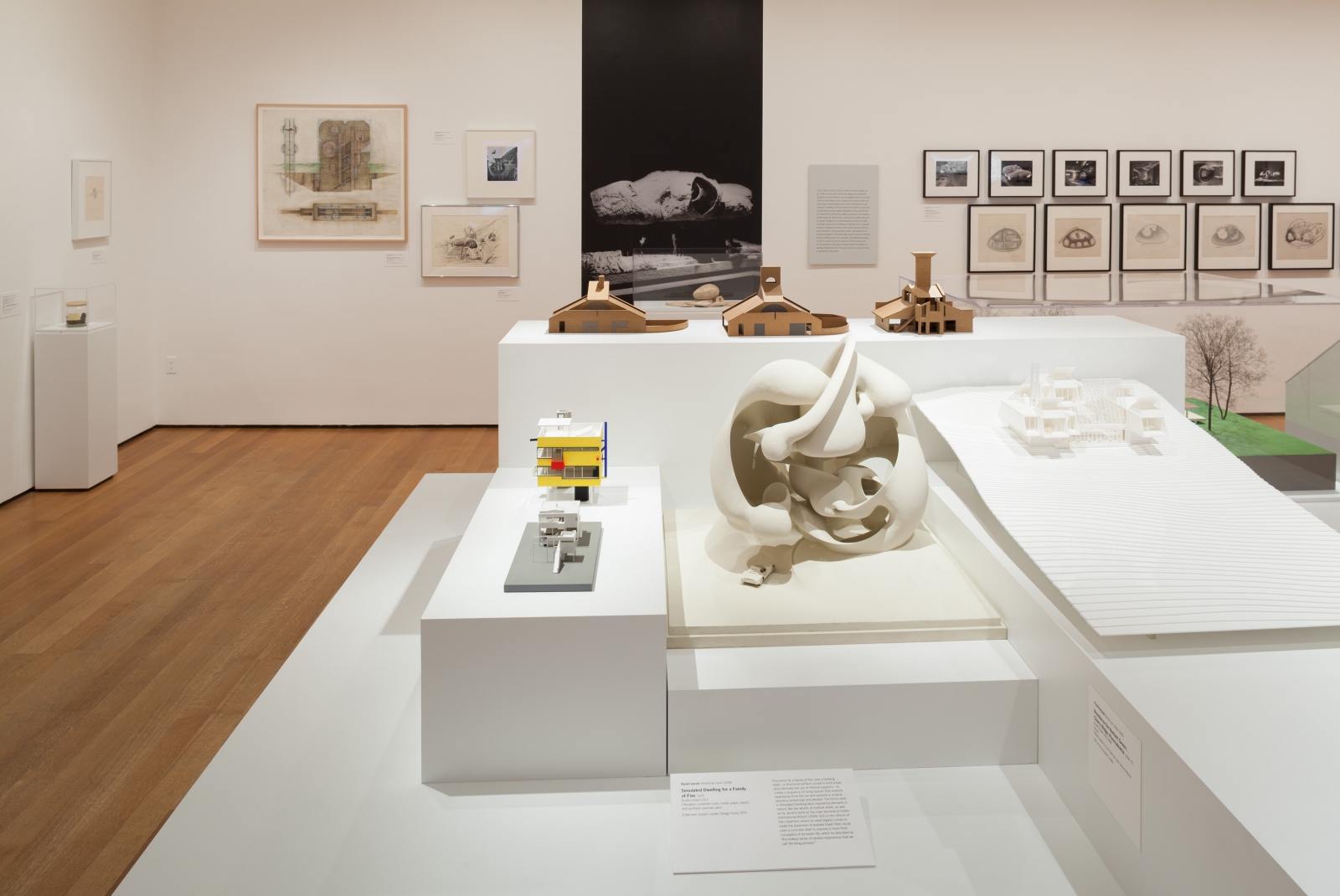 Installation view of Endless House: Intersections of Art and Architecture at MoMA, with David Jacob’s Simulated Dwelling for a Family of Five project (1970) seen at center. 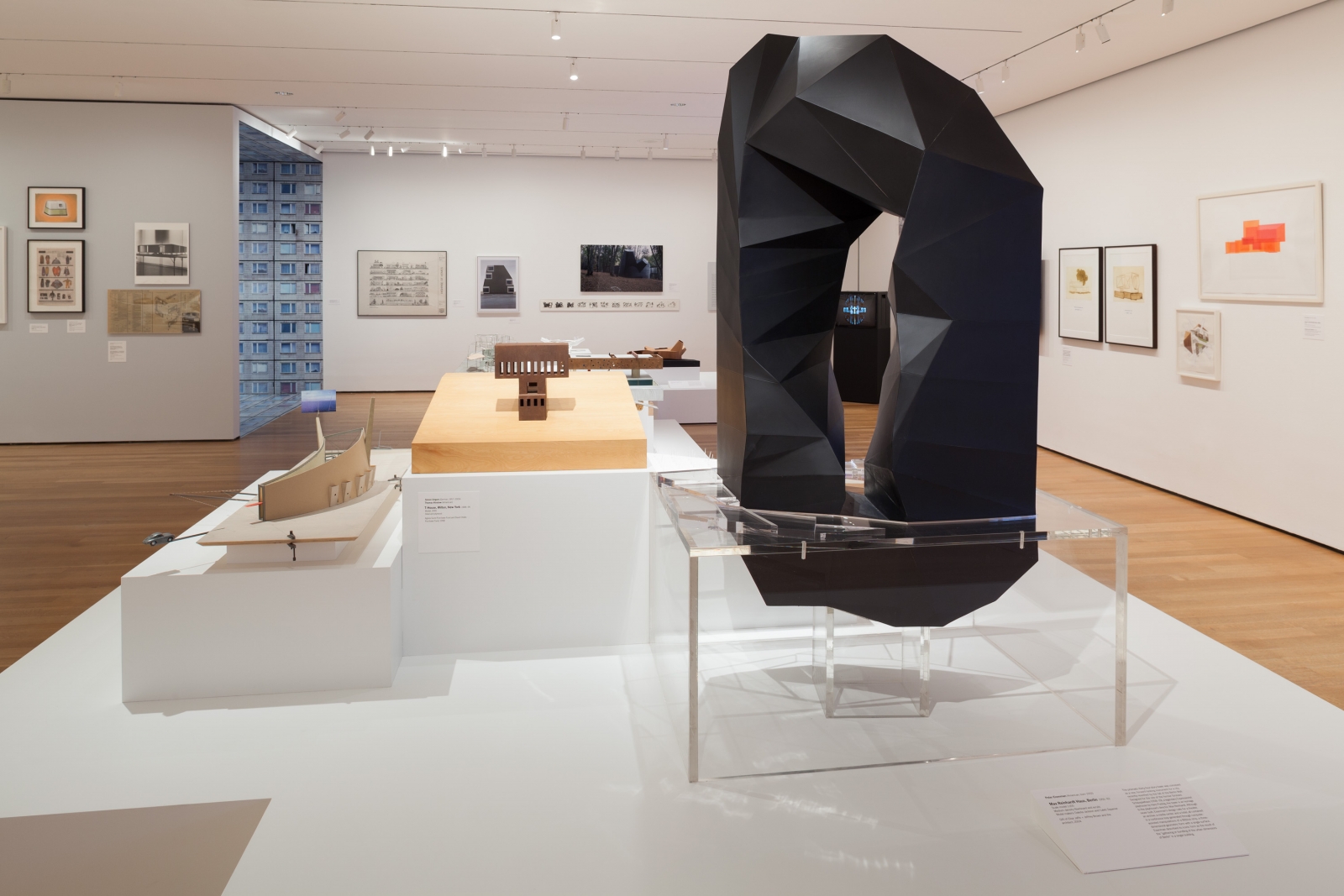