New Exhibition Unboxes the History of the Sneaker 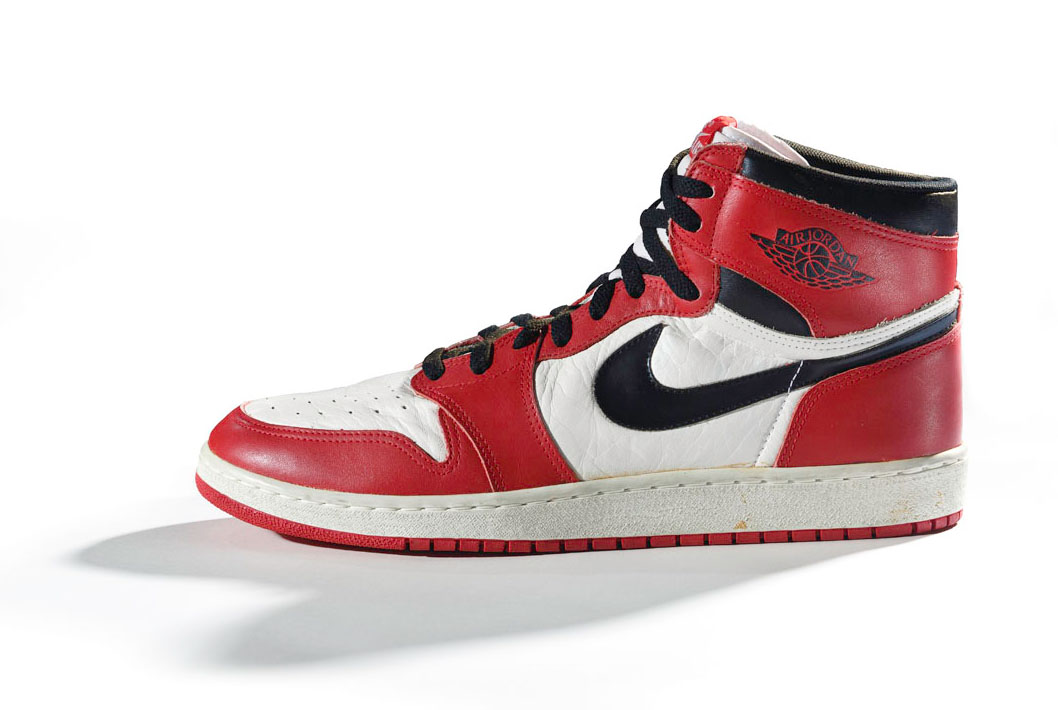 Consider the simple sneaker, urges The Rise of Sneaker Culture, on view at the Brooklyn Museum through October 4. The show, which originated at Toronto’s Bata Shoe Museum, is the first to survey the sneaker’s history, from its origins in the 19th-century commercialization of latex rubber to its ubiquity today.

With 150 pairs of high-tops, tennis shoes, and running sneakers encased in vitrines or arrayed on gallery walls, the exhibition is a sneakerhead’s dream, a showcase of almost Imelda Marcosian proportions. The earliest examples of the historical and contemporary footwear on display (loaned from museums, manufacturer archives, and personal collections) date from the 1800s; yellowed and crumbling with age, they remind us that these are objects designed for use and thus, are disposable by nature. The archetypical models of the genre are also here, from a 1917 pair of Converse All-Stars and Goodrich P.F. Flyers—familiar to Baby Boomers who laced them up for P.E.—to early signature models for celebrity athletes, such as Jack Purcell (Converse) and Stan Smith (Adidas), that helped popularize sports culture in the 20th century.

Curator Elizabeth Semmelhack charts innovation in sneaker design as a constant spanning nearly two centuries. Having begun in the 1830s, the typology really took off in the 1960s, with huge leaps in performance, comfort, and material technology. These breakthroughs are exemplified by models such as Nike’s Waffle Trainer from 1974, which employed a nylon upper to reduce weight and improve breathability, and Reebok’s proprietary Pump technology, a customizable pneumatic support system that debuted in 1989. These designs also speak to larger cultural developments, including the advent of physical culture in the late 19th century, the emphasis on fitness in nationalistic ideologies of the 20th century, the influence of hip-hop, and currents in men’s fashion, which, in recent decades, have seen the luxury sneaker become a status symbol.

The exhibition and catalog dutifully recognize designers like Tinker Hatfield, Jr., who conceived of the versatile cross-trainer and designed Nike’s first Air Max sneakers, and Paul Litchfield, who developed the Pump system. Unlike at apparel exhibitions featuring rarefied couture, most visitors here will readily recognize the Converse Chuck Taylors, Adidas Superstars, or Vans slip-ons. The Rise of Sneaker Culture is the rare exhibition that offers deep social and cultural insight into an object used by billions across the globe. 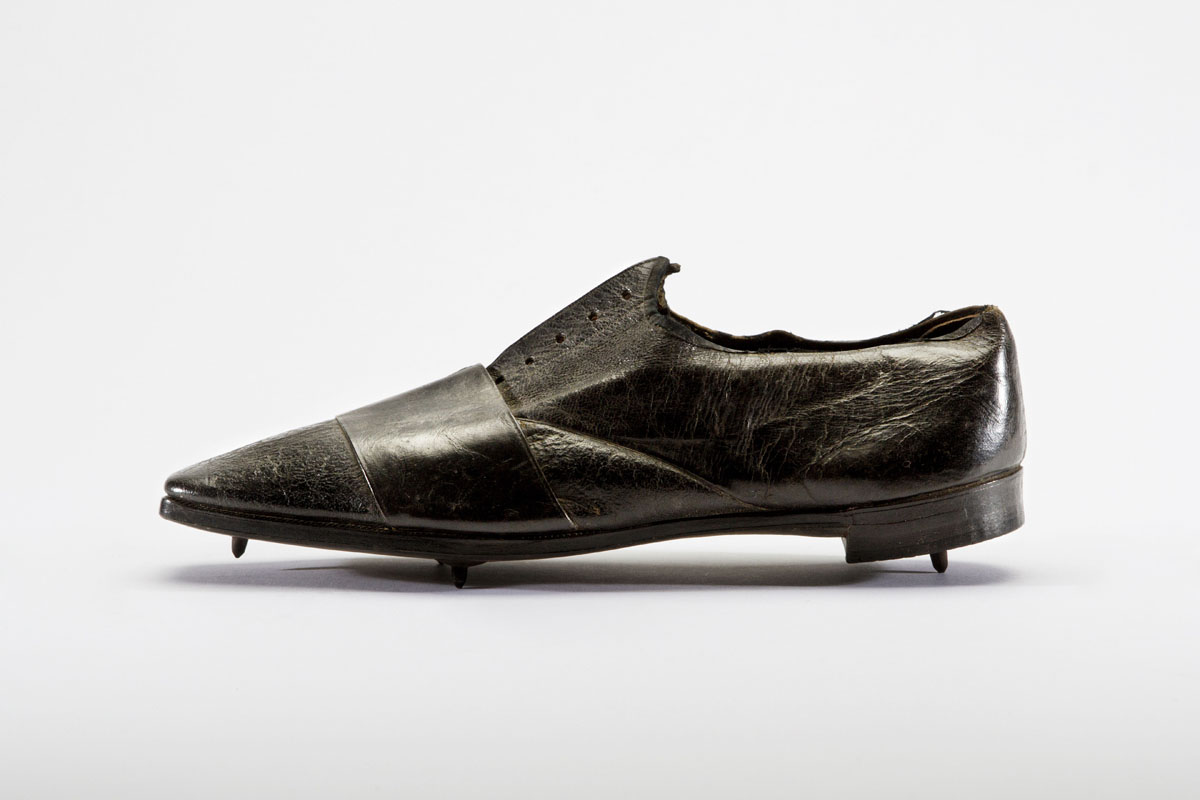 A running shoe produced by Thomas Dutton and Thorowgood, 1860–65 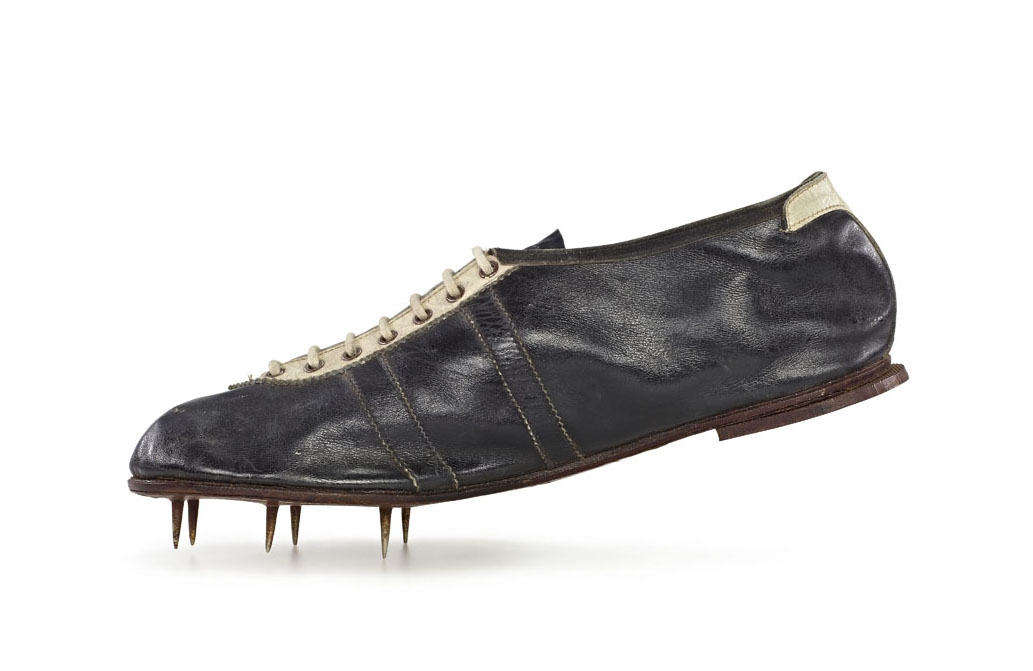 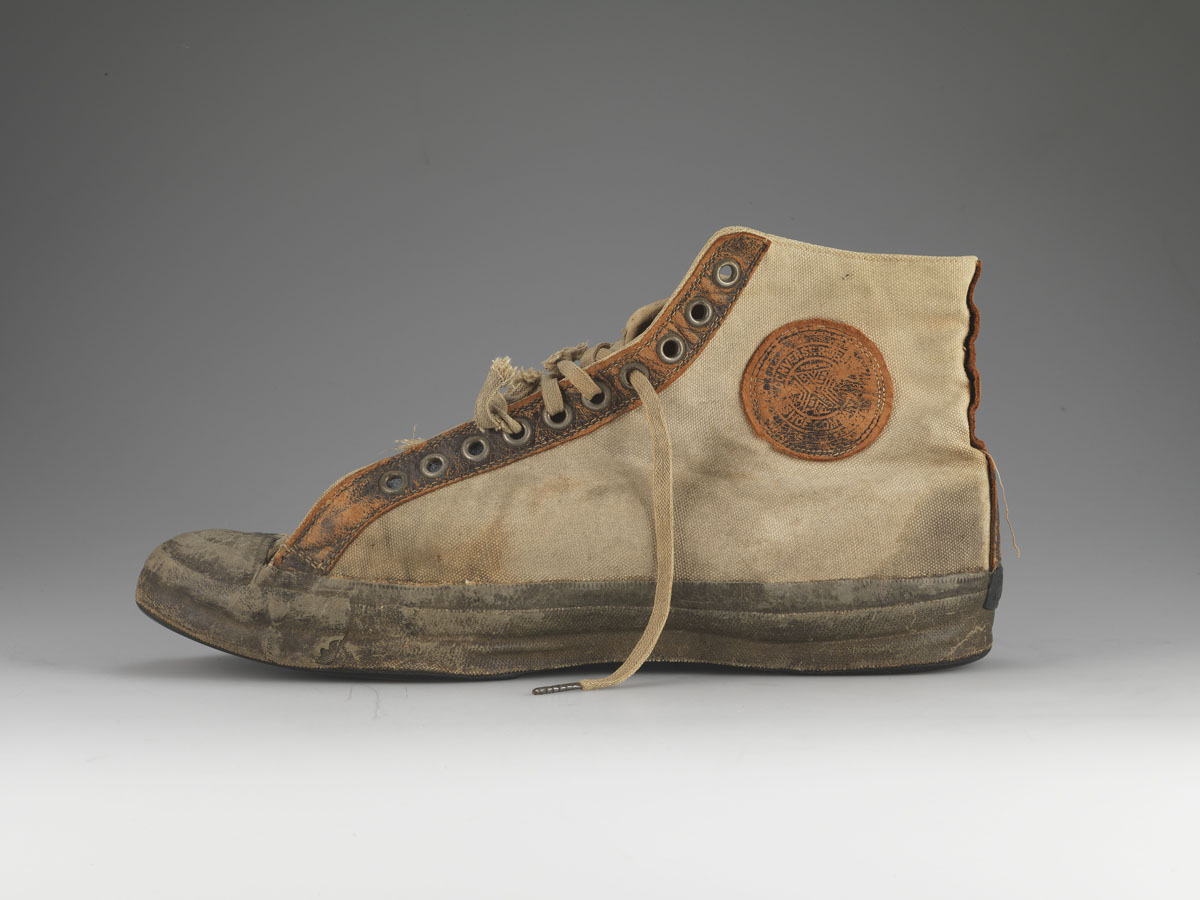 The All Star/Non Skid by Converse (then named the Converse Rubber Shoe Company), 1917 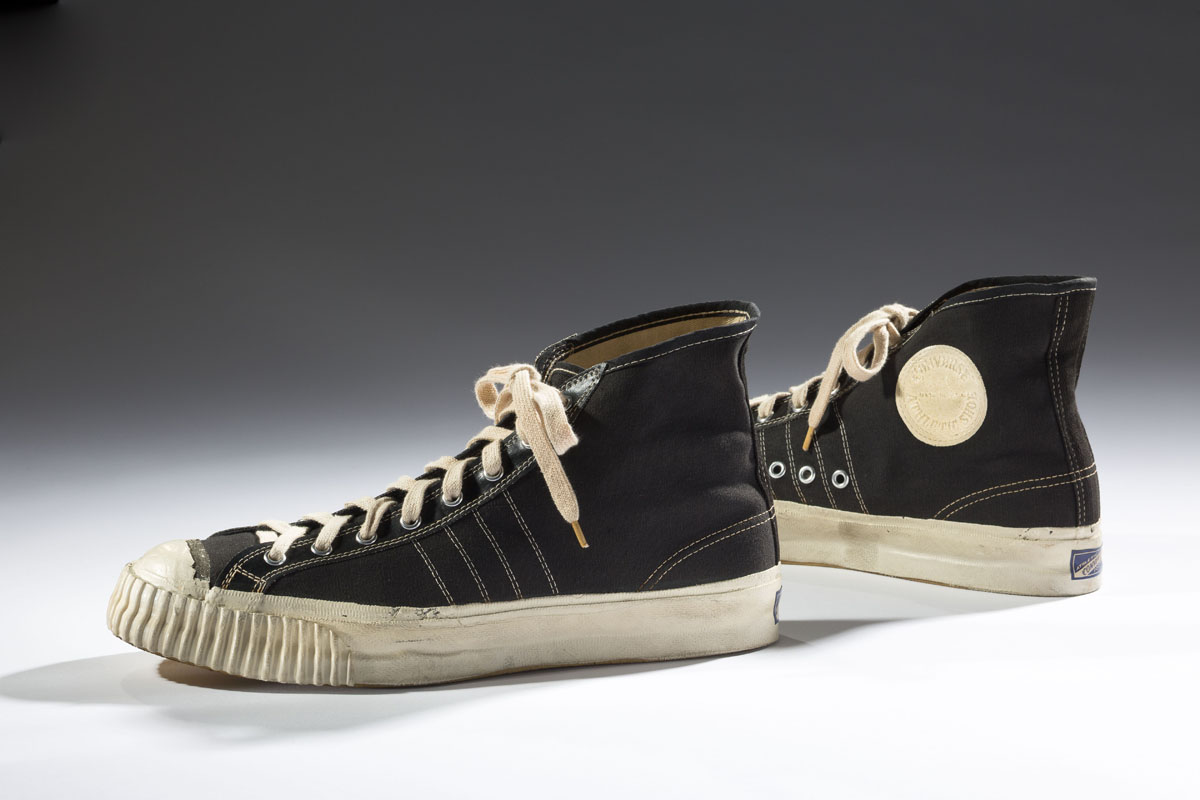 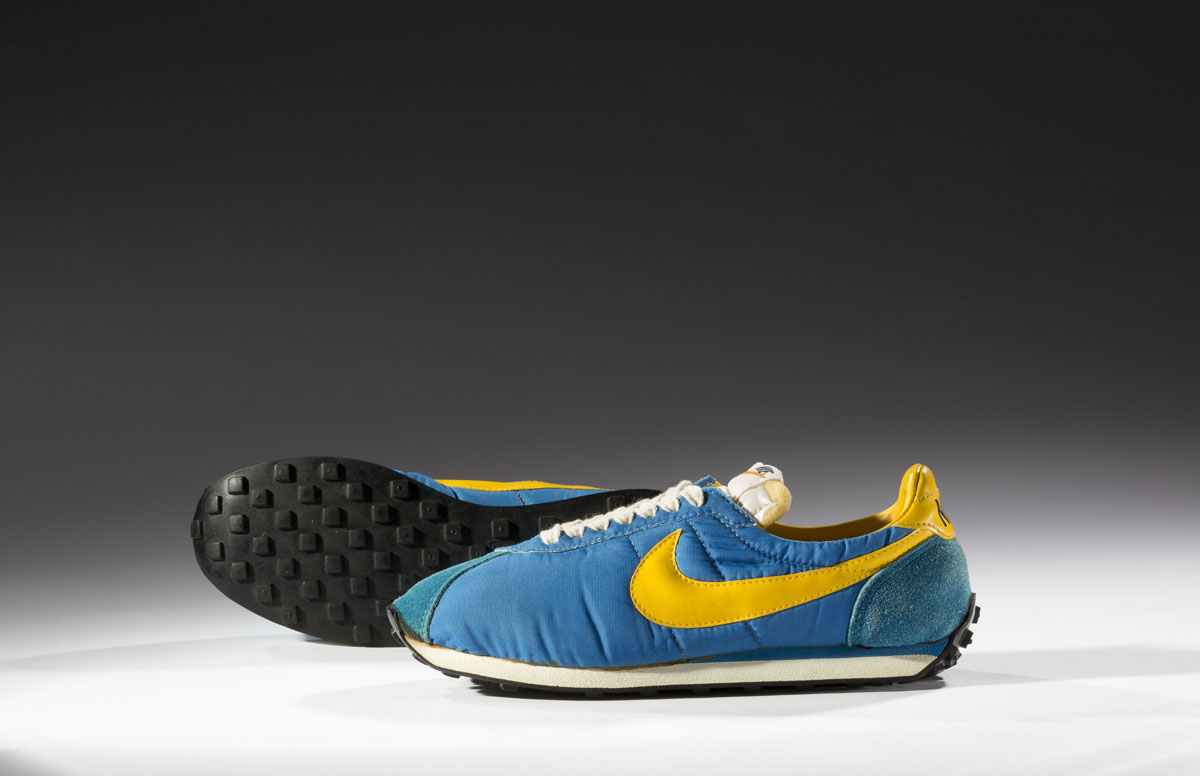 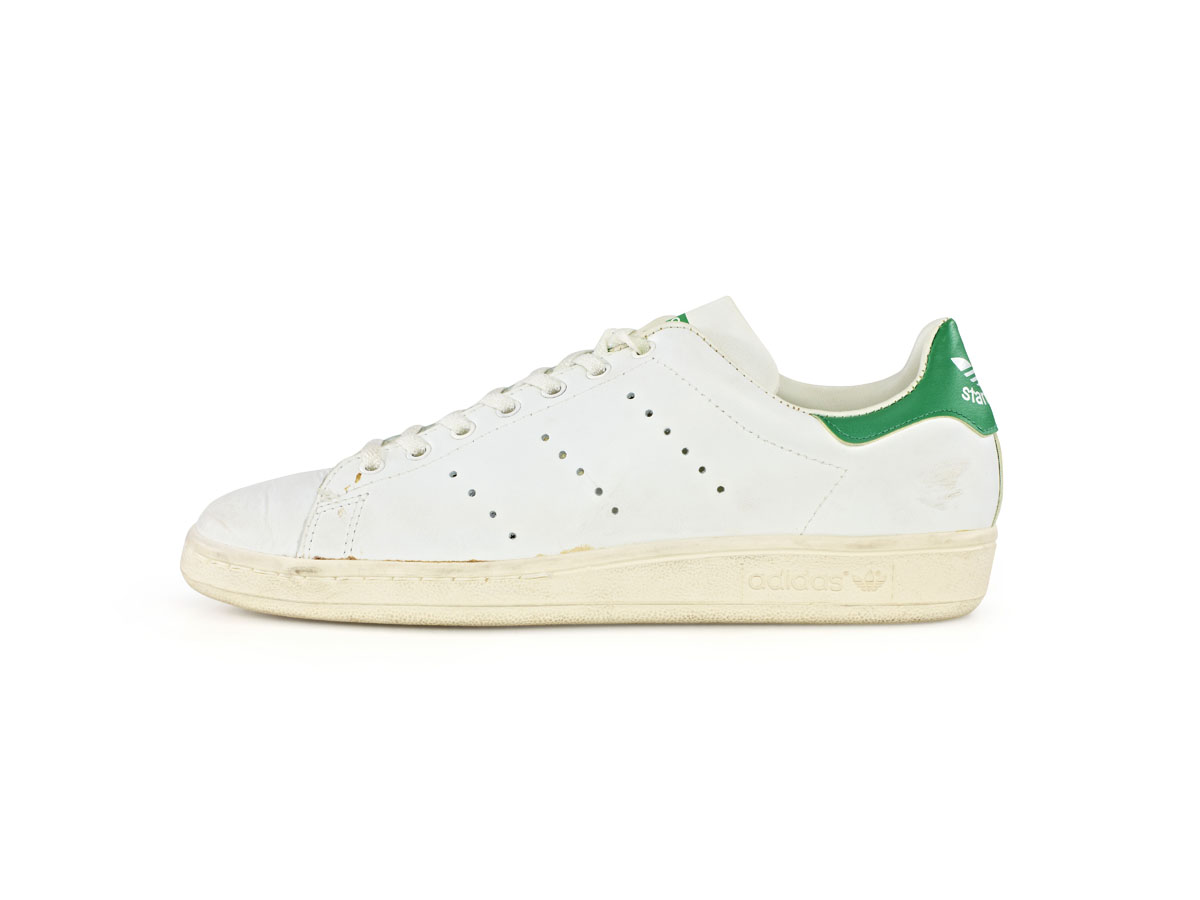 Adidas sneaker designed by Stan Smith in the 1980s 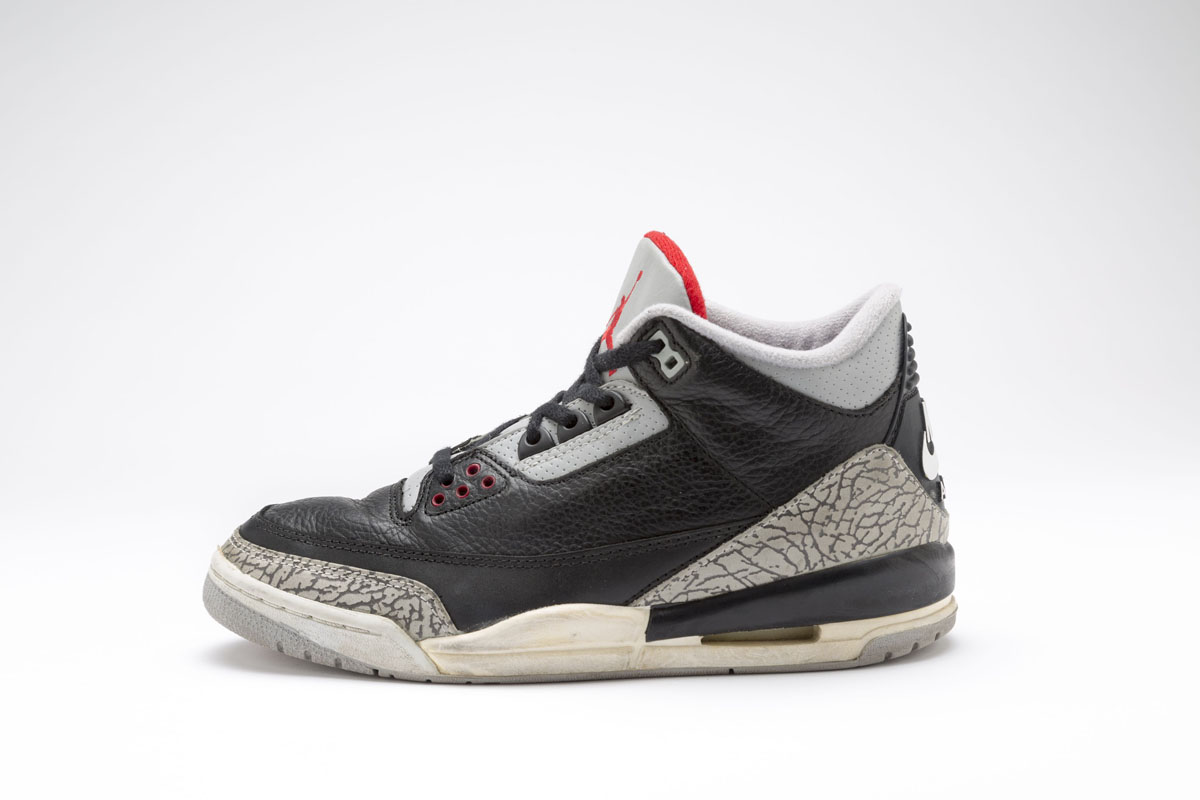 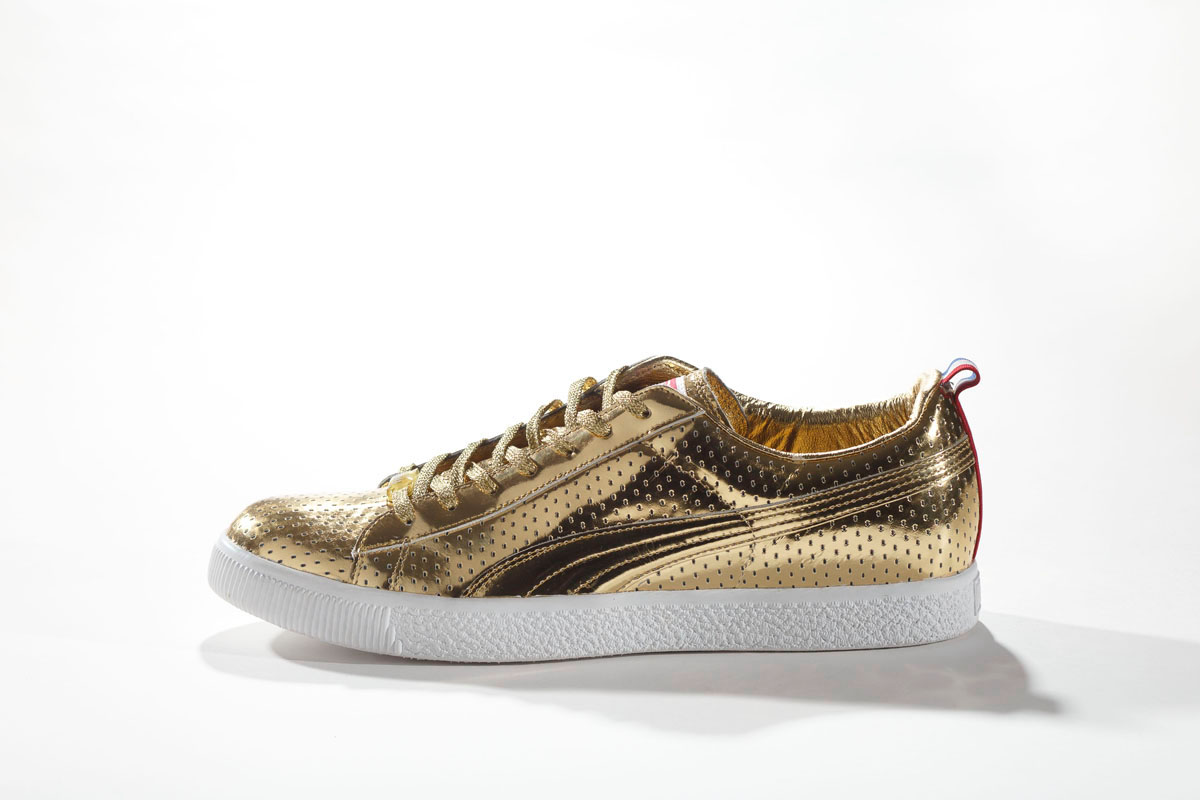