NYCxDESIGN Gathers Odes to New York From Designers Near and Far

25 designers from the five boroughs and beyond offer a heartfelt message to the world’s epicenter of design during an uncertain time. 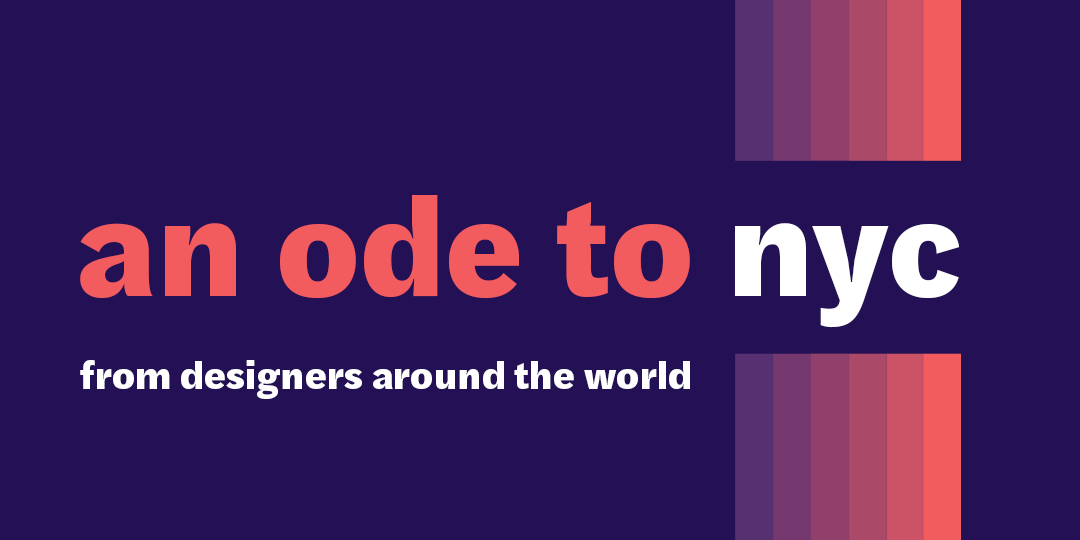 “We miss that fierce, contagious energy you can find throughout the city—that energy you won’t find anywhere else in the world,” says Mark Letain, president of Winnipeg–based furniture brand EQ3. His lament is familiar to those in the design industry who have paid visits to New York City—whether for trade fairs, business meetings, architectural projects, or just to gather inspiration—postponed because of the COVID-19 pandemic.

There’s no doubt these have been tough months for New York, as the coronavirus has forced the city that never sleeps into an uneasy hibernation meanwhile protests against police violence and subsequent citywide curfew have roiled the streets. NYCxDESIGN, whose annual festival was postponed because of the virus reached out to designers around the world asking them to contribute a few words about how the city has inspired or influenced them.

The response was overwhelming. Designers from Israel, Ecuador, The Netherlands, Sweden, Canada, France, Italy, and all around the United States sent in letters expressing their solidarity with New Yorkers as well as videos, collages, photographs, and other artworks explaining their connection to the city. NYCxDESIGN compiled the responses into a website, titled An Ode to NYC, it is viewable here.

“The design power of New York comes from the inspiration of our global creative community,” says NYCxDESIGN program director Valerie Hoffman. “During these times of significant social change, NYCxDESIGN wanted to create a collective message to our city that expresses the continued hope for progress. The diversity that we see here doesn’t exist without the support from our friends near and far that continue to fight for and uplift our communities through innovation and design.”

The odes collected highlight just how important the energy of New York City is to so many but most importantly, this project shows how strong the design community is and how connected we remain despite the challenges 2020 has thrown our way.

No matter what happens, New York City will remain a creative epicenter—the pandemic, the protests—these events are all a part of the continually unfolding story of the city. But they are also a test. As Michael Chen, principal of New York-based architecture practice MKCA, writes “The city strains. It is becoming unmade, exposing its fragile connective tissues, every raw nerve. The brave on the front lines, at the hospitals, on the delivery bikes, marching in the streets, they shine a light on how unequal, unprepared, unjust, unaware, uncaring this city is and has been.”