The architect discusses her intentions behind her new school of architecture, and the state of women in practice today.

At the Architecture and Design Film Festival this past October in New York City, two films echoed the ongoing sentiment for an increased appreciation of women architects. First the excellent Gray Matters documentary by Marco Orsini on Eileen Gray’s work and life, and then Ultan Guilfoyle’s homage to contemporary female designers, Making Space: 5 Women Changing the Face of Architecture. Among the five talented women Ultan, along with producers Alice Shure and Janice Stanton, spotlighted was Odile Decq, the Paris-based architect whose creative production isn’t just limited to buildings. Outspoken, but with an eloquent tone, Decq is bringing new ideas to the profession. I recently had a chance to catch up with her and talk about her ideas on design, the teaching of architecture, and, of course, the state of women in practice today.

Paul Clemence: A lot of your work has to do with light, from your architecture projects to fixtures design. It seems to play an important role on your creative process.

Odile Decq: It’s absolutely important. Because light is life! I am very aware of light. Maybe because I am from Bretagne, France, with all the cloudy days and the wind and the light that changes every day. When I am here in New York, there’s one thing I am always fascinated by: how the light plays in the city grid. The light here is very particular—the way the natural light seeps through and above the different building heights, and bounces from the glass walls. It’s very unique, as if the light is dancing in the streets.

PC:  And how does that end up informing your projects, both in New York and elsewhere?

OD: It’s part of the thinking from the very beginning. I want to bring light into the building. I love direct light, but it also can be through the creation of shadows. We always say architects like to play with shadows and light. That’s what we did at the Banque Populaire de L’Ouest project—the south facade had a double-glazed suspended glass with the shading element separated behind it, so it brings light in while creating a stimulating shadow play. 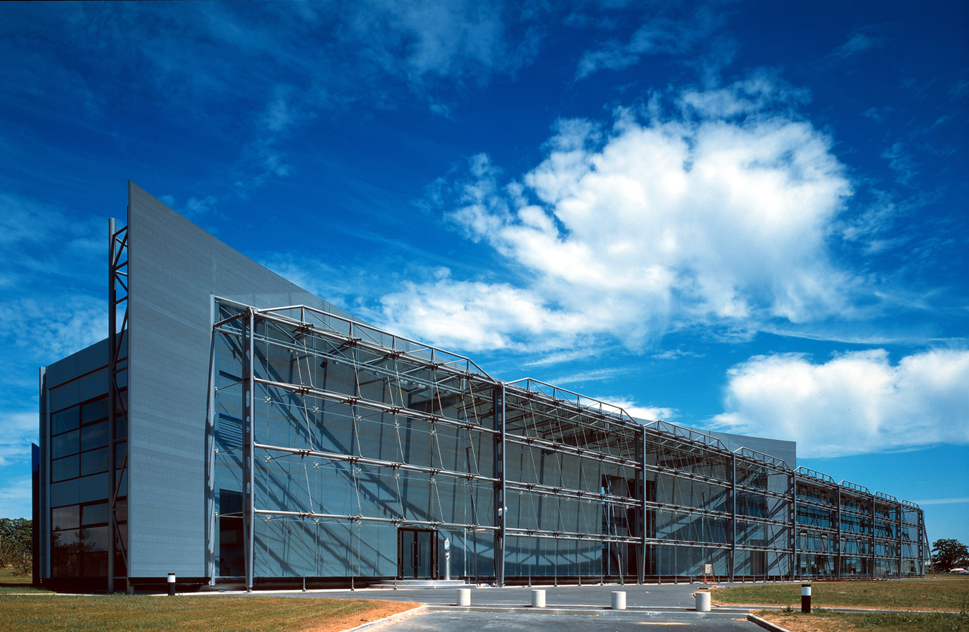 PC: And then you brought this interest in light to your renovation project of MACRO (Museo d’Arte Contemporanea di Roma or Rome Contemporary Art Museum) and the “Javelot” fixture you developed with Italian manufacturer Luceplan. What was the inspiration behind the latter?

OD: The Javelot (French for javelin, or spear) is an object I always admired for its elongated design—very sharp, and elegant. I wanted to translate that into a lamp and it worked well for that project.

PC: Continuing the partnership with Luceplan, you also developed the Petale.

OD: Yes, that was something else. It was two problems that needed a solution—lighting and acoustics. So I started from the functional, with a design response—an object that illuminates and also absorbs sound. The lamp’s body is made with a panel of a sound-absorbing material.

PC:  The Petale, as the name suggests, has a very fluid, organic shape to it. But in many of your buildings bold geometry prevails. How would you define your formal approach to design?

OD: I don’t have one form or another pre-determined. It always comes as a response to the circumstances of the project and my feelings in response to it. I am very open in that sense. 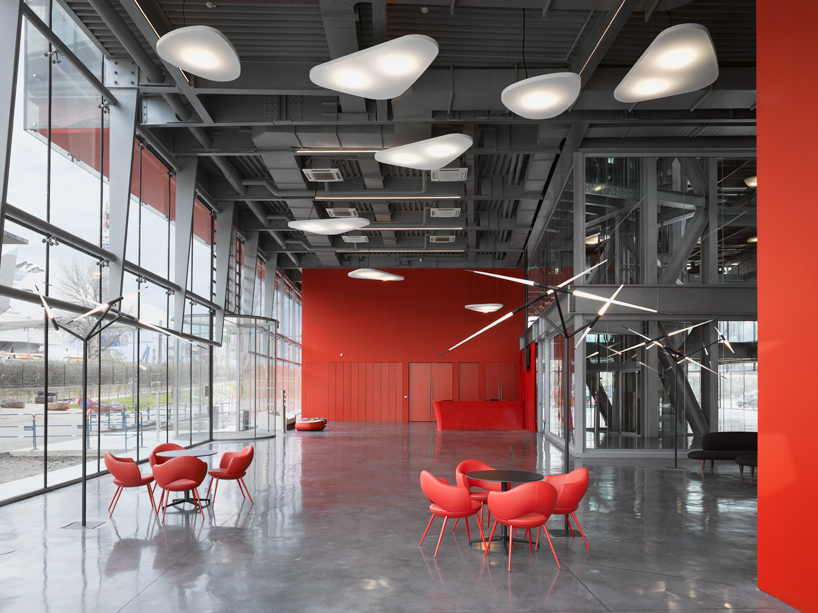 PC:  You have a reputation for being a bit of a rebel architect. Do you agree with that?

OD: Everybody says that. Yes, I feel that way. Even as a child I never just accepted what I was told. I have always asked “why?” and always wanted to know more. And that’s the idea behind the school I created—I think there’s more to the teaching of architecture than most of what’s being done.

PC:  Your school of architecture, the Lyon-based Confluence, has a different philosophy to the teaching of the profession. In what ways does it differ from other schools?

OD: It will be a more transversal way of teaching, infused by other disciplines not usually associated with architectural teaching. We are bringing in neuroscience, physics, sociology, multimedia, visual arts, and other disciplines. Today, schools of architecture are more and more just focused on educating students to make buildings. But for me, an architecture education is much more than that. It’s a possibility to act in the world, in whichever way you want—as a builder, a designer, an artist, a planner.

PC: So you want the students to leave with a broader notion of the profession?

OD: Yes. It’s preparing the new generation of architects to respond to technical questions as well as social, economical, or psychological questions. There’s the possibility to do more. The way I see it, the education of an architect is not just about the “professional” side of it. For me, it is much more than that—it’s to educate the person as a whole, with a vision, a thinking.

PC: Why bring neuroscience into it?

OD: Neuroscience addresses the fundamental question of the human body’s reaction to a space or a place. And space can also be thought as a reaction to the body. By examining our nervous system, neuroscience is helping us to understand that relationship better. As architects designing spaces to be inhabited, it is very important to comprehend how the body will react in them. 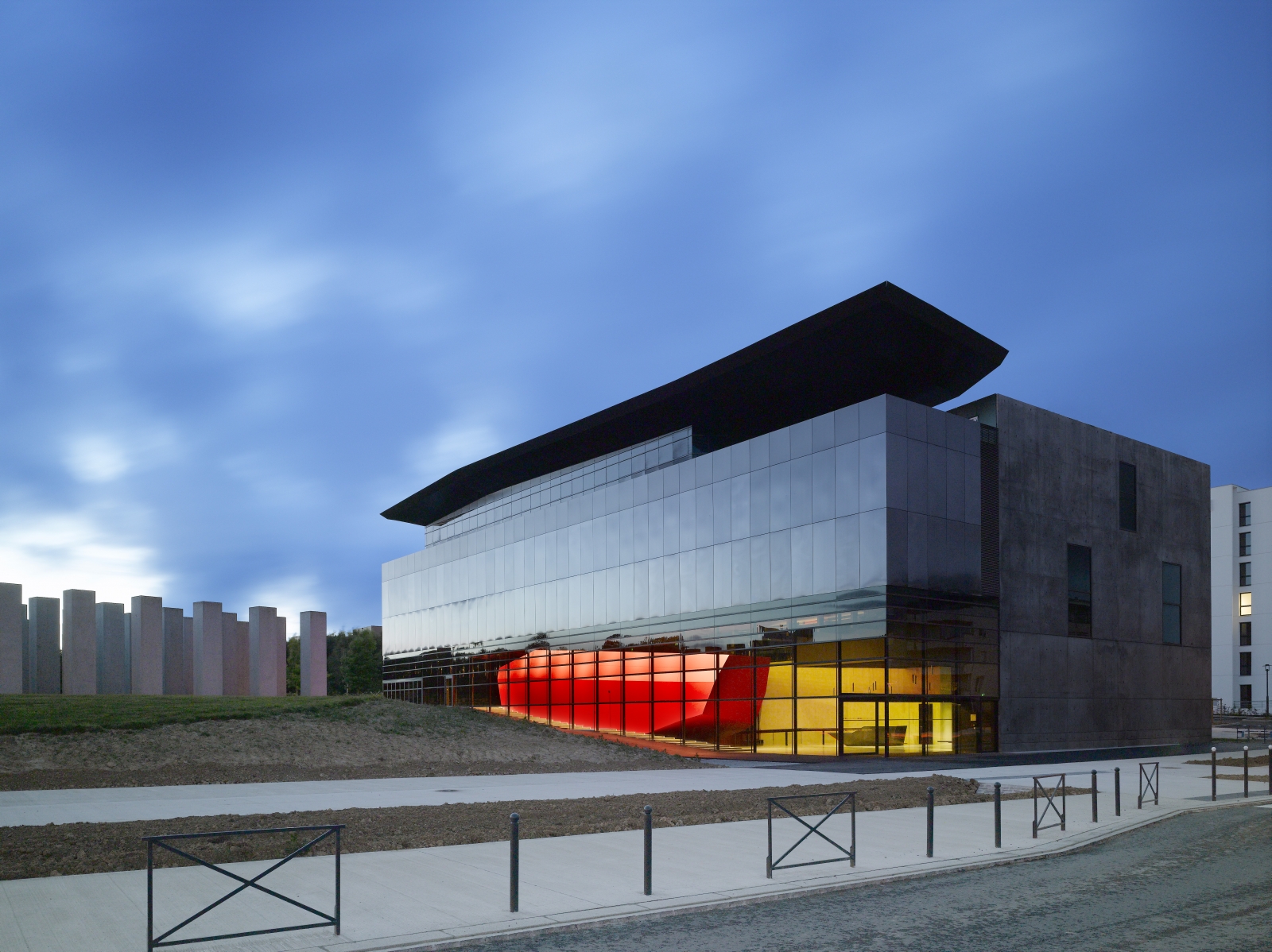 PC: Let’s move to women architects still face challenges. There has certainly been progress with names like yours, Annabelle Seldorf, Zaha Hadid, Liz Diller, and Farshid Moussavi being featured more prominently. What has your experience been in navigating this issue?

OD:  When I first became an architect, I believed that the day would come when it would be something common for a woman to be an architect. But slowly I discovered that it’s wasn’t so simple. I was once was told by a juror on a competition that they liked my project very much, but they already had one woman finalist selected. It should be only my proposal being considered, not my gender.

PC: How do you think that will begin to change?

OD: It’s part of a larger issue, of course. The harder question is how to convince women they can trust themselves. This is a cultural question. The whole professional environment is male dominated—most of the clients, the engineers, the contractors, the builders, the workers, all are men. In all my working years, I only met two. We have to go back to education—both men and women need to be educated to overcome that, and it starts with how both men and women are raised. You go to buy pajamas for your kids and, of course, girls are pink and boys are blue. And if there are words on them, for the boys you have words like “brave” or “adventure” and for the girls it’s “pretty” and “princess” and “flower.” Why?

PC: You are an architect that stimulates many questions and ideas. What about the profession still inspires you?

OD: The world! Everything around me. I open my eyes and I am curious about everything.