Opinion: The Next Great Public Spaces Will Be Indoors 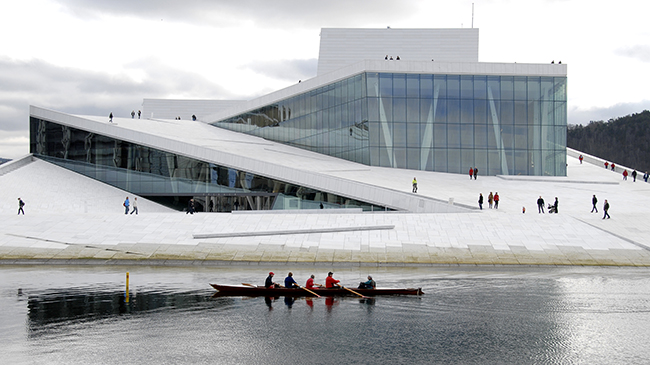 Maybe with the sole exception of railway stations, public space is generally understood as outdoor space. Whether in the United States or in Europe, especially now with heightened concerns around security, there seems to be this determined way of privatizing everything that is indoors, even as we are increasingly aiming to improve access to public space outdoors. But in the layered systems of our cities of the future, we will need to focus on the public spaces that are found inside buildings—and make them accessible.

In 1748, Giambattista Nolli made this wonderful map of Rome where he only had two distinctions—what was private and what was public. Whether it was indoor or outdoor, whether there was a church space or a plaza, it didn’t really matter. It told a different story of the city. There are some examples from today—the roof of our Oslo Opera House is outdoors, for instance, but it’s on the building and publicly accessible. Opening up the Louvre and trying to let people walk through it 24 hours a day—as with the museum’s recent takeover by the artist JR—is another way of not making a distinction between indoor and outdoor public space.

These kinds of programming decisions are essential to the way new architecture typologies develop, and architects should definitely have influence on them. In certain situations, accessibility to indoor public space is enough. In other situations, you have to define the program for the particular indoor or outdoor spaces to be adequate. To use the example of the roof of the Opera House in Oslo again, it was basically programmed only for one thing, and that’s to be walked on, for a promenade. But on occasion, it could be reprogrammed to hold an outdoor concert. Or it could be reprogrammed against the original intention by skaters or by a biker who actually drives his motorbike up and down the roof.

In the layered systems of our cities of the future, we will need to focus on the public spaces that are found inside buildings—and make them accessible.

Maybe the outdoor can be programmed in such a way that it unlocks the possibility of the public spaces indoors. There’s always a bit of urban planning in designing interiors. There’s always a bit of interior design in an urban space. There’s no question that interior architecture is professionalizing itself as well—interior architects are not seen as decorators of interior space anymore. The same is true of landscape architects. And those are only the traditional design professions.

Every architect doesn’t need to be trained in every specialized profession, but what is lacking is an overall understanding of how people should collaborate. That’s why we’ve introduced transpositioning as a working method in our office, where you not only sit around tables with a lot of specialists, but you actually swap professions during creative workshops. The only thing that can save the essence of architecture is some kind of collaborative model like this.

By adopting this model, both in education and practice, I think we would be better equipped to fully understand the effects of programming. We are usually generalists enough to understand that a change of use is sometimes demanded and that we shouldn’t try to desperately hold on to certain kinds of programming. But the profession itself should, in my opinion, really contain that kind of knowledge, simply because it’s so tightly connected to the actual design task. How can we change the relationship between buildings and the public unless we’re directly involved in programming ourselves?

Kjetil Trædal Thorsen is a founding partner at Snøhetta. The firm’s recently completed projects include the Ryerson University Student Learning Centre in Toronto and the expansion of the San Francisco Museum of Modern Art. 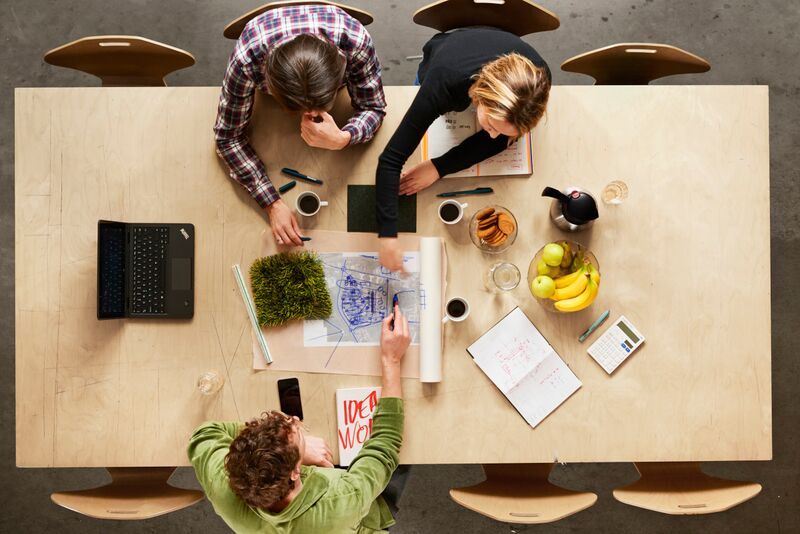