An ongoing exhibition at the Science Museum in London highlights the squalor of the UK’s midcentury public housing.

No running water, cooking on an open fire, no proper bedding, overcrowding, high infant mortality. This is the image of slum housing so graphically depicted by Charles Dickens in his novels of the mid-nineteenth century.

How shocking, then, to find similarly desperate conditions portrayed in photographs taken in the UK just over 40 years ago. The prints are on show at the new Media Space gallery of London’s Science Museum in Make Live Worth Living, which runs until January 18.

They come from a selection of a thousand such portraits shot by photographer Nick Hedges. Between 1968 and 1972, Hedges was commissioned by Shelter, a UK charity devoted to housing and homelessness, to document these squalid conditions. The charity wanted to highlight Britain’s inadequate housing and help raise money to speed up the slum clearance—the demolition of unacceptable housing and the relocating of its occupants. The pictures were subsequently used in its reports and poster campaigns.

Because much of the social housing stock of the UK’s towns and cities was Victorian, it had been allowed to fall into disrepair and beyond repair. In that respect, the German bombing of World War II at least speeded up the clearance process, Hedges points out. Even so, decades after the end of the war there was still much to be done. 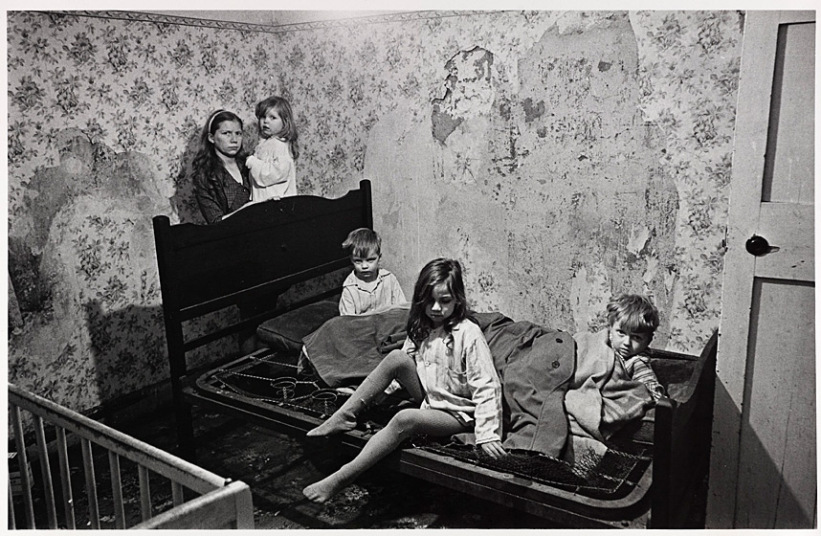 Birmingham, January 1969
A family sleeps on some old “macs” or raincoats in an unheated bedroom in the dead of winter

So Hedges, now a sprightly and engaging gentleman in his early seventies, set off around the country with his Leica to meet these beleaguered tenants, gain their confidence, and photograph them in their surroundings.

This is the first time the pictures have been shown in public, as until now their viewing has been restricted to protect the privacy of the subjects. The images are accompanied by Hedges’ descriptions, which bring tears to the eyes. Hedges’ documentary-style technique was to take pictures at the same time as interviewing his subjects. “Very little was involved in setting up the shoot. I would watch and listen and record people on the Leica,” he explains.

He didn’t use flash, instead relying on the natural light coming through a window, or on an overhead bulb—if there was one. “I sometimes changed the bulb for a stronger one,” a trick he learnt from the American photojournalist W. Eugene Smith, who worked for Life magazine in the 1950s. 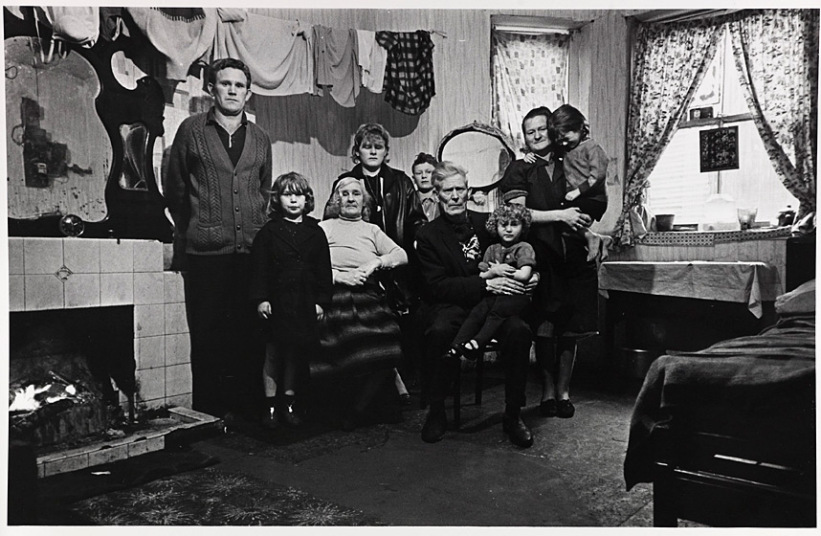 Liverpool Toxteth, November 1969​
An Irish family all living in a single basement room

The tenants were keen to draw Hedges’ attention to the miserable conditions—a hole in the wall where the rats got in, for example. But that wasn’t what he was after. “I knew that that wouldn’t be effective. I wasn’t a surveyor. I had to strike a balance between creating a human response from the viewer and showing the conditions. I had to make it about people in their environment and not just their environment.”

Hence Mr. and Mrs. B., who were both 19 years old, and were living in a 15 foot-by-10 foot room with their three small children in Peckham, south London. And Mrs. T. in the northern city of Sheffield, who took sleeping pills every night after putting her children to bed. Hedges’ note explains that she “had no gas, no electricity, no hot water, no bathroom. Her cooking was done on the fire in the living room”. 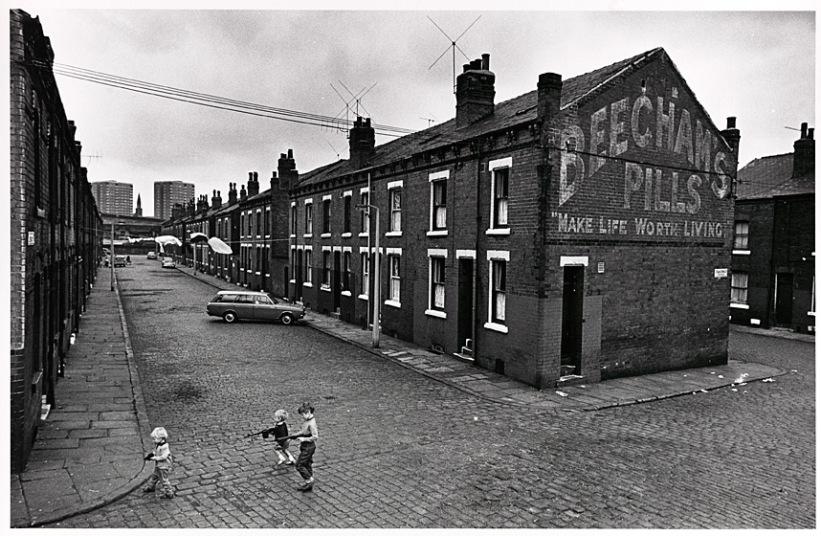 After talking to Mr. and Mrs. M. in Birmingham, Hedges asked to return later that day to shoot the four children at bedtime, which he did after changing the light bulb. “I didn’t set the shot up, I followed their rhythm,” he says. The image is grim enough, but his annotation speaks volumes. “These children were sleeping in the middle of winter on two sodden seat cushions covered by a couple of old ‘macs,’ there was no heating in the room, the snow lay thick outside and the windows were broken.”

More women than men appear in the pictures, because “men were very ashamed of the circumstances and it was terrible to feel that on their behalf,” Hedges says. 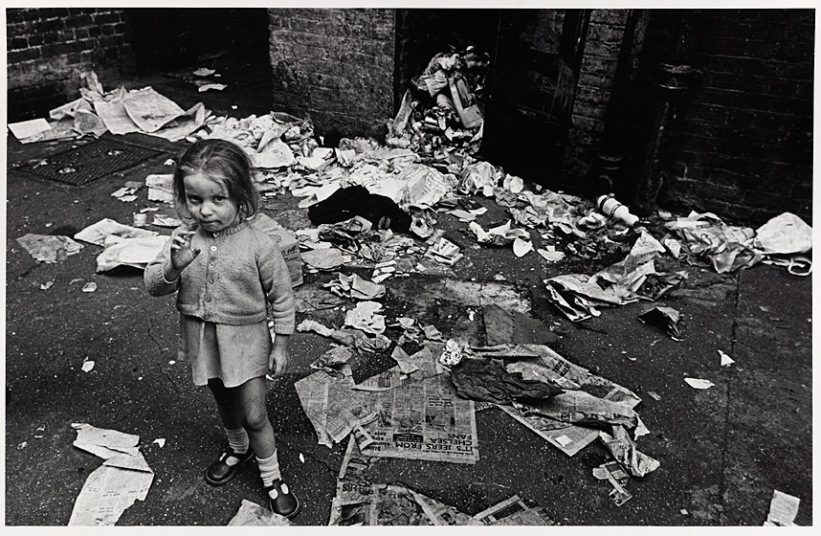 London, August 1969
The trash-strewn entrance to a basement apartment

The photographs are so arresting it is surprising to hear from Hedges that he was originally briefed to style the shoots in a studio. “Shelter asked me to go to advertising agency and choose models from a book. So I took a photo of a child in the studio, furnished with a Salvation Army bed. I thought, ‘I’m not doing this any more.’ I said wouldn’t it be a good idea to do real people in real locations in real situations.”

While these black-and-white images do look properly Dickensian, some current tenants of social housing may feel not much has changed. According to a recent report from Shelter, “England is now delivering fewer homes than in any peacetime year since the First World War, even before accounting for a much larger population and smaller households.” The upshot is a vast shortfall of up to 150,000 homes a year, and people languishing in poor-quality housing.