A new exhibition at the Carnegie Museum of Art in Pittsburgh charts the extraordinary career of silversmith Peter Muller-Munk. 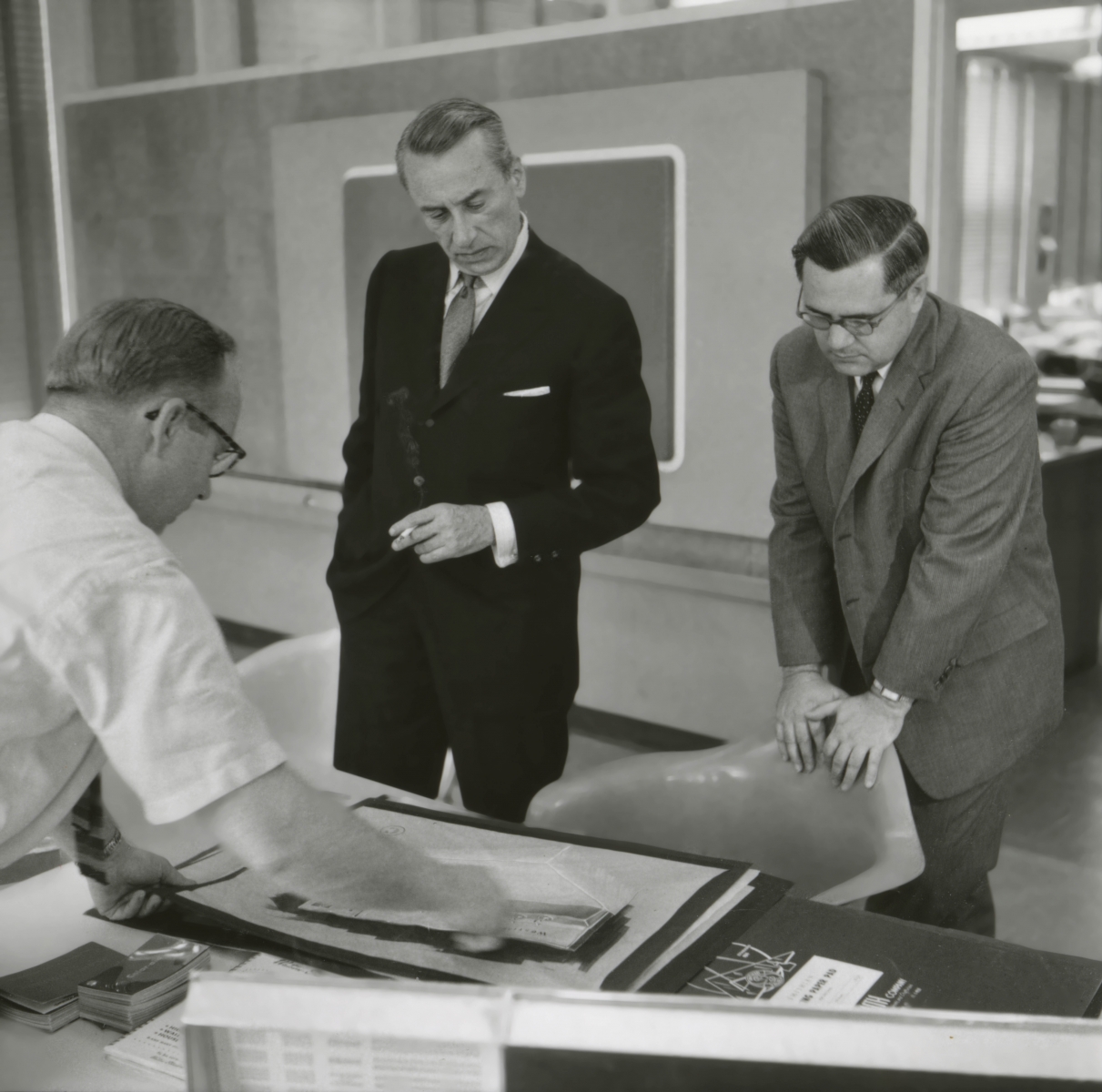 Peter Muller-Munk reviews the designs for Westinghouse appliances in 1957. The exhibition Silver to Steel: The Modern Designs of Peter Muller-Munk chars the silversmith’s extraordinary design career.

Hailing from a humanist family and formally trained in a German studio, designer Peter Muller-Munk arrived in New York City in 1926 at the age of 22. He wasted no time landing a job designing silver for Tiffany & Co., but his dream was not working at the bench in a New Jersey factory. Within a year he opened his own studio in Greenwich Village, garnering patrons who appreciated his craftsmanship and modern aesthetic.

Muller-Munk’s meteoric rise from those origins to becoming one of the country’s foremost industrial designers and educators is the subject of Silver to Steel: The Modern Designs of Peter Muller-Munk, which opens November 21 at the Carnegie Museum of Art in Pittsburgh.

When the economy imploded during the Great Depression, contracts for silver started to dry up, with only a few exceptions. One of those exceptions was in 1931, when Anne and Herbert Isenburger commissioned Muller-Munk to melt down their wedding silver to make a modern tea service with 90-degree angles and ivory handles, which can now be seen in the Metropolitan Museum of Art in New York. But beyond crafting silver, he found all kinds of applications for his skills, including reportedly designing a radiator cap for Nash and crafting a Monel metal front door grille for a New York City town house on the Upper East Side. In 1935, the Revere Copper and Brass Co. commissioned Muller-Munk to design the Normandie pitcher. Made of sleek chrome, the streamlined pitcher became the designer’s iconic calling card.

Thanks to his adaptability and innovative sensibilities, Muller-Munk’s career bridged the world of singularly crafted objects and the era of design for mass production. He was also instrumental in postwar product design, when heavy industrialization turned away from the war effort and toward products for the home.

During a conference panel with Muller-Munk in 1936, when Walter Dorwin Teague was asked how someone might be prepared and educated for the role of a product designer, Teague said he would rather do the work than teach it. Fortunately, Muller-Munk acknowledged a need for education in design in America, and later became the first instructor in the first industrial design program in the country, at the Carnegie Institute of Technology. He took advantage of Pittsburgh’s industrial environment, taking field trips to Fostoria Glass and Alcoa aluminum factories to study production methods. 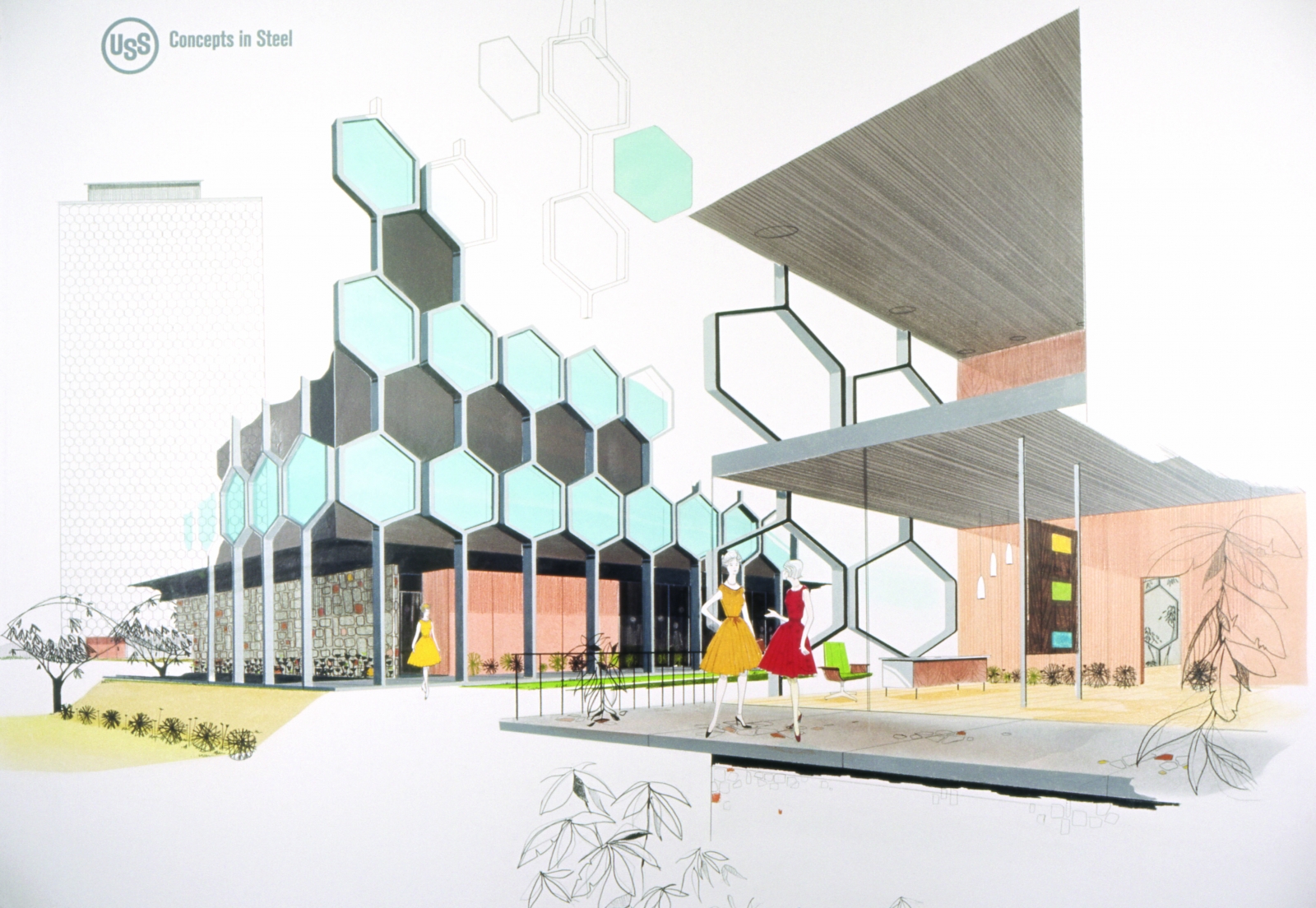 Between 1961 and ’63, U.S. Steel hired Muller-Munk’s design firm to promote architectural uses for the material in dozens of renderings. 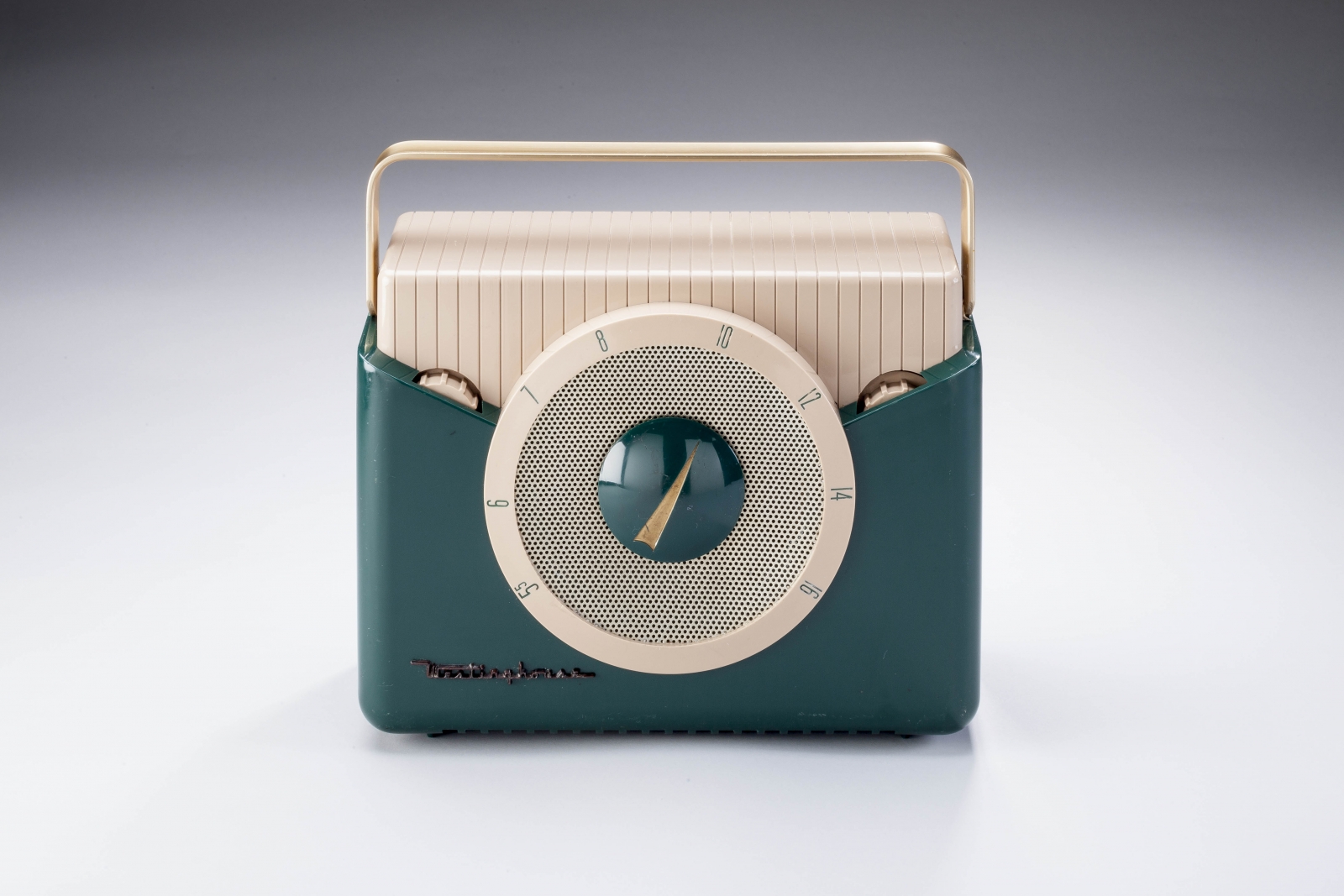 A Westinghouse portable radio from 1951 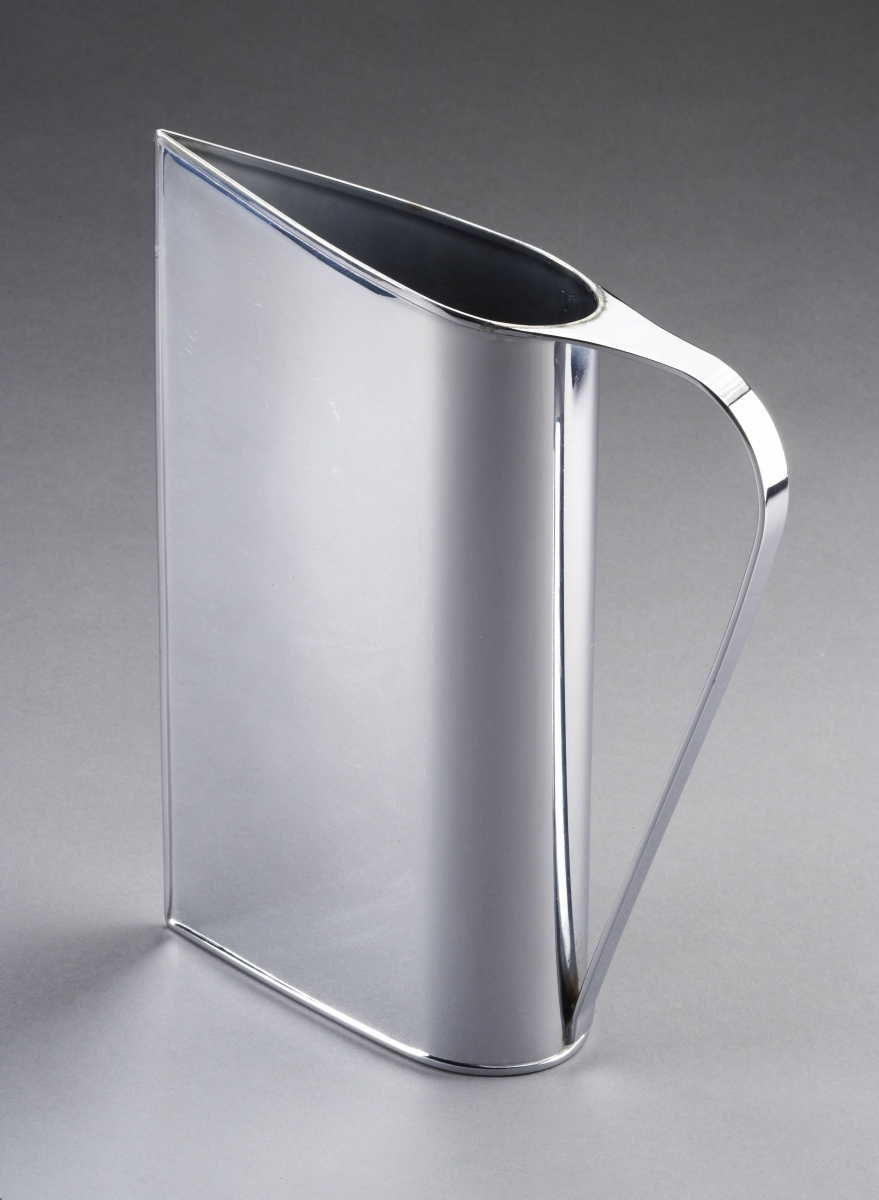 Muller-Munk’s most widely known design, the Normandie pitcher created for Revere Copper and Brass Co. in 1935 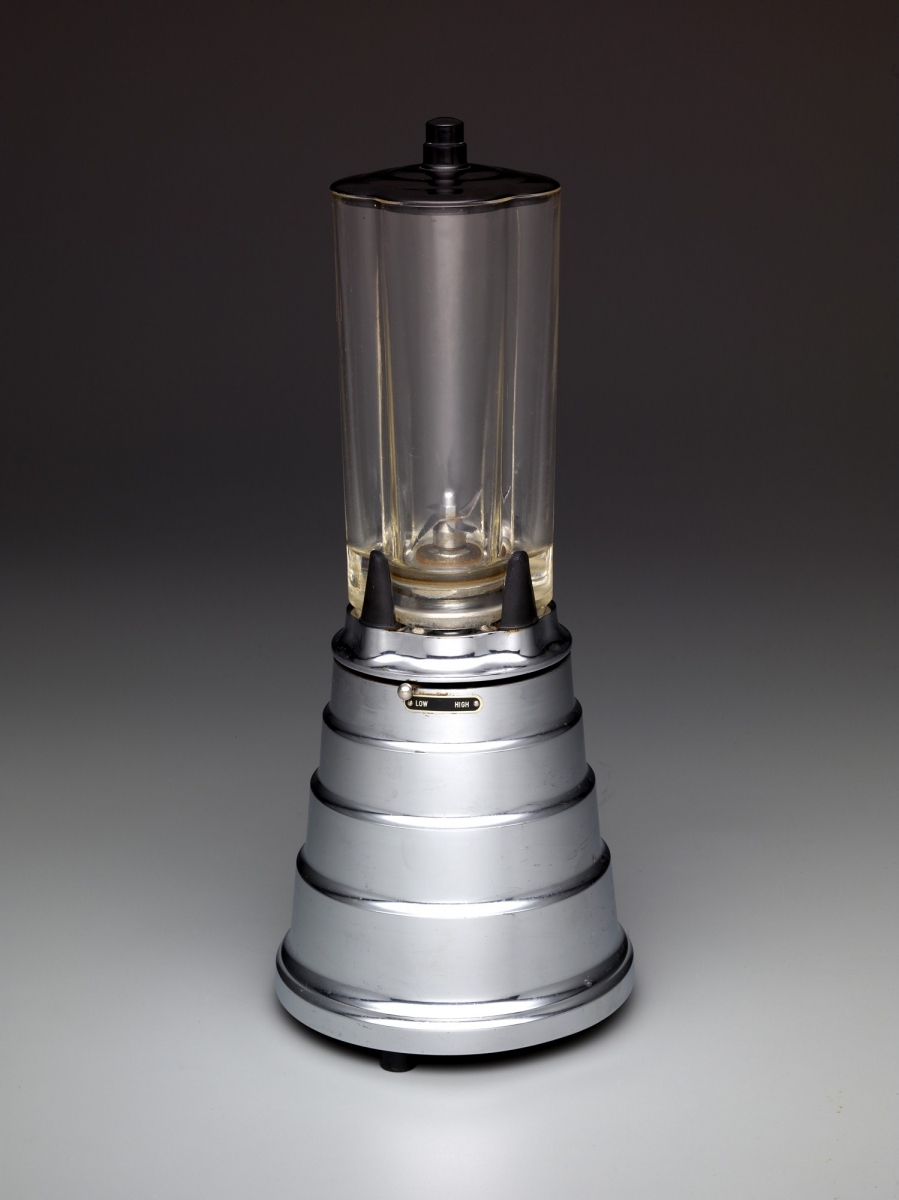 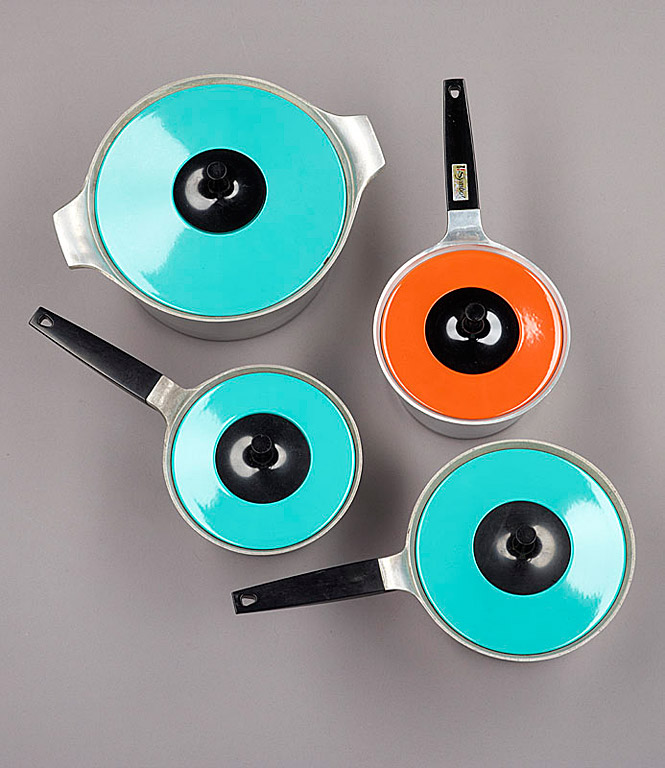 The Symbol line of cast-aluminum cookware, with porcelain-enameled lids, 1962