Planting for an Edible City

The Big Apple…Peaches, Pears and Figs

Brooklyn’s Jay Wong displays his new fruit tree, which he hopes will both enhance his back yard and someday produce edible fruit. He says the program is “a great thing for the city.”

With Christmas dinner just a few days away, the Green Team has food on our minds. While our last post took to the water, this one leads us back to the land and the trees that bear the delicious fruits we look forward to this time of year.

Lucky for us and our dreams of apple pie, food and trees go hand in hand. This fall marked a special event in New York when, for the first time in its history, the semi-annual MillionTreesNYC free tree giveaway exclusively featured edible fruit trees. Species included Indian Blood peach (Prunus persica), Asian pear (Pyrus pyrifolia), Chicago Hardy fig (Ficus carica), Prima almond (Prunus dulcis), and Pristine apple (Malus domestica). Giveaways ran through October, and 4,500 delicious new trees found happy homes in all five boroughs. With enthusiasm escalating for local foods, urban agriculture, and foraging, this number may not sound surprising! In fact, it presents the first large-scale planting event by the city. Giveaways focused on enhancing our urban edible landscape—enabling thousands to “forage” from their own backyards and setting a great example of how public interest in the local landscape can influence our built environment. 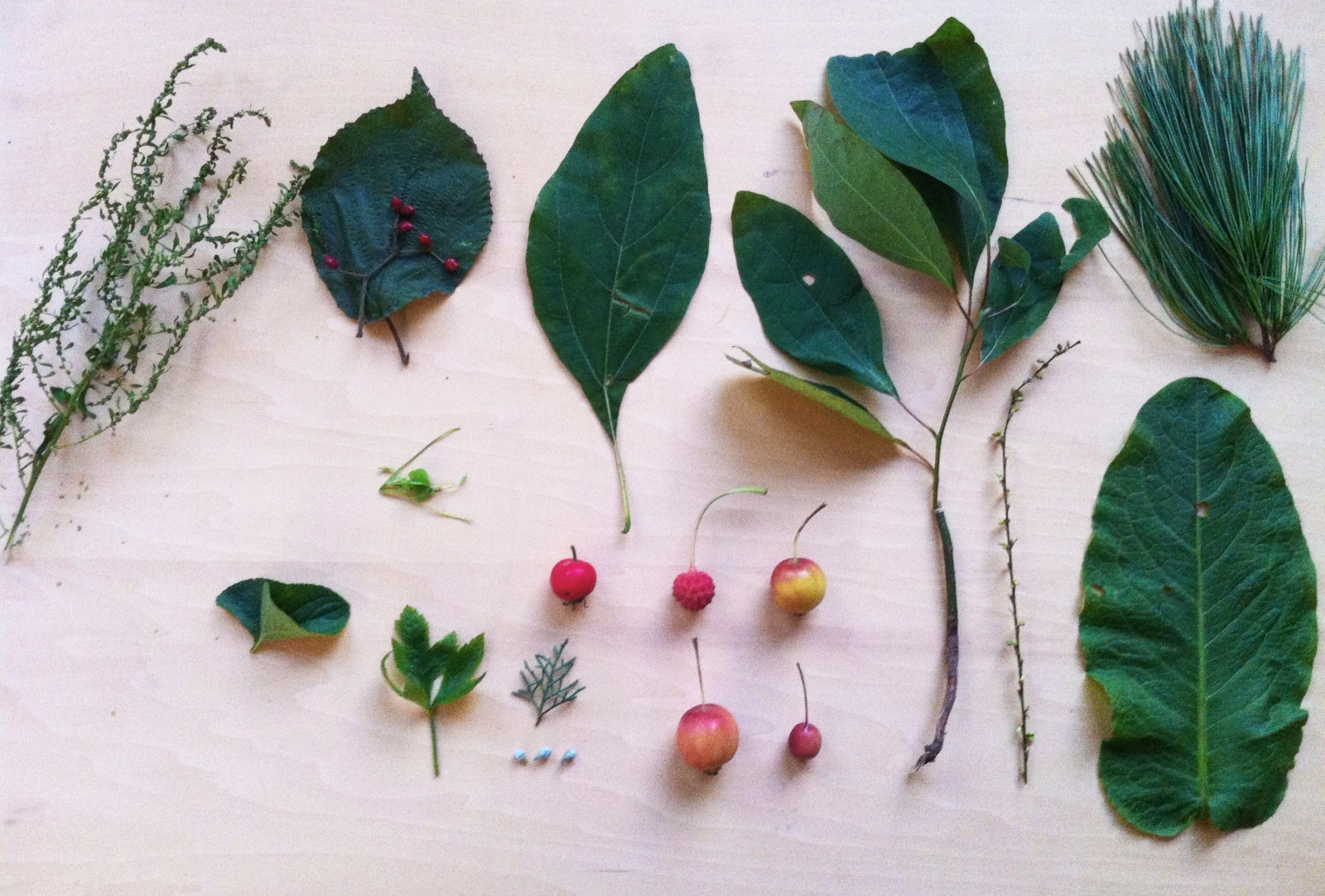 Edible species that can be found on New York’s public land include Juniperus berries, several varieties of Cornus, and the needles of Pinus strobus.

In order to adopt a fruit tree, MillionTreeNYC and NYRP required applicants to sign a contract taking responsibility for the trees’ planting and care, requiring that trees be planted in the ground on private property, away from street edges, property lines, parks, or other public property. A small percentage of these trees were planted in school yards and community gardens (as long as they were privately owned), but the majority landed in residential yards. While the 4,500 new trees are certainly a boon to the city’s air quality and general habitat, their locations make it difficult for many of us to find their fruit.

One reason planting was restricted to private property is so the giveaways do not overlap with other programs already in place for public land, such as tree plantings by the New York City Parks Department (NYCDPR) in public parks as well as streetscapes throughout NYC. While public parks do contain some edible species, there are many reasons why fruit trees such as those featured in the giveaways are generally discouraged for public site use (such as street trees). 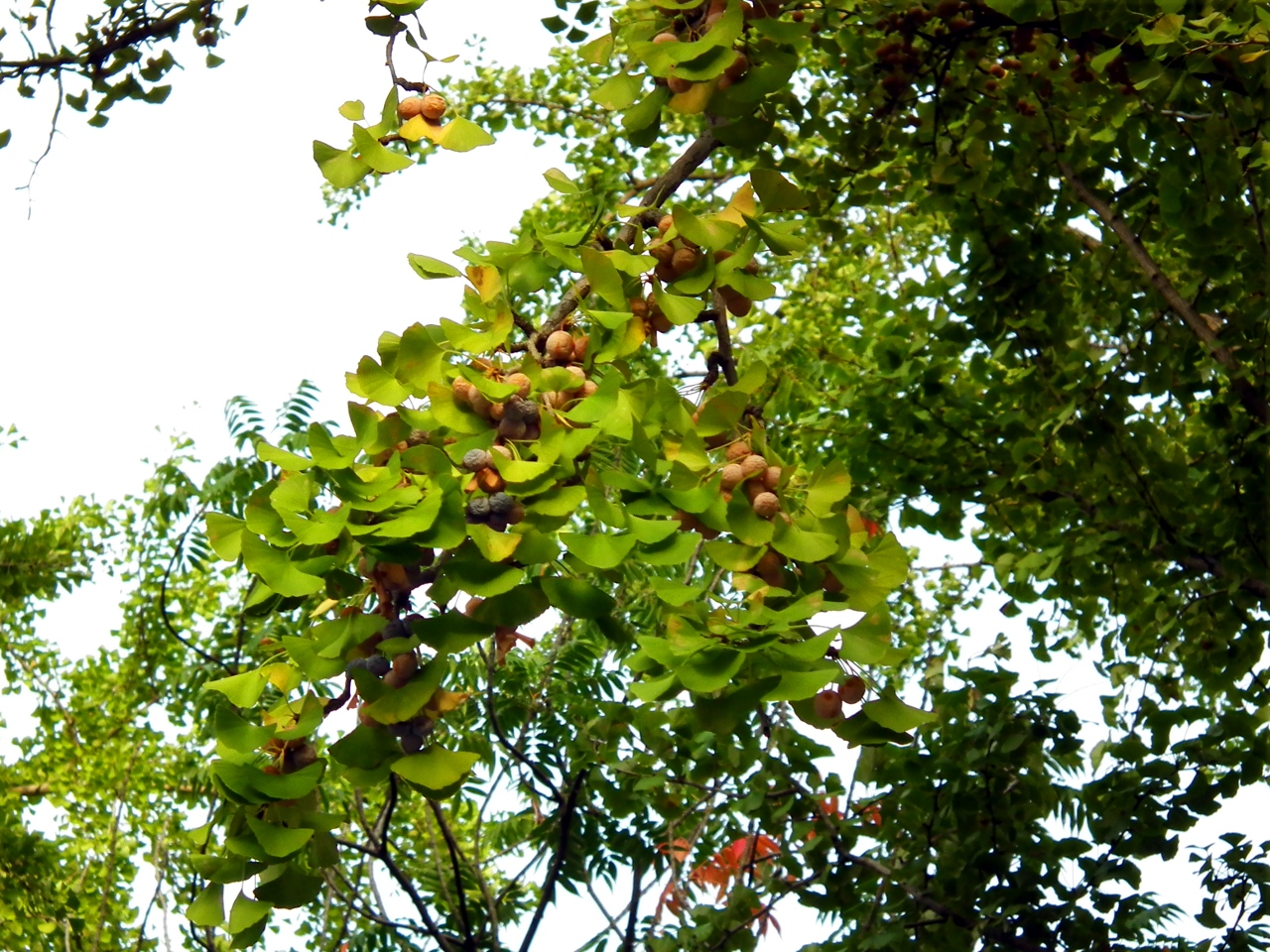 Ginkgo biloba is an edible species well-suited and common to New York street trees, but the fruiting female variety is typically discouraged due to the mess and aroma from its pungent nuts.

Despite rising public interest, edible landscape initiatives are also difficult to implement in public spaces in a city like New York. The suitability and survivability of these plants can be compromised in tough urban sites. Ample sunlight can be a challenge due to the shade of surrounding buildings. In locations like sidewalk tree pits, trees have to be tolerant to challenging conditions such as road salt, pollution, poor soil quality, and limited water. Additionally, our city’s open green space is in high demand by a variety of user groups, making public edible landscapes difficult to balance with other needs. Falling fruit or flower debris can sometimes be considered messy or hazardous, limiting how the space below a tree can be used.

Learning to hunt for edible plants in a way that protects the health of both foragers and ecosystems also requires some plant education. Not all fruit is safe to eat, and sometimes species that are edible in one part may be poisonous in another, so thorough knowledge of plant species and their anatomy is key. Soil contamination is also common in urban sites and various plants may hold or process toxins from their environments in different ways—such as storing them in roots, leaves, or fruit—so safe soil conditions should be verified before planting or picking. Finally, many birds, insects, and other animals share our tastes in fruit, and human foragers may unknowingly increase the competition for the limited food or habitat that they rely on, or may adversely affect strained urban ecosystems. 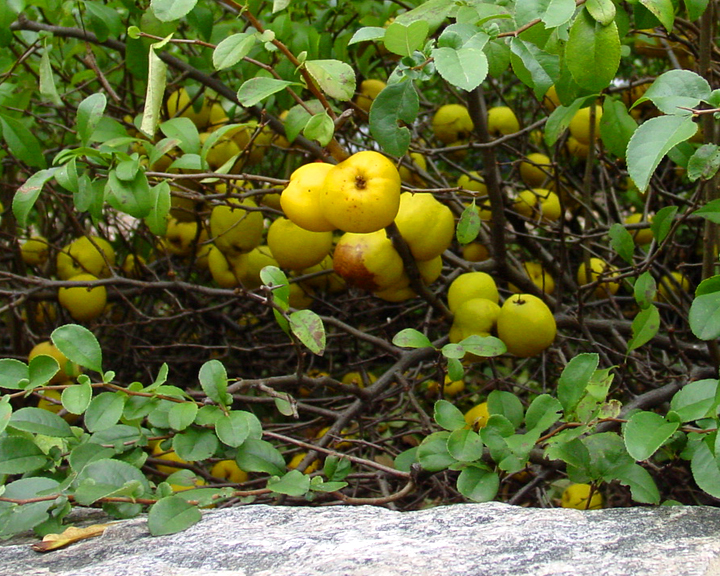 Chaenomeles speciosa (or “Cameo”) is a popular source of fruit for local residents and employees in this landscape designed by Mathews Nielsen for a day school campus in the Bronx.

As landscape designers, these are some of the same considerations we face when determining whether or not edible plant species are appropriate for a project based on site conditions and programmatic needs. Fruit trees are often omitted from a design due to the messy staining they cause to materials below, or in playgrounds or schoolyards where dropped fruit could pose a safety hazard. Alternatively, in other projects, fruiting species like quince have become a beloved feature of a site, where users return to harvest fruit each year.

While these edible efforts are fairly new to New York City, the MillionTreesNYC’s fruit tree giveaway is an event to celebrate. Somewhere out there, across the five boroughs, the city has a new orchard that would comprise nearly 30 acres if planted collectively, approximating two Central Park Sheep Meadows. And that’s a lot of apple pie.

Up next for the Green Team: our ongoing encounters with another type of urban forager we may all be a little too familiar with…rats!

Emily Gordon is a guest writer for the Mathews Nielsen Green Team and a practicing landscape designer at the firm. Her interest in edible landscapes reflects a long term engagement with the overlaps among public and private land use, natural resource accessibility, and the designed environment. She received her MLA from Harvard University, where her studies included foraging trips and land use research in Scandinavia and the United States.