The organizer of “Architecture of Independence–African Modernism” discusses how the continent’s bracingly modern buildings reflected notions of liberation and autonomy.

As Sub-Saharan countries gained independence from their colonial powers in the 1960s, many of them became a hotbed of architectural experimentation. Architect and author Manuel Herz, who has curated Vitra Design Museum’s exhibition Architecture of Independence–African Modernism, sheds light on more than 80 of these mostly forgotten homages to optimism.

Clare Dowdy: What triggered your interest in the post-colonial architecture of Central and Sub-Saharan Africa?

Manuel Herz: I was in Nairobi a couple of times around 2007 and noticed the architecture of that period was of outstanding quality but virtually unknown outside Kenya. This triggered an interest to research the whole of Sub-Saharan Africa. I found that the political urgency that existed at the time of the independence process is embodied in the architecture.

CD: How would you describe the quality of the buildings you discovered?

MH: They have an expressive quality and are often quite heroic. There’s a level of experimentation with facades, for example—louvers, sun screens, brise soleil, an almost three-dimensionality of the façade to work with the climate. The general form is often very sculptural, and there’s often exquisite attention to detail. 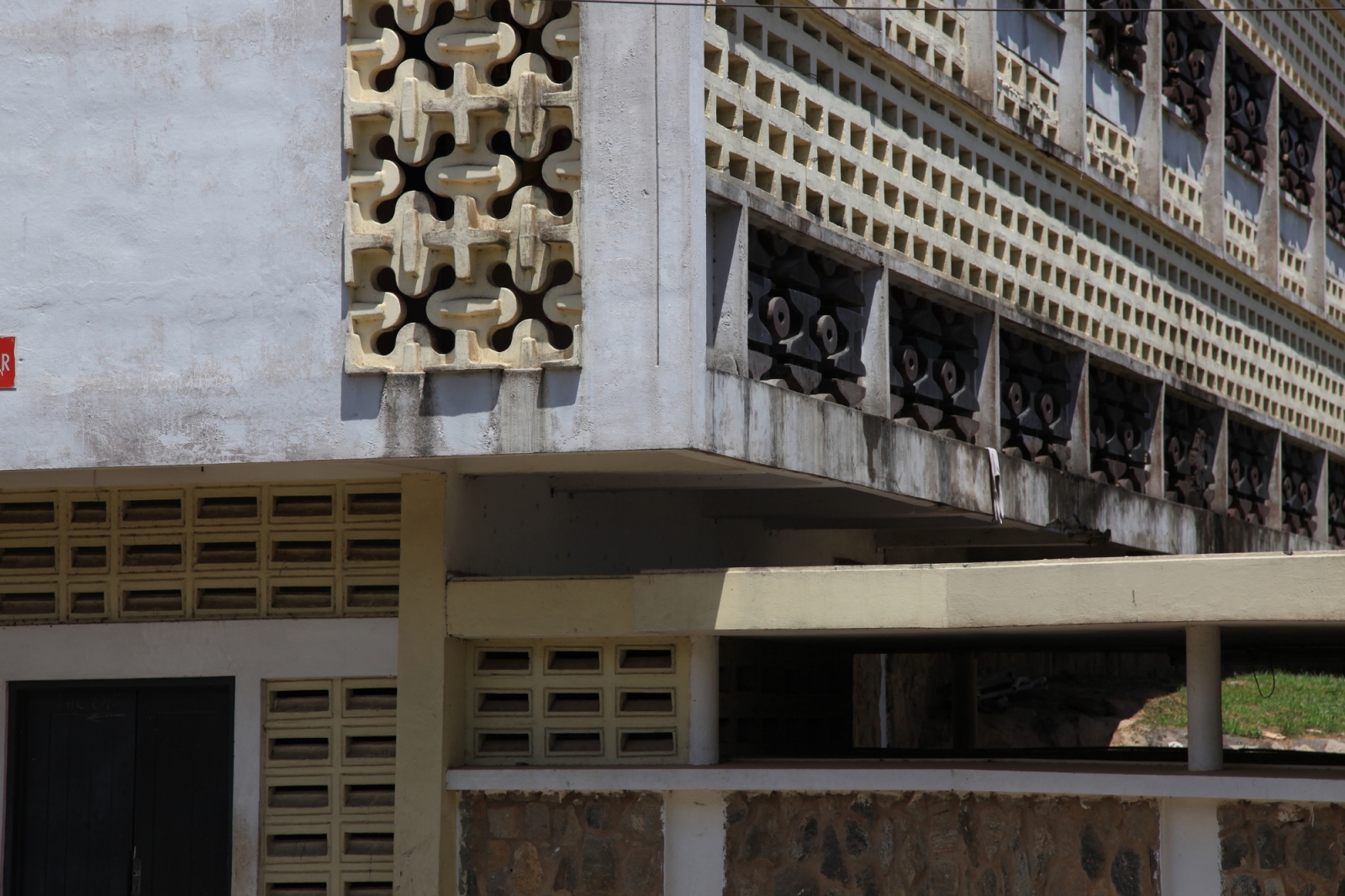 CD: How did you pick the countries and the buildings?

MH: We chose five countries that gained independence between 1957 and 1964, which was the most active period of independence: Kenya, Côte d’Ivoire, Zambia, Ghana and Senegal. These countries span from east to west, and from the north just below the Sahara, to the south. They also map the continent’s different geographies and climates, and cover the two main colonial powers, France and the U.K. They were chosen for the quality of the architecture we expected to find there. We could have included others, such as Nigeria and Tanzania, but that’s for a second phase or for others to pick up.

We did a lot of research before traveling, but quite a number we literally stumbled upon as we drove past. For some buildings we couldn’t find a single entry in any archive or any documentation. This was the case with the Faculty of Law of the University of Dakar in Senegal. We suspect that it was designed by N’Gom, a local Senegalese architect, and we’ve ascribed it to him because it is comparable to some of his other work. 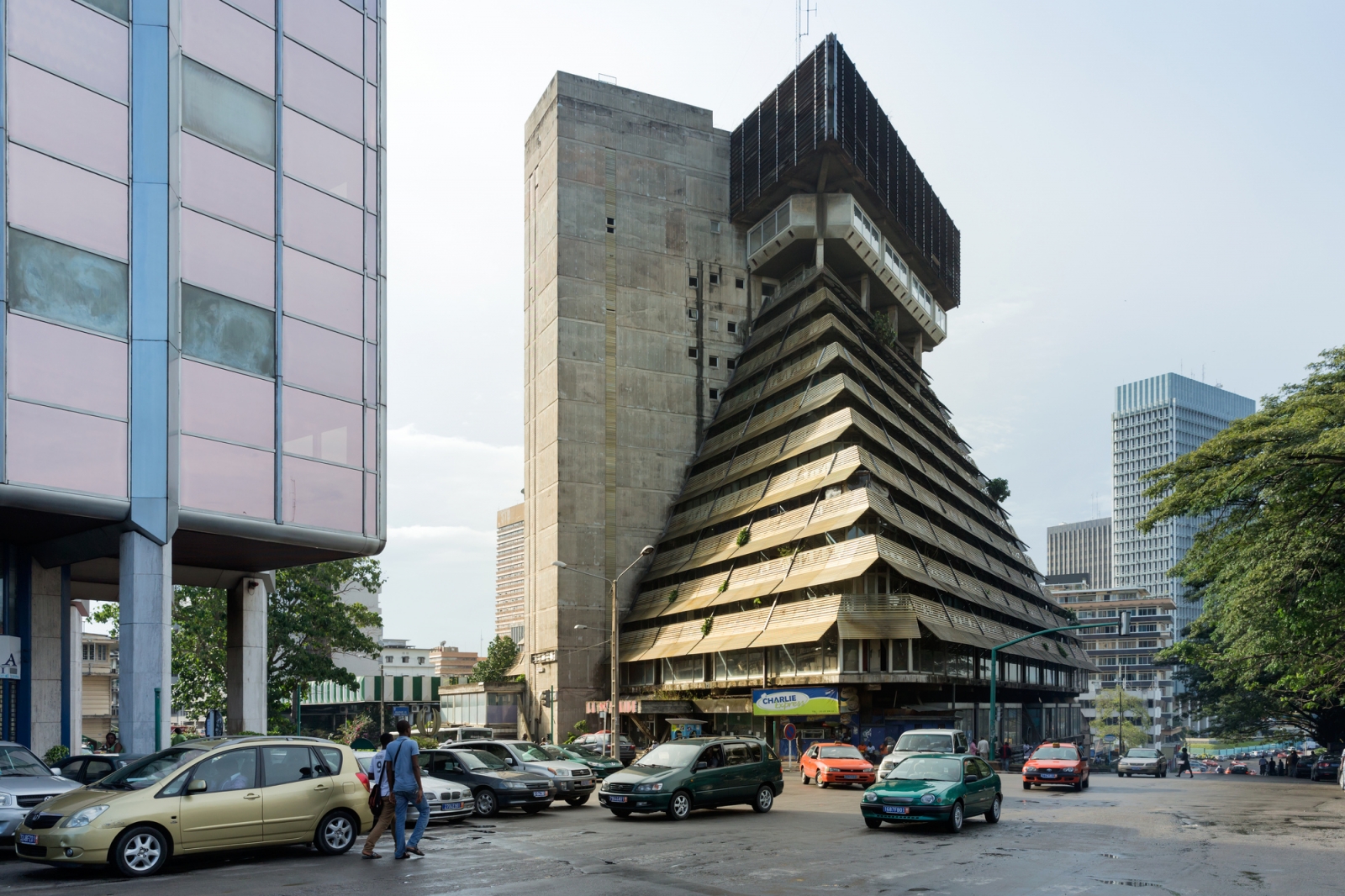 CD: Was it unusual for the architects to be local rather than foreign?

Only around ten per cent of the buildings that we have documented are by local architects, which is not surprising because there was not a single faculty of architecture on the continent at the time, excluding South Africa. This basically excluded the local population from becoming architects. The very few that did studied architecture in the colonial powers, but those who had the chance were the exceptional few. We can’t blame the nations for resorting to foreign architects for building these institutions.

CD: Where did the foreign architects come from?

MH: Not surprisingly some architects came from the former colonial powers, and had often been present and active before independence. Henri Chomette was one such architect—a French architect who moved his office to Africa and became an incredibly successful and talented architect. He designed Dakar’s Hotel Independence.

A surprising number of architects were Israeli, because Israel was seen as another country that had overcome colonialism from the British in 1948. And they had experience of building in difficult hot climates. 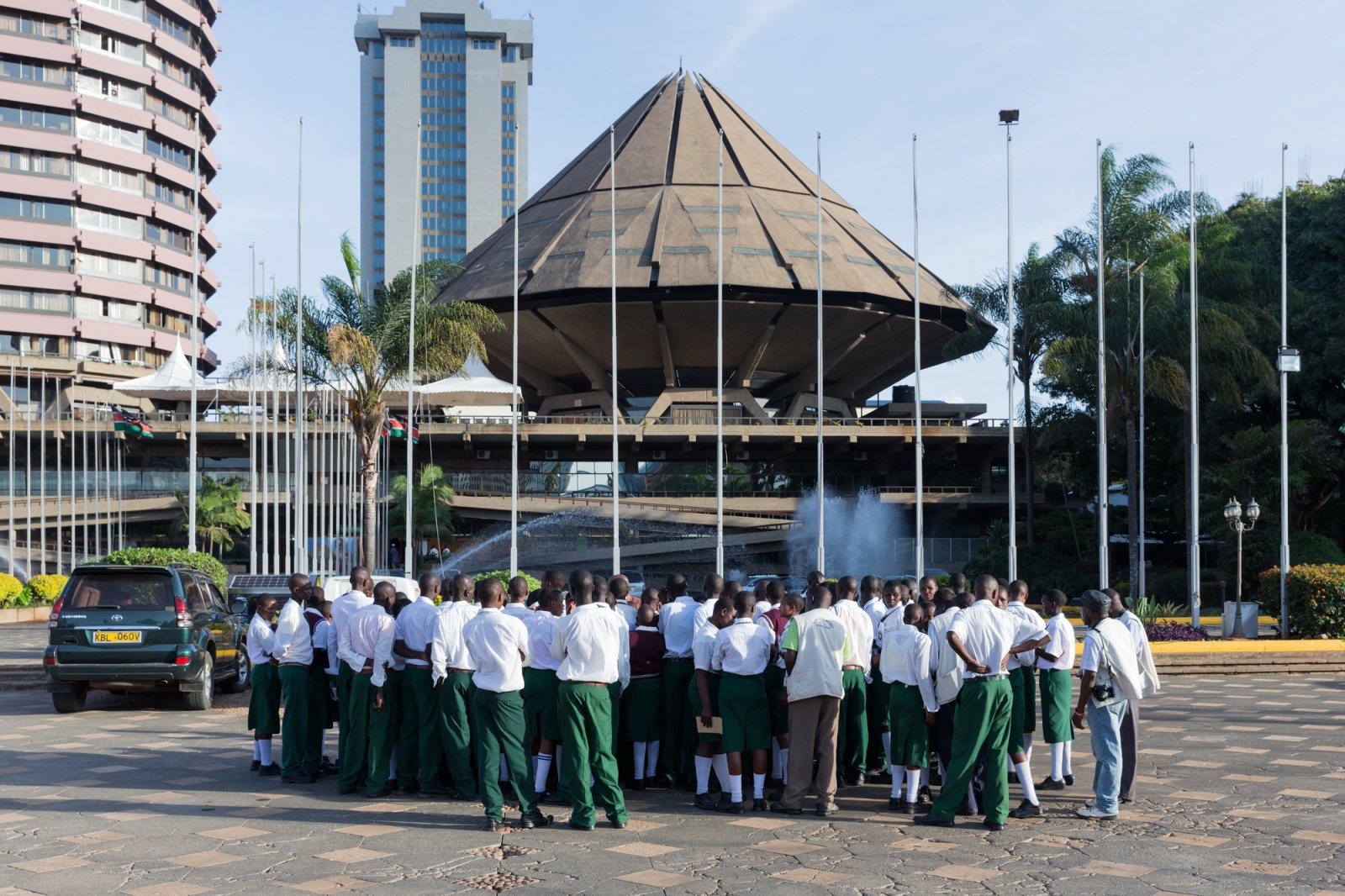 CD: Can you highlight any particularly successful buildings of that period?

MH: The Kenyatta International Conference Centre was beautifully designed with a tower surrounded by a large conference center. It was built as the venue for the first meeting of the International Monetary Fund and World Bank in Africa, in 1973. The Kenyans are incredibly proud of that building, it symbolizes autonomy for them.

FIDAK–Foire Internationale de Dakar (International Fair Ground) in Senegal by Jean Francois Lamoureux and Jean-Louis Marin is one of the most brilliant examples of 1960s and 70s architecture worldwide, but virtually unknown. Forget Niemeyer, look at Marin and Lamoureux! 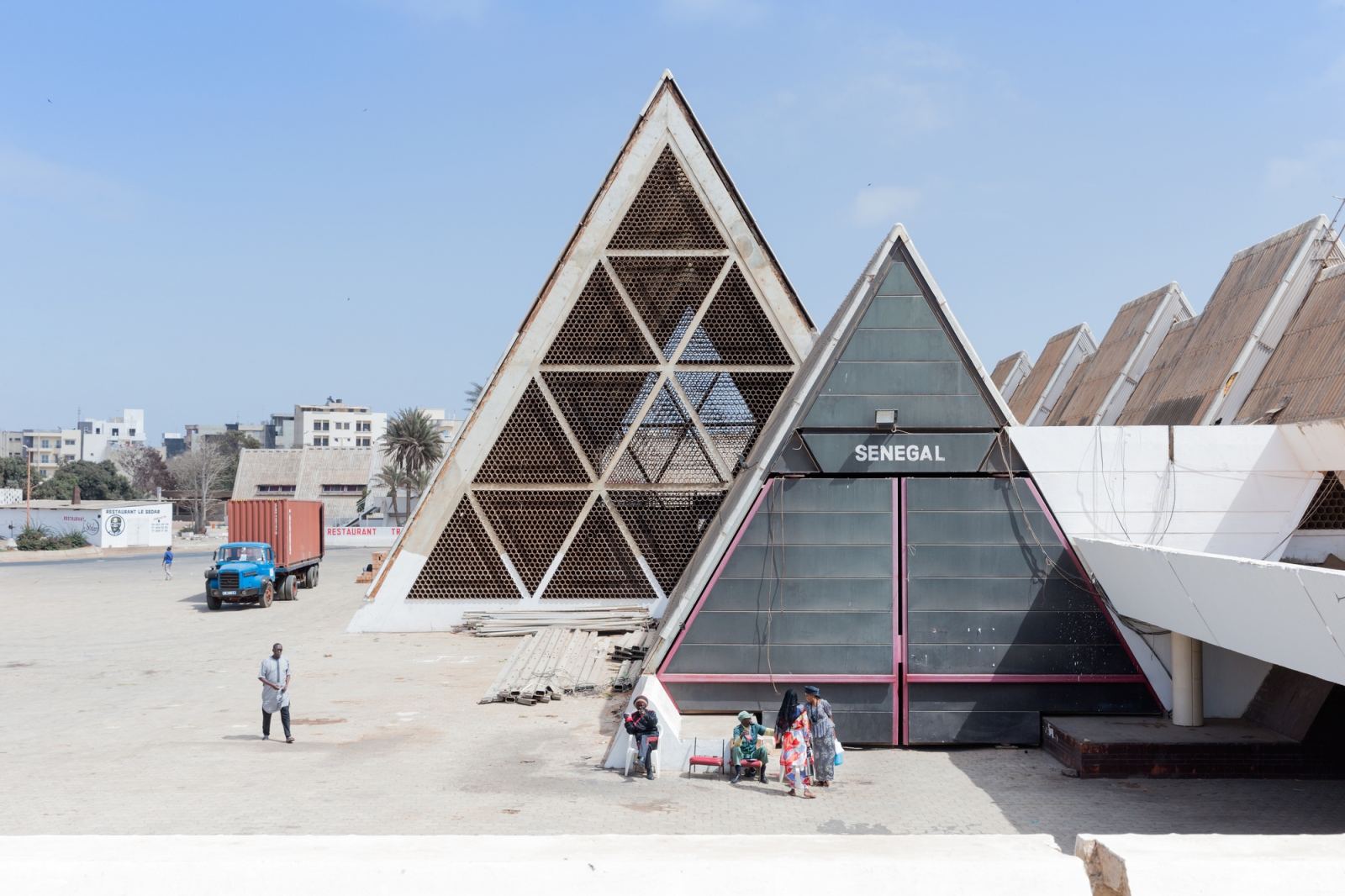 CD: Which structures, in your opinion, were less successful?

MH:  The first president of Côte d’Ivoire, Félix Houphouët-Boigny, moved the capital from Abidjan 170 miles northwest to his birthplace, the village of Yamoussoukro. It has failed as a capital, and has ten- or 12-lane highways with virtually no cars. On the other hand, although it was clearly a vanity project, it brought several universities and schools to the center of the country and made education at a high level accessible to that population. 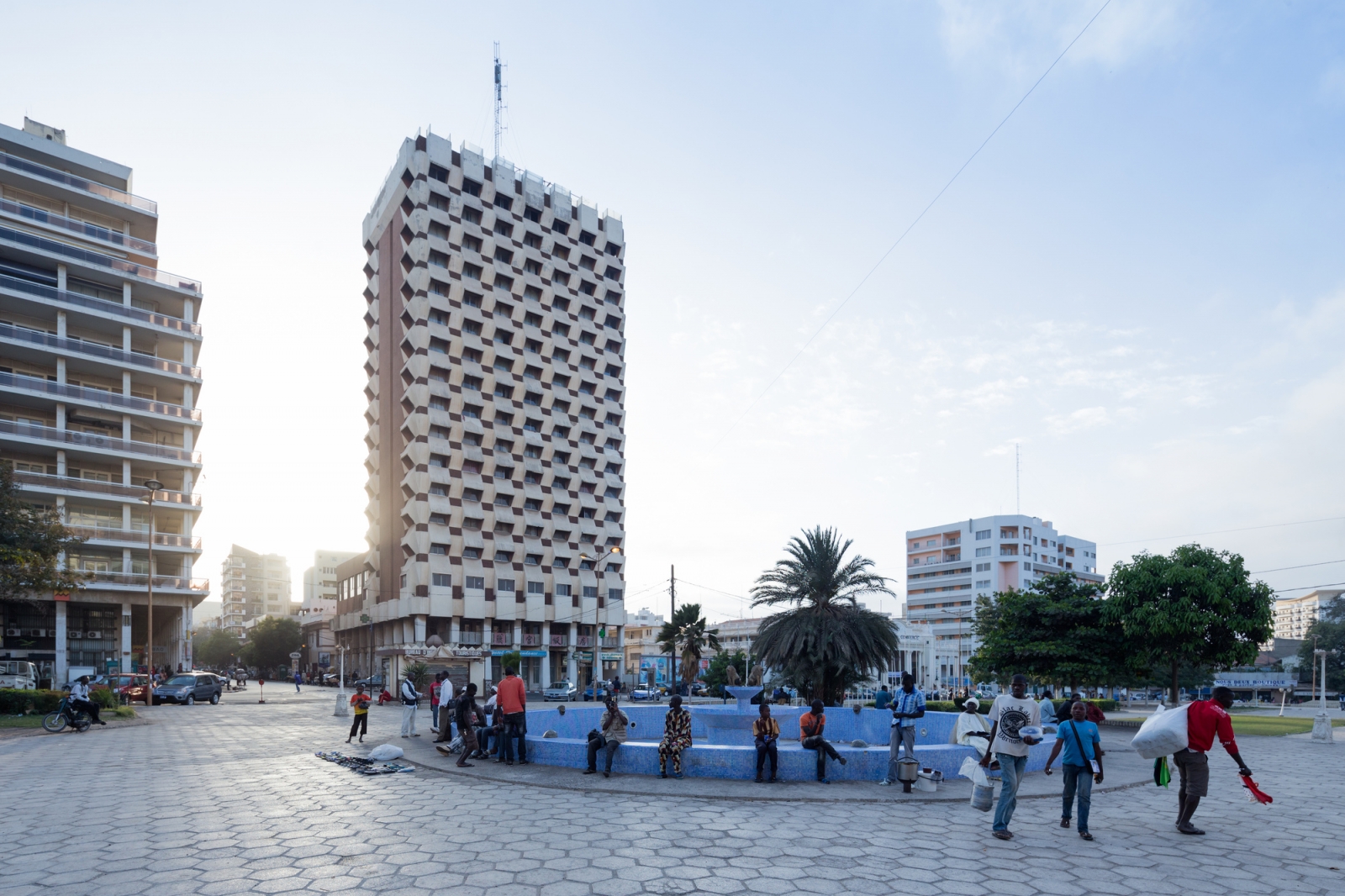 CD: How are these buildings viewed in their home countries?

MH: This period is not taught as architectural history in the universities, and as a result, there is a lack of appreciation for it. But that is not so different in the West—even in Britain you tear down masterpieces. The voice of the local architects is a bit weaker in the countries of Sub-Saharan Africa than it is in Europe. We owe it to these buildings and to this period to bring them to the attention of the general public, and to the attention of architects’ discourse.

CD: What can these buildings hope to tell us about Africa?

MH: When we think of Africa we think of the continent as being a unit, without differentiating between the countries. Our first thoughts are of poverty and lack and deficiency. This is not correct and is prejudiced. I’ve tried to show the incredible cultural production and to shift this image. And perhaps the next time we think about Africa we won’t think about misery but about grandiose architecture.

Architecture of Independence–African Modernism opens on March 20th at the Vitra Design Museum Gallery, Weil am Rhein. It runs through May 31, 2015.