From Shaker Chic to High-Tech Husbandry, Reflecting the Rural in Design

The countryside continues to underpin our urban imaginings. 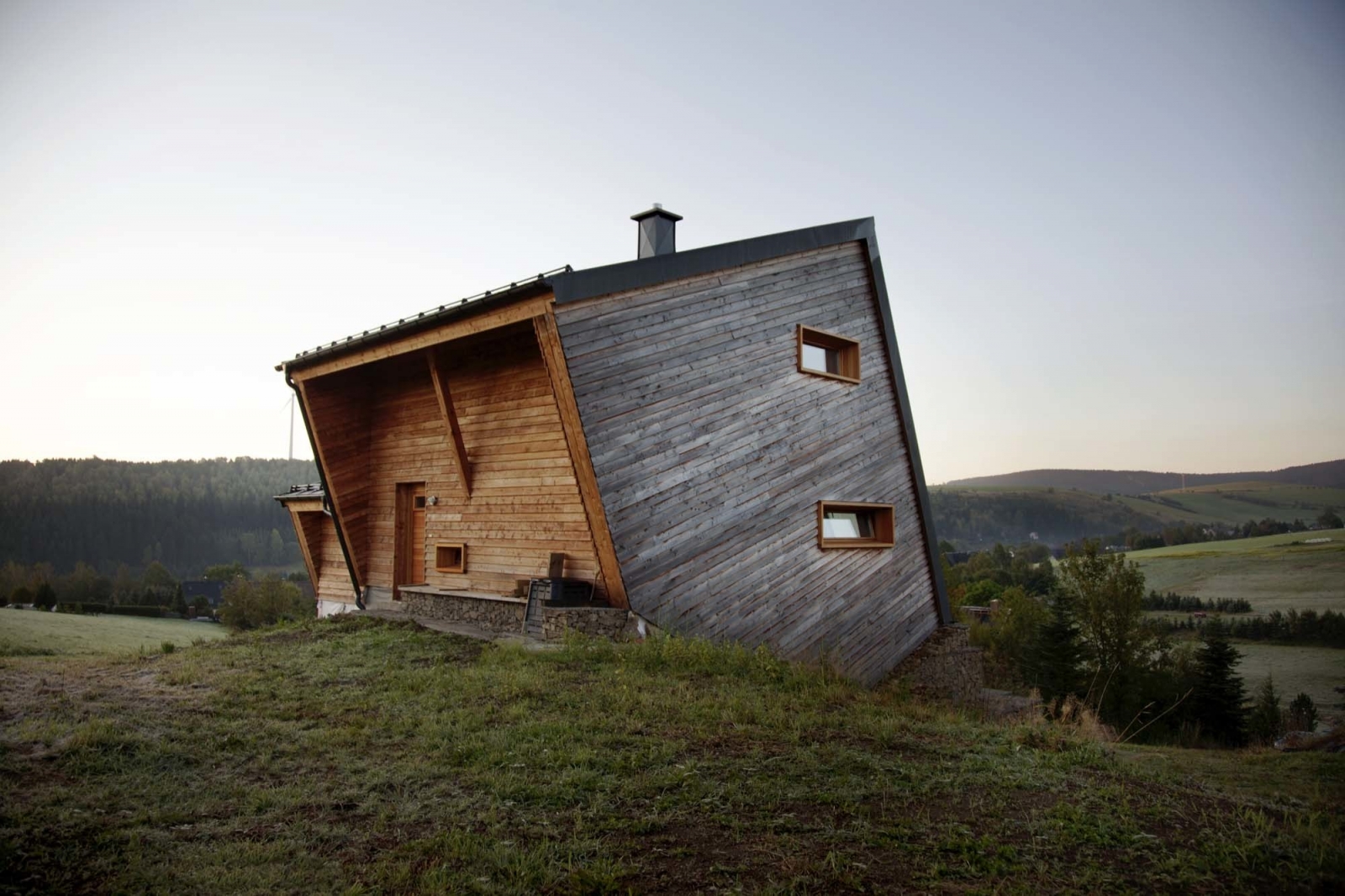 ​Symbols of premodern life maintain a stubborn presence in our millennial lifestyles. A cabin in the woods, a milking stool by the couch, a well-made ax on the wall—these may be the most visible elements of pastoral life that we have begun to aspire to, but there are also some very real ways in which the countryside underpins our urban imaginings. 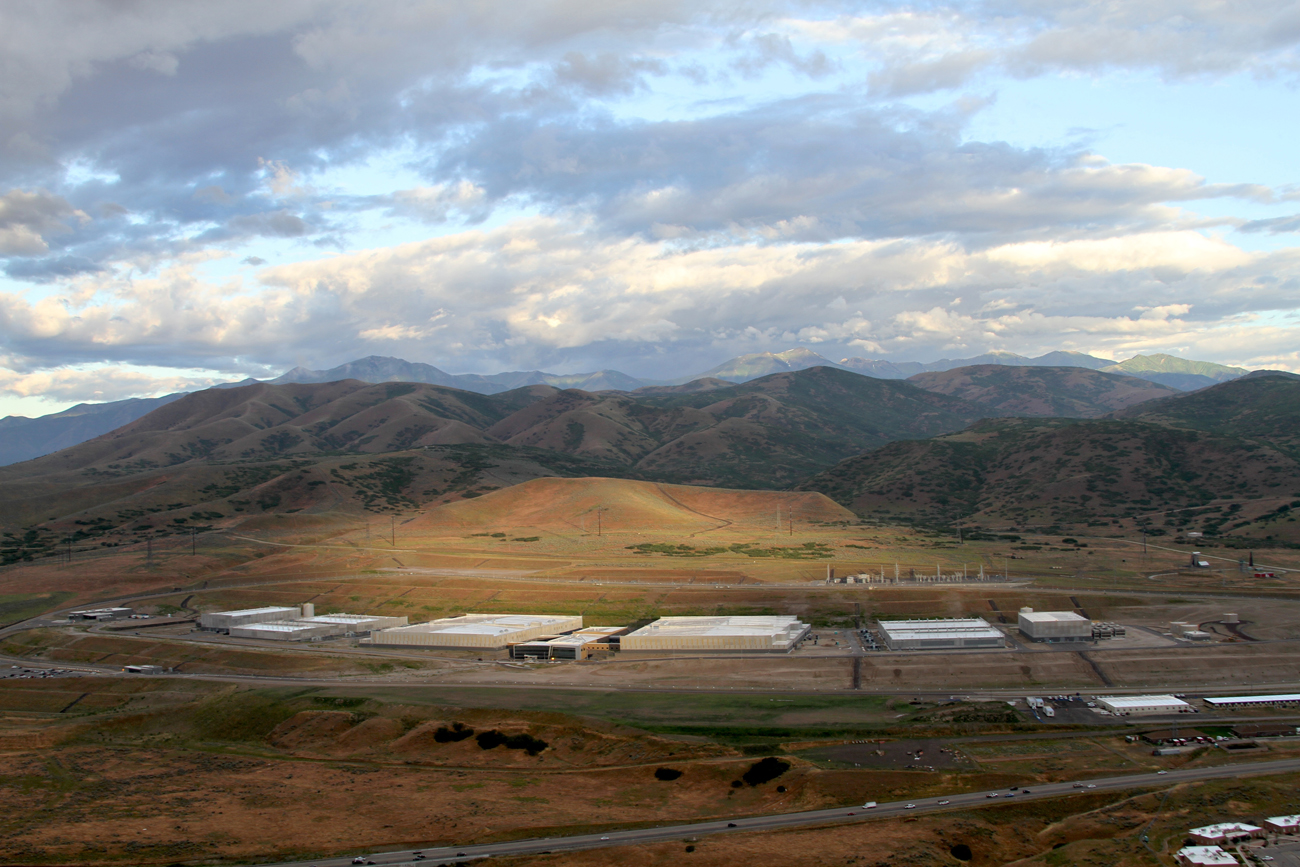 The National Security Agency’s data center in Bluffdale, Utah, is a $1.5 billion, one-million-square-foot facility that encompasses 20 buildings and is certified at a LEED Silver level.

The fetish for a simpler time is understandable; the present moment is ever more complex, and the “rural” provides a convenient location to stage our premodern, utopian visions. But because it is essentially terra incognita—a hazy amalgam of “out there,” “factory farming,” and “tradition”—the rural also becomes an attractive place to hide the immense material armatures of contemporary urbanism. Adding to this miasma of place is a rush by tech companies and government agencies to acquire large lots of cheap,underdeveloped land where they can sprout expansive server farms, enriched by the detritus of our jittery dreams. As data infrastructures move even further to the periphery of our perception, the purifying promise of the rural remains a cloudy fantasy. 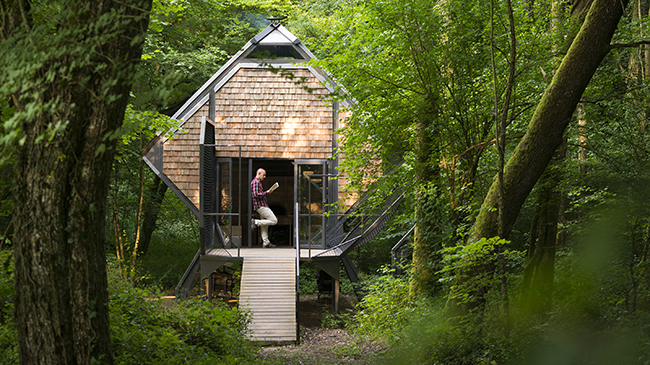 Designer Matali Crasset’s Maisons Sylvestres (French for “feral houses”) were built as campers’ residences in and around the Vent des Forêts, a woodland art center in France’s Lorraine region.

The cabin—a remote but well-equipped shelter—is fashioned by contemporary designers as the stage set for the drama of escapism. For Henry David Thoreau, the distant cabin by the lake was a temple of self-discovery by way of dutiful isolation, though even then it was already seen by some as a naive and privileged attempt to flee the pressures of society. Conversely, for the Boy Scouts, a shed in the woods is less of a getaway or a retreat and more of a survival tactic of hardy partisans, at odds with the kind of quaint, Thoreauvian contemplation Michael Pollan affectionately finds in A Place of My Own. The preciously designed cabin, then, relies on but subverts these narratives. The tacit offer is to escape the world in a flat-pack box and to retreat from the ills of modernity into the gentle bosom of consumption. 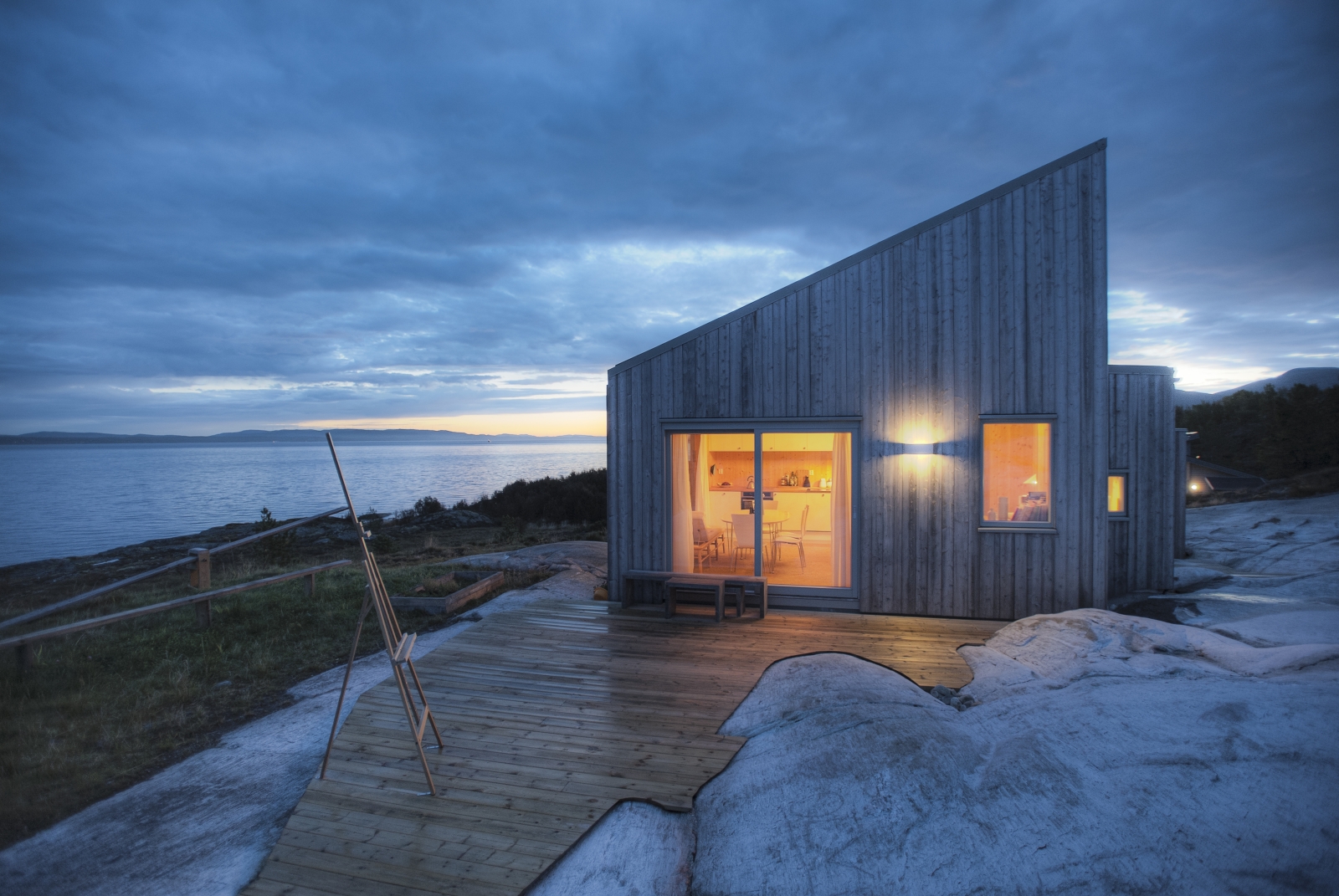 This cabin in Norway, by TYIN Tegnestue Architects, was built by the clients themselves. A sustainable 646-square-foot cottage within walking distance of the sea, it is clad in spruce harvested from the clients’ own forest. Its modesty harks back to the rural Norwegian culture of a few generations ago, recalling a lifestyle built upon farming, fishing, and lumbering. 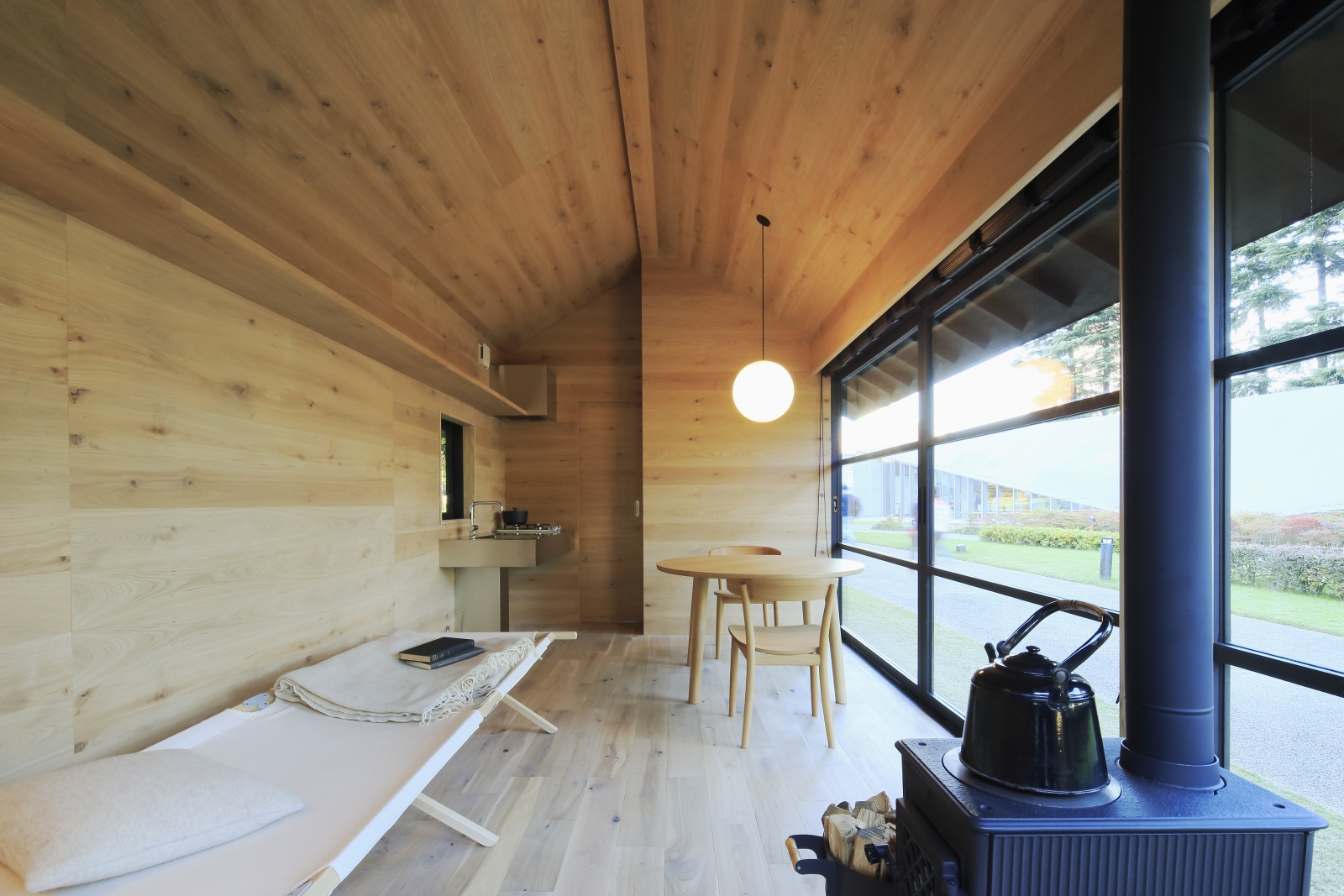 Naoto Fukasawa was one of three designers who designed woodsy prefab micro-homes for a 2015 Muji campaign. 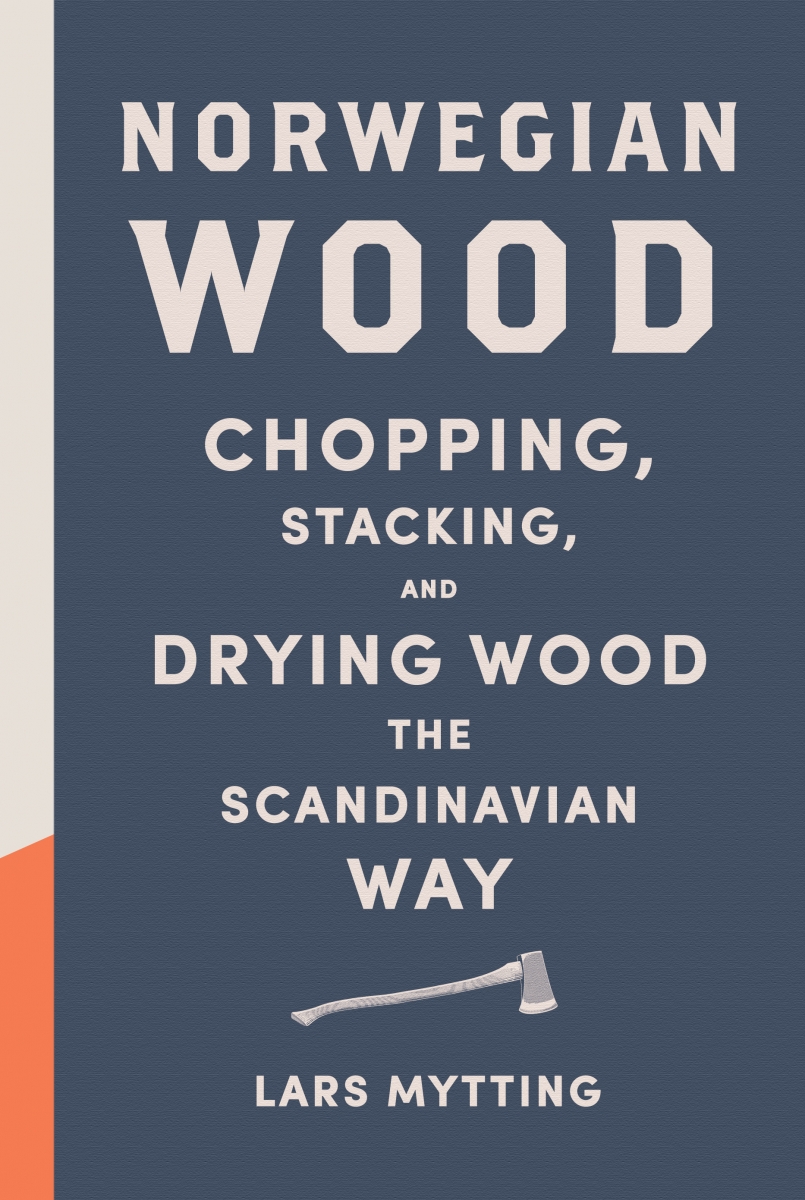 The well-designed pastoral life requires more than equipment; it calls upon know-how, self-reliance, and the rough-hewn frontier pragmatism that is an extreme form of the ethos of today’s DIY maker. And while the frontiersmen of yore relied on peers and elders to gain precious expertise for taming the elements with panache, the modern back-to-the-lander is served by a booming publishing industry of homesteading and survival-skill guides. Burdened with the weight of optimism by their resigned baby-boomer parents, can-do millennials see the acquisition of skill as another consumable that’s always available on demand. Whether advising on how to maintain a chicken coop or shuck oysters, these low-tech, glossy primers for a life of purpose are as useful in the kitchen or the garden shed as they are effective at signaling an earnest industriousness from the curated coffee table. 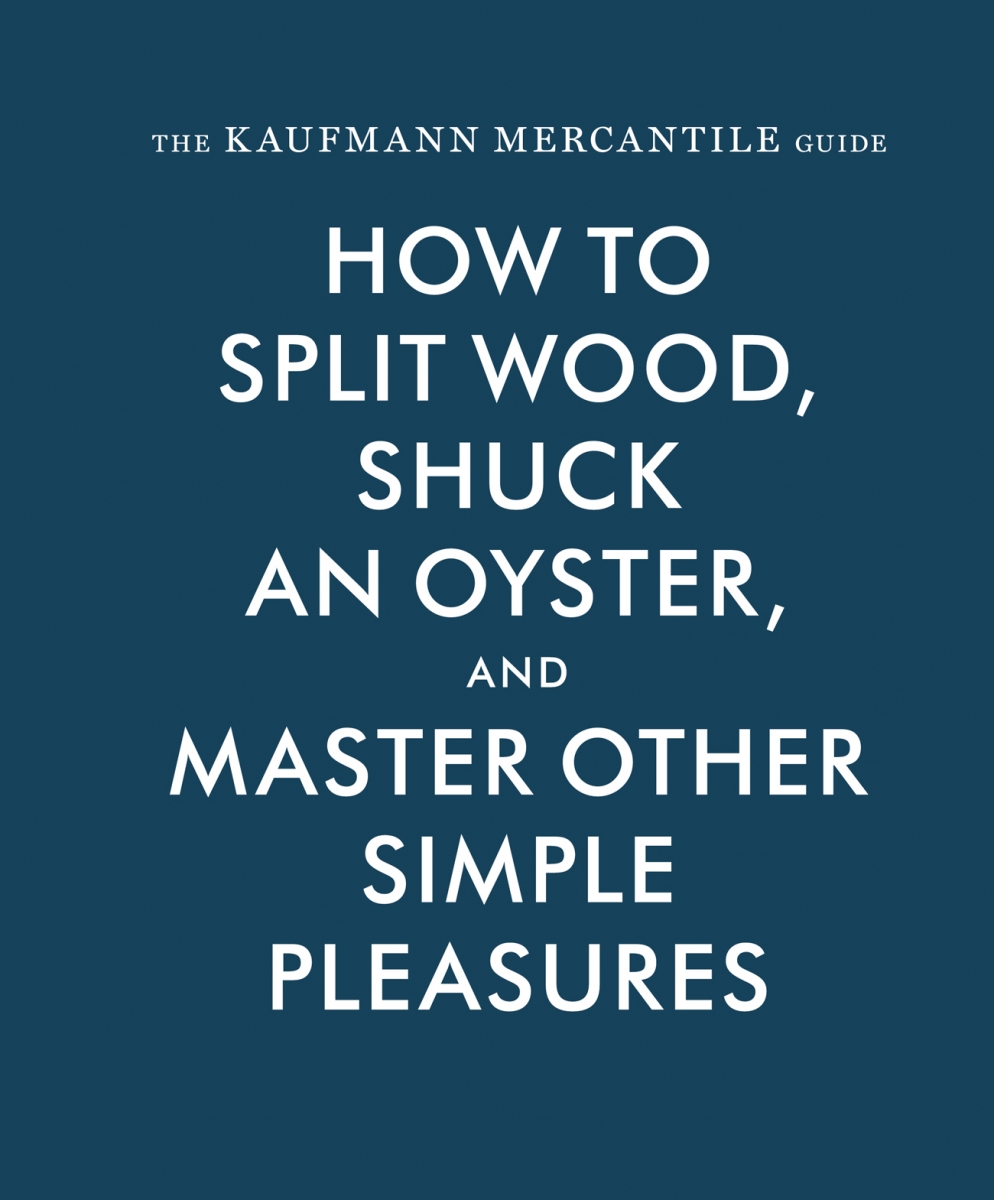 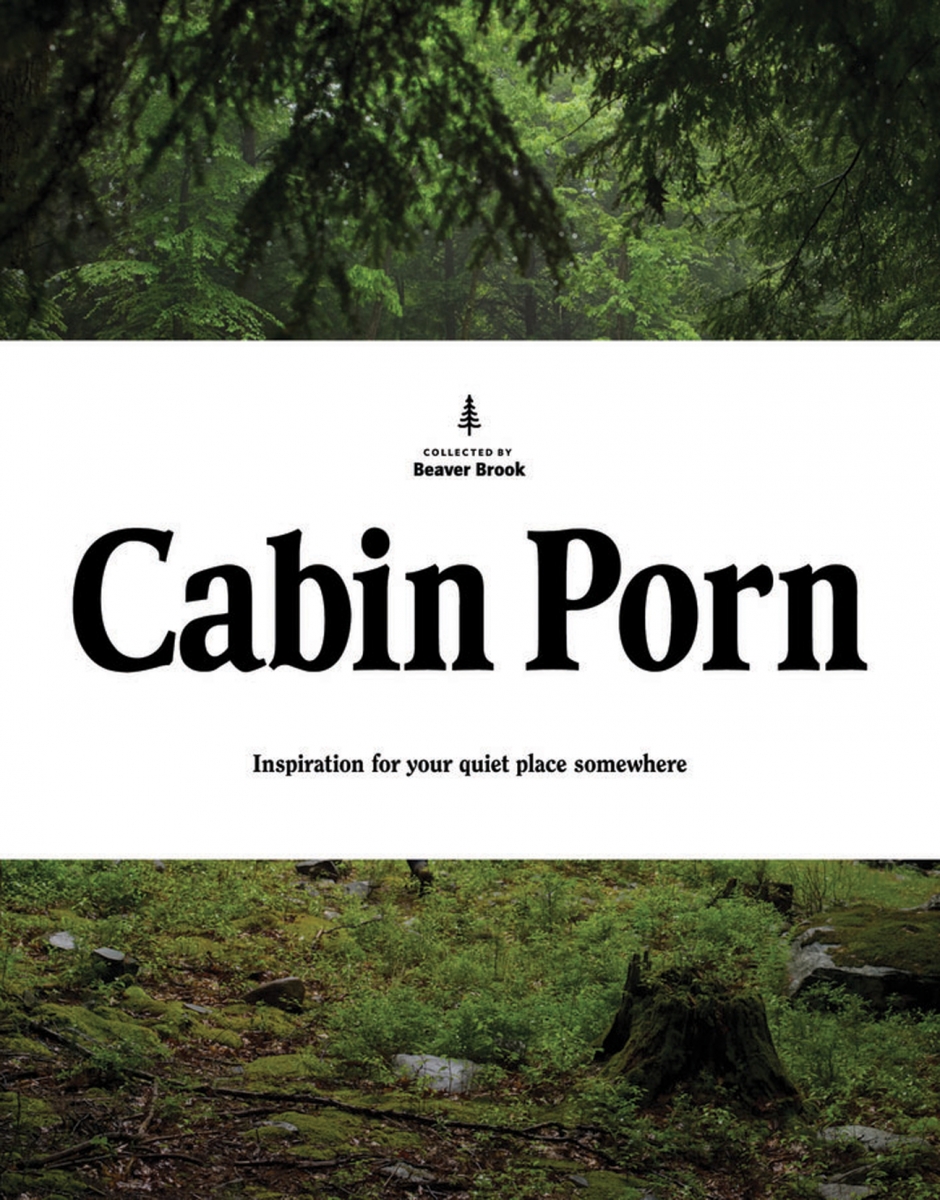 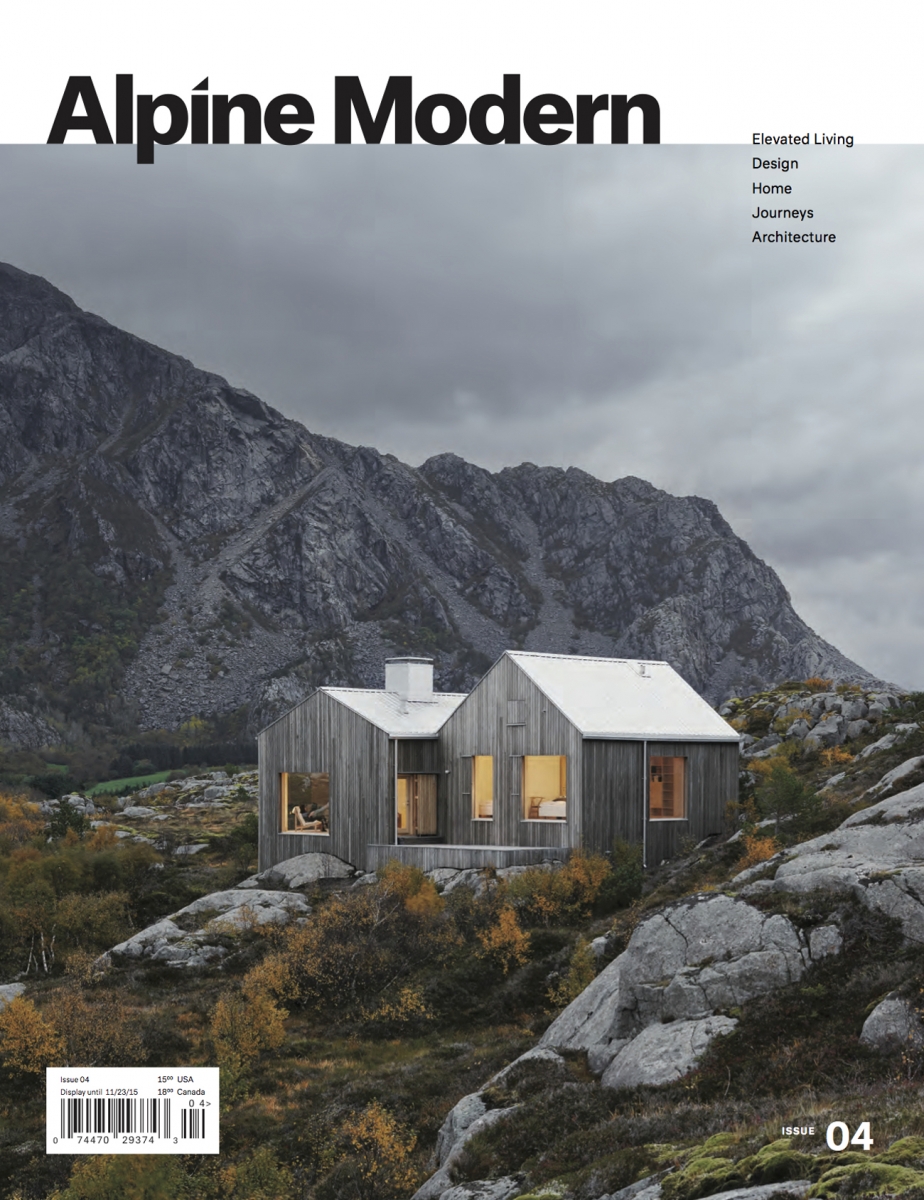 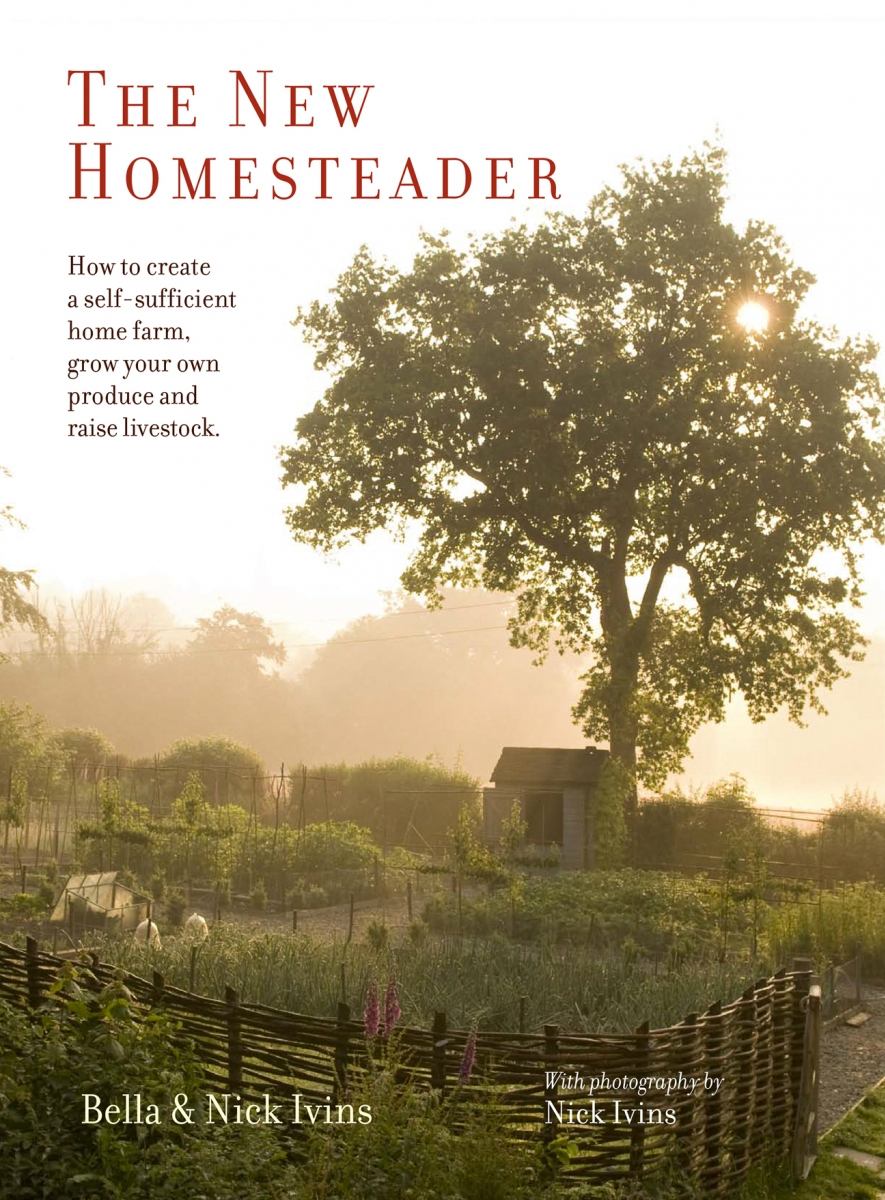 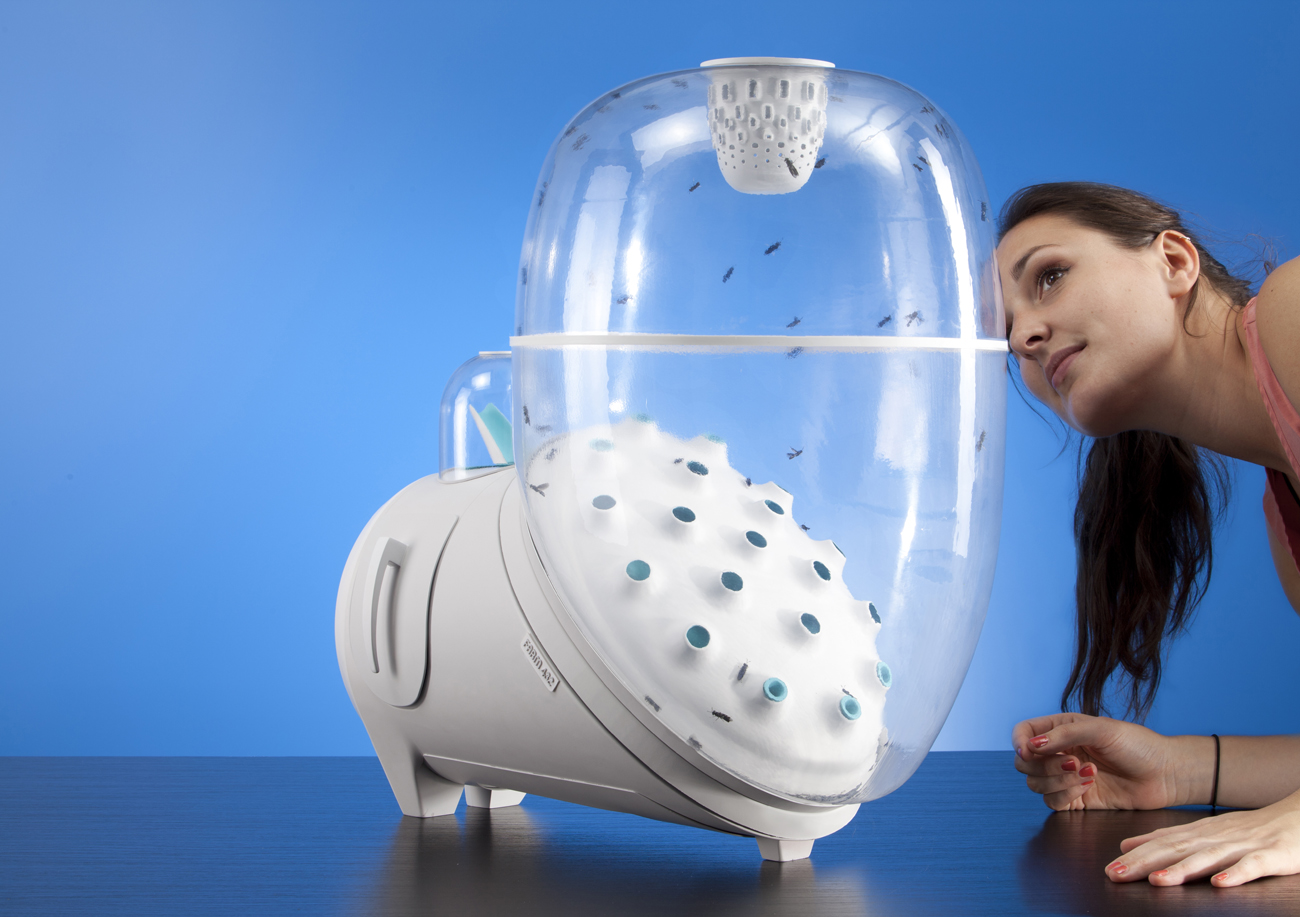 Designer Katharina Unger‘s LIVIN Hive is a desktop breeding tower for edible insects, which has already surpassed its funding goal on Kickstarter.

“Rural” is a barrier we simultaneously build up and transgress in efforts to atone for the sins of modernity while reaching for whatever hope still remains in the “natural.” Recent interventions by designers into old and new husbandry techniques attempt to bridge the divide by endowing the care and manipulation of animal bodies with a provocative and urbane ethic of sustainability. A roving wool felting machine works to make sheep rearing profitable again, while a parametrically styled rooftop beehive shows a cheery concern for colony collapse. Wendell Berry, the agrarian revivalist of a prior wave, insisted that eating is an agricultural act; the husbandry trend in design aims to make the analogy more palatable. 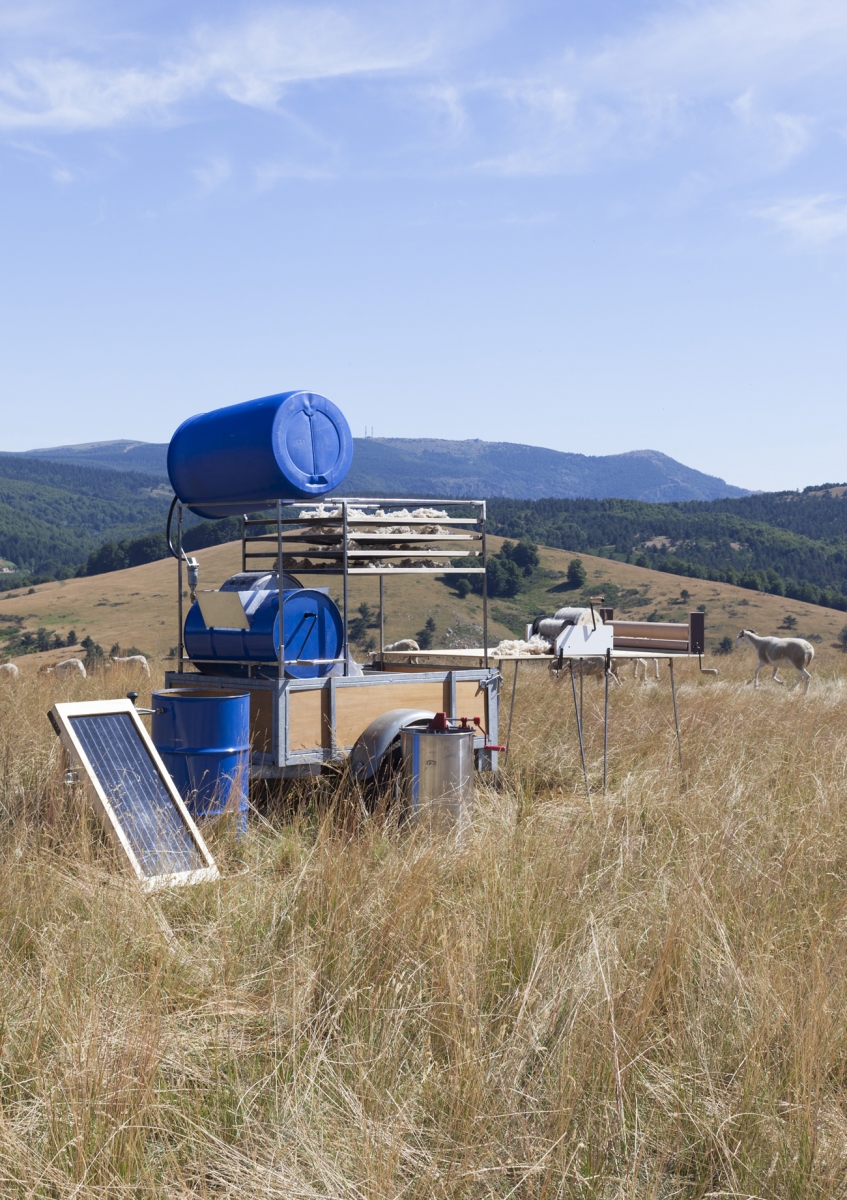 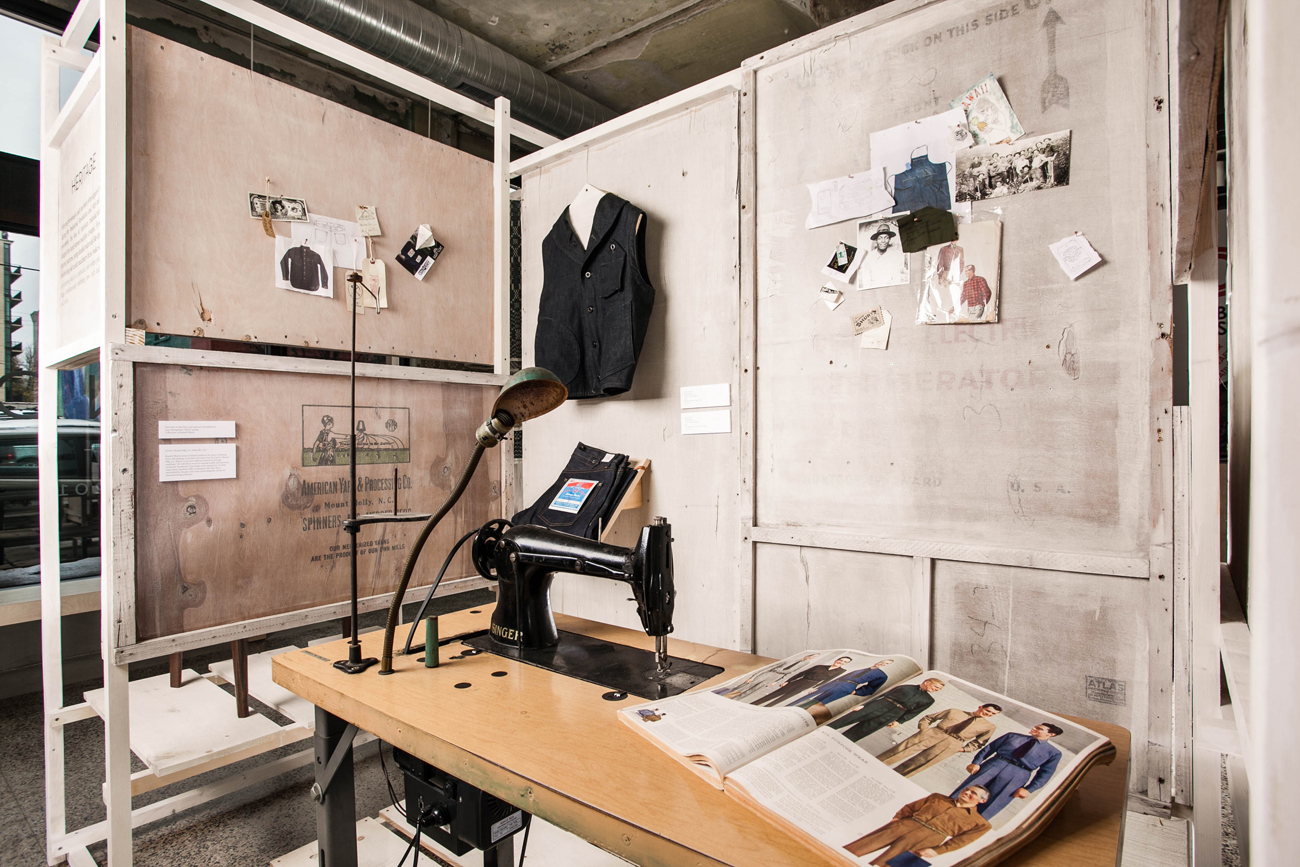 Made in WNC, an exhibition curated by the Center for Craft, Creativity, and Design for WantedDesign, brought together a host of western North Carolina makers from rural areas as well as urban centers.

The vision of a New Bucolia can be almost completely described in household products that render the day a fantasy of warm and brawny luxury. Here, one skips the morning gym routine and instead heroically wields a designer ax, contoured ergonomically to split a few logs for the fireplace. The commute is replaced by a moment of reflection watching a gentle pour-over slowly come to brew atop an austere Shaker trestle table. To round out the afternoon, a smartphone encased in a locally salvaged veneer helps pull the trigger on a long-overdue stock trade. The mood is of a quiet, earthy resourcefulness made comfy and frictionless by the palpable hand of design, eliminating the breaking of sweat or nail. 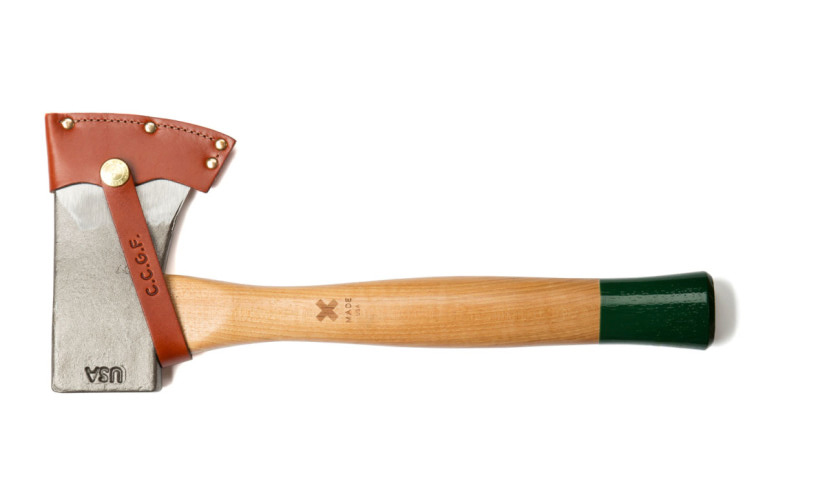 The American Felling Axes are among the iconic tools from Best Made Company, which was founded by designer Peter Buchanan-Smith in 2009 because he felt the lack of a well-made ax. 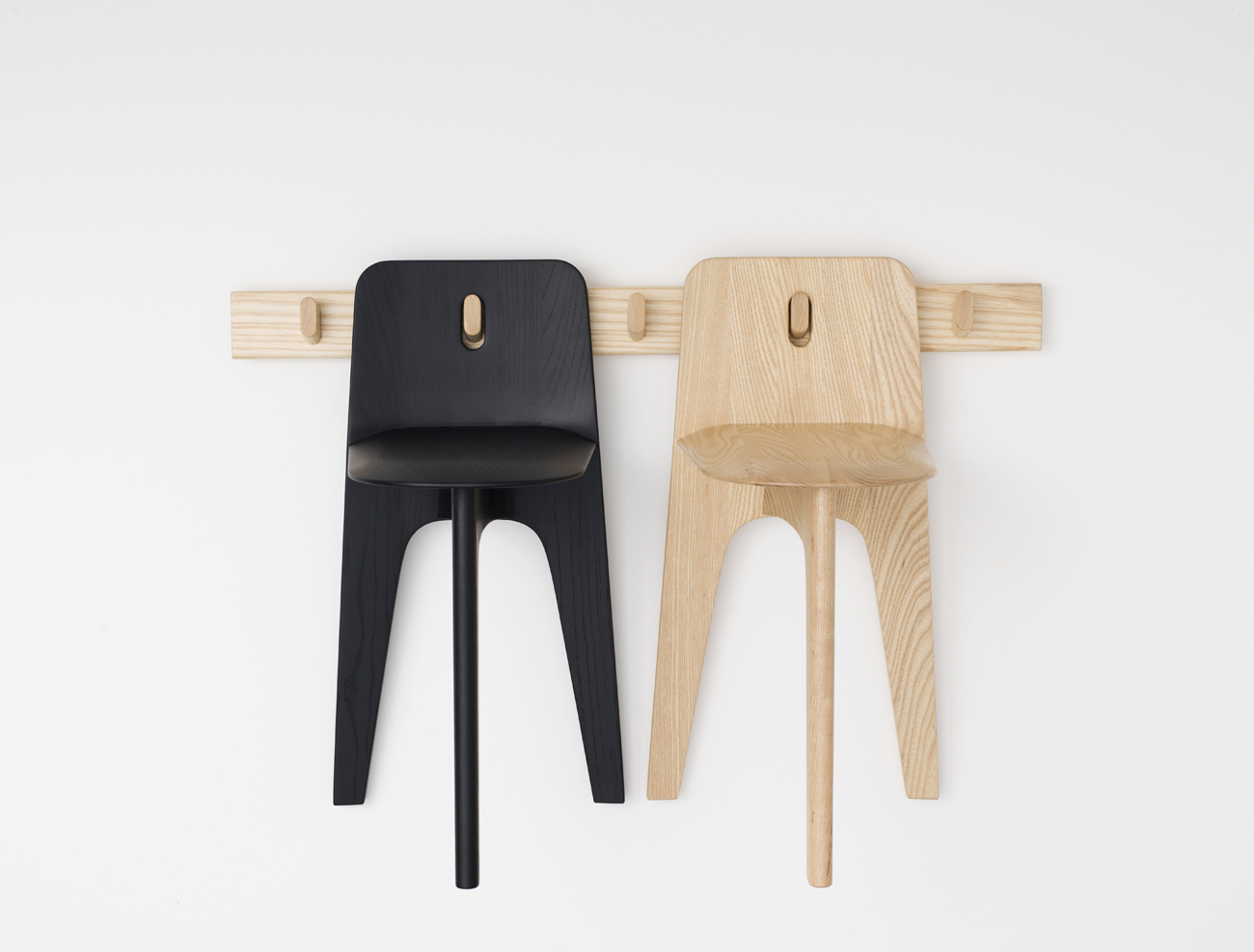 Gabriel Tan’s stove chair, designed to be hung on a wall-mounted peg rail when not in use, is immediately reminiscent of Shaker furniture. 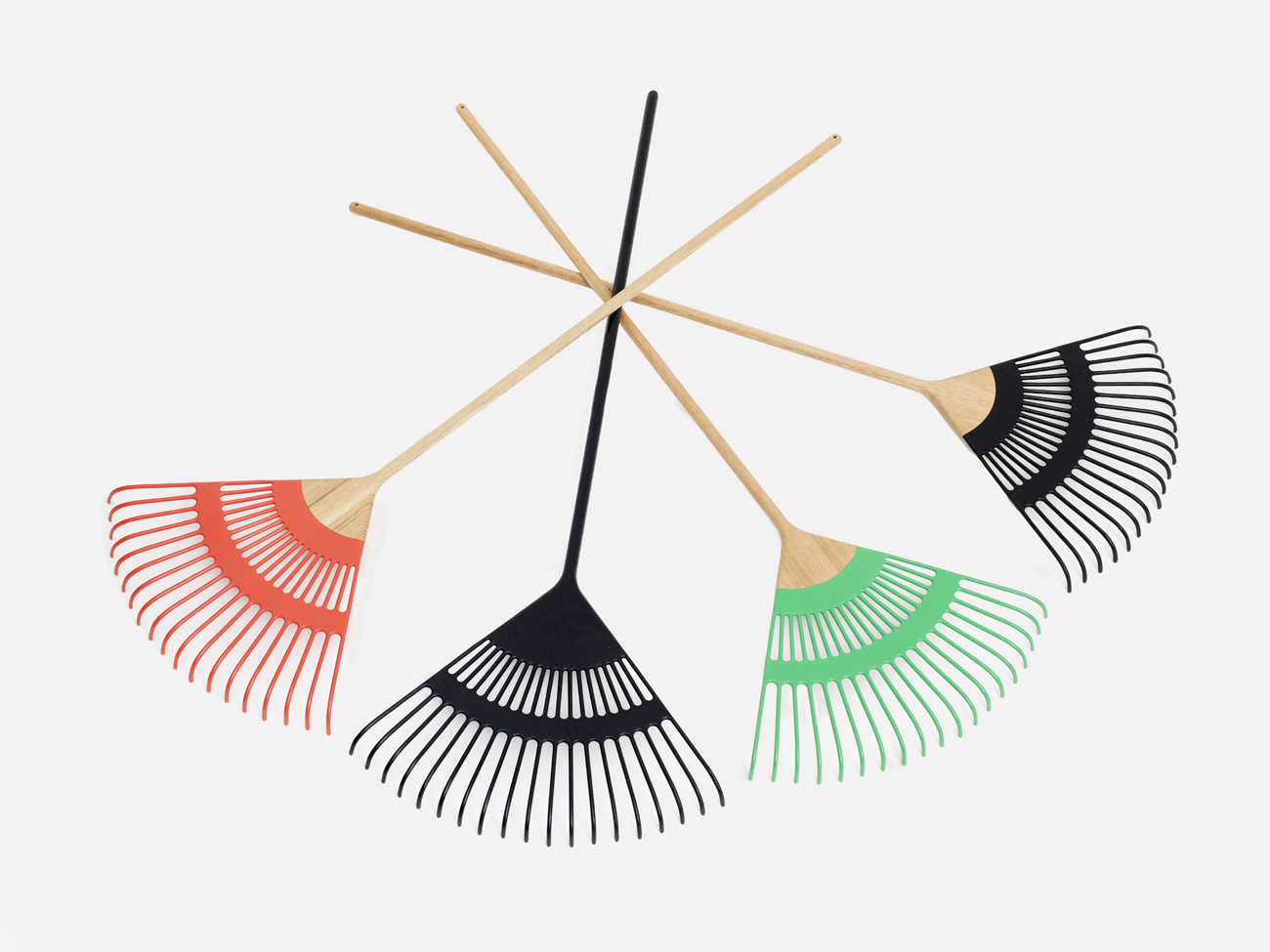 Tan and ten other designers worked with the Hancock Shaker Village and the Mount Lebanon Shaker Museum to create products that interpreted the tradition of rustic minimalism for the exhibition Furnishing Utopia at NYCxDESIGN 2016. Above: Christopher Specce’s Handy Rakes 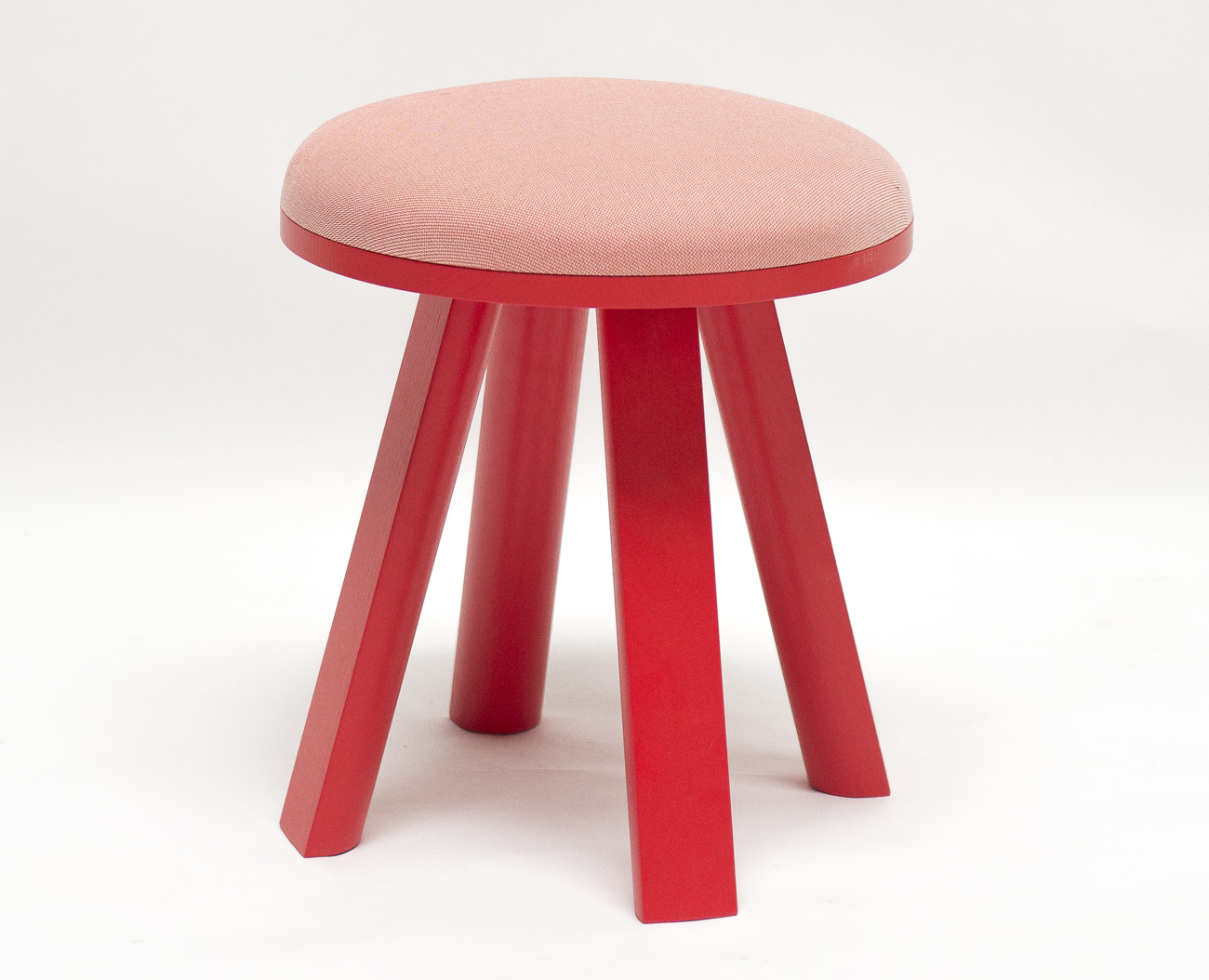 One common prop in this tableau is the high-end, low-elevation milking stool. An unassuming perch, it signals the freedom of someone who can afford to live slowly. Still, these stools—many of them proudly crafted by numerically controlled robots with drills—are not for milking Bertha out in the barn, but perhaps for helping little ones tie up their bootlaces out in the foyer. Nor are they as likely to assist a potato peeler in the kitchen as they are to support a neat bourbon in the study or to augment the seating arrangement when spontaneous late-night company overflows. The high-end milking stool is neither for tasks nor chores but for spending time, for leisurely activities. 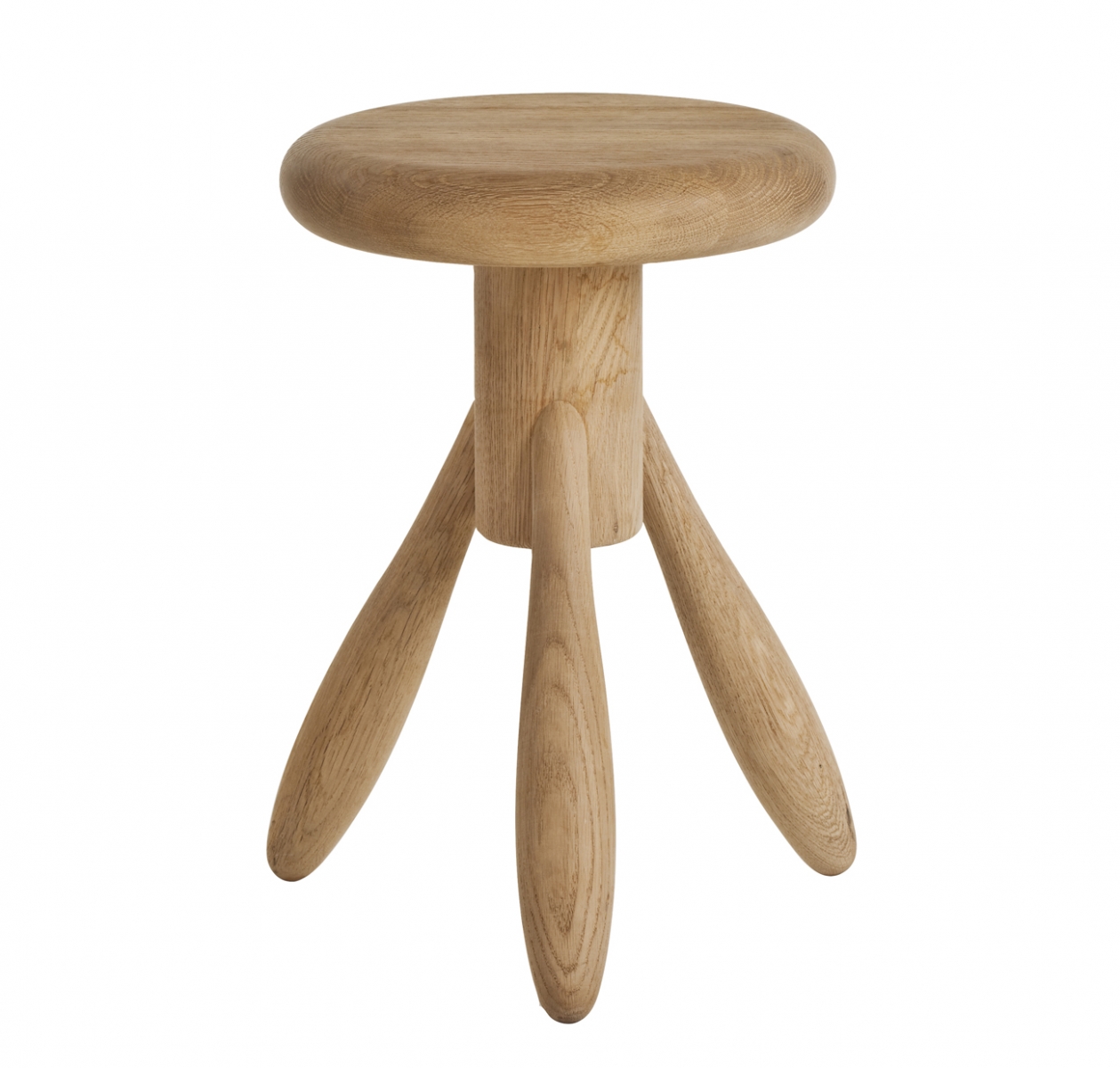 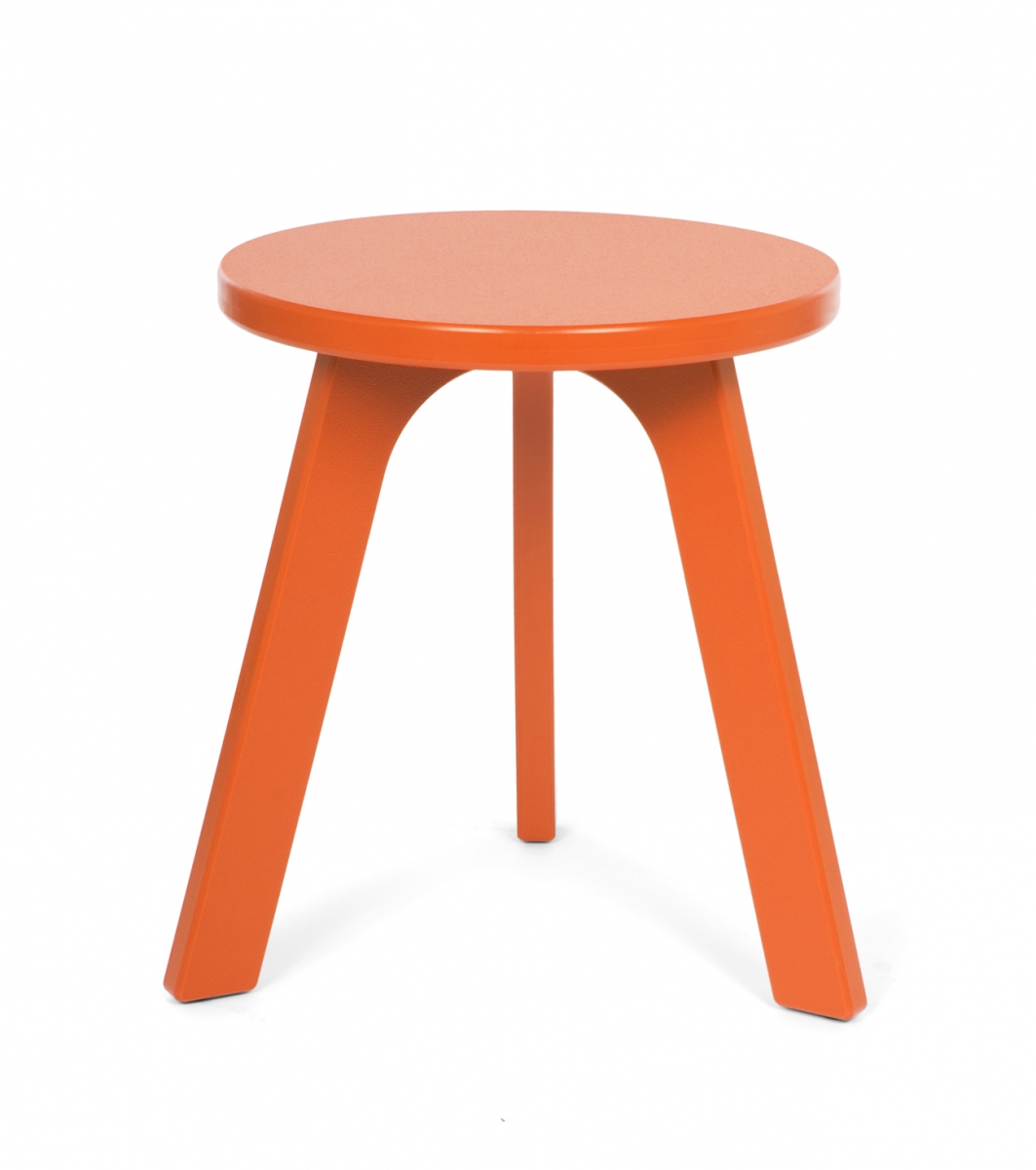 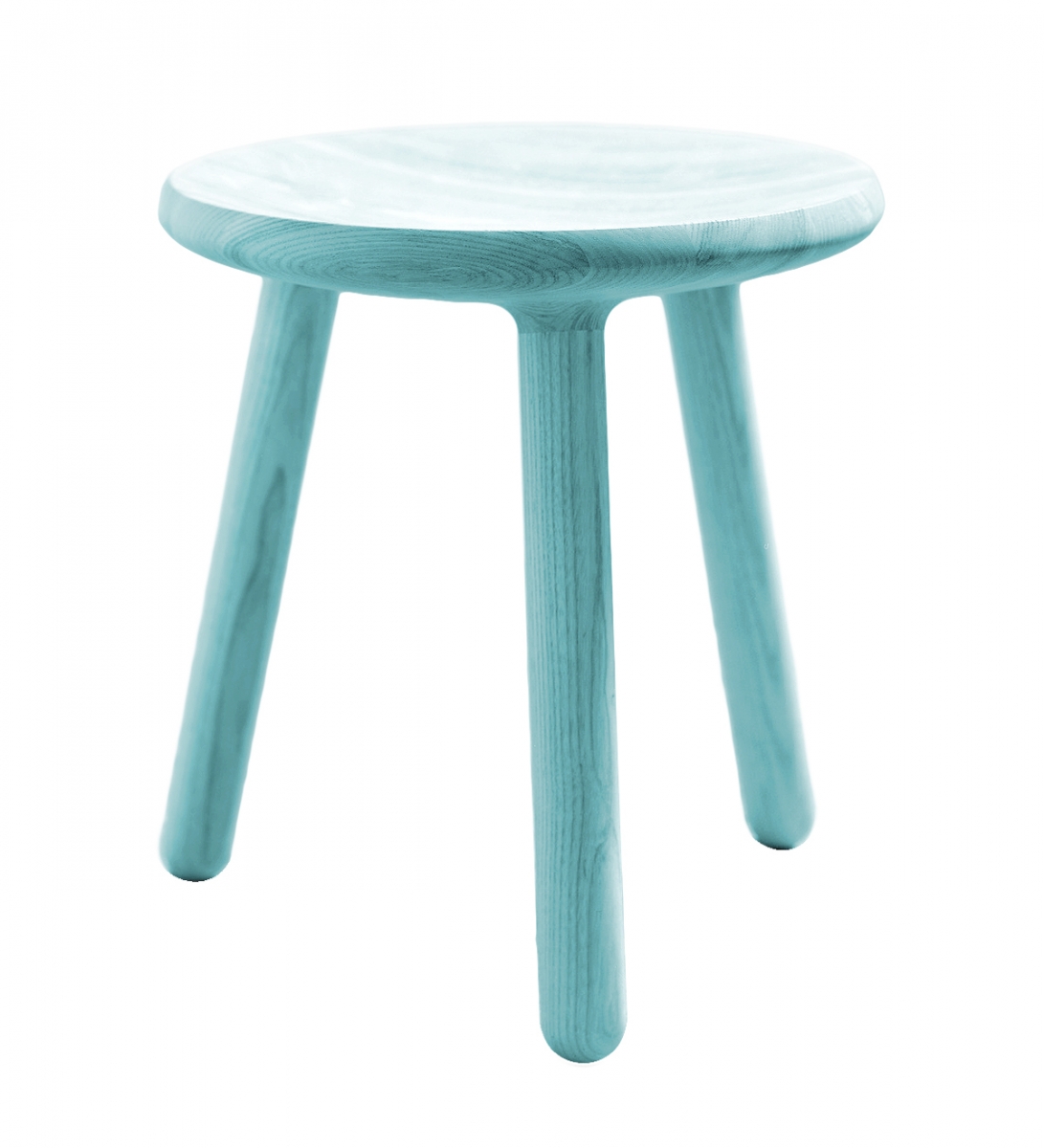 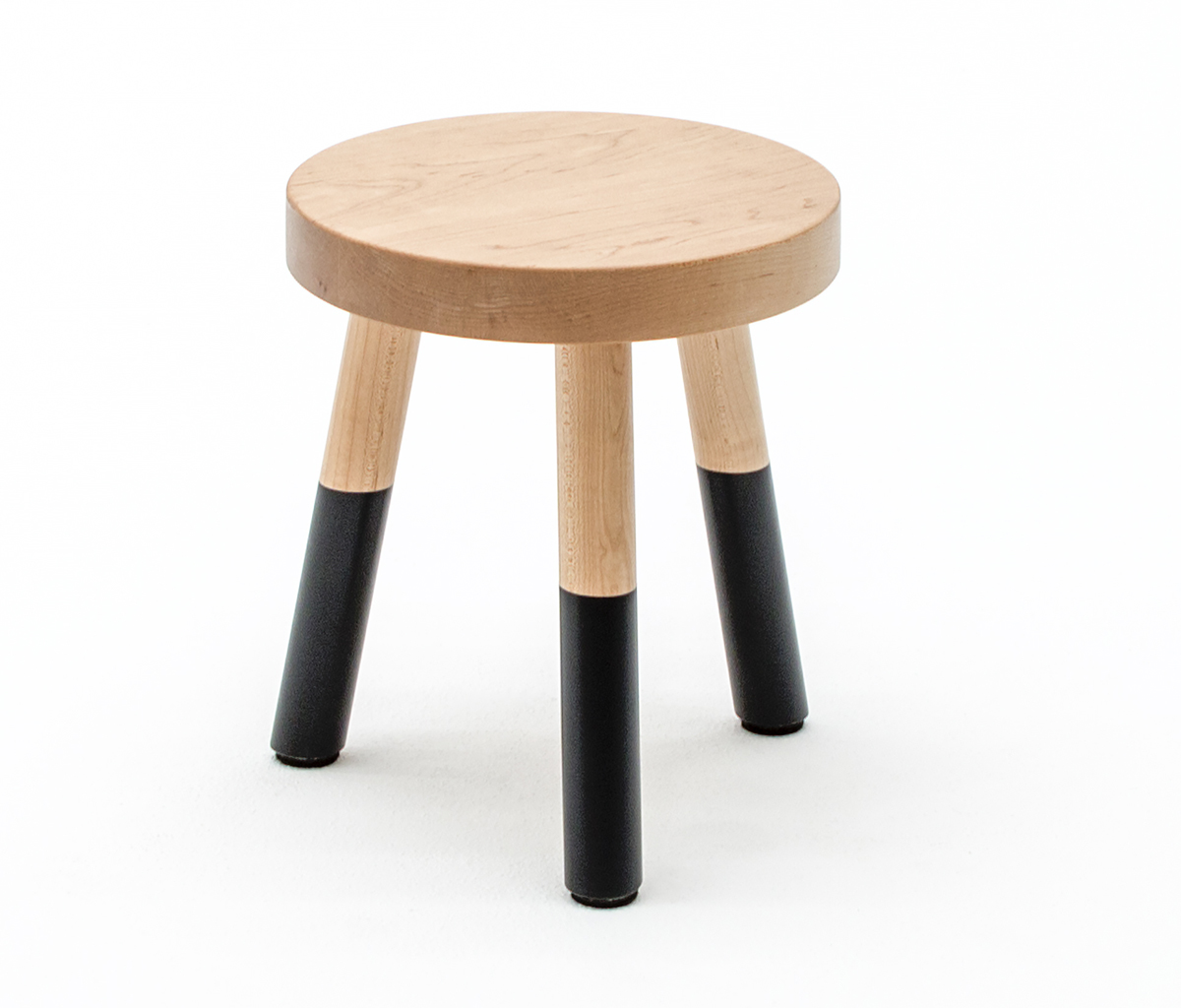 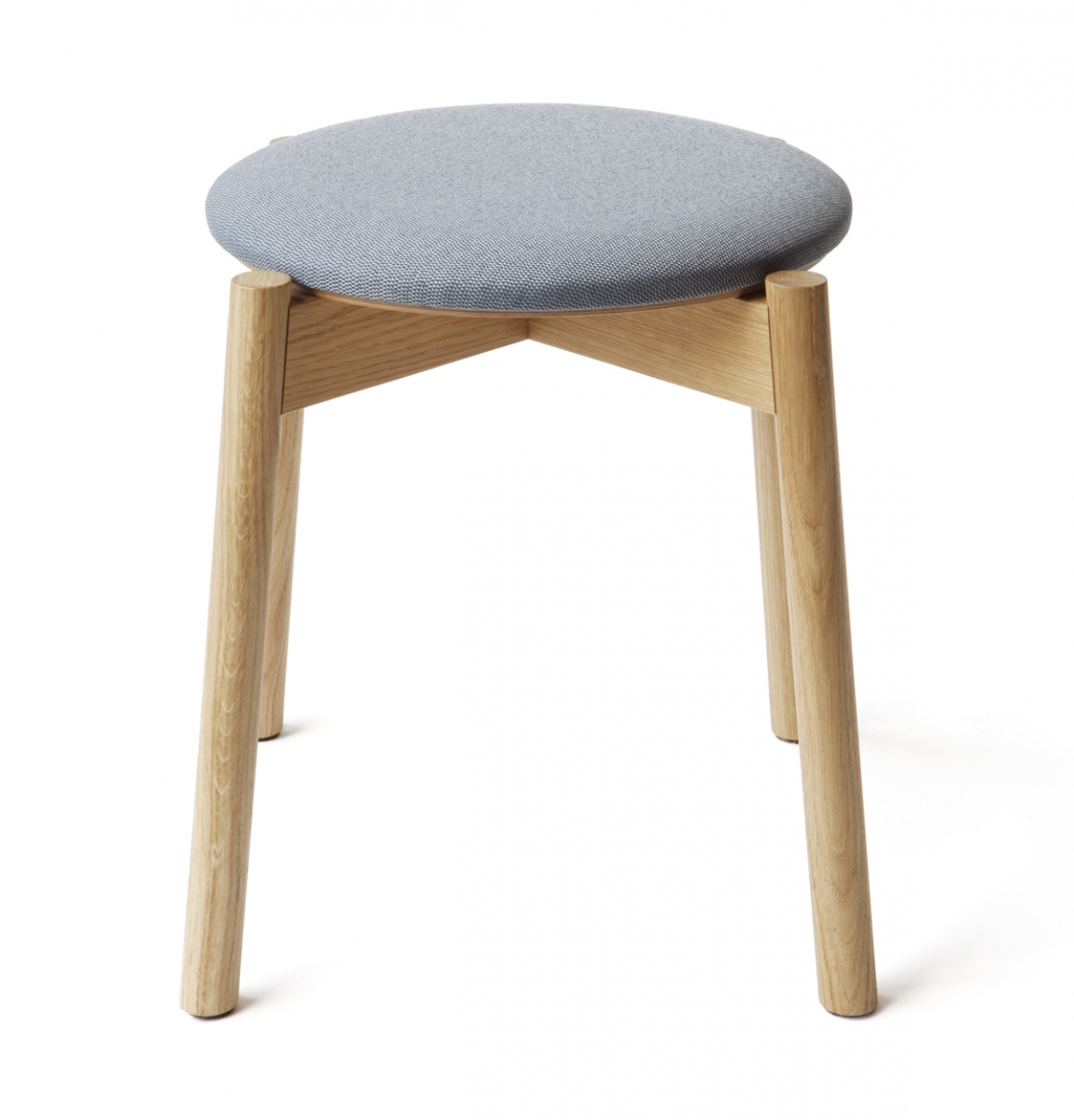 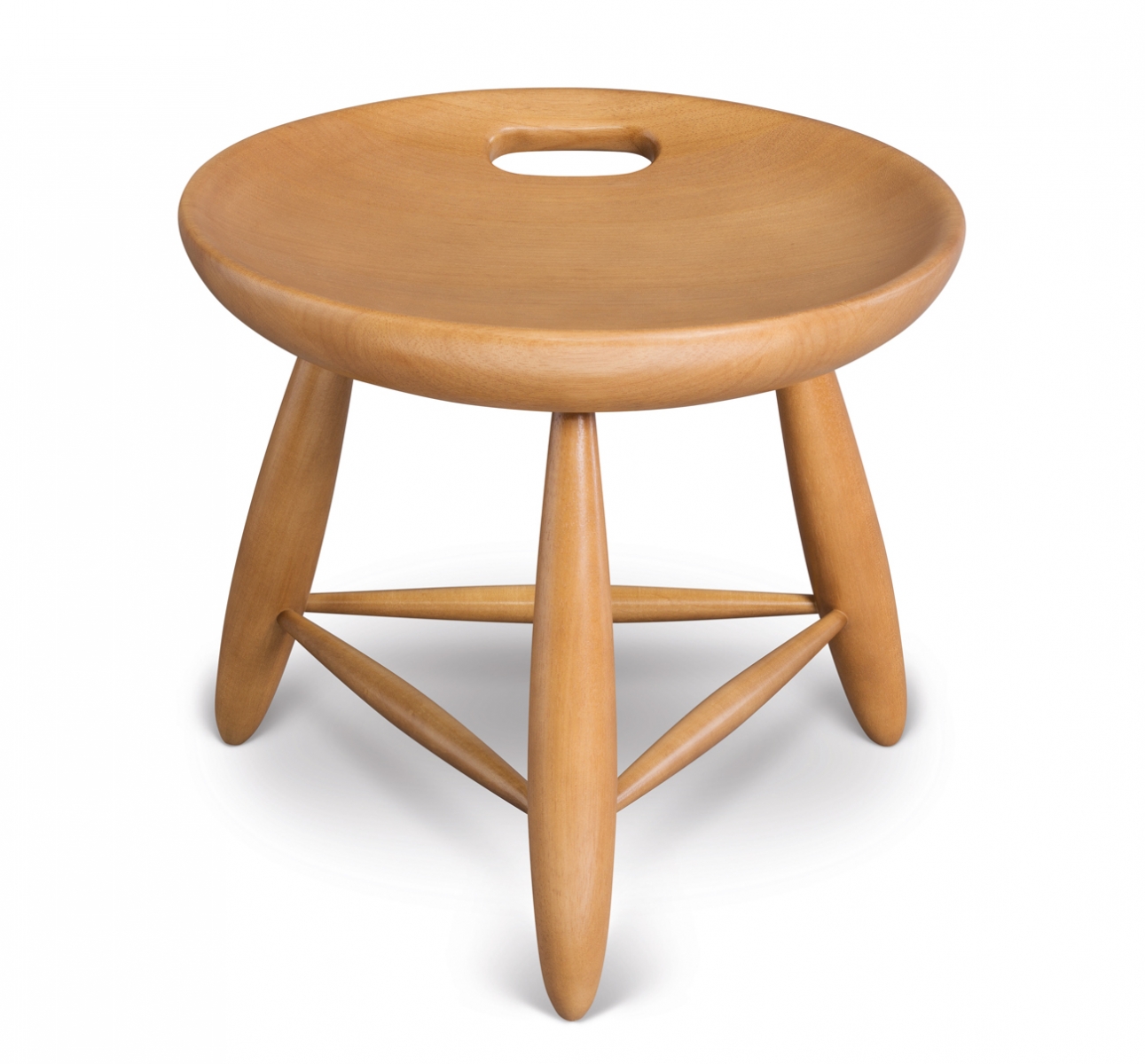